In a city where agriculture is king, it seems fitting that Fort Collins’ newest culinary hub has taken the notion of “farm-to-table” to a very literal level. Jessup Family Farms, a 130-year farmstead once owned by the Jessup family, was revitalized late in 2015 and is now home to an artisan village blistering with life.

Situated on 13 acres of land, at its heart you’ll find a restaurant, a coffee shop, a brewery, a bakery, a boutique, a fitness studio, a barbershop, a photography business and even a vintage watch store— all housed in the white-washed, newly restored structures, now sewn together under a glittering net of lights. 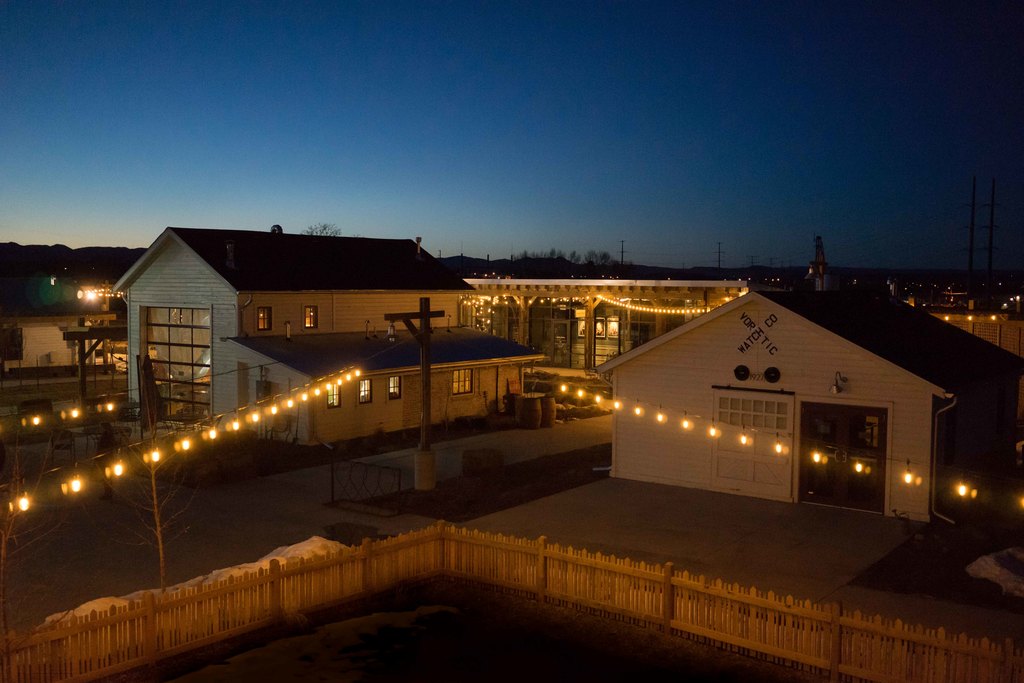 Jessup Farms in Fort Collins. All photography by Brittany Werges

The Barrel House (brewery) and Farmhouse (restaurant) anchor this community and have retrofitted the old barn and farmhouse, respectively.

The Barrel House, with its aging and fermenting operation on the main floor and tasting room on the second, focuses on a unique beer blending program crafted by Jeff Albarella—a Great American Beer Festival winner with an education from the prestigious Siebel Institute’s World Brewing Academy. Albarella has a novel approach to his beer offerings since his main focus is not on the actual brewing. Instead, the Barrel House crafts its base beer out of Fort Collins’ Funkwerks, then brings it in-house for an extensive process of fermenting, barrel aging and blending. 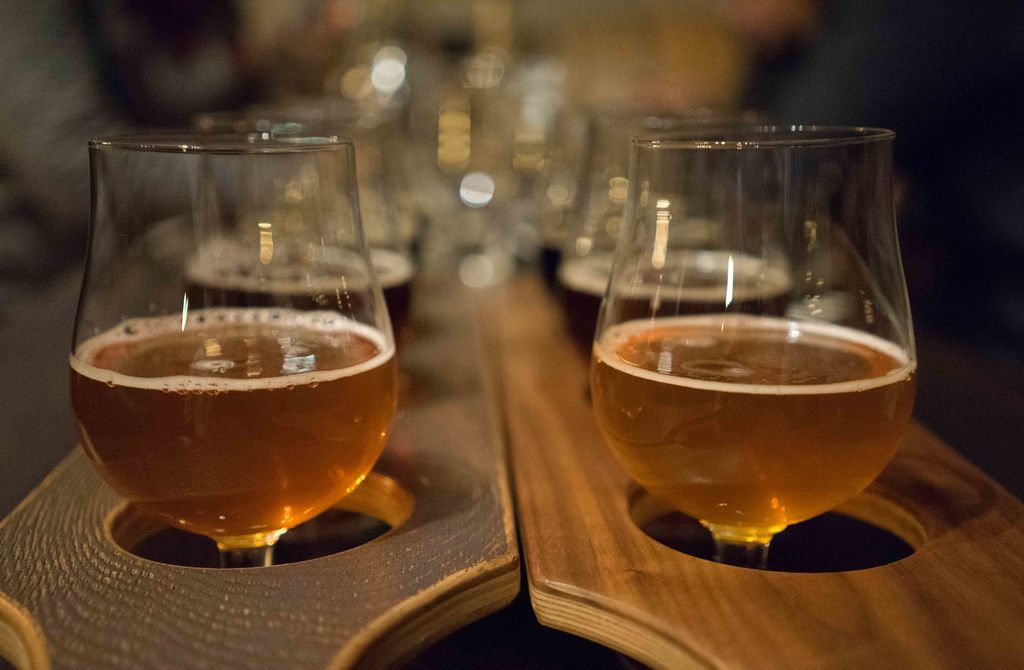 The Barrel House beer flights. The beers age in everything from whiskey, rum and tequila barrels.

What’s most interesting, though, is that Albarella brings the consumer in on the development of his brews by offering flights ($9-$16) where you can compare and contrast base beers over the barrel aged or fermented renditions. Visitors are able to dissect the impacts of Albarella’s alterations, and will likely leave with a deeper understanding of barrel aging and fermentation made intuitive by taste. 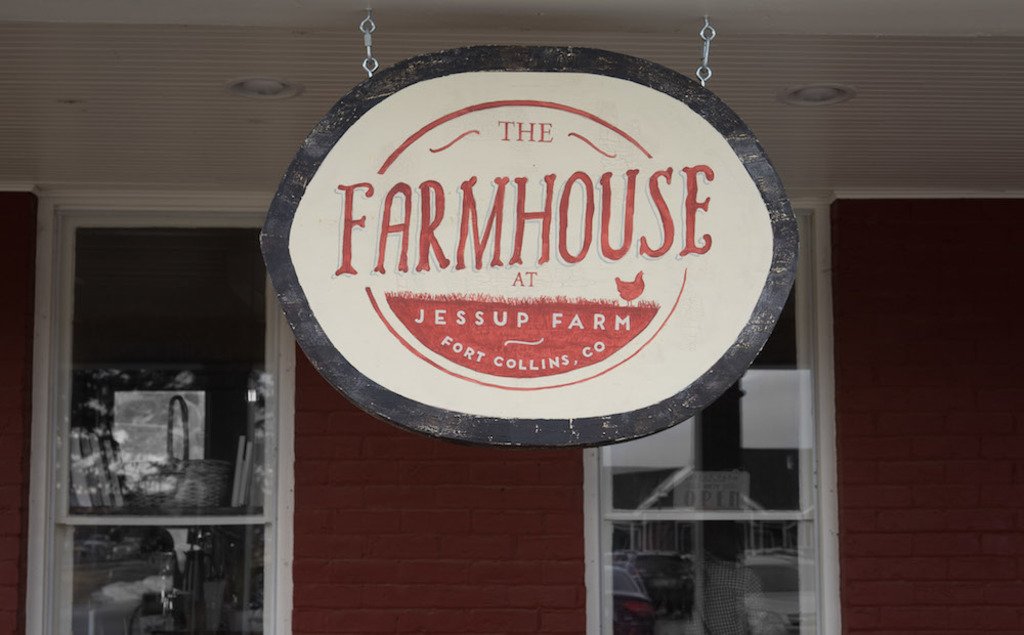 The Farmhouse at Jessup Farm.

The Farmhouse, located diagonally from the brewery, provides a more broad experience with a full-fledged restaurant open six days a week with lunch on weekdays and brunch on Saturdays and Sundays. The restaurant boasts a locally-minded menu with most of its ingredients coming from nearby farms, or from its property—including a portion of its eggs, which come from a chicken coop out back. While only a quarter of an acre of Jessup Farms is currently being used for harvest, plans are in the works to make more of Jessup’s land viable for production. 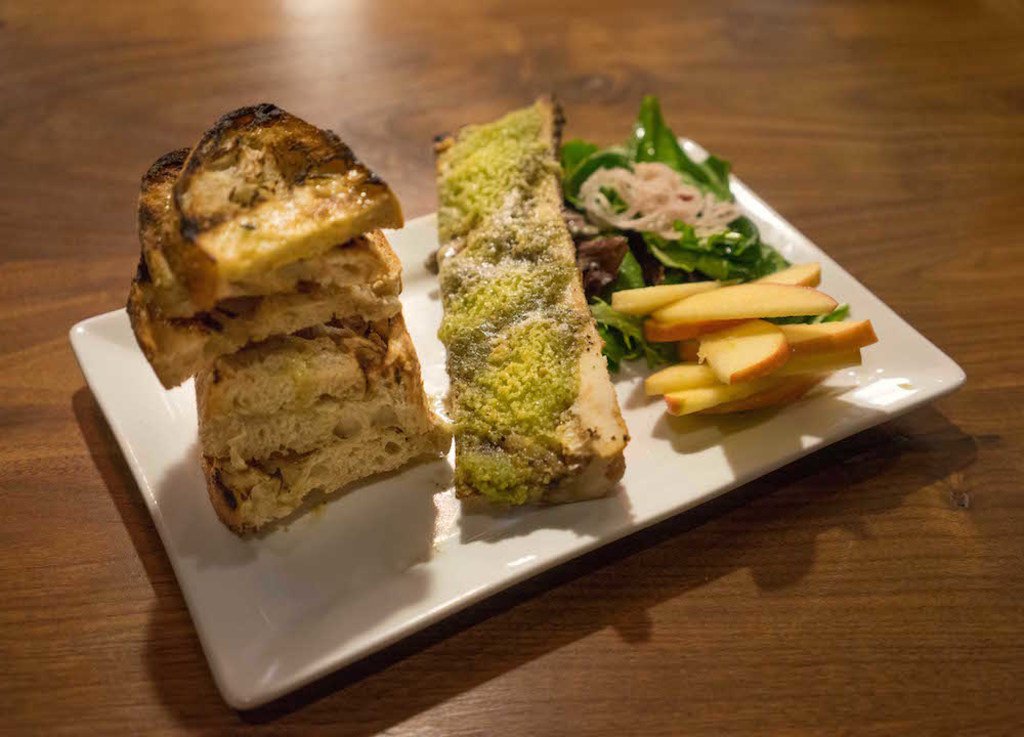 Bison Bone Marrow comes topped with gremolata pesto, a side of greens, pickled shallots and apple ($8.95)

Highlights of the menu are mainly hearty, homestyle comfort foods. Recommended starters include the bison bone marrow ($8.95), which is a welcomed departure from your typical beef bone marrow, and the pretzel knots ($6.95) that are thick, doughy and utterly satisfying. For the main course, the fried chicken ($17) does its job and is served hot and crispy with a side of smoky white beans, cabbage and a house-made biscuit. The skillet pot pie ($13.95) also won’t leave you wanting, with its bountiful serving ladled in a cast iron skillet that comes crowned with a flaky layer of pastry. 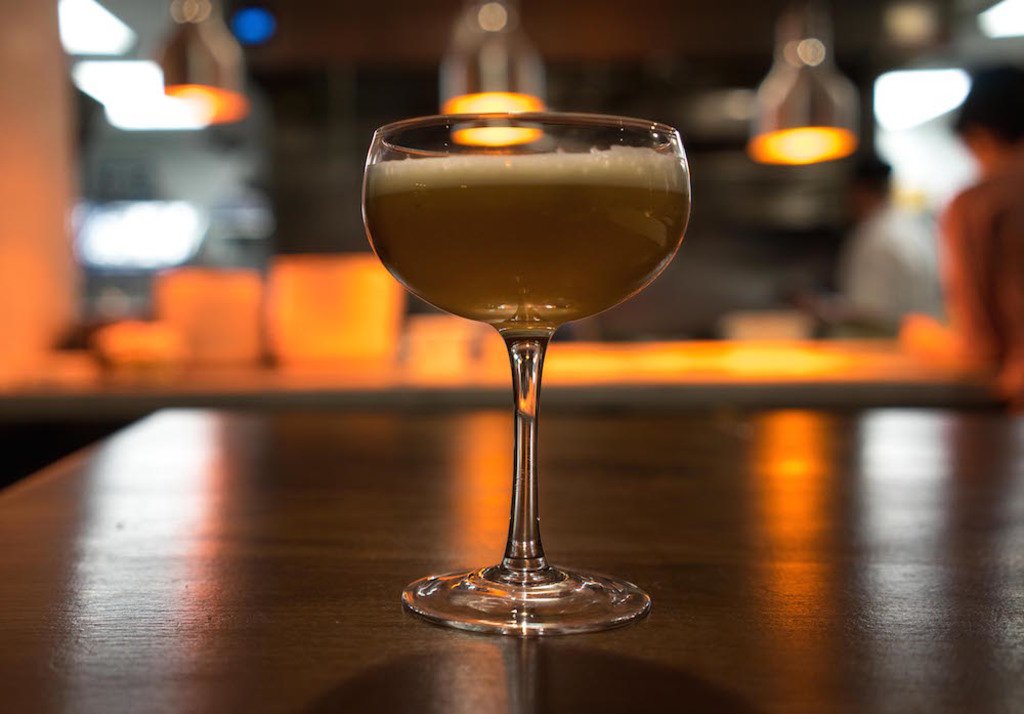 Make sure to sample the cocktail program at the Farmhouse. Either sit at the bar and let the exceptionally skilled bar staff whip you up something new or give any one of the Farmhouse cocktails ($7-$8) a go.

If you’re planning on spending the night up at the Fort, come back to Jessup for Bindle—the resident coffee shop. The standalone store roasts its own beans and makes all its pastries in a tiny kitchen behind the counter. Grab a seat if you can, or on a warmer day, take it to go so you can peruse the grounds.

Going to Jessup definitely warrants the extra time, and for those coming from Denver, the added trek. The revived estate, while modern in function, retains the communal attitude and slower pace anyone familiar with life on a farm would recognize. In this sense, it’s very much a pastoral paradise made perfect for Fort Collins.

Jessup Farms is located at 1957 Jessup Dr, Fort Collins. Go here to get hours for each location 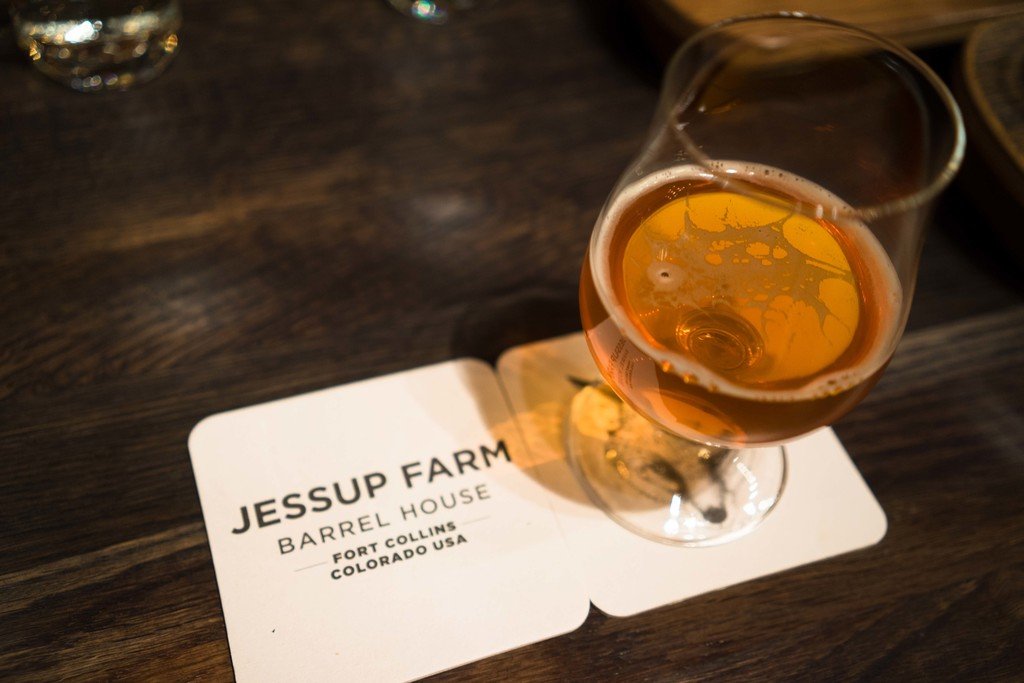 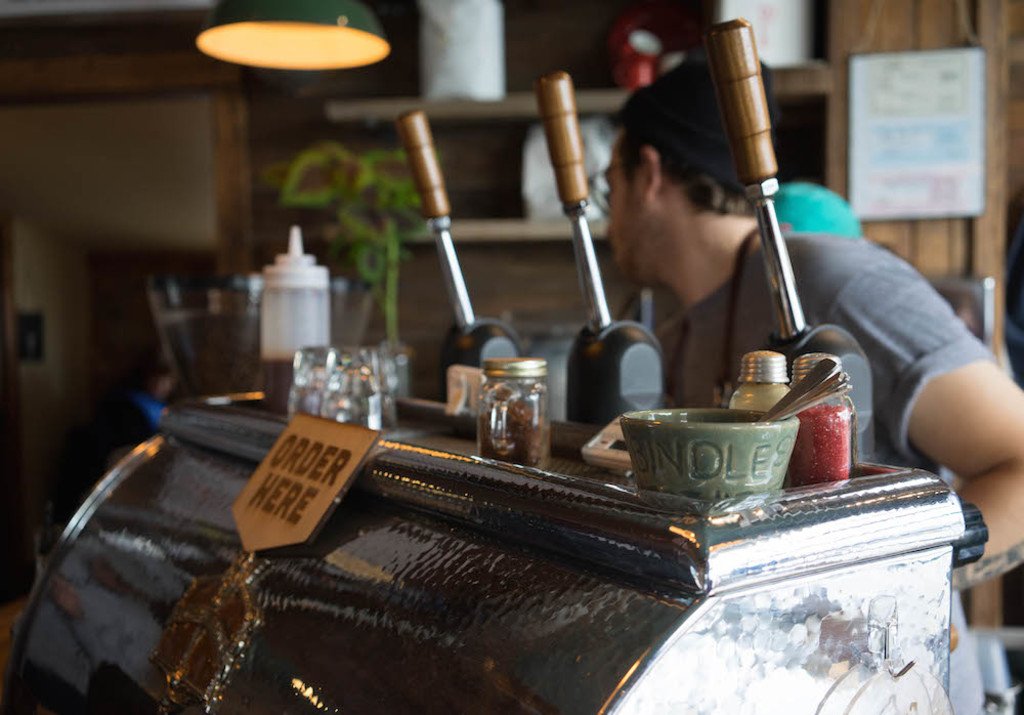 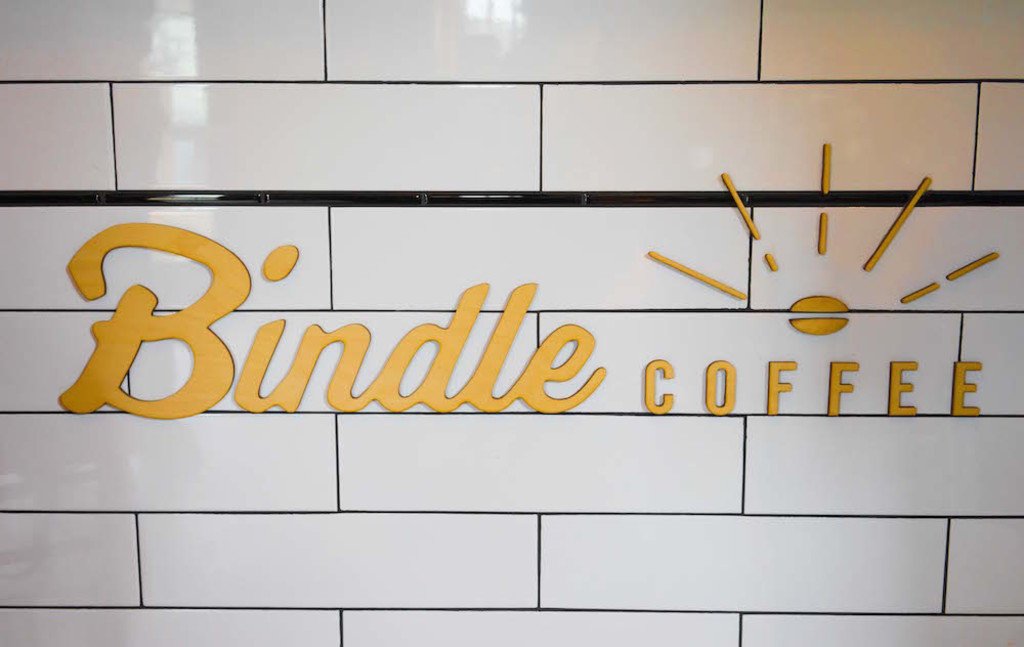 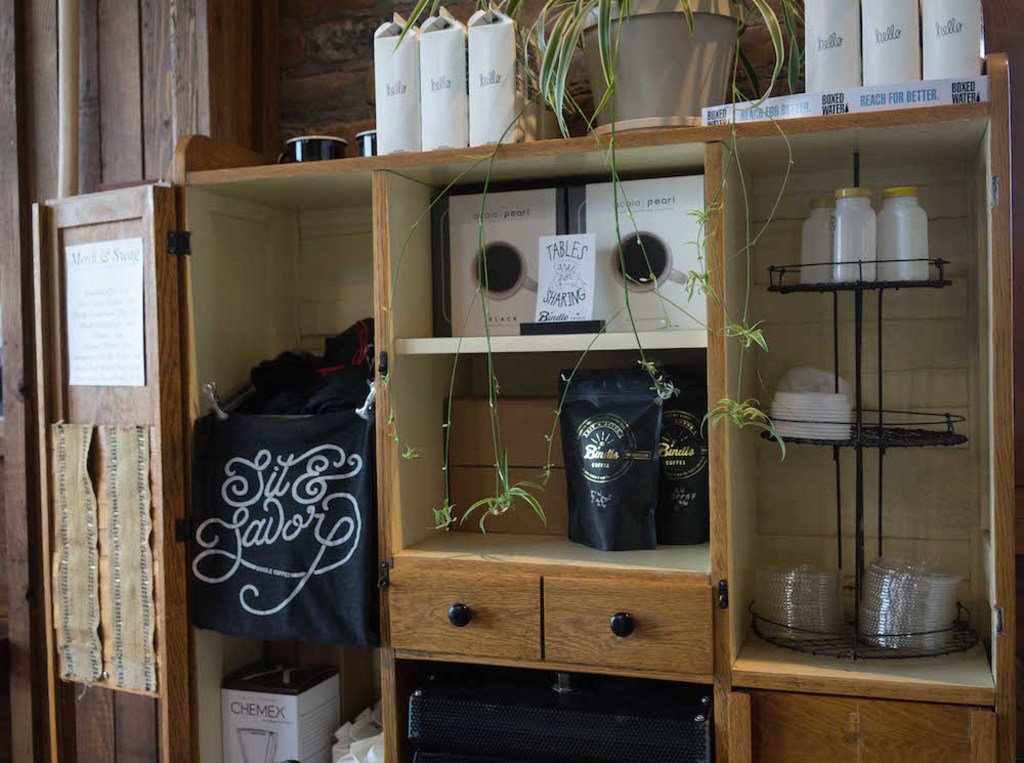 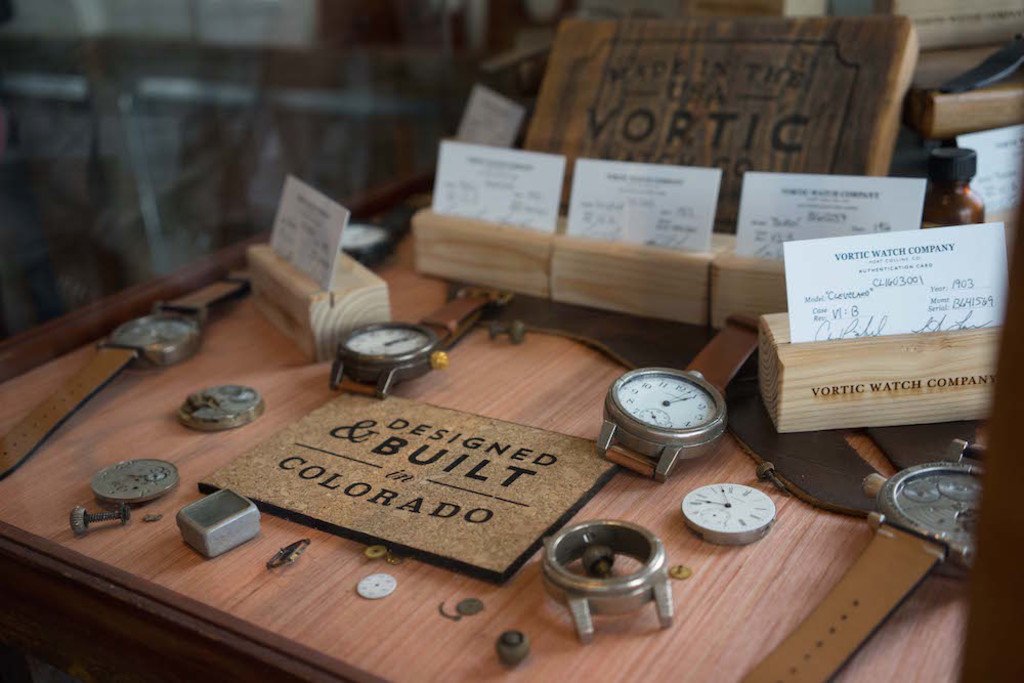 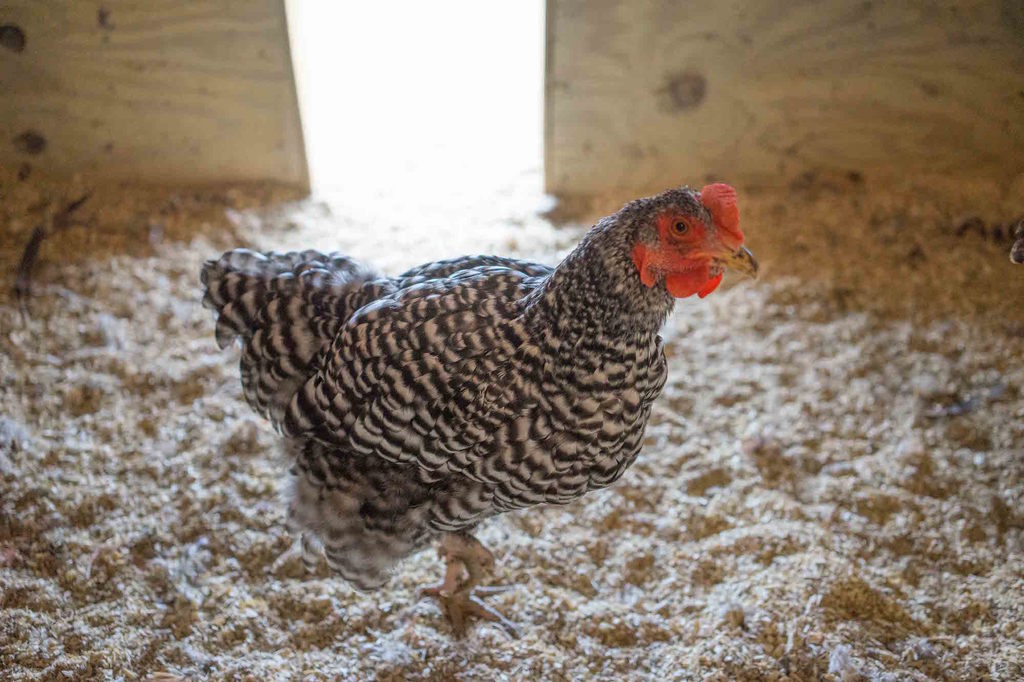 Chicken coop at the Farmhouse. 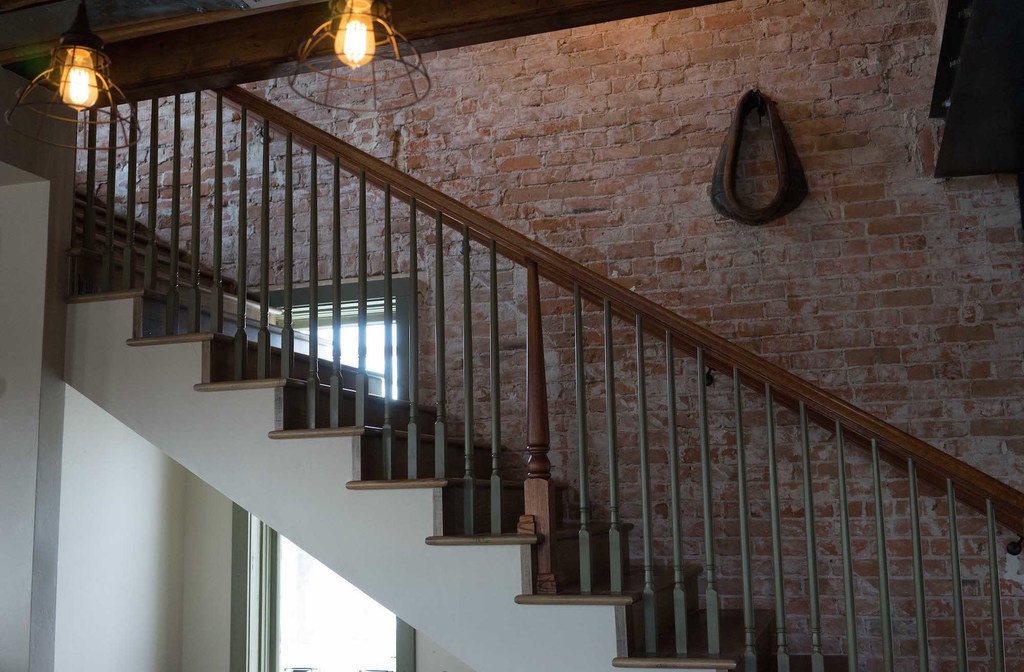 Decor at the Farmhouse includes salvaged artifacts from the farm and the surrounding area including old church pews and railroad ties. 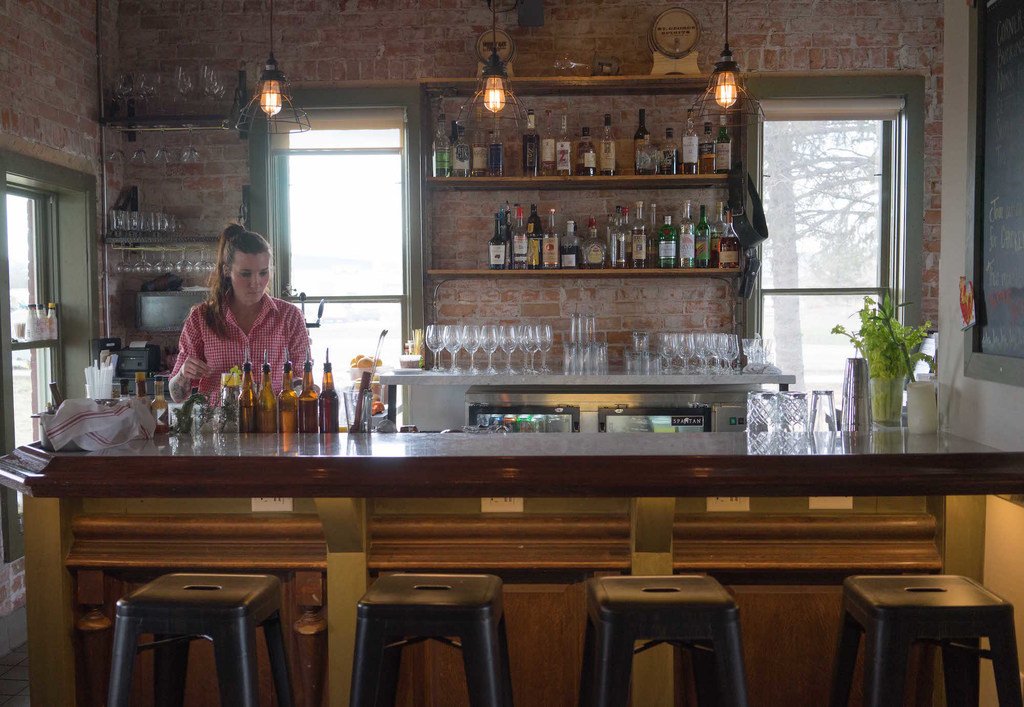 The bar at the Farmhouse. 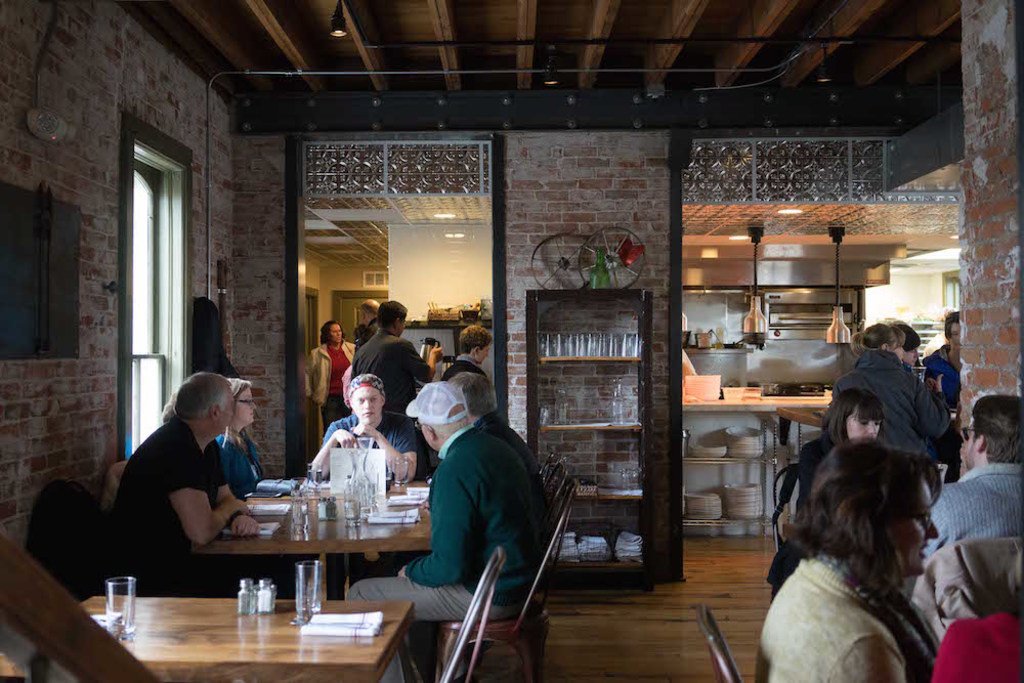 Dining room at the Farmhouse. 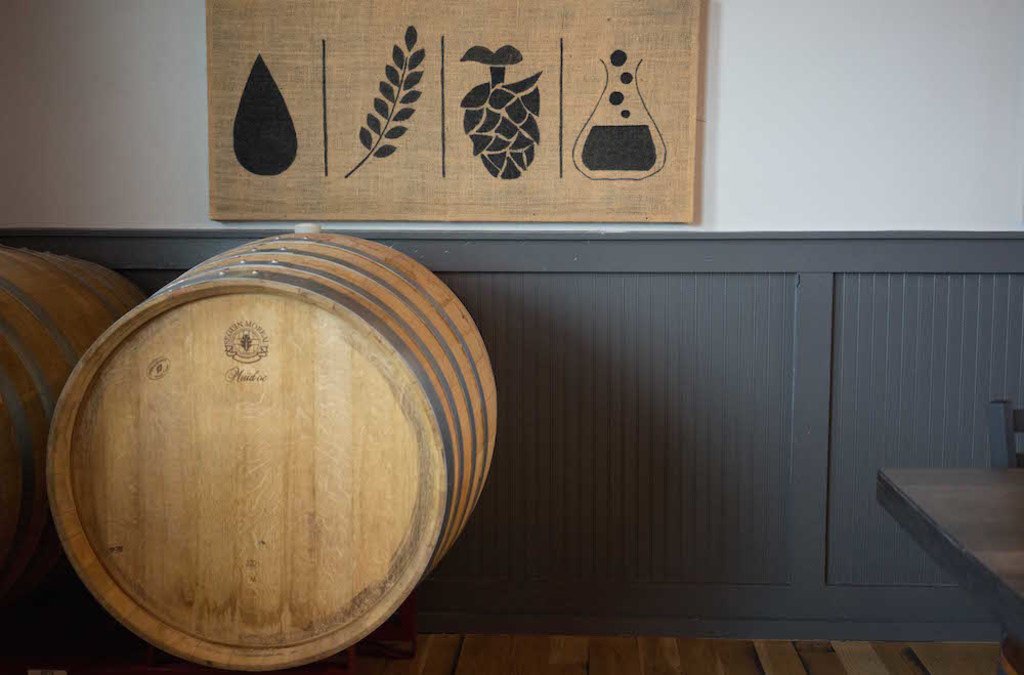 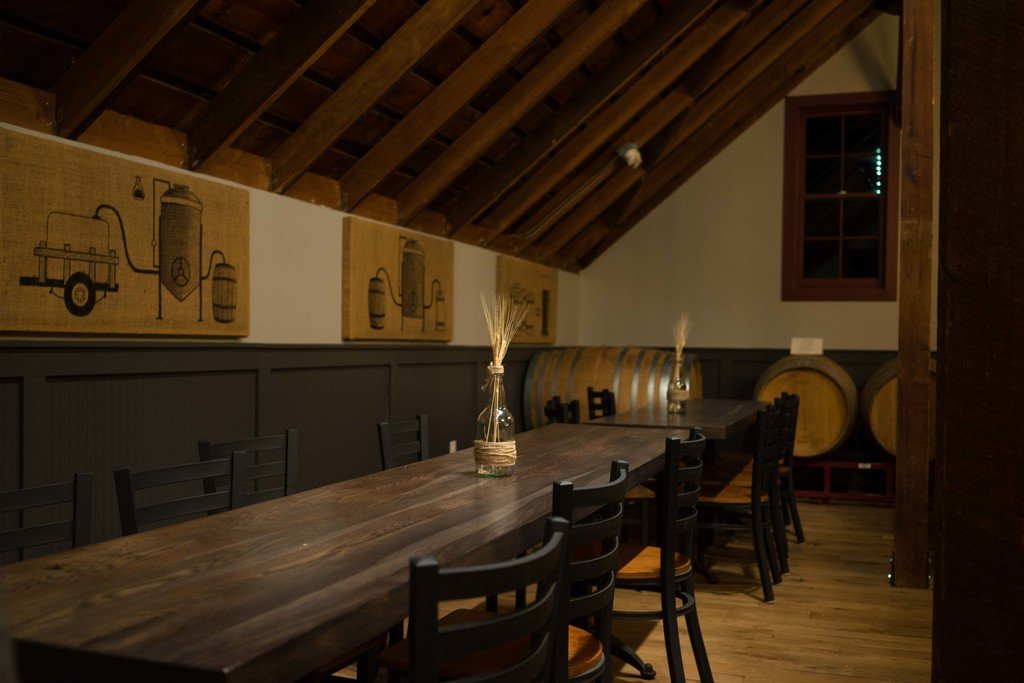