Fashion hit it hard this week. From California to Copenhagen, everyone seemed to have a good week.

Designers Tom Ford and fashion house Burberry announced the new system of ‘See Now Buy Immediately,’ which is shaking up the fashion system.

Beyonce released a music video out of the blue named “Formation,” which featured high fashion looks we loved on the queen of pop.

Copenhagen Fashion Week proved once again that they’re ones to watch when it comes to new styles and trends.

And last but not least, Super Bowl 50 was not only a great night for the Broncos and Denver, but also gave us hot looks we loved dissecting.

Here are this week’s top news stories in the world of fashion: 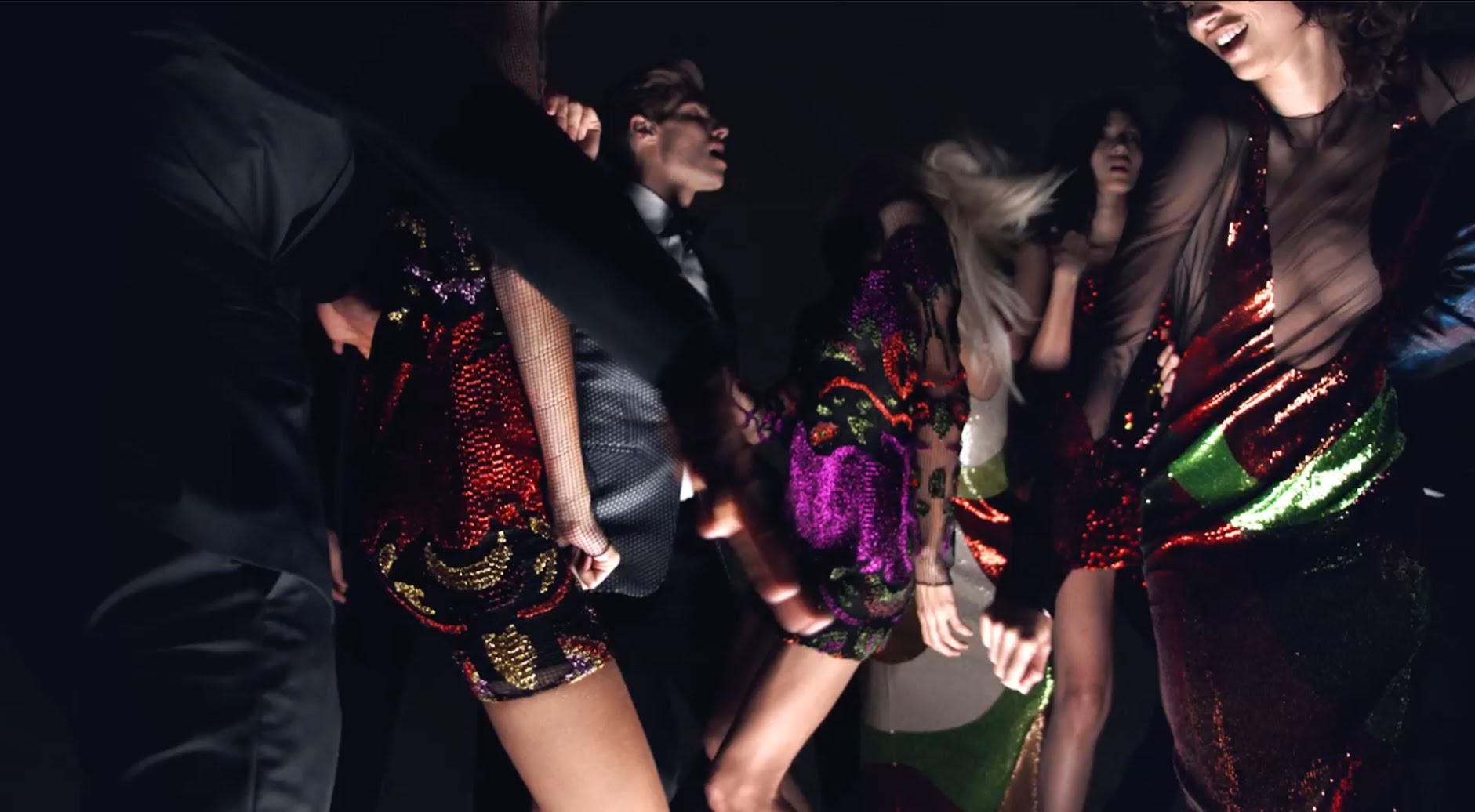 See Now Buy Now is a new concept taking the fashion industry by storm. The fashion house of Burberry has joined this revolutionary idea, and just last week Tom Ford announced that he’ll be doing the same. This news is major and may reconfigure the entire fashion industry, creating a new system we’ll have to get used to. Ford’s show for fall 2016 was scheduled for next week in New York. But the move has been made to September, which will feature both his men’s and women’s collections.

The idea behind See Now Buy Now is essentially this: When the collections showcase on the runway, buyers will be able to shop immediately at stores and online.“In a world that has become increasingly immediate, the current way of showing a collection four months before it is available to customers is an antiquated idea and one that no longer makes sense,” Ford said in a press release. “Our customers today want a collection that is immediately available…Showing the collection as it arrives in stores will remedy this, and allow the excitement that is created by a show or event to drive sales and satisfy our customers’ increasing desire to have their clothes as they are ready to wear them.” 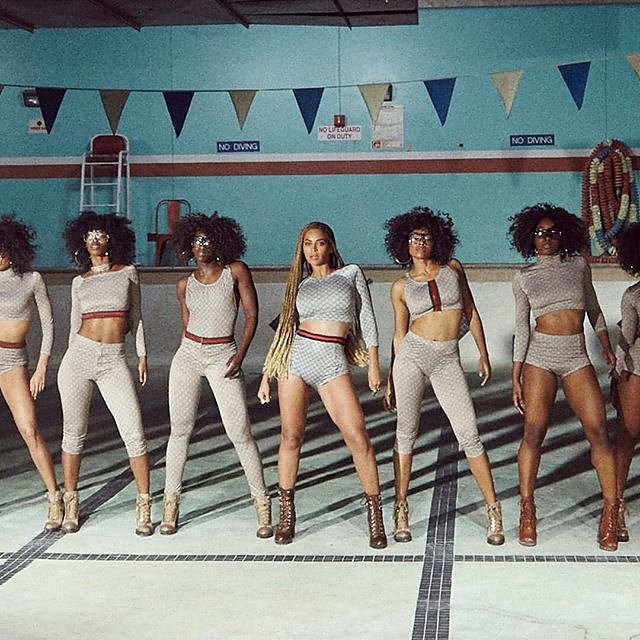 In Beyonce’s most recent video, she pays homage to her Creole roots in a highly anticipated video full of visuals that showcase her style and talents. The video traces her Louisiana roots and deals with cultural ideas post abolition era to the present day.

One image that really struck us was the image of Beyonce atop a police car dressed in red with boots to match. Gucci was the fashion house responsible for this iconic look. But that wasn’t the only Gucci look in the video.

A full line of dancers like an army line up in an empty swimming pool in vintage style Gucci monogrammed body suits made just for this music video. 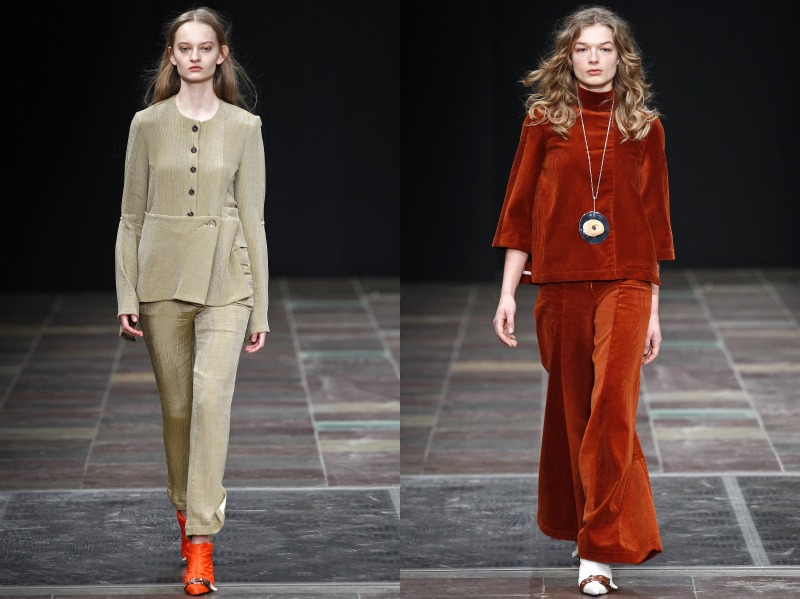 A week full of style often missed by the mainstream media, Copenhagen Fashion Week never fails to show new looks that inspire us. Still going on the trend of the ’70s, many designers focused on color with easy looks that one can mix and match easily. But this didn’t come to basic tops and bottoms–instead designers created dynamic looks that can stand on their own.

Designer Henrik Vibskov showed men’s and women’s styles that seemed to be inspired by a combination of Japanese theater and color. Pieces consisted of multi-layered top and skirt combos complete with dizzying greens, reds and blues. Freya Dalsjo kept things simple and classic with monochromatic looks in sage green, white and black. But large, dramatic pops of color really brought this collection together whether it was just an orange heel or a head to toe look. 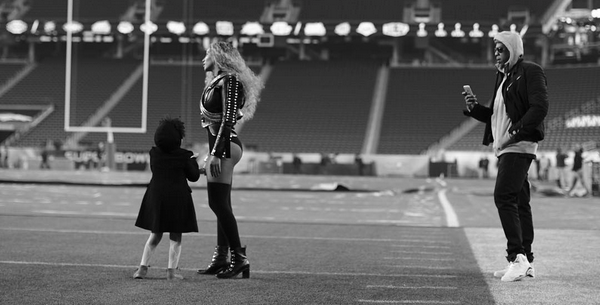 When you watch the Super Bowl, you’re not looking out for the hottest looks or who’s wearing what. But believe it or not, there was much more than orange and blue at that game. The Super Bowl 50 featured quite a few hot looks and here’s the style breakdown:

Lady Gaga looked amazing as she belted out the national anthem in a glittering red suit, with matching American flag shoes we won’t soon forget. Alessandro Michele over at Gucci made this custom for Gaga to make the moment special.

Burno Mars and dancers also made a splash in cool, pvc like looks in head-to-toe black. This look was inspired by Run D.M.C. complete with sunglasses and chains. This look was designed by the house of Versace who created the looks with black leather in mind. You can see the Versace Greco wave pattern on the cuffs of each look.

Beyonce choose design house Dsquared2 to make the outfits for her musical number, another Milan based fashion company. Leather was another look we saw that night but with a twist. The design resembled and paid homage to the late Michael Jackson and his Superbowl XXVII ensemble.