Crafting a Brewery’s Identity – A Look at Boulder Business Products

With the country saturated with more breweries than ever before (by the end of 2015 the US had just eclipsed the former high of 4,131 in 1873) the need to differentiate has become much more important. While beer quality, and to a greater extent innovation and uniqueness, are what sets a brewery apart,  when it comes to translating a brewery’s identity to the masses, marketing is what gets the message across. One team in Longmont, Boulder Business Products (BBP), has mastered this art of translation, and for the last two decades they have helped some of the biggest brands in Colorado beer define who they are. 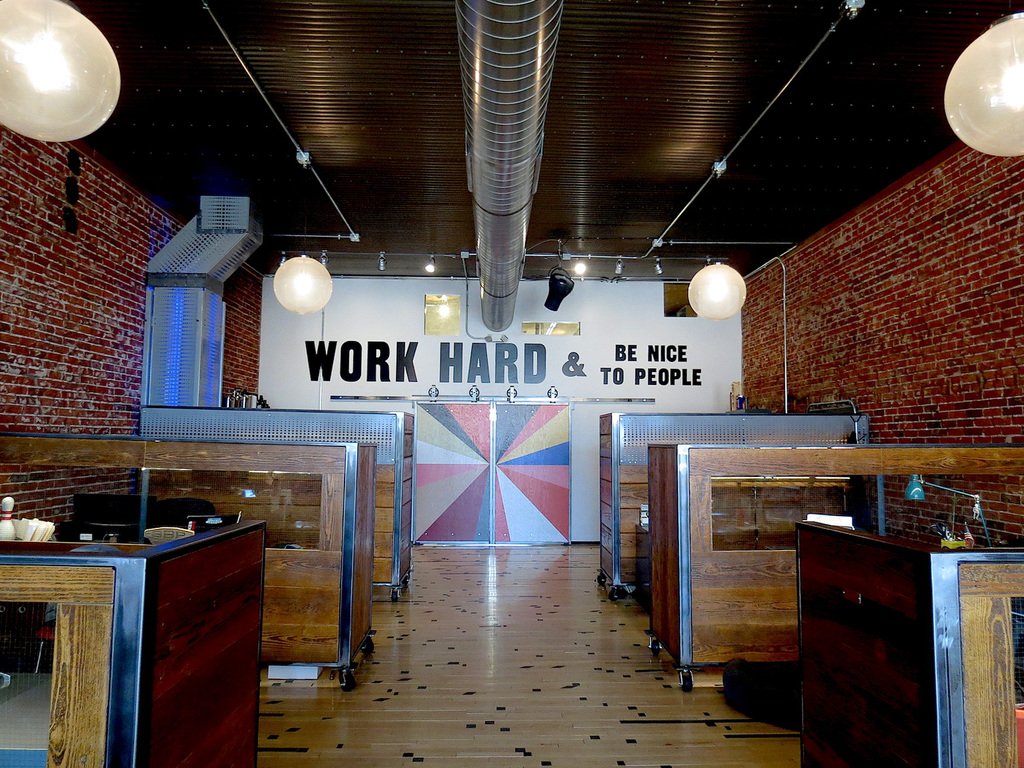 Founded in 1976, by owners Troy and Karen Mandery, BBP originally began as a firm to source, create, and design merchandise for manufacturers around the country. In more recent years, BBP has moved toward sectors that are a bit more fun: bikes and breweries. Back in 2002 is when they started working with breweries, and they didn’t start small. Karen explained she had given the former creative director of New Belgium a BBP logoed pen, and not long after, he was looking for someone to design some custom lights. “He had the pen that I gave him that said BBP and was hitting his head with it and when he set it down he said, “Oh! I’m going to call Karen!” It’s kind of my favorite story of how shwag really works,” she said. And they’ve been with New Belgium ever since, helping develop marketing campaigns, materials and even New Belgium’s famous taphandles.

Today, BBP is  a one-stop-shop for any design needs. Some of their projects include designing the entirety of CyclHops, a Longmont restaurant and tequila bar associated with Oskar Blues to Copper Kettle’s 2015 GABF booth, and Pug Ryan’s Colorado-made tap handles.  And although Colorado’s biggest breweries keep them busy with continued projects, they admit working with new breweries is what keeps them going. Some of those clients include Sanitas Brewing, ODD13 Brewing, and Liquid Mechanics.

“It’s always interesting to find out what somebody’s motivation is… I think they all have their own niche regardless of whether it’s intentional or not.” 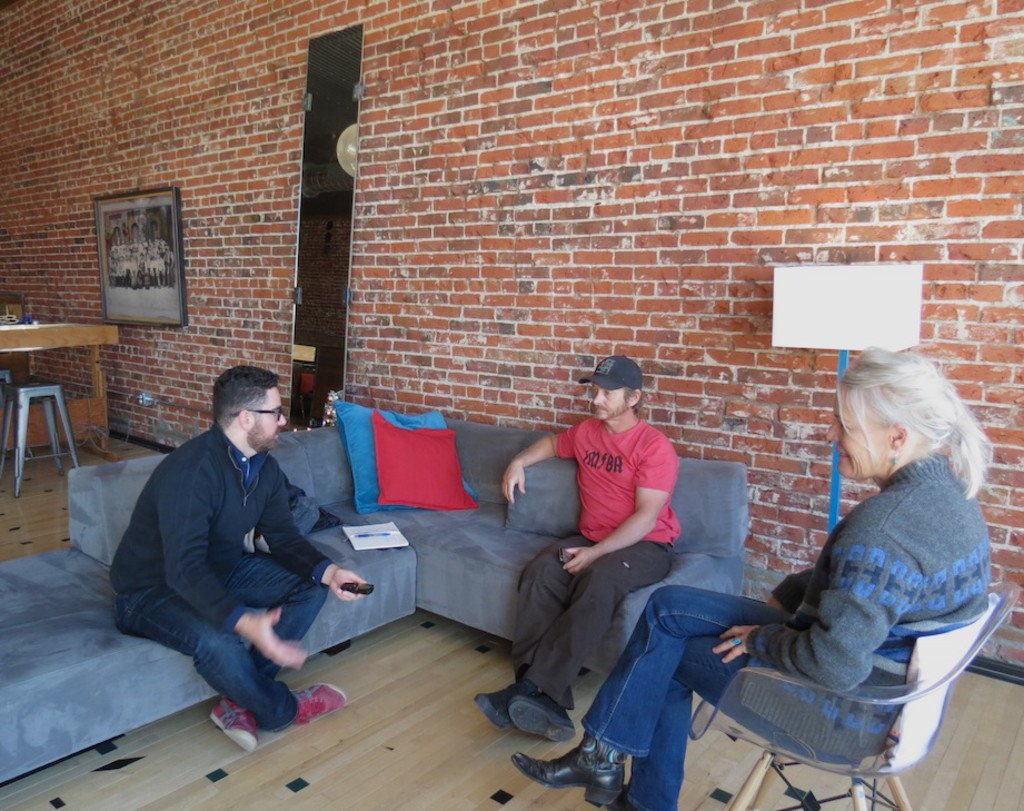 “It’s always interesting to find out what somebody’s motivation is,” Troy said in regards to helping breweries shape their identity. “I think they all have their own niche regardless of whether it’s intentional or not.” Karen and Troy have permeated a culture that tends to stay self-sufficient by helping breweries materialize their unique voice. As a result, their relationships with breweries tend to be more than just your typical client-consultant relationship.

New Belgium, in addition to being a continued client, has significantly changed the way BBP does business. “Sustainability,” explained Karen, is what it boils down to. It’s the main thing they’ve learned working with New Belgium, and something they bring to the table with every client.

“There’s just certain things we don’t do: plastic bags. We ask questions of our suppliers: do you recycle? What do you do with your waste streams?” said Karen. Although some of these approaches have come with additional costs, keeping with the mantra of sustainable practices has kept them relevant with an industry that has similar priorities.

“The brewing industry, and to some extent the bike industry, is a lot less corporate. They’re a lot more free and open to new ideas,” said Troy. “They want something handcrafted, local, and unique, so that makes it fun. I think that’s the difference when working with breweries,” said Karen.

“It’s not about selling products or even a brand; it’s about building relationships,” he explained. For that reason, motivations have to match up. 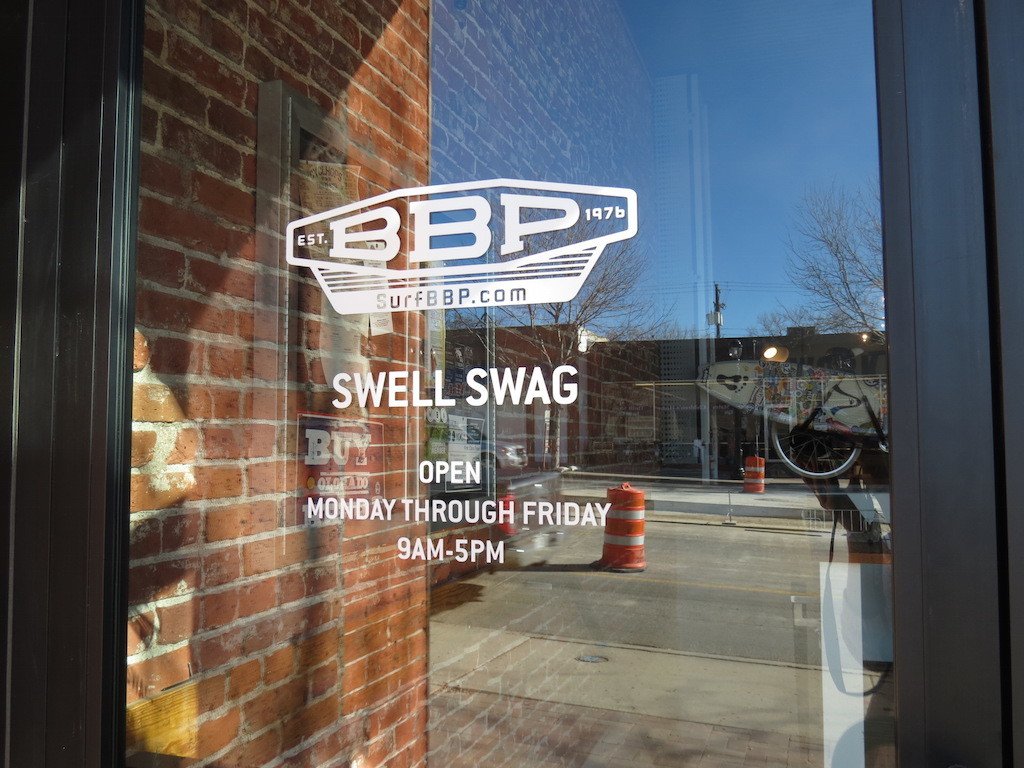 Their relationship with the ever-growing beer juggernaut of Oskar Blues reflects how despite the commercial growth of the company, the personality can still remain intact. Some of the work they may have been doing years ago has been replaced by internal marketing, but they still try to maintain the attitudes and ideals that made Oskar Blues successful and attractive to consumers in the first place.

Troy and Karen still strive to help them make not only good business decisions, but ones that remain true to the philosophies that have made Oskar Blues popular. A decision to stay local for a glassware purchase is evidence of this:

“We went and talked to Dale [Katechis, founder of Oskar Blues], and said you would save this much by going out-of-state, but do you realize the company that we buy these from is family owned, 50 years, it’s local, and he was like,’ done, we’re staying with them,’” said Karen.

Their new space in Longmont, which Troy took an entire year off from BBP to design, has been open since April 2015. In true BBP fashion, it is thoughtfully and consciously sourced. Troy used thousands of pieces of an old gym floor and the dividers are sourced from the bleacher wood. In many ways it is an encapsulation of who they are and what BBP has represented. “We wanted it simple and flexible,” said Karen.

This notion of flexibility is also a key part of how they do business and in an industry amidst a major change with many craft breweries selling to larger corporations, it might be a major component to how Karen and Troy are able to survive the fluctuations in craft beer. But for now, how they have approached business with a sense of community and camaraderie, have helped shaped how we consume and perceive Colorado craft beer.