Slow Magic Brings Love And Drums to The Gothic 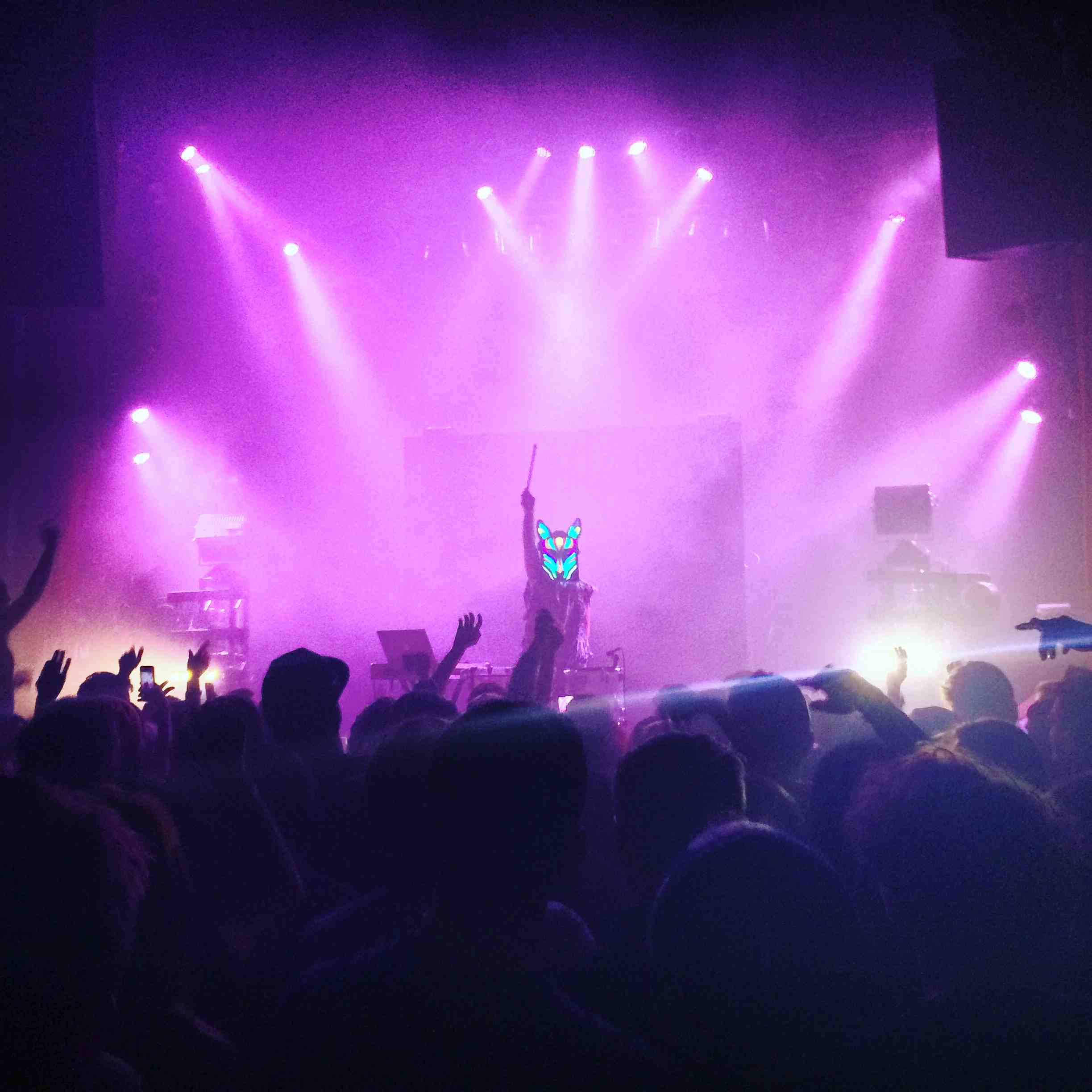 Photo By Will Sheehan

Pulling up to The Gothic on a random Thursday night, I didn’t expect to see a line out the door for the mysterious musician know as Slow Magic. Place of origin unknown, identity unknown, but this artist is able gain popularity and tour the world solely through the power of the internet and his infectious music. Fresh off his new album How To Run Away, Slow Magic decided to stop by Denver last Thursday (12/3) to take The Gothic Theatre on a drum and dance adventure. 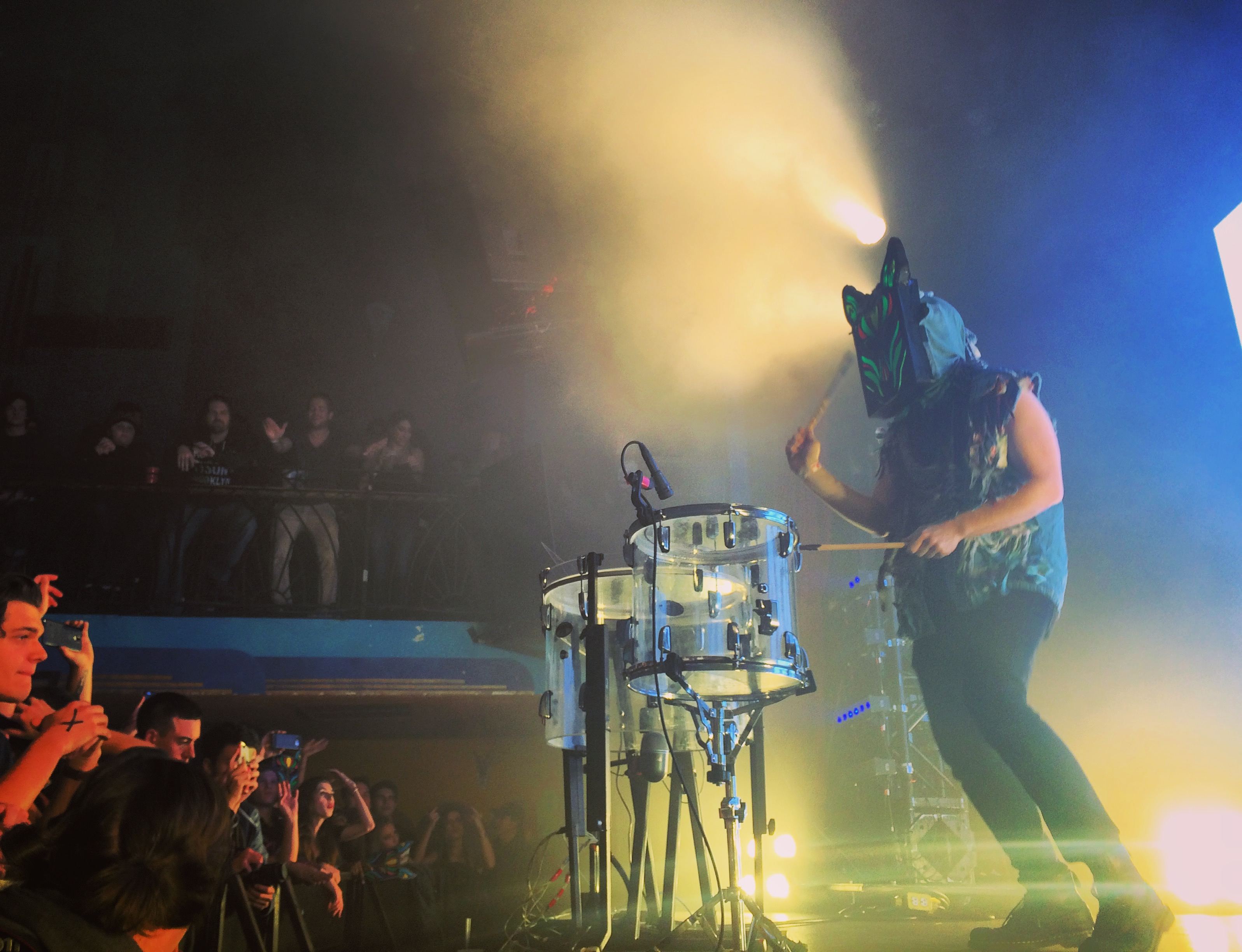 Photo By Will Sheehan

As the lights dimmed, a mask resembling a wolf lit up, while the crowd became louder and more rambunctious. Starting out resembling a DJ, Slow Magic quickly abandoned the knob twisting to go straight to his two drums. Conducting the crowd with heavy percussion and his tattered jean vest, the masked man showed he was going to do more than incredible dance beats. Each song walked the line between a hip-hop and a house tempo that created a unique sound thats responsible for success on a global scale. The synths sounded like the legendary Daft Punk duo, while the chopped vocal samples resembled the ever popular ODESZA duo. As Slow Magic hit his drums with no regard for their ware and tare, he also felt free to stand on them and raise a heart symbol using his fingers, a regular tendency for the performer. The sound seemed to speak to all types of people, filling The Gothic with fans of EDM, hip-hop, and indie rock, reinforcing the “one love” ideology his hand sign demonstrates.Deep into the show Slow Magic then brought out one of his drums into the middle of the crowd, playing and dancing with the crowd in a tribal manner. Not a soul left until the very last drum hit, leaving his mark on the mile high city.

If you want proof of Slow Magic’s buzz, just look up his tour. He will continue onto Australia, Asia and then Europe; stopping in 12 different countries, and 17 cities. Even though he is classified as “EDM” just take a listen, and hear what the whole world is listening to.