Keeping up with New York fashion Week is hard enough without having to think about London, Milan and Paris. The shows, the models and the beauty all starts to blur if your life isn’t dedicated to finding the hottest trends of the seasons. So 303 Magazine is here to help you learn more about the top five shows of the season without leaving the comfort of your computer screen.

Over at Balenciaga, Alexander Wang showcased his last collection for the Spanish design house before stepping down as creative director. He did not hold back, giving us major swan girl looks. Over at Loewe we fell in love with whatever space ’80s girl Jonathan Anderson presented to us, in one of the best shows the house has seen in ages. Louis Vuitton showed us amazing street street style looks we’ve come to expect. Nicolas Ghesquière‘s reign, since Marc Jacobs stepped down, has given the house a fresh take on fashion. Riccardo Tisci brought Givenchy to New York along with some Persian style to the busy city. And we’re loving the pure punk looks by the queen of punk herself, Vivienne Westwood. 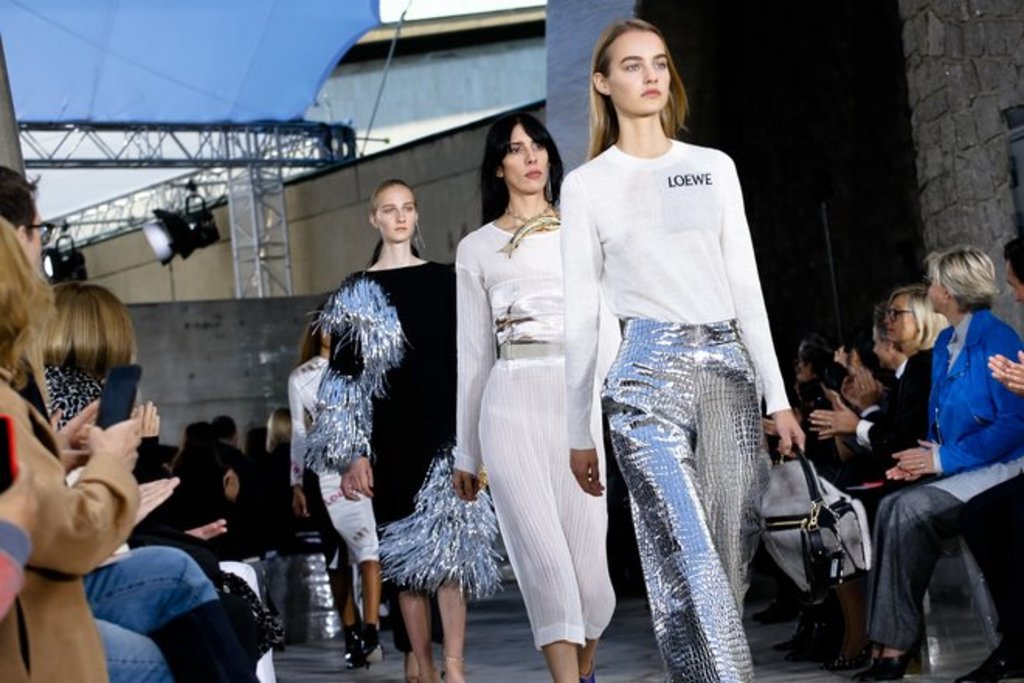 Anderson gave Loewe a historic collection this past week with his presentation in Paris. It was all about the transparent trousers, metallic silvers and plethora of accessories. The first few looks proved that pants can be cool again, but only if you’re willing to pay the price.

Paired with graphic tops and sweaters, this conceptual look won’t be in just anyone’s closet. We also fell in love with the mirrored sweaters and pants we saw flashing down the runway. Speaking of flashing lights, disco ball-style fringe was placed on dresses and skirts making for an all around original show. However, the accessories really made the look. Large scale fish necklaces were placed on already busy looks, proving that more is really more. Transparent bags alongside multi-chain bracelets had us yearning for these pieces in our own closets. 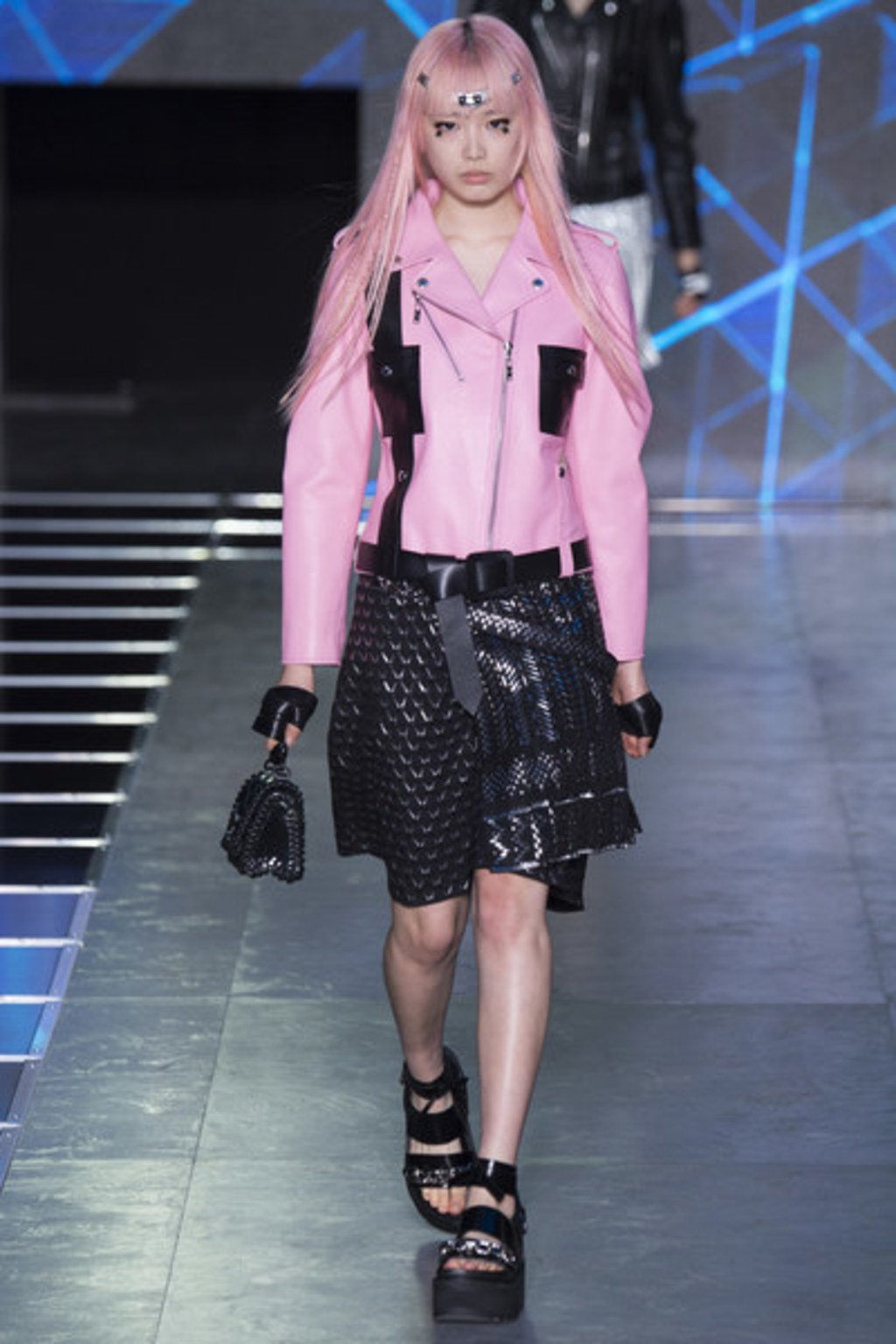 New York cool girls better watch out because Persian street style seems to be stepping it up. Ghesquière and his new team over at Louis Vuitton have been giving us a case of fashion envy with fresh looks that are hard to compete with every fashion season.

This Spring/Summer 2016, Ghesquiere really looked to the streets of New York and reminded us of designers such as Alexander Wang and HBA. The layered looks with leather jackets, laser cut skirts and platform sandals kept up with the goth trend of the ’90s.

However, classic French style was still showcased in the brand through the details and craftsmanship. One thing we can never seem to get over is the new bags at Louis Vuitton. Away with basic LV print, Ghesquiere brought new found style to the clutches, flap bags and totes of the French power house. Quilted, lined with chains and a mix of fabrics has really refreshed the brands style and bags. 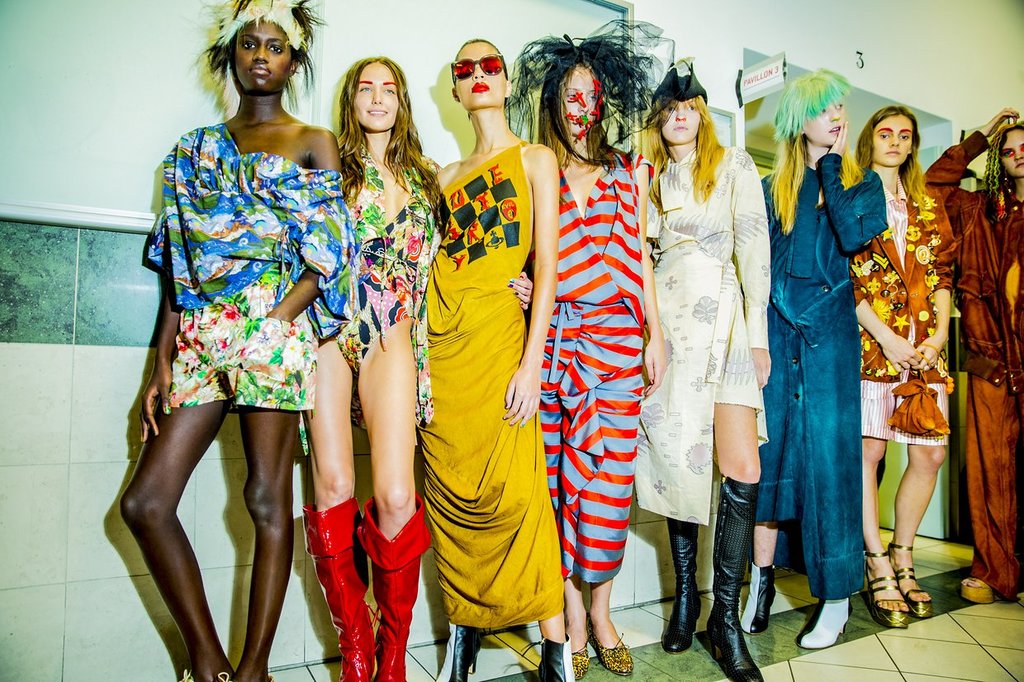 No one can ever quite do it like Vivienne Westwood. A queen of the London scene, Westwood is known for her approach to style and fashion. Always one to keep it interesting, this particular Westwood show was as avant garde as it could get.

Nontraditional models strutted down the runway alongside more familiar faces. Looks ranged from the very dramatic, with exaggerated shoulders and busy prints, to simple drapes and monochromatic looks. However, the hair and makeup really kept things exciting with neon electric eye-shadow and dyed hair.

This SS 2016 show was also used as a platform for activism, something we’ve grown accustomed to in Westwood’s work. This particular show paid homage to Venice, a city sinking faster than we can say “fashion.” Alongside the beautiful gowns Westwood also invited her guests to join her at a march for Climate Change happening in London on November 29. 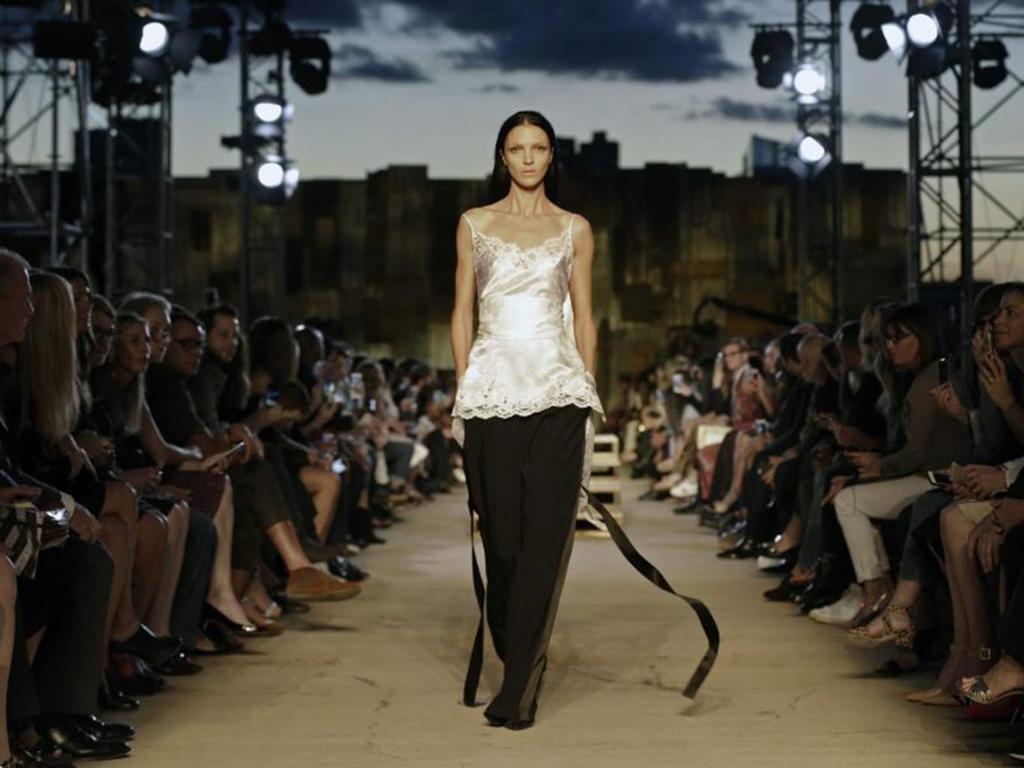 Givenchy had us dreaming of the red carpet season with looks we can’t wait to see on celebs such as Blake Lively and Anne Hathaway.

While the gowns really stole the show at the Givenchy SS 2016 collection, we also loved the simple looks Tisci gave us. The show presented us with some very easy looks full of lace and silk. Many of the images were minimal, only using silk and lace.

Almost nude, lace tops gave us great sex appeal while still keeping it classy. Long silk jackets also kept things cool with a flowing look we’re sure will pop up at every retailer next season.

But what we loved most at the Givenchy show was the copious amount of nontraditional gowns. Lace was the material of choice leaving little to the imagination. 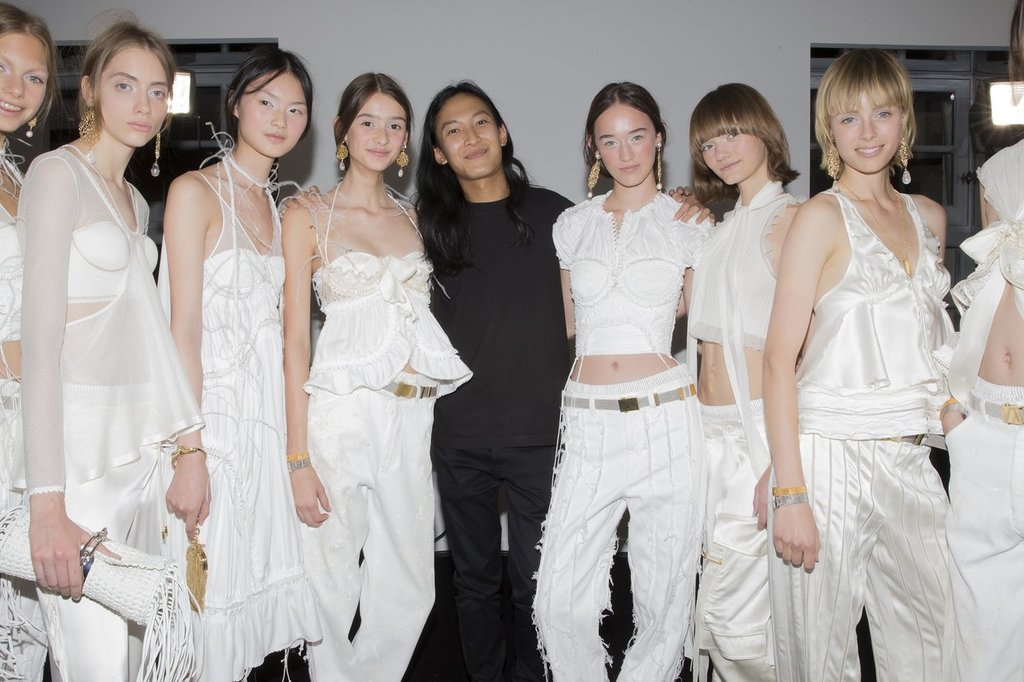 You may have heard that Alexander Wang is leaving Balenciaga after only a few short years. So we’re not surprised that he went all out in his last collection for the Spanish fashion house. The entire collection had a tone of tenderness and softness, done in shades of ivory and white.

The fabrics in the collection were also very natural and uncomplicated. Large pools of water set up the runway and looked almost like a baptismal shrine. Models were sent down the runway in flowing tops and pants complete with fringe and stripes. We especially loved the loose pieces of fabric hanging off garments, giving a swan like look. The entire collection was simple and and pure. The only use of color was through jewelry, which Wang also kept very minimal. Its no surprise that his last collection was also his best collection.