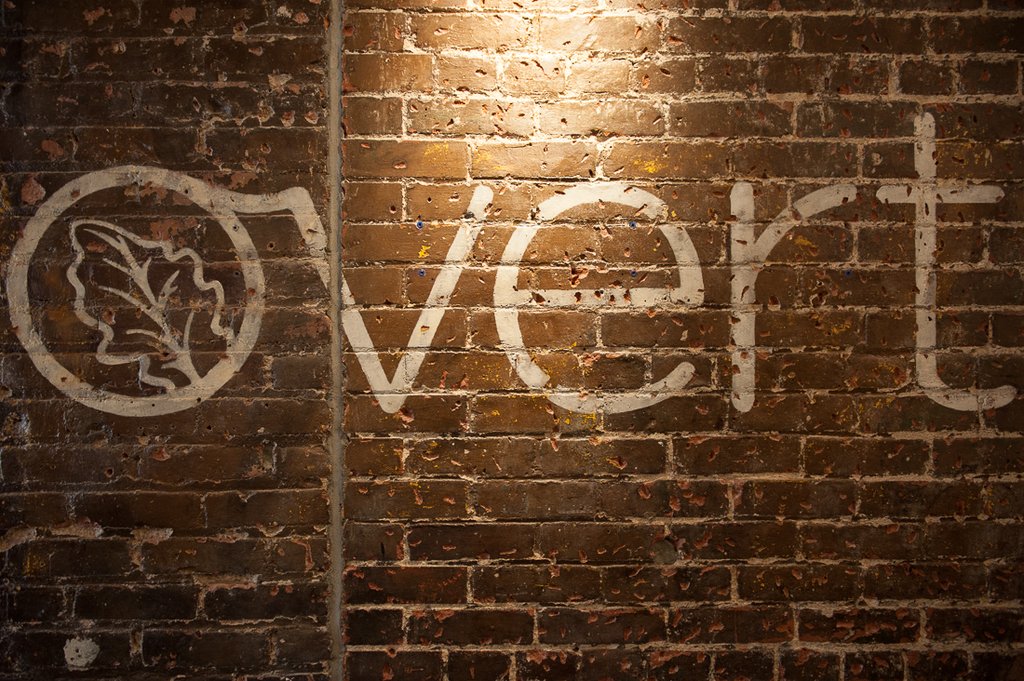 Overt Opens Its Doors for Coffee and Quick Lunches

What: A tiny new café with great coffee and easy take away breakfast and lunch.

If you’re not careful walking down Pearl Street in West Wash Park, you could miss the brand new Overt Cafe. Located only two doors down from its sister restaurant, Vert, the compact cafe is nestled in an alleyway between two buildings. The small space features a simple counter with an even simpler drink menu and a plethora of take-away food options.

Noah Stephens, co-owner of Overt, has been greeting his customers daily, making sure that they know the space is open. The café opened quickly and with relatively low fan-fare, mostly because it wasn’t planned. “It was sort of a surprise,” Stephens said. “[The space] became available, and we just jumped on it.” After signing a lease in February, the space was ready to go by October 1, an impressive six month turnaround, considering that Stephens and a small team stripped the whole space. 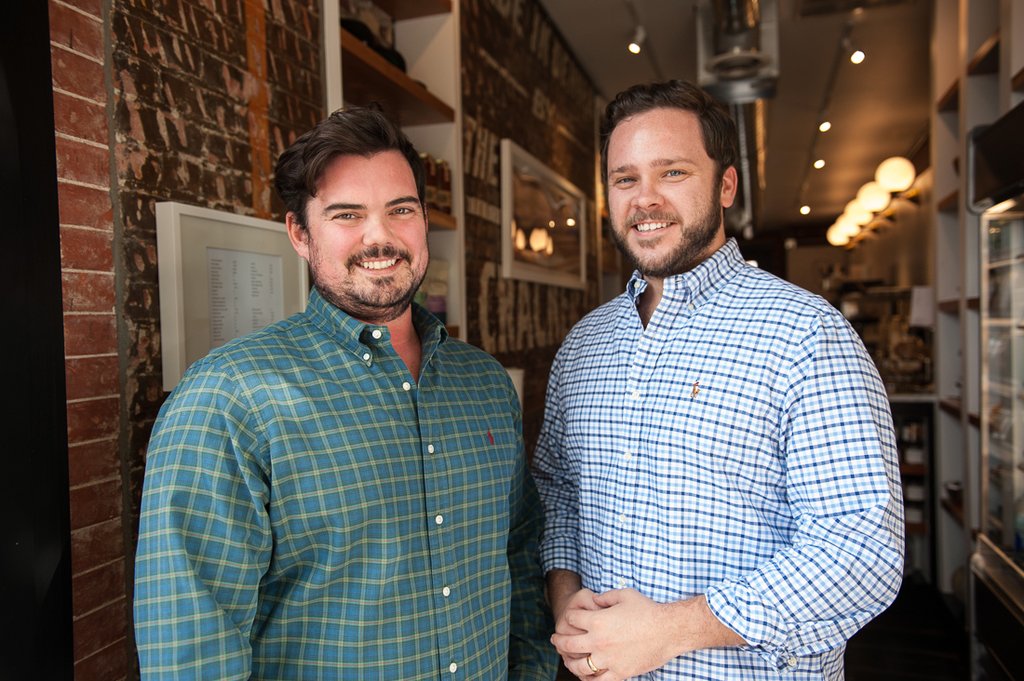 Noah Stephens and Andrew Douglas, his husband and co-owner. All photography by Glenn Ross.

Stephens said that the neighborhood has been wonderfully supportive. They have come to know and love Vert, so having Overt as another option has been exciting. “There’s a lot of people that work from home around here, so we wanted just another thing for people to grab,” he said. And with a school just across the street, it can be assumed that teachers will appreciate an extra spot for caffeine. 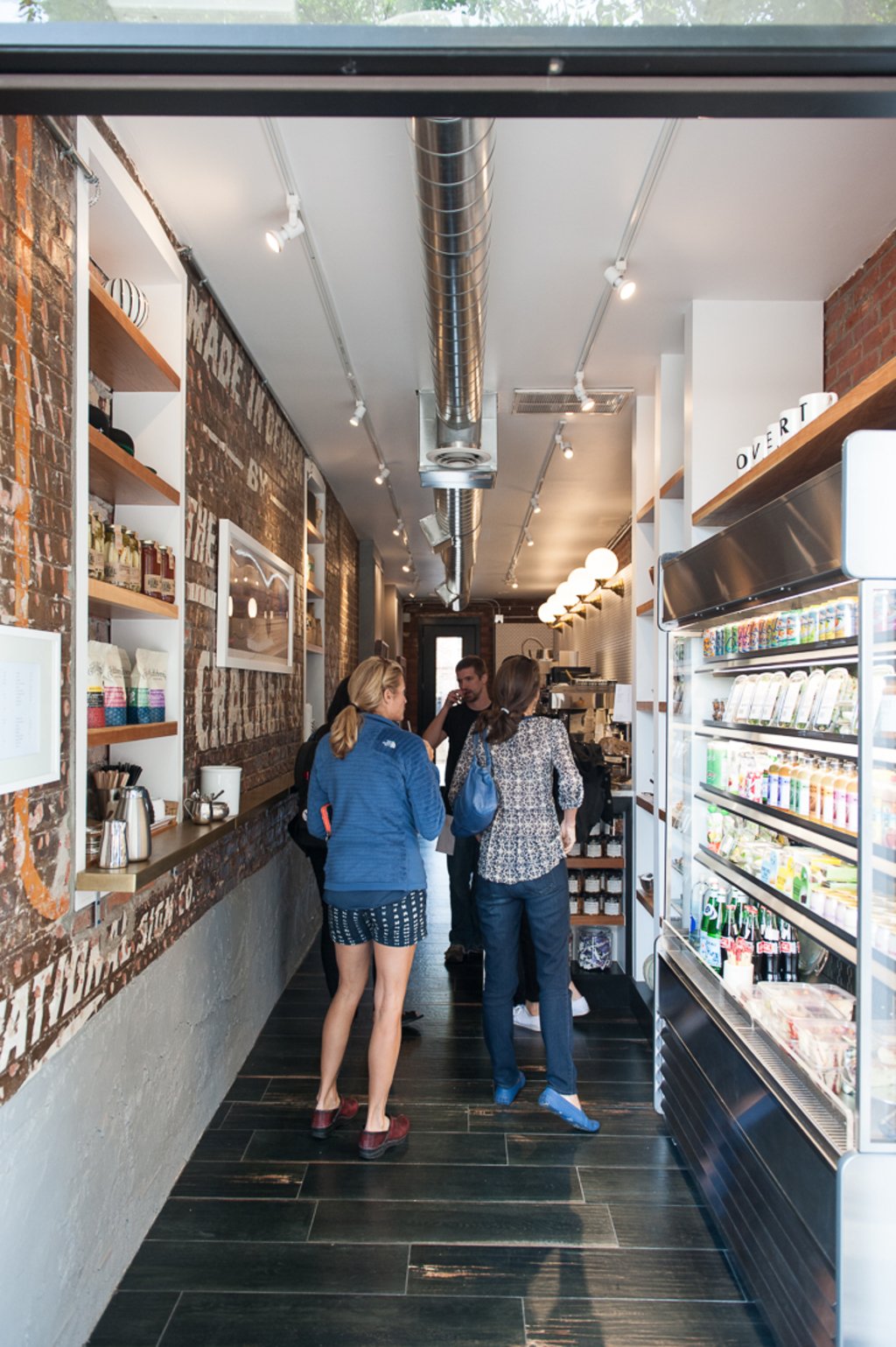 It’s easy to draw a comparison between the design of Vert and Overt, and Stephens said that the design of the latter is an evolution of its sister restaurant. It’s a weird space, as Stephens admits, but that’s part of its charm. “We totally stripped it. This was an alleyway, and it was filled in I think like 20 years ago,” he said. “There was some original graffiti that was on the outside of this building that’s still there [now].”

The nature of the space lends itself to darkness, but, somehow, Stephens has managed to make the space gleam. French doors welcome you into a space that is only seven feet wide. Small white tiles make up the wall behind the counter and extend to the back. And a gold shelf directly across from the fridge greets guests, and adds a brightness to the alley.

“We made the main part the barista bar because [it’s] the most important thing,” said Stephens, as he explained why the majority of the space is behind a counter. Because Overt only features grab and go food, space for people wasn’t a primary concern. However, this soon may change. Starting in the spring, the neighborhood may have a new place to hangout, as Stephens has plans to open a garden patio through the café in the back.

Stephens’ inspiration for Overt came from small cafes in Europe, Paris specifically, that he frequented during his years in culinary school. “When we started working on a grab and go line, we discovered all of these little tiny grab and go outlets that were opening up in Paris and London,” he said. “It’s not necessarily [a] ‘coffee shop, coffee shop.’ It’s just good products all around.”

Vert has been making cookies, croissants, and breads for its sister outpost. Overt also features gluten-free option from Little Peaks and additional baked goods from Revolution Bake Shop, both of which are based in Denver. 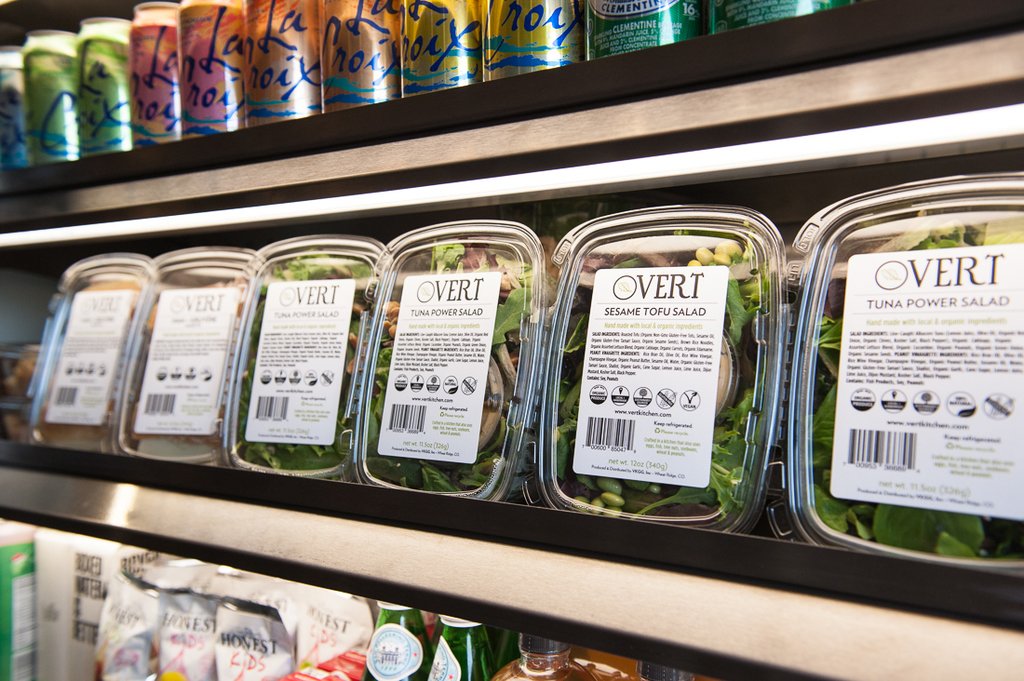 A selection of Overt’s grab and go line.

A majority of Overt’s grab and go food options are also made at Vert. And most of the ingredients are organic. “My focus here is local and non-GMO product,” said Stephens. Products that aren’t made at Vert will rotate based on season and demand and are hand-picked by Stephens to make sure they are up to snuff.

Stephens takes coffee seriously. After a coffee tasting tour of Denver, Stephens said that they landed on Huckleberry Roasters. The quality of the product and helpfulness of the staff made it an easy decision while opening up his first shop. And to make sure that he felt ready to open Overt, Stephens even went to barista school in Portland, OR.

Eventually, Stephens said that he would like to incorporate a rotating roasters feature, even expanding outside of Denver. “We’ll expand once we get things moving, and once the patio is open,” said Stephens. “We’ll get a bigger pour-over menu and some different [beverage] techniques.” Because Stephens takes such pride in the produce and products he chooses for Overt, no matter what the future holds, it’s clear that he won’t be compromising on quality as he moves forward.