Cervantes’ Masterpiece is usually the place to go for a good old fashioned nigh of hip hop, and Wednesday night was no exception. On a lengthy tour to celebrate his latest solo endeavor, “Real People,” Mr. Born gifted Colorado several different times, including a few appearances with Colorado favorite, Beats Antique. The tour included stops in Aspen, Fort Collins, and Boulder as well.

The more intimate Cervantes’ Other Side welcomed in those willing to brave the waves of the venue on a weeknight, which in fact, was a nearly full house. The opening act, J.O.B. took to stage early on in the night, getting the party going with his enthusiasm and original lyrics. He kept the mood going for a while, especially while spitting the very unique lyrics to “Funky Beef.”

Next up was a local hit, a stunning performance from Denver’s own Soul Pros as the second opener. An act that has received a couple nods from Westword for best hip hop group of the year, it is not surprising that these dudes took the took the wavering sea of people swimming to and from the bar and turned it into a block of concentrated patrons. If you missed seeing them this time, they will be at the Opehlia on October 24th.

Just as the crowd finished their yelps for Soul Pros, out came DJ Cutso, the DJ currently on tour with LB. Followed then was Max McVeety, on the drums, and Constance Lopez, the angelic vocal styling’s behind every Lyrics Born album ever. Those three got things heating up while the man with the mic got ready to make his appearance.

He hopped up energetically, wearing ripped shorts, a denim vest and a red scarf. With his usual upbeat, rapid-paced lyrical delivery, he danced around entertaining the crowd, even going as far as falsely claiming that Chali 2na was present to join in the performance, which led to a spot on impression of the Jurassic 5 rapper. 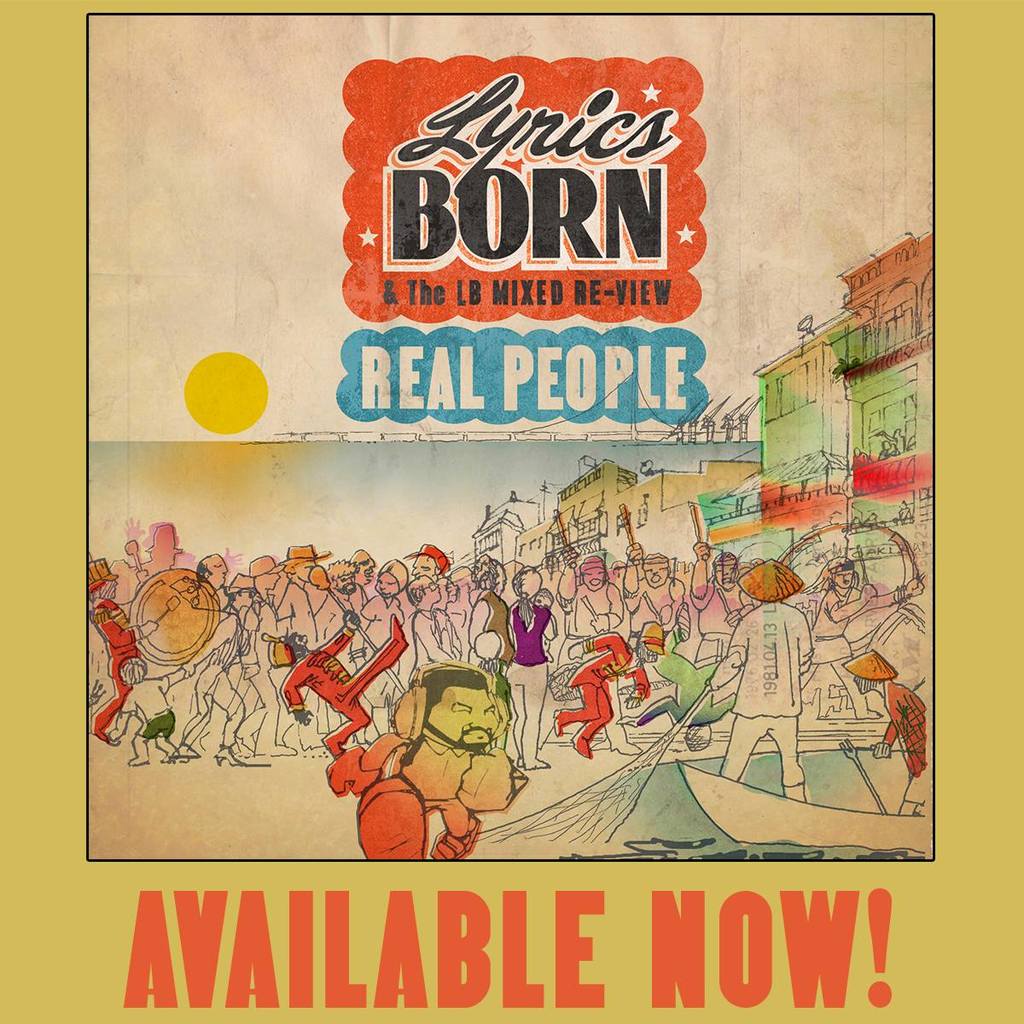 Of course, seeing as Lyrics Born’s newest album, the aforementioned “Real People,” just came out, it could be assumed that tracks from this new album would be in attendance. “Chest Wide Open” got funky and low, morphing soulfully into a spicy “$ir Racha.” The new songs decorate the young record, which includes Trombone Shorty, Galactic, Ivan Neville of Dumstaphunk, the Preservation Hall Jazz Band, and more.

“I’m the Best” came next, prompting the question, “How many freaky people we got?” from the headliner. The crowd quickly responded by screaming out towards the stage and raising their foamy cups into the laser-ridden air, which created an easy segway to “I’m a Freak,” and “I Like it I Love it,” both of which are heavily dosed with freaky funky lyrics and rhythms. The titular track “Real People” and huge throwback track “Bad Dreams” closed out the set.

“Rock, Rock, Rock Away” opened the encore set, which lasted for three songs. After three more songs, LB decided to take the night into an original state, offering up a freestyle for the ages. After introductions of the band were handed out, goodbyes were said and tears were cried. To keep the dream alive, the California based rapper offers all of his music online, in MPS and vinyl form, so go get some if you were not fortunate enough to witness it live.