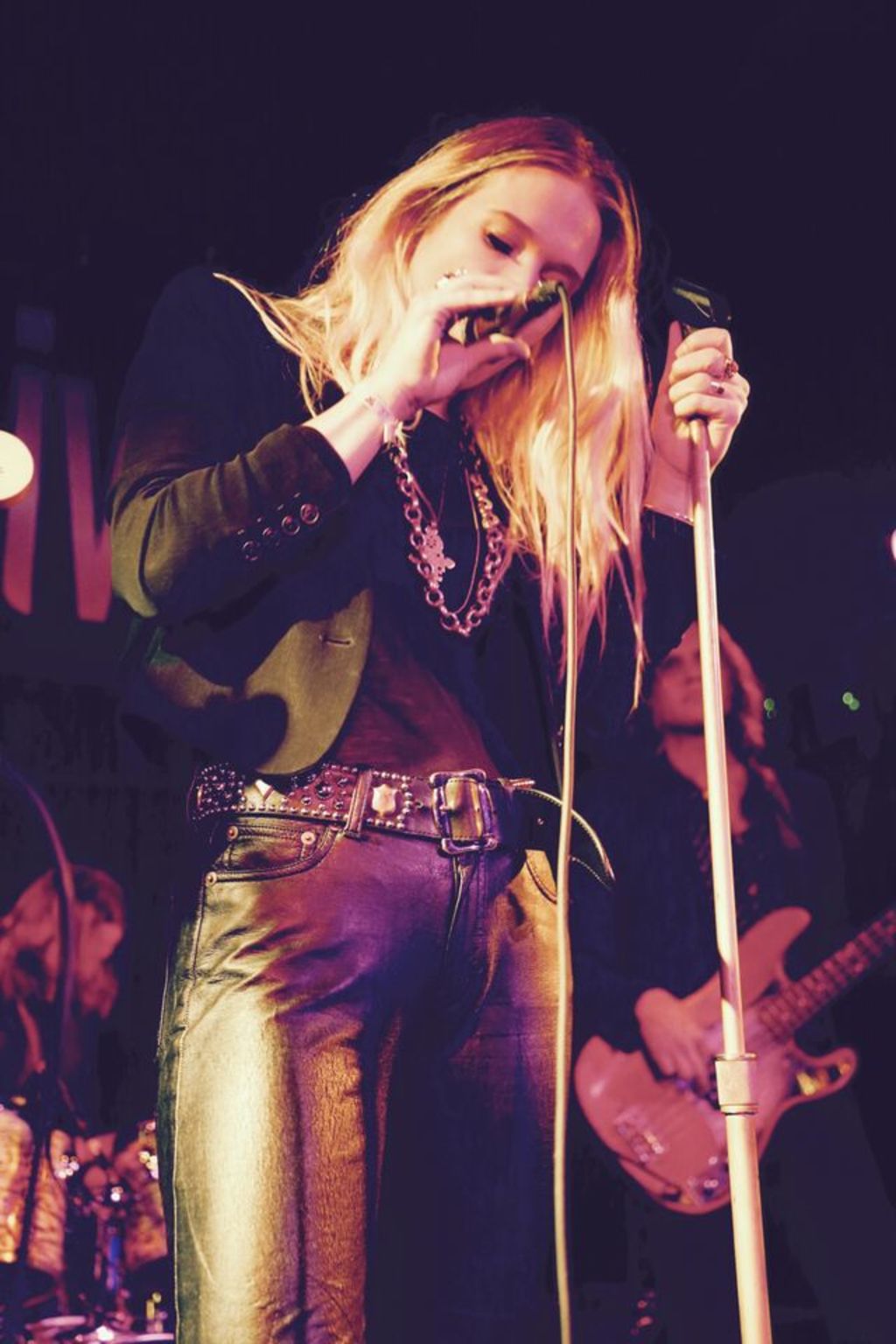 Sometimes the beauty in music is best seen in the nooks and crannies of the scene. And last Thursday, (October 15) I had the opportunity to see Wild Belle, a band that has already made a big name for themselves, but still played on one of the smallest stages in Denver, The Hi-Dive.

“We are so happy to sell out this room” said Natalie Bergman sarcastically, the lead singer of Wild Belle. “You could have sold out The Blue Bird!” replied a fan. Siblings Elliot and Natalie Bergman are not one of the developing local bands that usually book The Hi-Dive, but a well established group who came together in 2011. They made their national debut on Conan in 2012 and have been successfully touring and selling their album Isles ever since.

With no back-stage, the group walked right through the middle of the crowd to perform. Even though they were dressed like a rock band from the 70’s, each one of their songs seems to come from a different time period. Depending on who you ask, or which song you’re listening to, Wild Belle could sound like and indie, pop, ska or even a reggae band, often with a dreamy feel and a melodic tempo. The band features your standard drummer, bassist and guitar player, while the siblings are the ones in charge of making the sound unique. Elliot plays keyboard, giving those recognizable reggae melodies, then picks up his tenor saxophone to give the ska feel and inducing dance upon the crowd. Natalie will play guitar as well but sets the band apart with her voice, giving light to the bands otherwise dark sounds.

The show had the crowd mesmerized, with not a soul at the bar and everyone fixated on the music. Wild Belle finished off the show with a quick crowd surf from Natalie, followed by a confident walk right back through the middle of the crowd. With a few singles already released, Wild Belle plans on dropping their next album at the beginning of 2016. You most likely missed your chance to see Wild Belle up close and personal, but there is no doubt they will be back in Denver on a bigger stage in 2016.