This Week in Fashion: Vogue Runway, MTV VMAs, and Balmain for H&M

Fashion history seems to be in the books this week with a new website allowing viewers to gain some fashion knowledge. VogueRunway.com, formaly known as Style.com, hopes to archive fashion history with their new website. This is the fashion bible for any fashion historian wanting to brush up on their history. The new site lets you access data from as far back as 1893.

The MTV VMAs this week caused quite a stir with host, Miley Cyrus, dressing up in crazy ensembles. However, we can’t say that the red carpet was even close to as exciting.

Thome Browne made history books this week by playing both designer and artist by setting up an instillation for Paris department store, Le Bon Marche.

And fashion lovers rejoice the release date for the H&M collaboration with Balmain has been released.

This Week in Fashion: Vogue Runway, MTV VMAs, and Balmain for H and M

Say goodbye to Style.com and hello to VogueRunway.com. The megasite which housed fashion news now has a new domain name with a few extra features. The new site will still let you access your favorite shoes and fashion news. It has a rich history comprising of fashion show images, front row pictures and street style selfies dating all the way back to September of 1999. To kick off the celebration, the site is releasing every September issue since 1893. The archives are completely free to the public and can be found here. 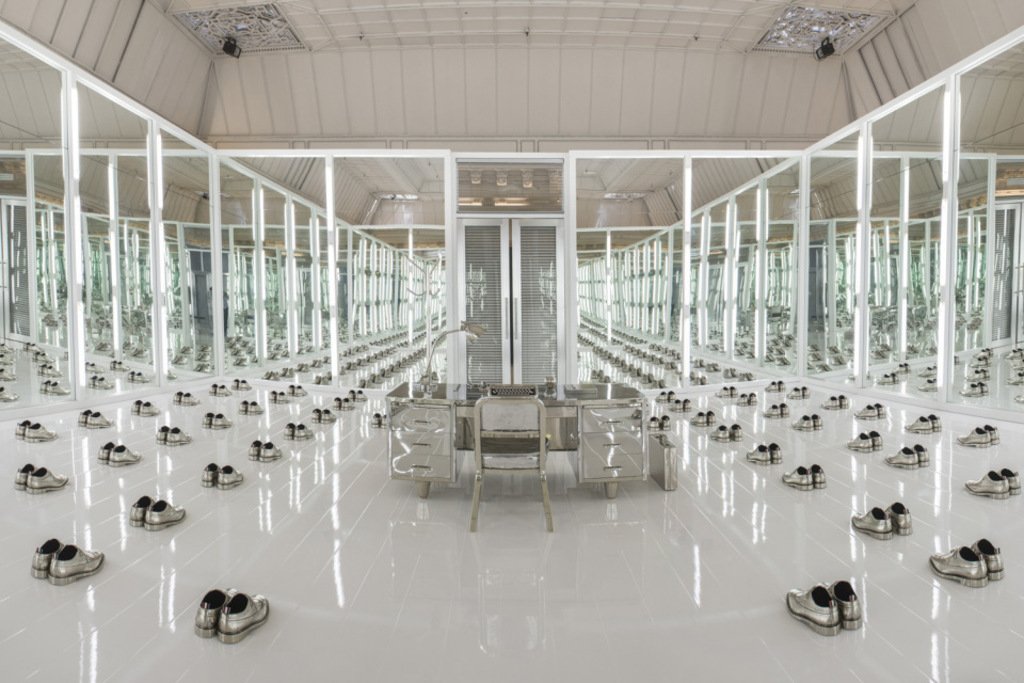 When art and fashion meet, something amazing happens. This certainly proves to be the case with Thome Browne’s recent instillation at Le Bon Marche in Paris. Browne was invited as a guest to set up the instillation which will be on view throughout the month of September. His ’50s inspired office setup looks familiar and seems to draw inspiration from his Fall/Winger 2015 collection.

While visiting the instillation viewers can expect to be dazzled by fluorescent lights creating drama among a vibrant silver space full of mirrors. A single silver desk sits in the mirrored room among the bright lights as well as row after row of silver oxfords. The collection is titled “Controlled Extravagance.” The piece opened this past Saturday and will have limited items on sale exclusive to their online store. 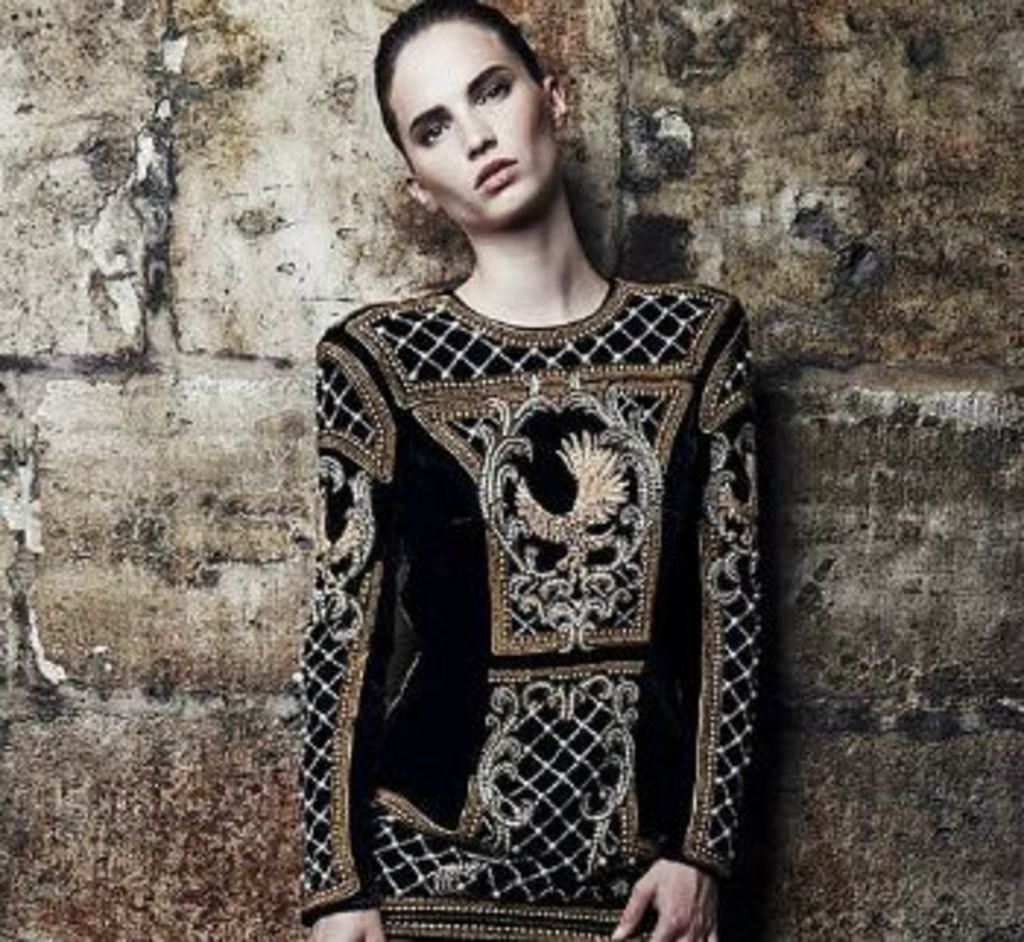 If you haven’t heard yet, H&M is set to release another major designer collaboration. This time the fashion superstore will be showcasing works from French powerhouse, Balmain. The brand is known for its glitz and glamour that often references the disco era.

Designer Olivier Rousteing currently resides as the creative director. Earlier this year, fashion lovers got to see a sneak peak of the collection when Kendall Jenner and Jourdan Dunn rolled into the Billboard Music Awards in two garments from the upcoming collection. The images revealed regal, embellished dresses we can’t wait to see in stores. However, we still have a couple more months to wait seeing that the collection won’t hit stores until November 5, 2015. 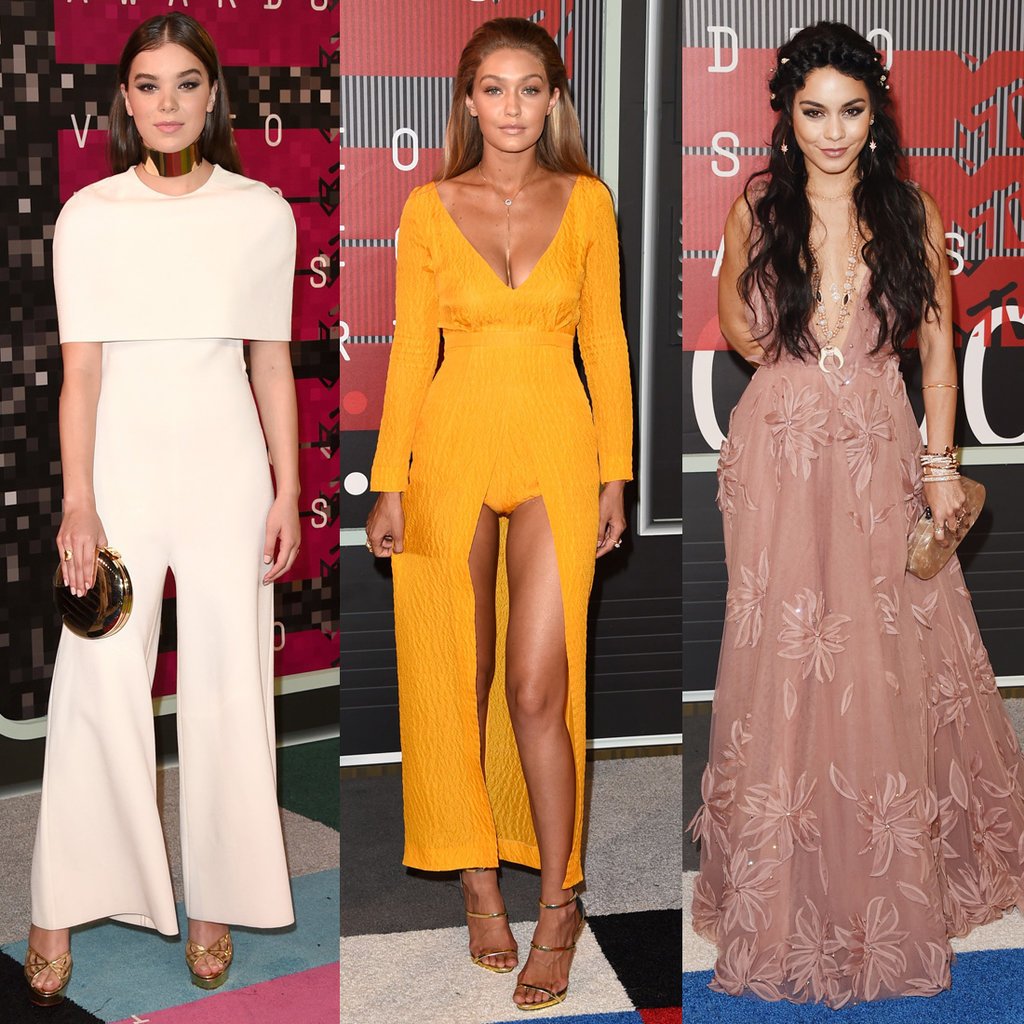 The MTV VMAs are always a great place to see new and exciting styles. It’s a mecca for crazy jump suits, naked dresses and daring styles. But this year seemed to lack more originality then usual. Celebs such as Kris Jenner and Taylor Swift failed to turn heads. Kris’ black jumpsuit was far from interesting and lacked that much needed edge.

On the opposite end of the spectrum, singer and hostess Miley Cyrus went full out and showed more than her fashion sense. She showed up in a custom silver Versace ensemble that left little to the imagination. While overall the red carpet was dull with common looks, singer Britney Spears stunned in gold and silver giving us vibes of her Circus days. Model Gigi Hadid looked great in deep yellow gown, while band members of Walk the Moon sought to have fun with the occasion.