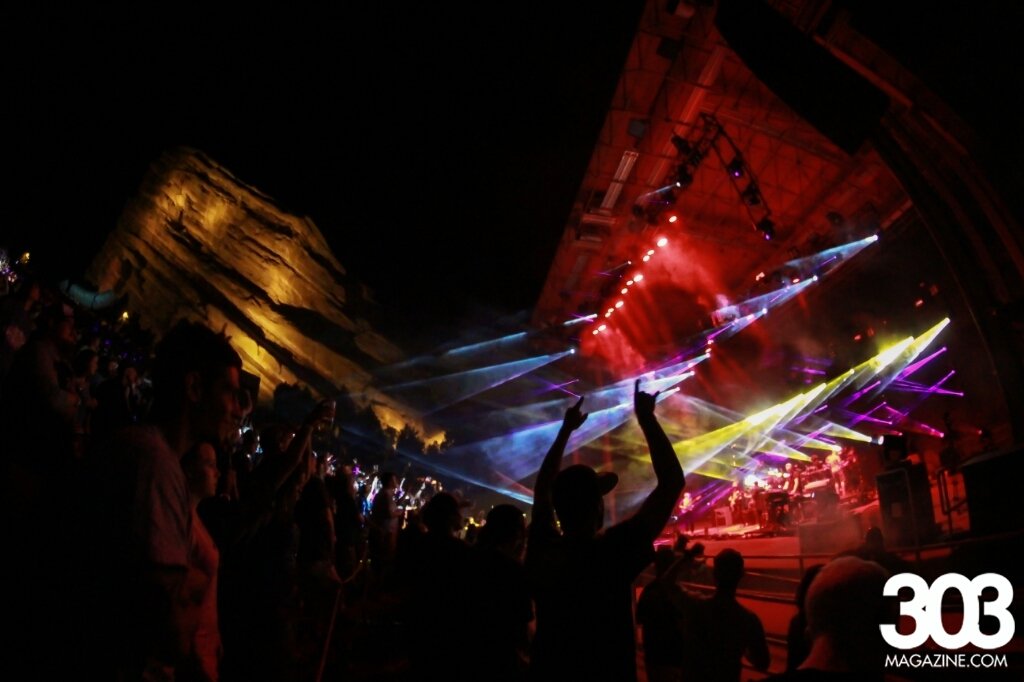 Umphrey’s McGee: Another ‘Umerica’ on the Rocks 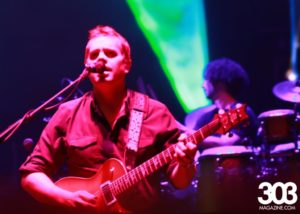 Umphrey’s Mcgee took the stage at the one and only Red Rocks Amphitheater for the sixth year in a row on Friday July 3rd, for the yearly anticipated “Umerica” show. The concert came a day after an intimate night of grooving at the Boulder Theater. The group did not jam the eve of the fourth of July alone though, as they were joined with fellow rockers Papadosio and Tauk.

The evening’s spectacular weather was welcomed happily, without a drop of rain and the sun shining brightly. The parking lots flooded in with fans from all over the country, boasting numbers of shows they have been to, some in high double digits. Unique pins, posters and stickers were being handed out and exchanged for money and other goods. It seemed every other passer-by had a finger in the air, trying to locate a ticket for entry to the sold-out show.

The show kicked off right away, with the openers setting off a fantastic night for the many fans in the crowd.

Then, Umphrey’s took the night by storm, wasting no time in riling up the audience with ‘In the Hell of the Mountain King” and then going into a 9 minute performance of “Puppet String”- a favorite track that many fans come to expect at live shows. 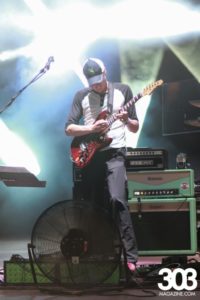 The first set stayed along the lines of long time beloved tracks, including Mulche’s Odyssey, which melted into a Higgins, and then back out to Mulche’s.

Solos ran rampant throughout the set, with Pay the Snucka, which includes the comical unique lyrics such as, “Go Take a Shower/A Shower/Will do you Justice,” before it went out to The Pequod, only to be brought back again to Pay the Snucka.

The boys took a well-deserved break before returning back to the thirsty fanbase. Despite the difficulty to hear over the screams, Ringo poured out, and after an outstanding 18 minutes of jam, went into one of the band’s signature covers, Shine on You Crazy Diamond, which brought a light show that could blow the eyes off of any Umphreak.

The lengthy licks kept on coming all through the second set: Bad Friday, Divisions, and Believe the Lie were all used to showcase a splendid portrayal of how Umphrey’s McGee only gets better with every year of jamming. The treasured band wrapped up their second set with an extraordinary announcement, that they would return in just a few months time to ring in 2016 with the Denverites- some very exciting news to the crowd. 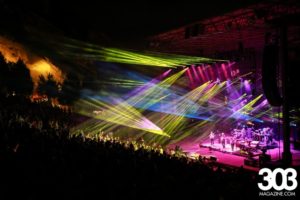 When the members of the ensemble took their final break, the moon rose up, and shown brightly through the clouds, a sight that only Umphrey’s could properly accent. The Triple Wide took most of the encore’s time, a wicked banger that went on for over ten minutes to appropriately satisfy the patrons. The epic show rounded out with another rendition of Puppet Strings, and thus another third of July with Umphrey’s was put to bed. With the promise to return next year and the anticipation of a New Year’s show on the horizon, the masses fled down the stairs out to the cars, party busses, cabs, and however else they planned to venture back into the Denver night.