What: A curated retail storefront, full-service coffee shop and whiskey bar and members-only workspace and barbershop.

Bellwether is many things. From a full-service coffeehouse and whiskey bar to a shared co-working space, this concept is an amalgamation of elements essential for our city’s expanding entrepreneurial community. But for co-founders Josh Schmitz, Rustin Coburn, Athena Brownson and Adam McCarty, the shop —which is located on East Colfax, north of the rapidly expanding Mayfair neighborhood— was the next logical step in a series of endeavors. And it’s shaping up to be one of the city’s coolest experiments in 2015. 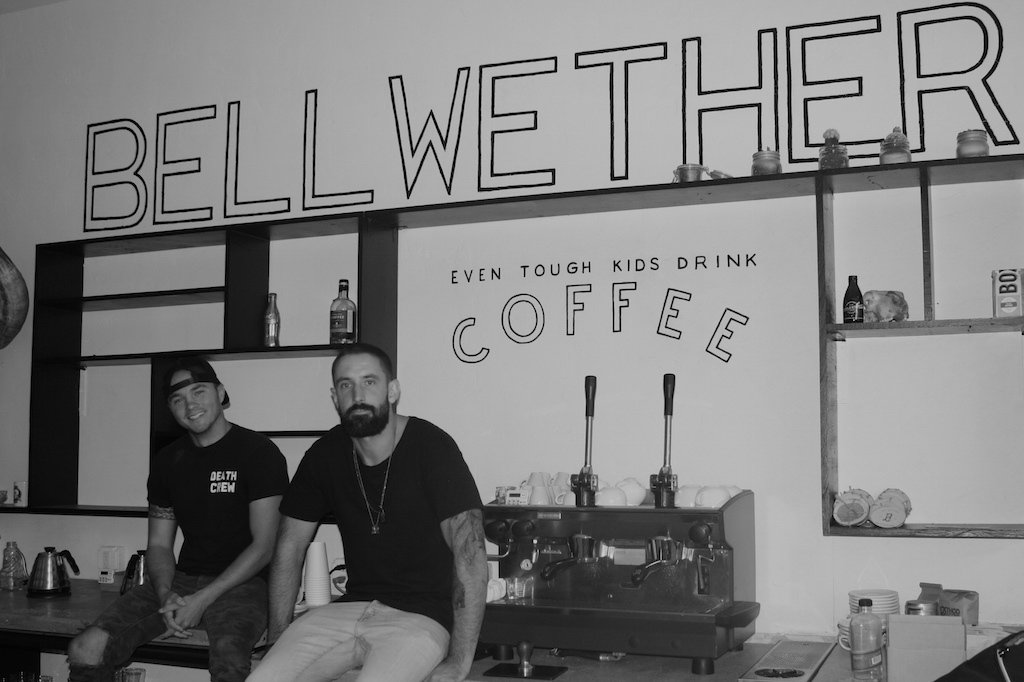 Co-owners of Bellwether, Josh Schmitz and Rustin Coburn. All photos by Trenton Reed.

The space is the brainchild of Coburn and Schmitz, co-founders of Ruckus Apparel, a full-scale clothing and accessory line, and Unfiltered Agency, a creative branding, and marketing firm. And while the idea began as a home for their clothing company, they envisioned greater things:

While Denver has seen a recent influx of coffee shops and communal workplaces, Bellwether’s goal is to provide a space that inspires the community. What makes the shop truly unique is a membership program that promises reliable WiFi and power outlets, shared workspace, business amenities, access to private barber services and a secret alleyway entrance for just $10 a month.

Though the concept behind the workspace-barbershop hybrid may seem exclusive, its owners aim for it to be anything but. “The last thing we want this to be is a cool kids club,” says Schmitz. “We want to provide this space for everyone—from families with kids, to grandparents, to entrepreneurs.”

The membership fee is an attempt at democratizing the space as well as providing members with a feeling of pride and ownership. “$10 a month is super accessible and what you get is way worth the price,” says Schmitz. “Everyone will have a place and belong here. And we think that we can create that community.” 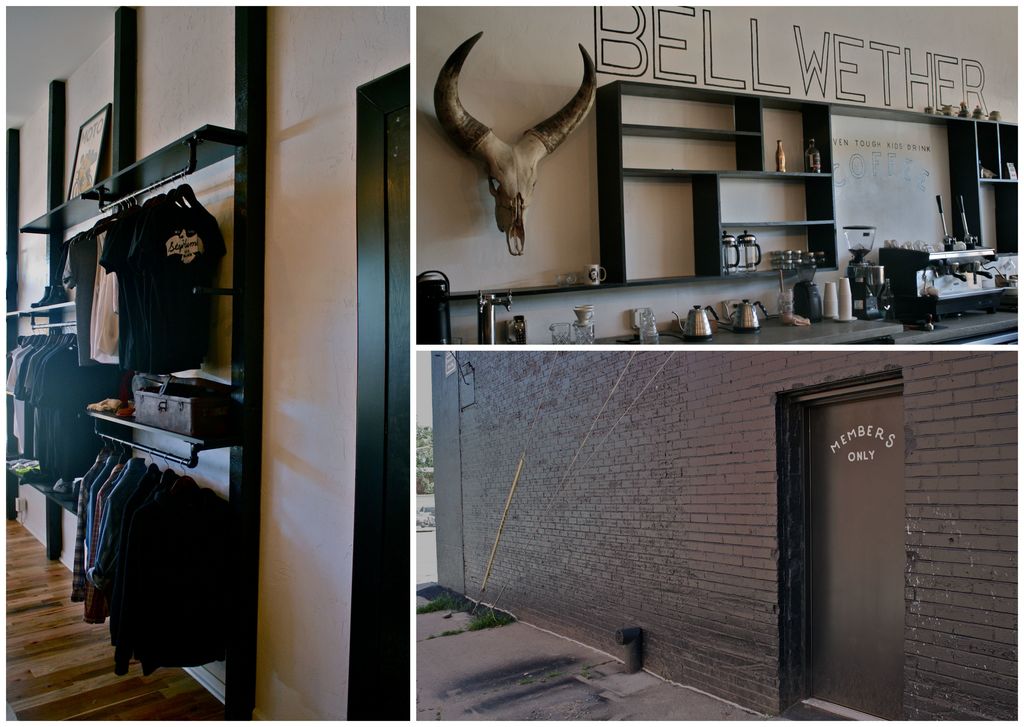 Because Bellwether serves as the flagship store for Ruckus—a company that promotes itself as ”working class fashion”—the raw, DIY intentionality behind the spot comes as no surprise. The team took great pride in creating the space from scratch. After gutting the building in November 2014, they have been working hard to perfect the space down to finest details.

Upon entering the Colfax-facing front doors, a sleek bar lines the west wall. Skulls and a wall print that reads “even tough kids drink coffee” compliment the minimalist approach. It’s immediately clear that the expertly curated bar values quality over quantity; instead of an endless selection, the bar will feature local coffee from Sweet Bloom and Boxcar, a cold-brew from Method Roasters on nitro and a rotating whiskey tap.

To the left is the retail selection, an area again dominated by warm, monochromatic colors and minimalist accents. The area’s centerpiece is a Ducati 450 R/T Desmo motorcycle, which reiterates the masculine overtones. Unlike the bar, the shop’s retail selection is more expansive, featuring apparel from designers such as For Love and Lemons, Grifter Gloves, Loser Machine, and of course, Ruckus.

The members-only room is more subdued, combining the feel of a classic barbershop with an innovative, shared workplace. Not only does the black-and-white tile of the barbershop mesh perfectly with the overarching design of the retail side, it feels timeless. Above all, the space is welcoming and gets a surprising amount of natural light—factors that should retain members.

With such disparate factors and needs to fulfill, it is apparent that maintaining a consistent aesthetic was of utmost importance for the team. Bellwether is both cool and comfortable: it is inherently masculine, effortlessly sophisticated and refreshingly inviting.

Bellwether’s opening weekend is slated for August 14-16, with operating hours between 7 a.m. until 7 p.m., seven days a week. But like the project, Schmitz claims that the hours are an experiment and may change based on interest.