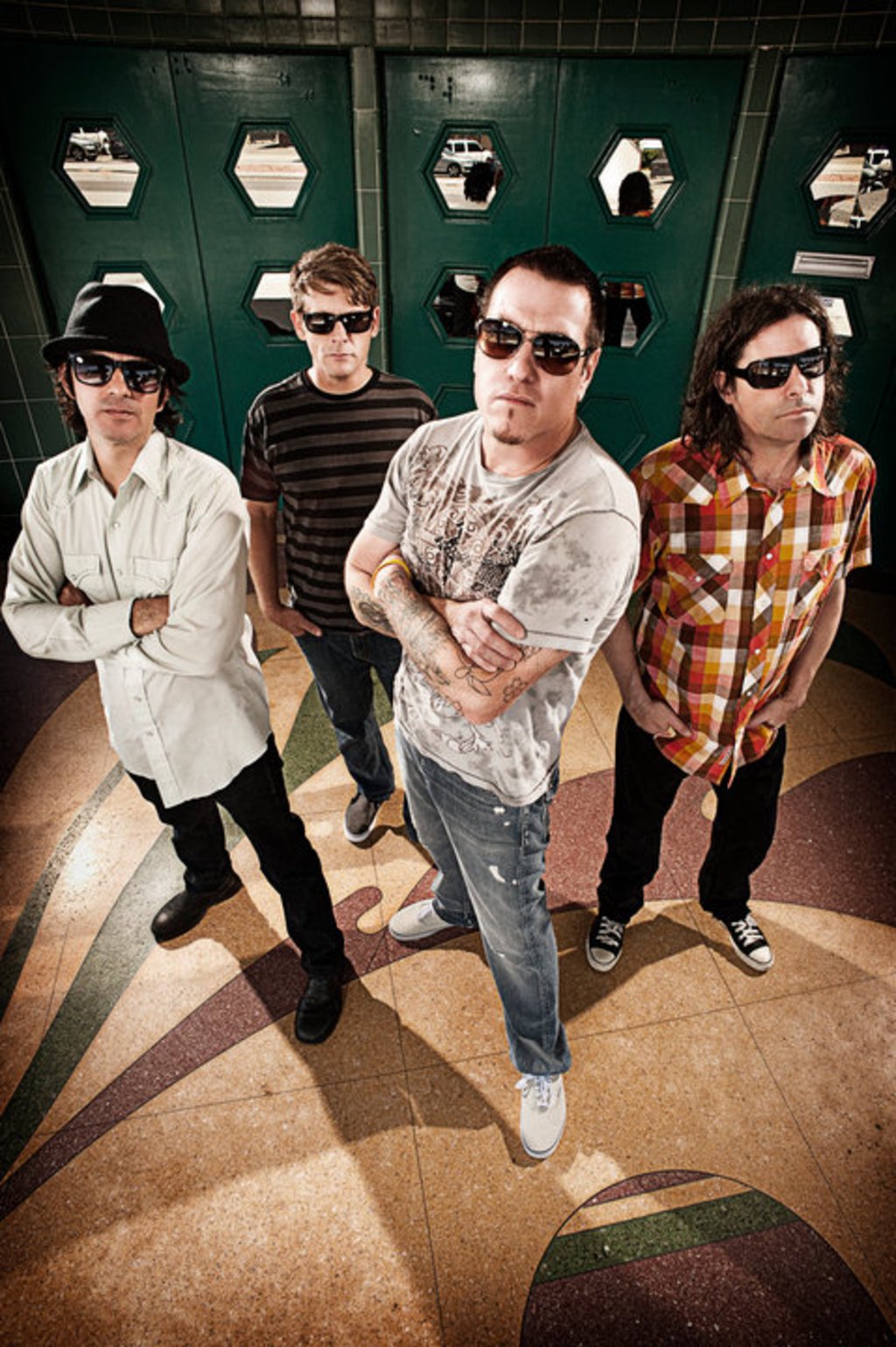 Last week Smash Mouth performed at the Taste of Fort Collins festival. Before heading into their final song “All Star”, which I can only imagine was a performance of virtuosic craft and musicianship the likes of which few human beings have ever seen, lead singer and Guy Fieri look alike Steve Harwell took exception to the few fans that had been throwing bread on stage throughout the show.

Harwell may have been justified in getting upset – disrespecting an artist on stage while they perform is a dick move, regardless of how terrible they are – but I’m not sure that threatening to find and “beat their asses” was the best look for a band most known for their feature on the Shrek soundtrack. Because there are always two sides to every story, I took a look at some notable on-stage temper tantrums from recent years.

Kanye West stopped his November 2013 performance at the Tampa Bay Times Forum multiple times because of technical problems. Openly complaining about the lighting, a mis-colored projection of his face, and the failure to give him “deep voice” on the mic, Yeezy hurled profanities at his inept technical crew; inept, in this situation, apparently meaning “Not 100% perfect”.

Why Kanye was right: First and foremost, Kanye West is an artist, and a talented one at that. Talented artists, especially those with the means of paying a crew to help them, deserve quality and perfection from those working with them to achieve their vision.
Why Kanye was wrong: Although the lighting and vocal effects might not have been up to par, stopping the show only worsens and highlights the imperfections. Interrupting a show to complain about a few minor problems is almost always worse than dealing with them afterwards.

Kings of Leon Curse the Birds in St. Louis

Southern-Arena rockers Kings of Leon left the stage just 3 songs into their 2011 St. Louis show after reportedly being pooped on multiple times by pigeons hanging out in the rafters. The final straw for the group was a piece of guano landing on bassist Jared Followill’s cheek. Yuck.

Why Kings of Leon were wrong: Dave Grohl broke his leg last weekend and played through the show with a roadie holding his foot up for 20 minutes while a cast arrived from a nearby hospital. Surely they could have at least tried to do something about the poop problem before deciding to leave so early into the set.
Why Kings of Leon were right: A band shouldn’t have to play under extenuating circumstances, especially when they’ve achieved the level of success that Kings of Leon have. Pigeon shit is pretty unsanitary, especially when it lands on your face and near your mouth.

Akon Tosses a Fan Off Stage in NY

During a 2007 Akon performance in Fishkill, NY, a small object was thrown at the singer while he talked between songs. Akon took it upon himself to find the audience member who threw the object – a 15 year-old boy – and invited him on stage. The fan foolishly accepted, and the moment he stepped on the stage, Akon picked him up and threw him into the crowd.

Why Akon was wrong: I probably don’t need to explain this one, but it’s generally not a good idea to throw people off of stages. It’s an easy way to hurt a bunch of innocent crowd members and possibly break someone’s neck.
Why Akon was right: I…I got nothing here. Throwing a 15 year-old off the stage is pretty fucking psychotic.

In 2009 while performing at Liverpool’s Echo Arena, Morrissey stormed off stage, ending a show after being hit in the head with a drink while shaking hands with fans in the front row. The object in question appears to be a plastic cup – notice the way it ricochets off his head – but Morrissey maintains that it was a bottle.

Why Morrissey was wrong: It doesn’t really bounce off his head the way that a glass bottle should, so I’m skeptical of whether Morrissey was ever in any real danger. Having security remove one jerk from a show is infinitely better than ruining it for the thousands of other respectful fans who paid good money to see him.
Why Morrissey was right: If it was indeed a glass bottle, I can’t fault the man for leaving. Artists shouldn’t have to fear for their safety on stage, and glass bottles are pretty dangerous.

Mark Kozolek’s outbursts during his performance at last year’s Ottawa Folk Festival was only the beginning of what turned into months worth of fodder for indie music publications. Bothered by noise from another stage bleeding into his set, Kozolek asked who the band playing was; the crowd informed him it was War On Drugs. Kozolek said “I hate that beer commercial lead-guitar shit. This next song is called ‘The War on Drugs Can Suck My Fucking Dick’”, and later compared them to John Cougar Mellencamp.

Why Mark Kozolek was wrong: Blame for sound issues lies entirely on the organizers of the festival, not The War on Drugs. His antagonistic jokes were misguided and more mean than they were funny.
Why Mark Kozolek was right: Music bleeding into an artist’s set can distract and throw off their timing, preventing them from giving their best show. Kozolek tried to deal with the issue with humor; he failed, but at least he tried.