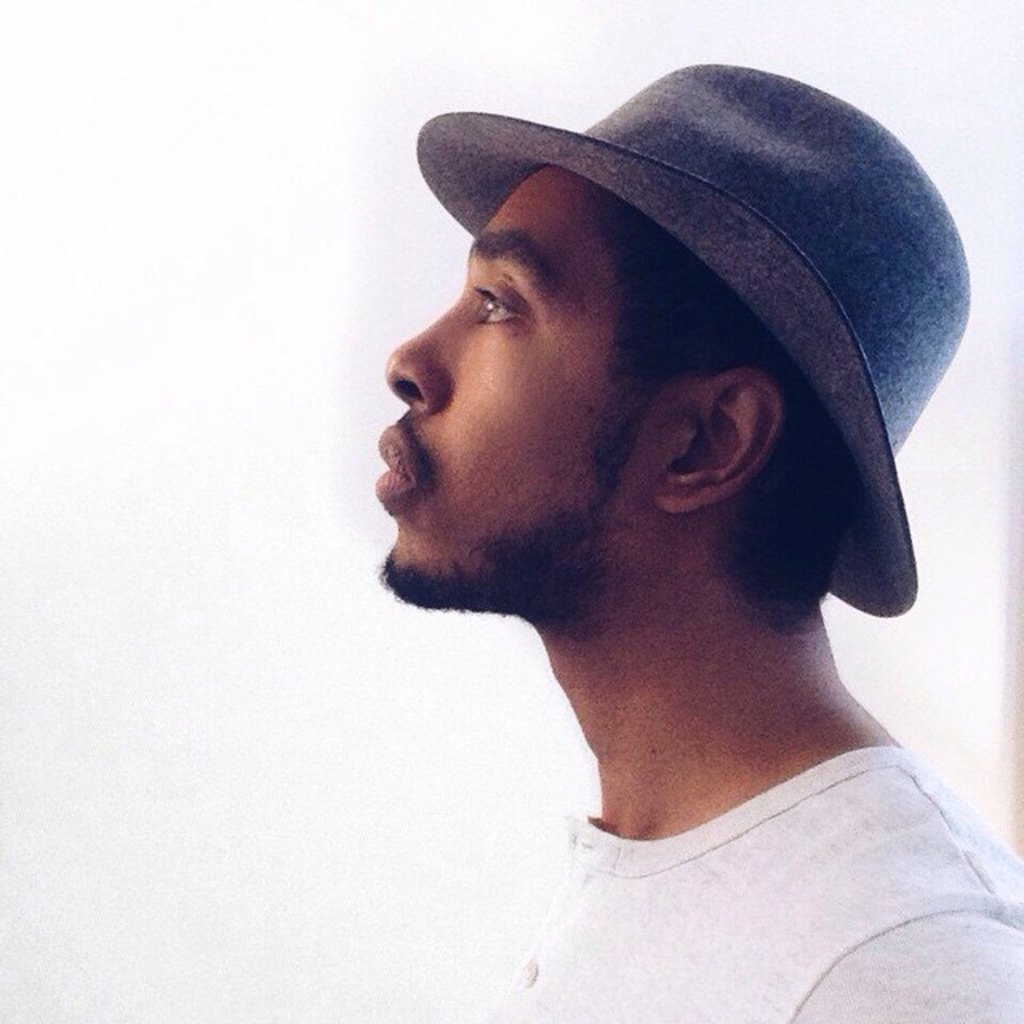 The Get Down: Joey Porter, The Diplomats, Mastodon and More

Hello! Welcome back to another great week in the Denver world of live music. The Get Down is here to yet again assist you with the road map to some quality artists around town the next few days. 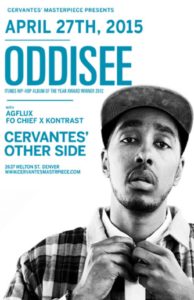 Washington DC rapper Oddisee will help kick off this week, performing at Cervantes Masterpiece on Monday. Before Oddisee was named the ITunes Hip Hop album of the year, he was just a young kid roaming the streets of the capital of all capital cities. Since then he has gone on to work with De La Soul, Flying Lotus, and Jazzy Jeff. This tour celebrates his latest album, The Good Fight, which is to be released on May 5th and this show is supported by acts AG Flux and FO Chief. The show starts at nine and will cost 15$ day of show.

Where my girls at? From April 27th until December 28th the Motet’s own Joey Porter will jam out at Quixotes every Monday night. Free for the ladies, $5 for the gents, this is a weekly get together that you will love having on your calendar for a weeknight you are craving getting out and get some funk. The show begins every Monday at 9 PM and goes on into the morning time.

Cervantes continues bringing the goods this week, with another installment of Electronic Tuesdays. This week is highlighted by 8 Year Decompression featuring Kahn with Caustik, local bass DJ DILLArD and Dubwol. Caustik, who found a love for music outside of rock while living in the UK, got on the dubstep train and has never looked back. After relocating to Colorado in 2010, he has been looking forward to spreading electronic music love ever since. If you are over 21 and female, enjoy free admission until 9, 12$ after that. For men, your Tuesday will only be 5$ until 9, and 12$ after that. For both genders under 21, the price is 15$ all night. 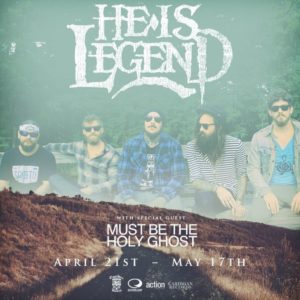 He is Legend at Marquis Theater

He is Legend, the iconic rock band that formed out of Wilmington, NC, is coming to the Marquis Theater on April 30th. The doors open at 7 PM, with Must Be the Holy Ghost, Lotus Gait, Sugar Skulls & Marigolds all as supporting acts. The cost is 13$ advanced, and 15$ at the door. After the last few years of their hiatus, reunion, and latest album out last fall, you won’t want to miss this. 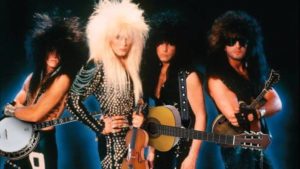 Pickin’ on Hair Bands at Cervantes

Cervantes offers its weekly Grass for that Ass show, this Thursday with a little bit of an eighties vibe going on. Presenting: HairGrass, a Pickin’ on HairBands special featuring band PickAxe playing Bluegrass versions of Guns N Roses, Motley Crue, Ratt, Def Leopard, Whitesnake and more. Not much else needs to be said about this situation, other than that you won’t want this to slip by you. Not to mention the fact that it is free before 9 PM with a 21 and up ID, and $10 after 9. The show runs 10$ all night to those underage. 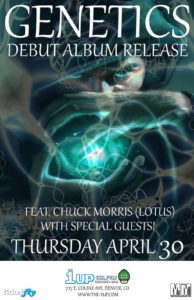 Genetics at 1up Colfax

The One Up Colfax has something unique this week, as Genetics drops their first debut album, you can celebrate with the band by coming to the release party on Thursday, April 30th. Genetics encompasses Chuck Morris (of Lotus,) Chris Pandolfi (of the Infamous Stringdusters,) and Stanton Sutton of Mountain Standard Time. Denver’s very own Greener Grounds will open the show, which kicks off at 9 PM and tickets range from $1.25-$10 depending on when you snag them.

The Diplomats at Ogden Theatre

The Ogden brings to you, Denverites, a classic persuasion of Hip Hop surely to bring back some memories of the early 2000s. The Diplomats, otherwise known as Dipset, are coming to Colfax’s favorite on Friday May 1st. The Diplomats consist of course, of Cam’ron, Jim Jones, Juelz Santana and Freekey Zekey. The Diplomats first formed in 1997, and ever since Diplomatic Immunity, this has been a super group worth paying attention to. Get out to see this tour before Diplomatic Immunity 3 comes out and you are kicking yourself for not seeing it live. You can get a ticket for $25 now or $35 at the door. 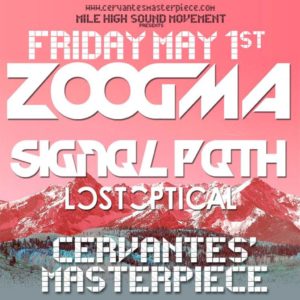 If you’re not into bumping that Hip Hop resonance on Friday, get down to Cervantes for the ultimate sound wave of the weekend with the Zoogma, Signal Path, Lost Optical and the JJ Evanoff experience. This would be a tough lineup to beat, with Zoogma and Signal Path headlining, both with plenty of experience keeping a crowd grooving into the late hours of the night. As they are projecting to, with the show beginning at 9 and going until 2 AM. This show is only $15 ahead of time and only jumps $5 DOS. 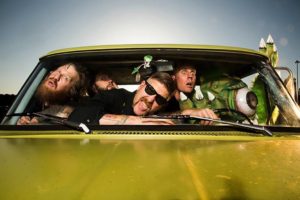 Heavy Metal fans across the Rocky Mountains have rejoiced in their gift from the metal gods; receiving legendary band Mastodon. The band will be gracing the equally epic stage of Red Rocks on Sunday, May 3rd. They brings along with them Clutch as part of The Missing Link Tour, which is bound to be one of Colorado’s heaviest shows of the year. Troy Sanders, Brent Hinds, Bill Kelliher, and Brann Dailor. will rage the stage after Graveyard and Big Business open things up starting at 7PM. Tickets for the show are $30-$35.