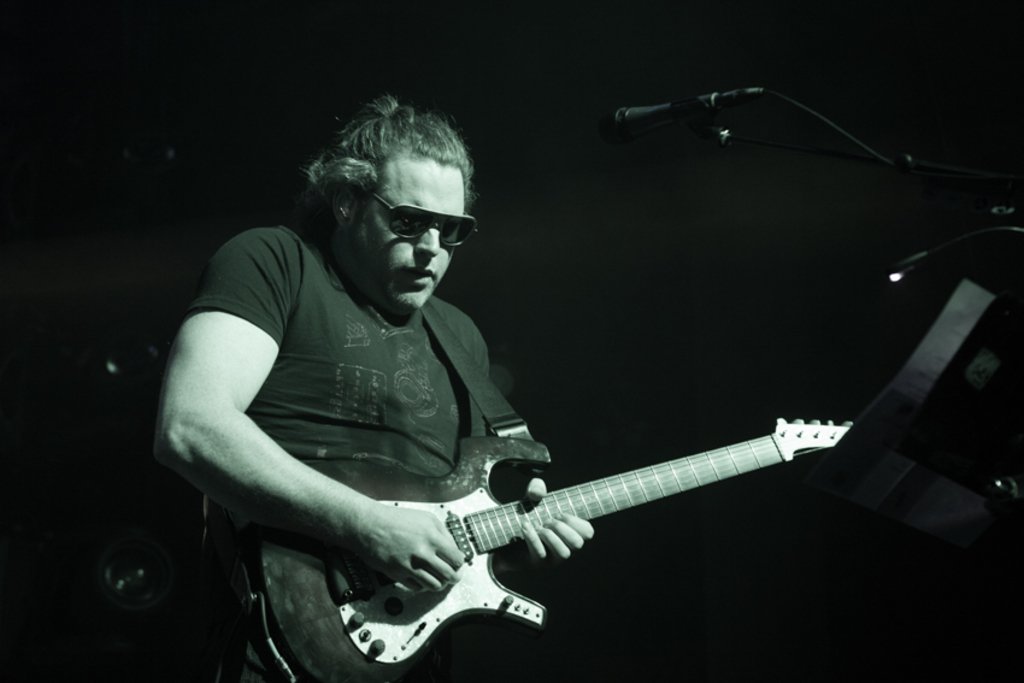 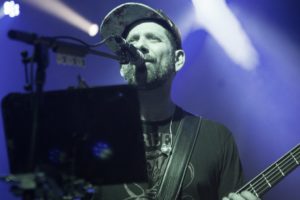 The Disco Biscuits kicked off a weekend for the books on Wednesday night, opening up at the Ogden Theater. The packed venue embraced the funky sounds of the veteran jam band as the light show poured over their dancing bodies.

The band jumped into the first set of the many they would play over the weekend, thrilling the cult-like fan base with tunes like “711”, “Rainbow Song”, “Neck Romancer”, “Home Again” and “The Overture”. Each song was filled with long lasting jams featuring each of the infamous members taking lead to show their various skills in solos. Once the extensive “42” came to an end, the band took off the stage for a half hour set break.

As with many jam band set breaks, the discussion of favorite shows, number of shows, and the excitement of seeing such a huge band in an intimate setting filled the air. One fan of the crowd boasted that he was celebrating his 100th Disco Biscuits show, a feat for any enthusiast.

When the quartet joined the stage once again, Jon Gutwillig, Marc Brownstein, Allen Aucoin and Aron Magner wasted no time in jumping back into the 10-minute songs accented by a lightshow striking enough to be on its own.

The second set was a session of sheer grooves, starting up with “Kamaole Sands” into “Above the Waves.” “Above the Waves” turned into a hearty jam, sprawling over the span of nearly 20-minutes, going into a rendition of “After Midnight” before heading back to finish.

“Shadow” and “Confrontation” take up most of the rest of the set, before the sounds flow into an ending of “Kamaole Sands.” The group left the stage for a few moments, and returned to gift the listeners with an idyllic “Rockafella.” Prior to retiring for the night, the promise of an epic string of shows echoed the walls as masses poured out from the security clad doors of the Ogden.

The Red Rocks show served as a testament to the age-old saying that Coloradans won’t let anything stop them from their fun, even it means a bit of a snowstorm. As the sun went down on Friday and the chilly air settled its way to the amphitheater, the bundled jam-freaks made their way up the steep hill to channel into the rocking night with the Biscuits.

The chilly eve zoomed off with a quick first set, beginning with “M.E.M.P.H.I.S.”, “Basis for a Day”, “Caves of the East” and rounding things out with “Spraypaint”. The night dropped to cooler temperatures, but the long jams kept everyone moving and warm enough to enjoy.

After a quick break, the band walked back out on stage as they did before, however this time they were accompanied by the Grateful Dead’s own Bill Kreutzmann and Mickey Hart. Dead fans across the theater were losing their minds as the newly formed group of musicians harmonized an entire set of Grateful Dead classics including, “Jack Straw,” “Crazy Fingers,” and “New Speedway Boogie.” The lyrics of each and every song echoed clearly through the walls of the rocks, all to showcase that the Dead never dies. 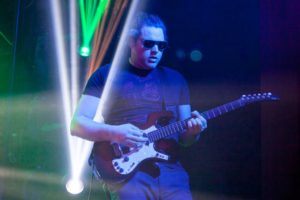 Here is when the snow really started to fall, appearing as a million shards of glitter falling in every color. Perforating the lasers, the snow made the lights on stage appear textured and even more vibrant while escorted with timeless tracks like “Terrapin Stations” and “Space.” “Wharf Rat” delved into “Help on the Way” and the one of a kind set ended with “Slpknot” and “Franklin’s Tower.”

Now into the deepest section of the eve, the Disco Biscuits took the third set off adventurously, with kaleidoscope lights playing off of the rocks and a fan rushing through the crowd waving a stolen “wet floor” sign. The band wowed with “Orch Theme” and received an obvious crowd reaction to “Megellan,” to then quiet down with “Casey Jones.” The monitor showed slanted winding angles of the rocks and stage from the recording cameras, and the theater was officially soaked in melted snow. Walking onto the stage one last time for the night, they recreated “Goin’ Down the Road Feelin’ Bad” to complete the winter evening.

The Disco Biscuits performed another night at the Ogden on Saturday, leaving Denver satiated until the next time they stop through.