Denver’s Bluebird Theater was charmed on Tuesday by PRhyme, a hip hop duo with almost five decades of expertise between them. DJ Premiere (of Gangstarr and overall genius architect of 90’s golden era hip hop) and Royce Da 5’9” (longtime Eminem collaborator and one quarter of supergroup Slaughterhouse) bring the heat with nine collaborative tracks and classic hip hop flavor. 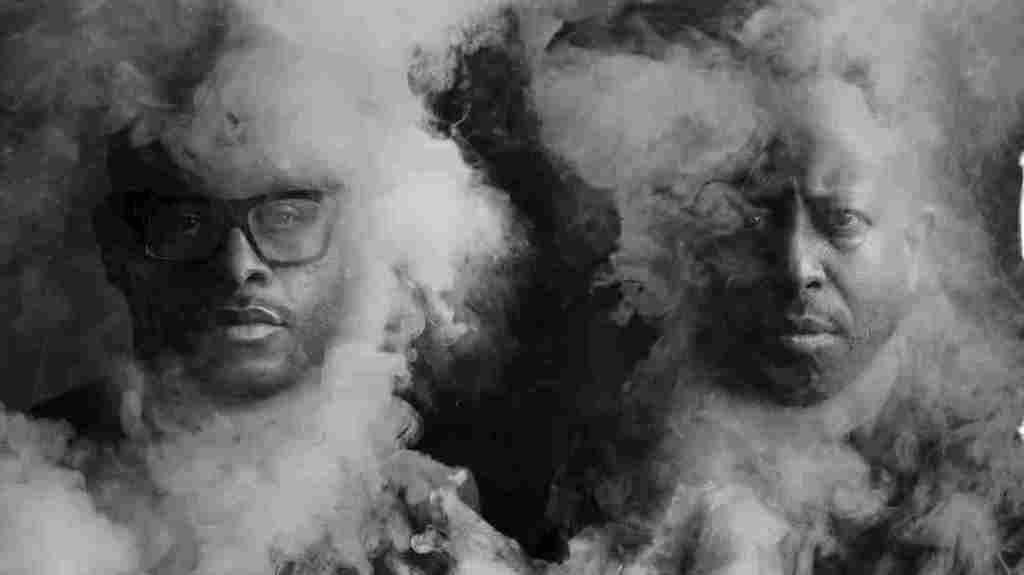 Before PRhyme could get on display, Denver emcee SP Double got the evening juices moving with the boom clap vibes. As the crowd filtered in, they could sense the tone of the night from the fast lyrics flowing over upbeat tracks. It is surprising to none that this local rapper got on the lineup, as his past collaborations with Royce have shown many he can hold his own well. SP brought his set to an end with the popular “Colorado with Me,” sparking mass crowd appeal. 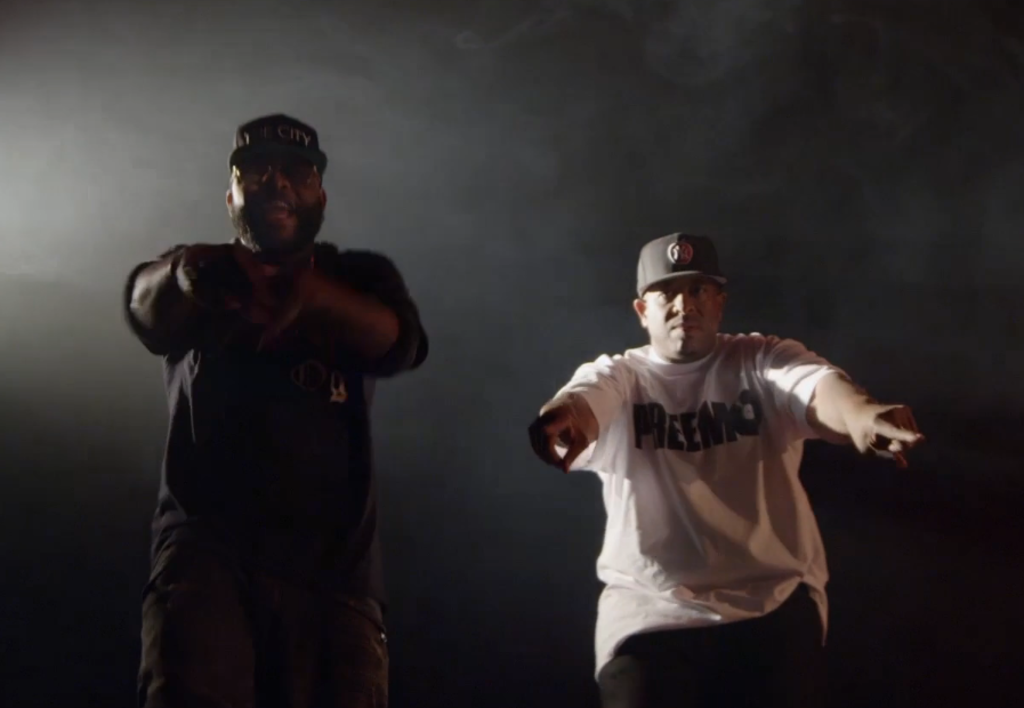 Detroit was definitely in the house, the next opener to bump the stage was Boldy James. You remember Boldy from his 2009 features with The Cool Kids, then coming back with his 2013 debut album My First Chemistry Set, produced entirely by The Alchemist. After opening his set with Chemistry Set’s “Moochie,” the audience was taken all over his discography, from the Grand Quarters EP with “One of One,” to the just dropped Trappers Alley 2’s “Big Bank.” Don’t be bummed if you missed this performance. You can expect things coming, as just last year he signed to Nas’ Mass Appeal Records.

DJ Skizz and Your Old Droog were third on the queue, beginning with Droog spitting out the lyrically clever “No Message.” Droog is one of the more unique emcees to come around the scene as of late, creating a cloud of buzz for himself after self-publishing the mysterious 10-track Your Old Droog EP in 2013, then adding 8 more tracks on to create the Your Old Droog LP released later that year.

He pulls you in with inventive lines, which are complemented generously by Skizz. The heads in the crowd nodded enthusiastically to tracks like “Free Turkey,” “Loosey in the Store with Pennies” and the comedic “Nutty Bars.” Fun Fact: When Droog initially dropped the Your Old Droog Ep, the lack of information about the too-good-to-be-anonymous collection led the masses to speculate that it may have been Nas under a stage name. However, in August of 2013 Droog revealed himself in an interview with The New Yorker, and turned out to be a 25-year-old Ukrainian American. 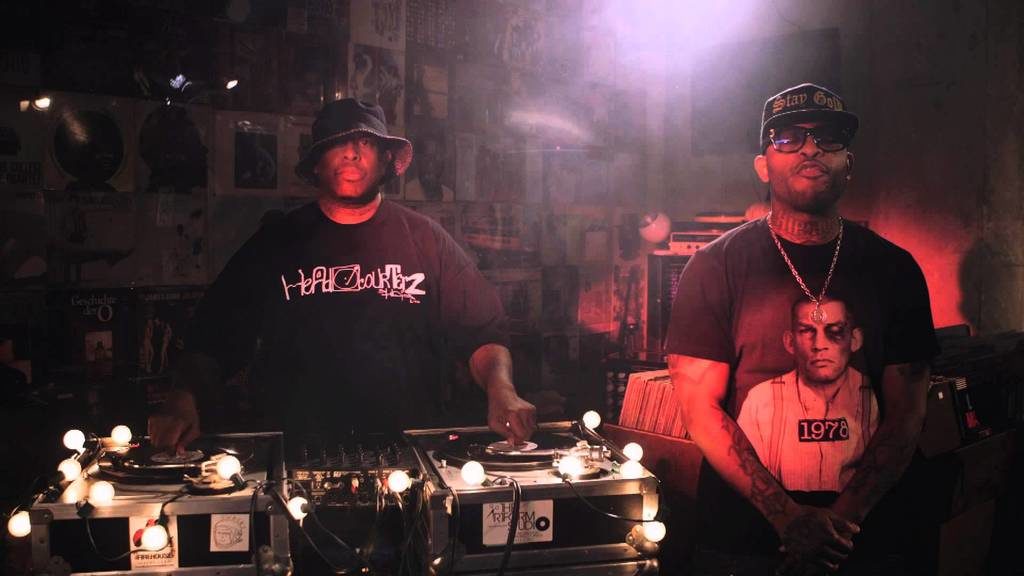 As the lines at the bar died down and the heads find their places below the stage. A massive turntable lights up and Premiere appears. Over the yelps from the dark waves of faces beneath him, he drops and soon Royce enters. The duo dive in and out of PRhyme’s prodigious tracks, all of which are orchestrated perfectly by Primo’s command and Royce’s signature flow.

Before you know it, they have already run through bangers like “U Looz,” “Courtesy” and the eponymous track “PRhyme.” After this, Royce takes a moment to explain to those in the flock of fans that the idea for this assemblage stemmed from the desire to create a raw album from 100% Adrian Younge samples. Adrian Younge is a producer whose expertise is 1968-1974 (specifically) psychedelic soul.  Following some samples of that, Royce’s brother Kid Vishis joined the show for several tracks. At one point, Vishis performs a few bars a Capella alone, with one line of particular wit pertaining to paying his electric bill with boxing gloves on, because “that is how you fight the power.”

Premiere takes us then on a wild journey through 90’s classics, playing the untouched songs of samples that would be celebrated by any hip hop head. Nas, Jay Z, and B.I.G. were all included in the showcase. 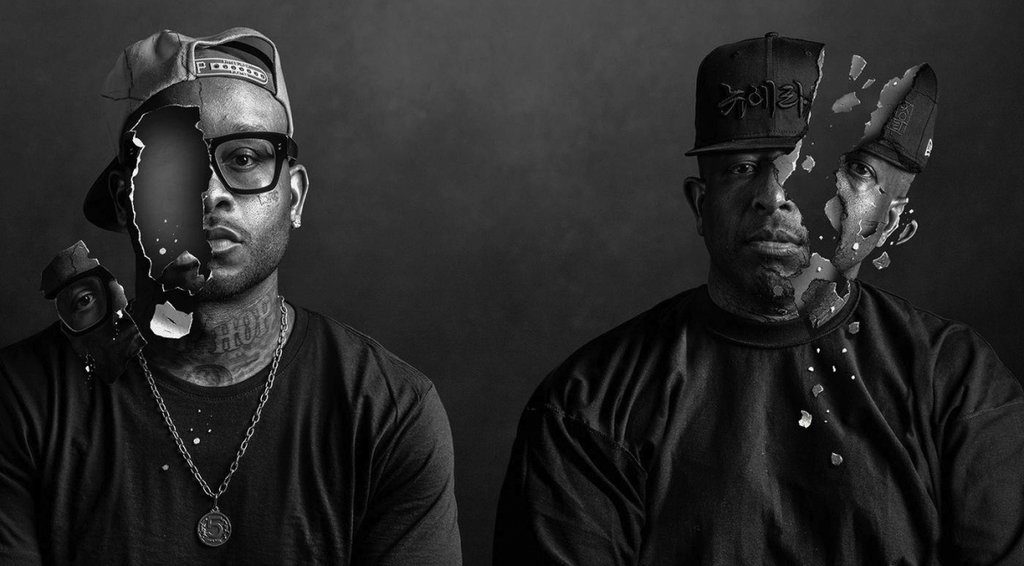 The night eased up with more PRhyme tracks and Royce sharing his childhood rendition of Little Miss Muppet. The show was a spectacular platform of two irreplaceable players in the game. While the album has received criticisms of Premiere’s style taking a bit of a wander, he himself has stated that that was the goal in mind. It may be different, but the fact remains that he is ‘one of the best yet’.