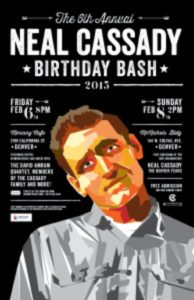 It nearly seems when reading Neal Cassady’s biography that it was certainly likely that he would end up be a petty criminal and nothing more. How fortunate for us that he would end up being so much more than that as he also became what was to become “the Beat Generation of the 1950’s and the counterculture movements of the 1960’s” due to meeting and developing friendships with Jack Kerouac and Allen Ginsberg. 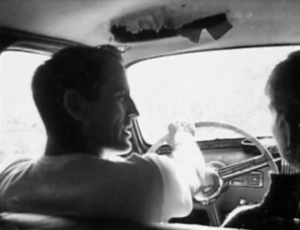 The next best thing to Neal Cassady is Denver’s own Beatnik Ed Ward who has been asked to present a short story NO GOING BACK that was conceived as a tribute to Neal Cassady. “Jack Kerouac first became aware of Cassady’s original genius when Cassady wrote Jack a letter in which he described with utter candor the sad and sexually charged tale of a woman crazy in love with Neal, a love that was for certain doomed,” explains Edwin and continues, “Upon reading the letter Jack proclaimed, in a letter to Ed White, that he had just read the words of the greatest writer alive, in Europe or America. NO GOING BACK is similarly a sad and sexually charged tale of doomed love.” 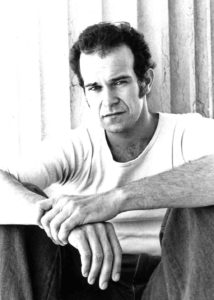 “I started writing early in life as I loved novels,” explains Ward, “P.C. Wren’s 1924 “Beau Geste” was the first novel I ever read and like one of the brothers in the novel, I still drink my coffee “laced with honey,” smiles Ward and continues, “as it was served in the French Foreign Legion. Writing and publishing in hard copy is one way to cheat death.”

Ed Ward has a commanding presence when telling a story as even when what may begin as a simple conversation can delightful fall into an incredible story. “Creative non-fiction best describes what I do. I generally create stories that are intended for a live audience. Brightening the lives of listeners when the commonality of our lives is revealed through storytelling,” smiles Ward. Ed stresses that if you choose to enter into this industry that it is important to “please yourself and to write something you love and find entertaining and your readers or listeners will do likewise.” 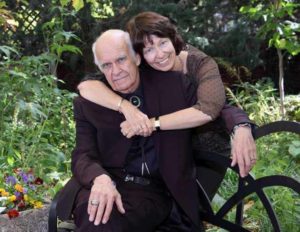 Keys to Ed Ward’s success includes his thirty-eight year old relationship with his wife, Marcia Ward. “We are partners in love, family and art. I also have had very long time relationships with fellow artists who have inspired and supported me,” smiles Ward and continues, “Finally, I’ve come to realize the Shaman within, that magical human force that sometimes peeks at the world that exists on other planes. Sometimes during a ritual that I’m conducting ( a wedding, memorial or a child naming) or during an extraordinary dream, I am overcome by the presence of the spirit(s) of people who have long since departed the physical world. Knowing there’s more to life than we can see and hear propels me onward.”

Join the Birthday Bash of the genius of Neal Cassady at the Mercury Café, this Friday, February 6, doors open at 7p.m. event begins at 8p.m., tickets are $20.00. The evening with feature poetry, reminiscences, music with The David Amram Quartet, with members of the family, Cathy and Jami Cassady, Robert Hyatt, Tim Hernandez and of course Ed Ward and more. Visit the following link to purchase your tickets:  http://www.nealcassadybirthdaybash.com/

Can’t make tonight’s event and wanting more of Neal Cassady, then surprise, there will also be a free screening of the documentary, Neal Cassady the Denver Years on Sunday, February 8th at 2p.m. at the Mc Nichols Event Building in the Denver Civic Center. Following the screening the film’s director Heather Dalton will interview Neal’s lifelong pal Al Hinkle via Skype. 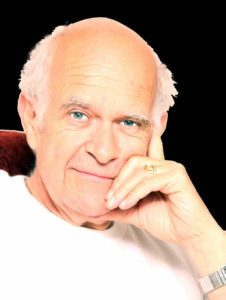 Also find time to enjoy the genius of Ed Ward as he hosts Stories Stories Bring Your Stories at The Mercury Café at 7p.m. the 4th Tuesday of each month. Ward also performs occasionally with the Narrators the 3rd Wednesday of each month at The Buntport Theater.

Want to connect or know more about Ed Ward? Call him directly at 303.322.9324, visit his studio/office at 5475 Peoria Street 4-112, Denver, CO 80239, email him at [email protected], web page www.TheImageMaker.qwestoffice.net or visit his blog http://edwinforrestward.blogspot.com/.