Beer names commonly fall under a couple categories: names based on a brewing ingredient, names based on the flavor, or some sort of pun. Puns are popular. So how do breweries go about naming beer? Do the brewmasters send the beer to some secretive monk order for a christened name, or do they drink a ton of it until something seems to stick?

Odds are, it’s more of the latter.  Typically beer names are commonly a collaboration between brewer and owner — or brewer and manager, or brewer and taster. 303 decided to get the scoop on how some local breweries select brew names, including stories of how some of the more outrageous names came to be.

What’s in a Name 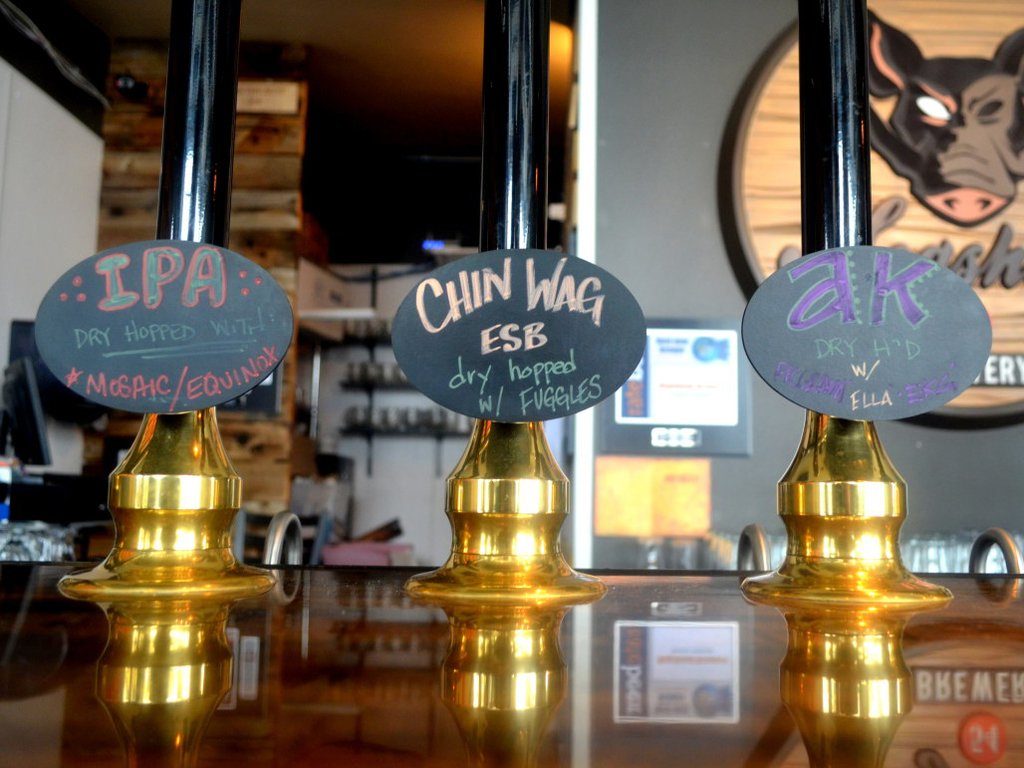 David Lin, owner of Comrade Brewing, says that word association plays a big part in how they name beers. Names like DEFCON Red and Yellow Card sound just at home in a brewery as they do in an ’80s movie about an awry computer and communist Russia. Lin elaborates:

“Comrade, however, has its own word association and we might as well keep the theme going…Our slogan ‘Welkome to the Party’ as well as our beer names (as best as we can), ties back into that.”

Other names you can expect at Comrade Brewing are Superpower IPA, Quit Stalin, and Yank Tank. Side note: Yank Tank is probably one of the best political beer references in most of Denver.

Danny Wang of Caution Brewing said there isn’t much structure to the way they do things. Betty Wang does all of the artwork for the labels, and they draw inspiration from her illustrations everyday. 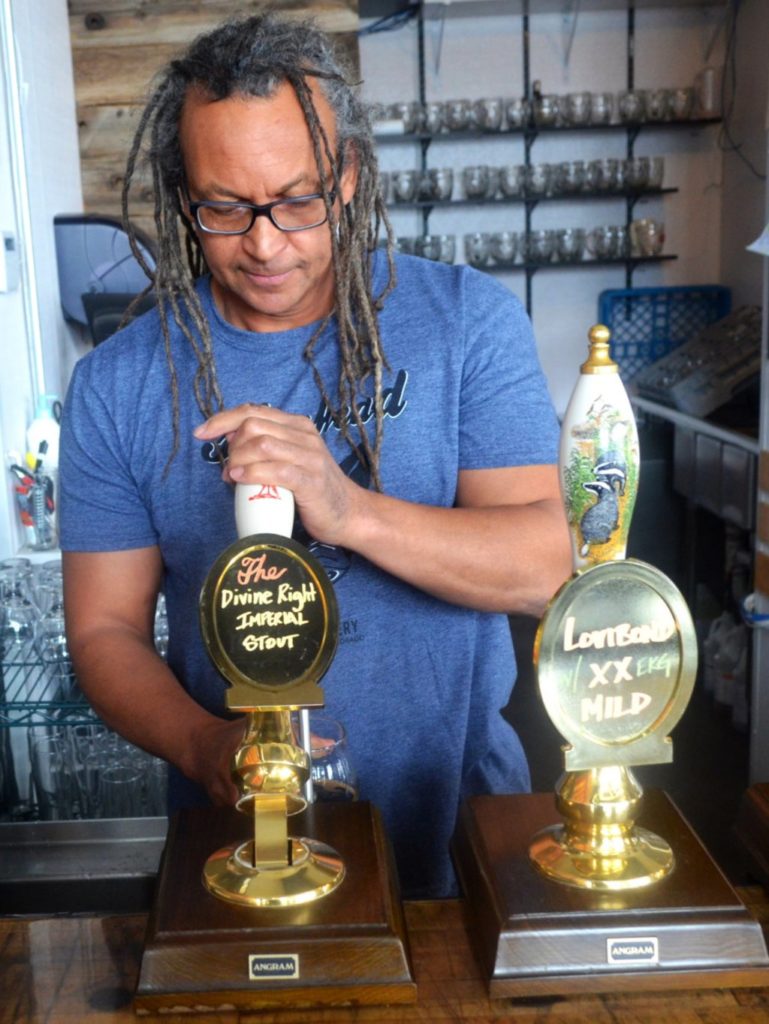 Pours being pulled at Hogshead Brewing

“Certainly there is no structured way we name things,” Wang said. “We look for things that are timeless and funny… a little quirky and a little bit light.”

At Caution, you will see Card Your Mom Saison, Honey Matrimony, and Toaster Bat Black — not to mention the weekly ExBeeriment.

“I don’t have any fixed process for naming beer,” Kirby said in an email. “It’s a bit like naming children…Once they are born you hang out for a few days and a personality develops and the name just comes.”

If this is the case then it seems there might be some kids running around with names like Window Licker Barley Wine, Old Burton Extra, and Lake Lightning. Personally we like Lake Lightning.

Other times, names come from long lists of rejects when you are really tired. Chris Hill and Josh Van Riper, owners of Odyssey Beerwerks explain:

“We go through our list of about 600 or 700 names we have already come up with and go, ‘Well those all suck so let’s go with something else,'” said Hill. “Most of the time we don’t use the list, but we use it to inspire something that we actually think fits.”

The Do’s and Don’ts of Beer Naming 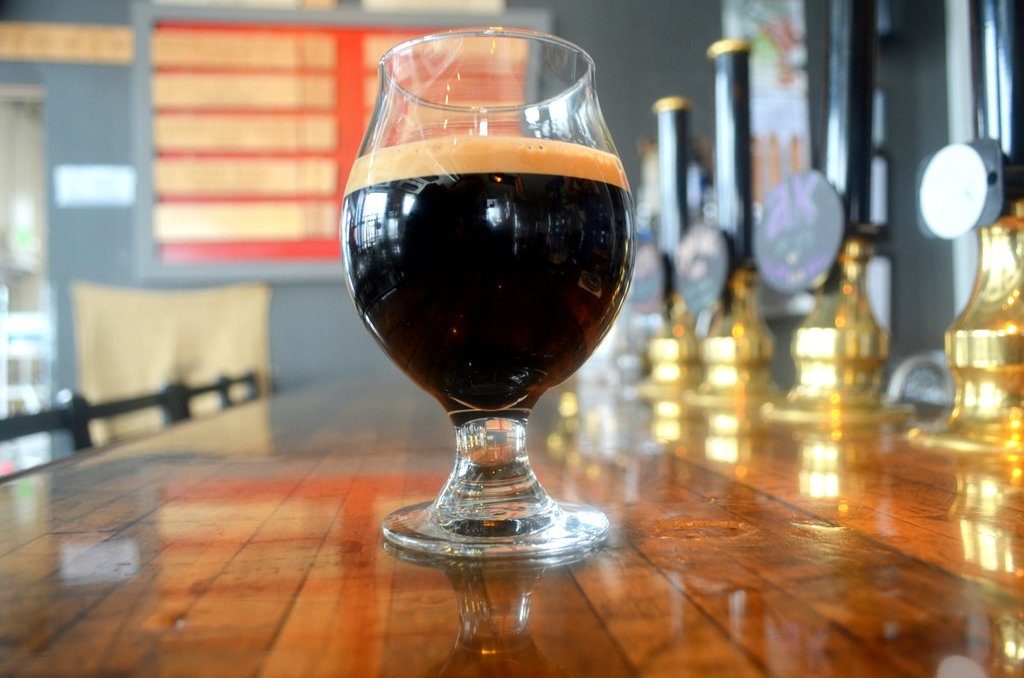 Breweries aren’t out here to offend people or turn away potential customers. Every once in a while you might see a timely political beer, or a beer that pokes fun at someone or something. Comrade Brewing had an IPA named Enhanced Interogation (which was an IPA) that came out a while ago. It abreviated to EIPA: Enhanced Interogation Pale Ale. You can imagine this one getting some press time, especially with the more-recent government interrogation allegations.

“We try not to use fads [in our names],” said Wang. And not everything can be named. When you brew a new beer every week, the logistics break down eventually. “If we brew it and it’s going to be around for a few weeks or a month we try to name it.”

Caution’s Auntcha Mommas breakfast stout may have stepped a little over some personal bounds. “We had a cute lady for the logo and we thought it was cool and well represented. Why the hell not. One of our really good friends is black and he said, ‘Dude do it.’ It’s a play on the name Aunt Jemima.” 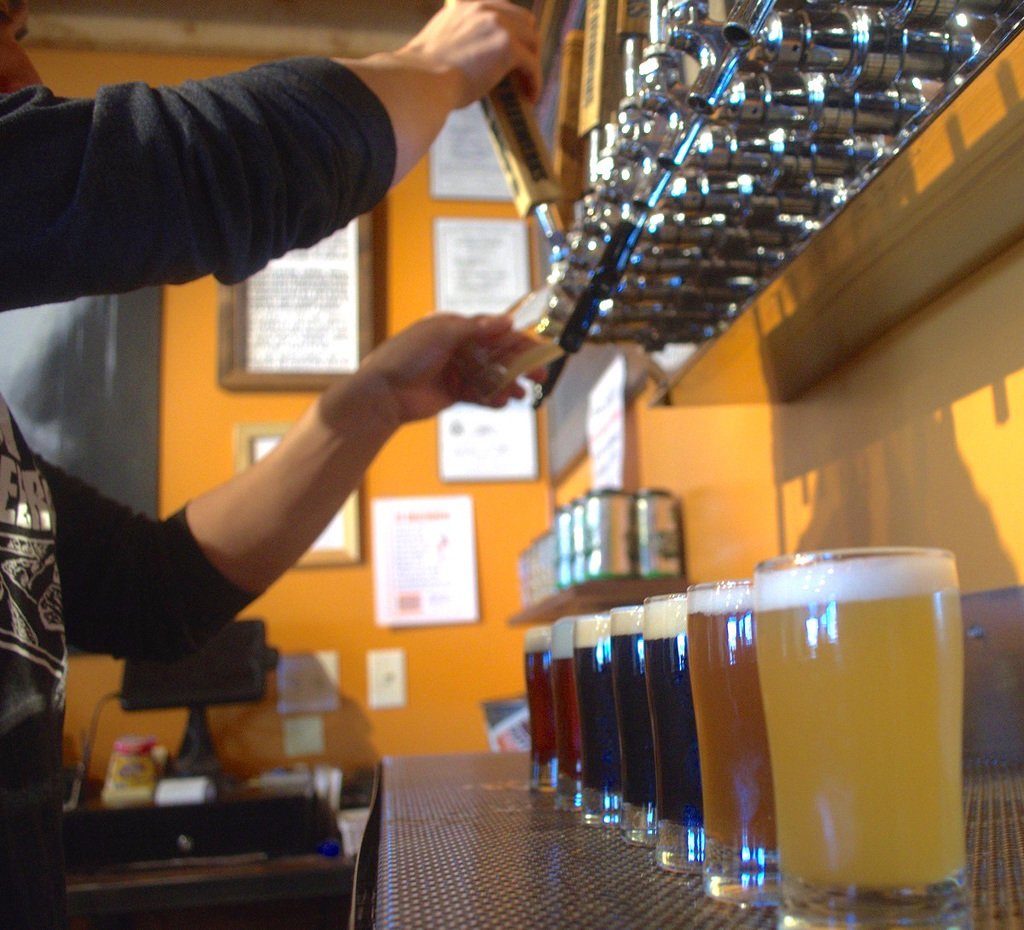 Luckily, brewing is a collaborative event– for the most part. When there are over 40 breweries in Denver alone — over 3,000 around the country — chances are you will run into another beer with a similar name, or a similar logo. NPR recently wrote a report stating that brewers have used every large city, notable landscape feature, creature, and weather pattern of North America have been used as beer name or brewery name.

Infamously, Avery Brewing and Russian River Brewing both brewed a beer named Salvation. The breweries got together, had a few beers, and decided to combine both beers into Collaboration, Not Litigation Ale. 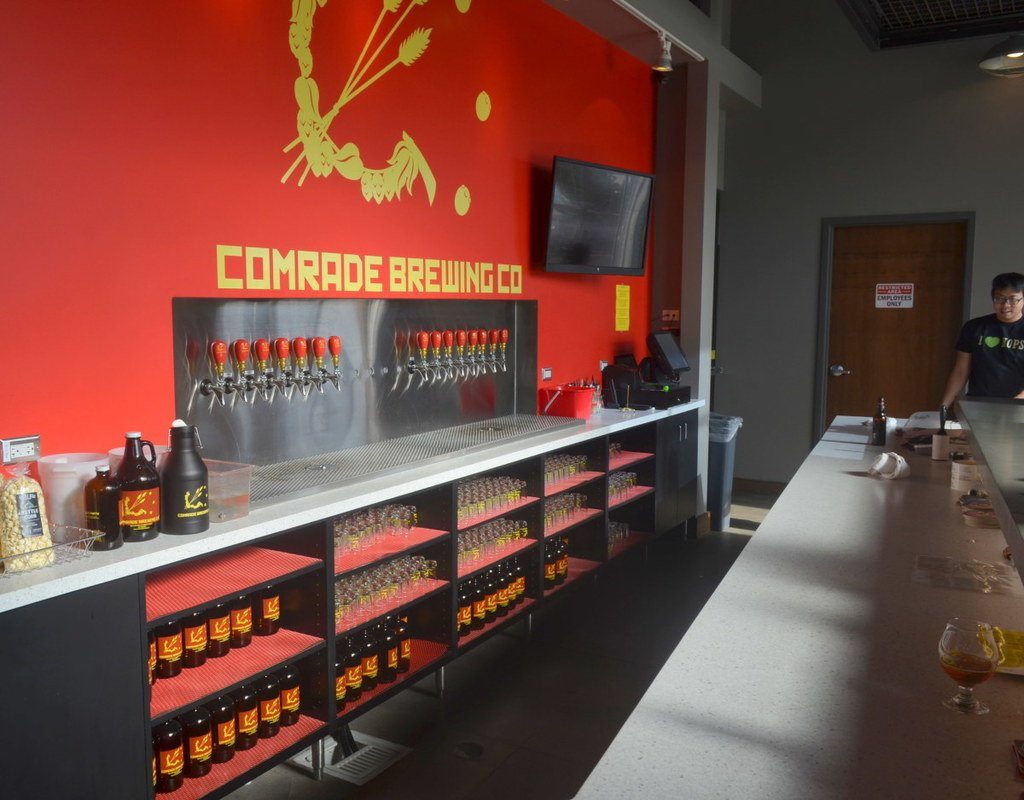 So is there any advice about naming your beers? What if you decide to take up home brewing? What if you just need some naming advice?

“Name it whatever the hell you want,” said Wang. “Whatever you draw your inspiration from. There are no rights or wrongs.” — Given that you try not to offend anyone or you at least have a good story behind the name.

“Home brewers are very creative. I’m sure many have the dream of opening up their own place,” said Lin. “I would say to think what the branding story would be and name your beers around that. Have fun with it.”

“There’s no formula to coming up with names,” Hill said. “We taste the beer and go ok: is it floral, is it roasted, is it super hoppy? What is a word or phrase that matches the taste?”

Either way if you’re trying to name a beer, it seems it not too much of a serious ordeal. Rather brewers appear to agree to just have fun. Below you’ll find a quick list of some other beer names we enjoyed:

Are there any we missed? Feel free to comment and add in any crazy beer names that you don’t see listed.