The Bluebird Theater was packed with one of the more diverse crowds I’ve seen in a long while. Middle-aged couples called a babysitter, gaggles of single girls moved giggling in pods and groups of drunken bros crooned Queen during set break. Aussie singer-songwriter Vance Joy brought everyone together Saturday night for a sold-out evening of impeccable vocals, telltale stories and an electric ukelele–yes you read that correctly. 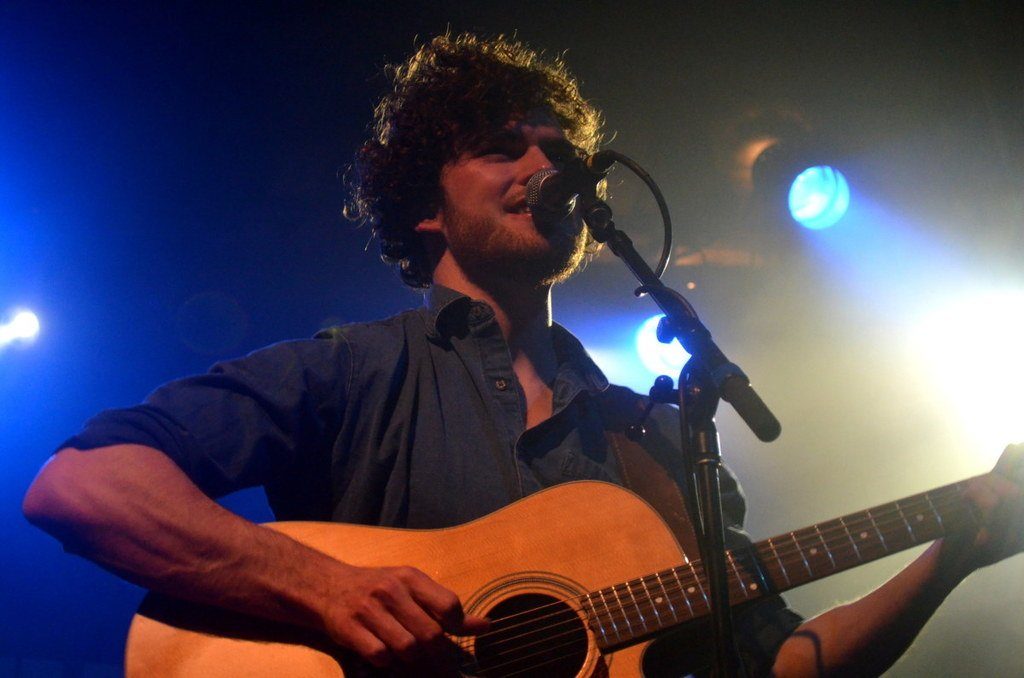 The night opened with a surprising set from Jaymes Young, whose stage presence rivaled most veterans. His tracks, while in keeping with the sensitive songwriter genre, also struck dance-ready basslines and stand-out percussion.

Vance came to the stage without the ego you’d expect from someone who has topped the charts in both the U.S. and Australia with his debut album. The curly-haired crooner has something of a quirky shyness to him and you can’t help but be taken with his guy-next-door persona. Joy opened with “Emmy Lou,” to which female fans shrieked and undoubtedly filled in their own names during the chorus.

This next one is about a red-eye flight that goes from one end of Australia to the other and the person who is taking it.

Joy whips out his tiny electric ukelele for a few tracks and looked so large on that stage holding such a tiny instrument that made such an unforgettable sound. Next came “Georgia,” a heartbreaking ballad of the honesty of relationships and one of this writer’s personal favorites from his debut LP Dream Your Life Away.

This next song is about a girl with a snaggletooth.

What? The crowd giggles, but Joy seems unfazed by the odd-sounding title to his song. The lyrics “baby don’t you know I love your snaggletooth, I see it poking out when you laugh” became far less comical when you think about all the imperfections in people we inexplicably love, whether a snaggletooth, a lazy eye or that unruly chin hair that just won’t call it quits.

Joy rolled through “My Kinda Man,” after citing that when he originally wrote the song, he didn’t realize he had ripped off the lyrics from a pretty well-known rock band, Lynyrd Skynard. When Joy struck the first opening chords to “Riptide,” the song that’s been coursing through our car speakers since last year, the crowd uniformly stood together to belt out the lyrics to this poppy hit. Joy ended a lovely night with his most recent crowd-pleaser, “Mess is Mine.”

Everyone was all the feels after this show. And for those who missed Vance Joy this time around, he will be back in Denver very soon for 93.3’s Not So Silent Night on December 5 at the 1STBANK Center. Check him out, you most certainly will not be disappointed.