There is seemingly magic that occurs in the art of photography. Marcia Ward is one such artist whose fine art photography engages her audience and takes them on a wondrous journey; it is bold and beautiful, a passage of light, shadow, color and imagination. Whether black and white or just the natural light of a Denver city scape, Marcia Ward’s art is magical. 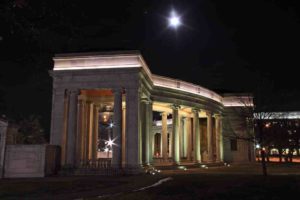 “I like to create other-world-ly imagery whether by manipulation or isolation,” states Marcia, “For instance, a familiar Denver landmark, such as the Voorheis Memorial in Denver Civic Center Park takes on another dimension when photographed at night.”

Marcia began her career in the arts while studying journalism at the University of Wyoming. “I was obliged to take a class on photography and my passion to render photographic images was born,” smiles Marcia. Two artists that struck an “awe” chord with Marcia, “Ansel Adams and Jerry Ulseman. The former for this print making genius and the later for his take on the blending of images.”

“I’ve been lucky in that I’ve been able to turn my passion for photography into a career as both a commercial and fine art photographer,” states Marcia and continues “because unless you are also working commercially as a photographer, be prepared to starve as the fine art of photography is often lost on the general public.”

Marcia has won numerous “Best of Show” awards but her most treasured award is the 1983 Colorado Arts Award for Photography, THE TOMBSTONE, awarded to her by the James Ryan Morris Memorial Foundation.

Marcia stands firm on her philosophy for family and life. “Family is the most important thing, and in life, treat all acts as acts of art.” And what keeps this artist sane as well as her keys to success? “Exercise, swimming, and my husband’s love and support as I’ve pursued my art, and having had the opportunity to be both a mother of two sons and a grandparent of six, soon to be eight grand children,” smiles Marcia with a little laughter. “My greatest influence has been my husband, Ed Ward, who is a performer, writer and watercolorist.”

Marcia Ward is the owner of The ImageMaker and her work can regularly be seen at her studio located at 5475 Peoria Street, 4-112, Denver, CO 80239. Reach out to her directly at [email protected], 303.322.9324 and visit www.TheImageMaker.questoffice.net. 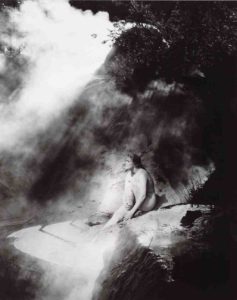 There is no time like the present to be a tourist in our own city and to become an art collector. Happy Holidays. 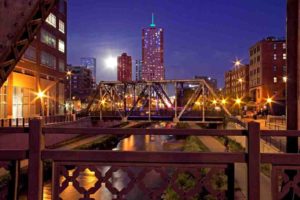