Denver Broncos Score on the Field and in the Community

It is no secret that our boys in orange are dominant on the field this month, but the Denver Broncos have gone the extra yard (pun intended) by making an impact in the community as well.

303 previewed a couple of these unique October events at the beginning of the month, and as promised we were here to bring you the most exclusive coverage. 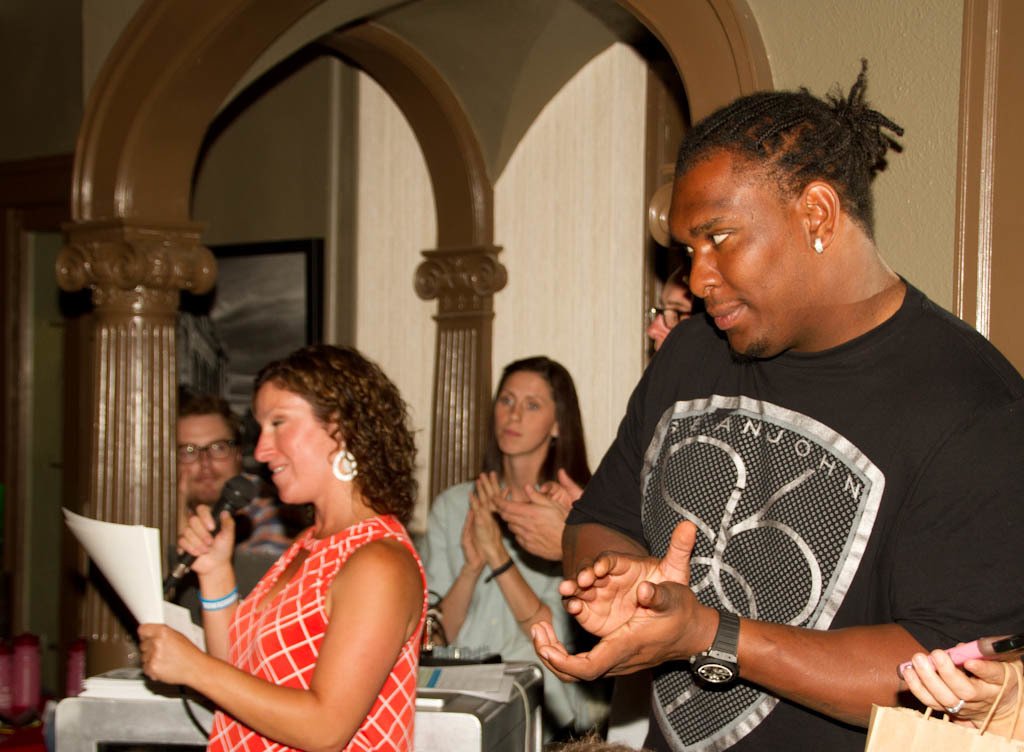 The 16Ways Foundation recognizes an emotional need for at-risk youth. At-risk youth require reassurance that they matter in order for them to achieve their highest possible academic and social levels, with the intent to become productive, contributing members of society. Foundation President Marisa Murgolo opened the evening by thanking Franklin and Garland for their continued support:

“While Wesley [Woodyard] isn’t in Denver anymore, the foundation is still active in the community. It means a lot to us that you continue to support 16Ways,” she said. 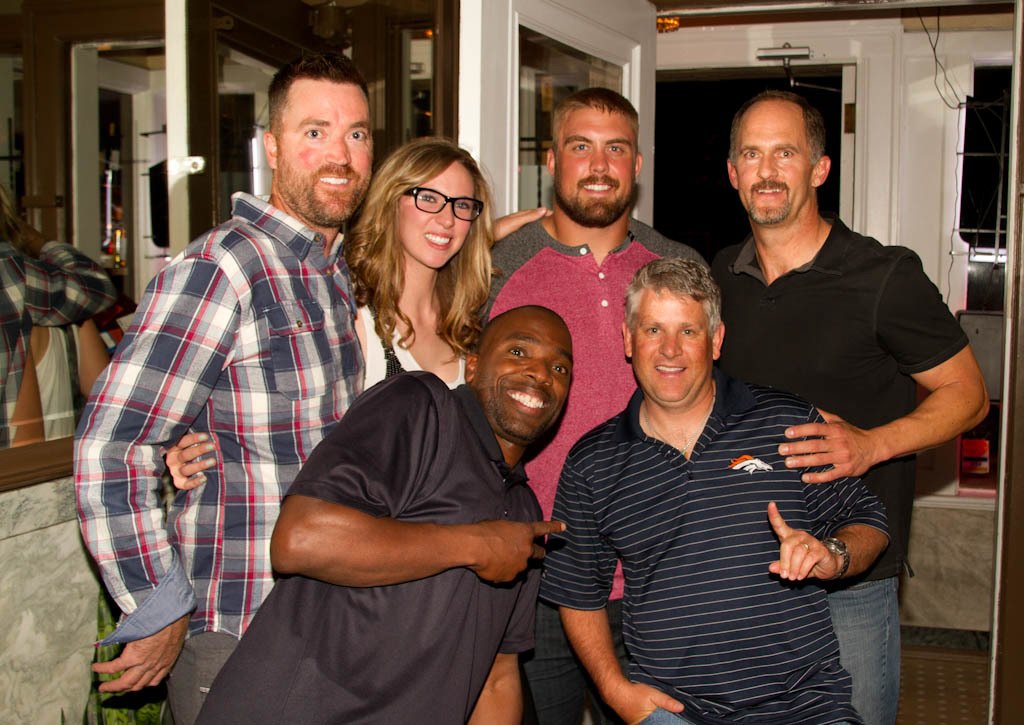 After 4 competitive rounds of trivia the winning team “Orange Crush” took home the victory, and a prize of free tickets to an upcoming Broncos game. 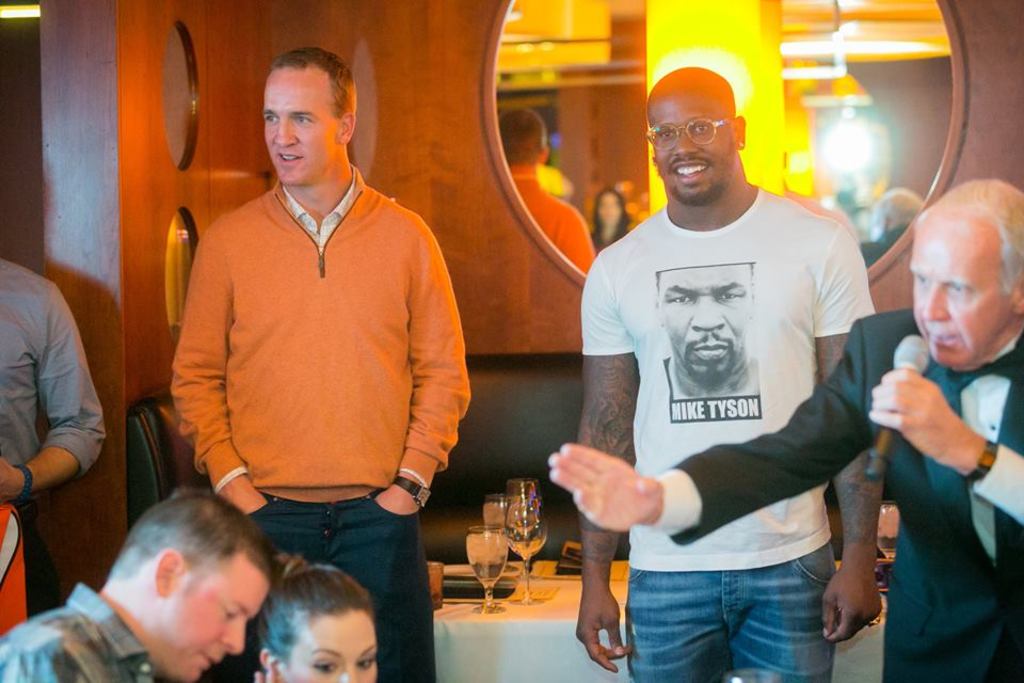 Ok, so we didn’t preview this one because it sold out quicker than Peyton could say “Omaha” and that would have just been a tease. A fan favorite, this night of elegance and first-class service at Ocean Prime benefited Broncos Linebacker, and current league sack leader — Von Miller’s charity Von’s Vision. 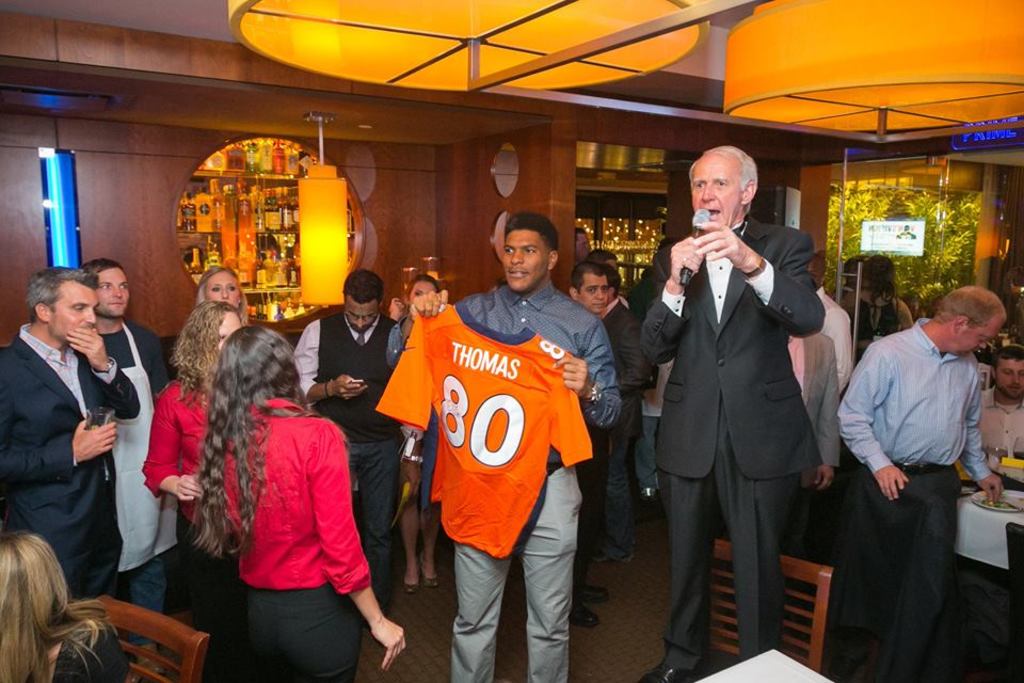 Miller and more than 40 Broncos teammates including Peyton Manning, Wes Welker, TJ Ward, Aquib Talib, Demarcus Ware, Demaryius Thomas, Julius Thomas, Terrance Knighton, David Bruton, Brock Osweiller and many more traded in their uniforms for aprons for the night. The event featured a cocktail hour, world-class wine selection, 3-course meal, and a silent and live auction. The event raised $150,000 for Von’s Vision. With every $20 giving a child the gift of sight, a lot more kids are going to be able to see Miller continue to dominate the league in his position.

WARNING: the following content is #nsfw proceed with caution. 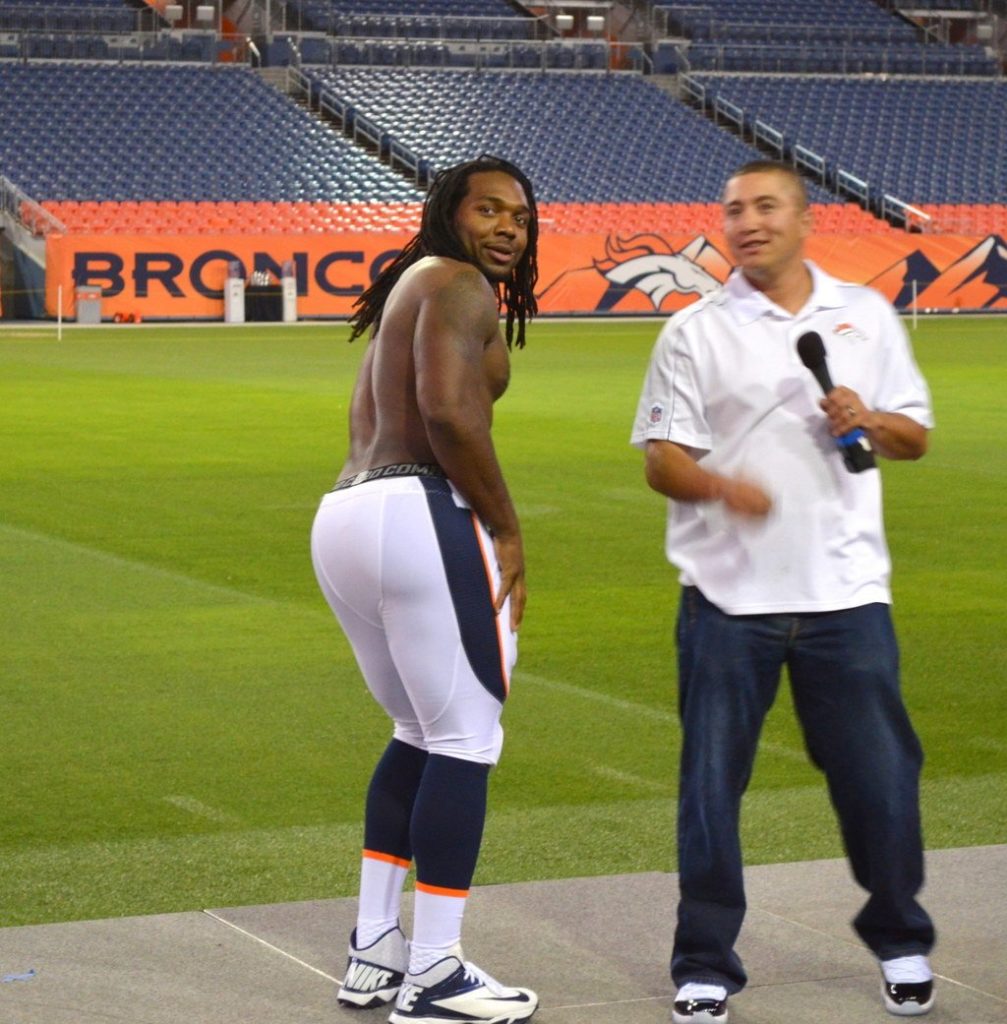 Herds of enthusiastic women eagerly flocked to Sports Authority Field to take part in the 5th-Annual Denver Broncos Crush Night Out hosted by Susie Wargin. In a world usually reserved for men, Denver ladies had the opportunity to get up close and personal with the glamorously sweaty world of professional football.

There was no shortage of activities to take part in. From the pass-punt-kick station on the field to player and alumni autographs, locker room tours, pictures with coveted Super Bowl trophies, raffle prizes, and a photo booth – no one left bored. Of course it would not have been a Broncos ladies night without a hot linebacker taking his clothes off, right? Right. #56, Nate Irving took it all [or mostly] off during the event renowned “equipment demonstration”. And he liked it… 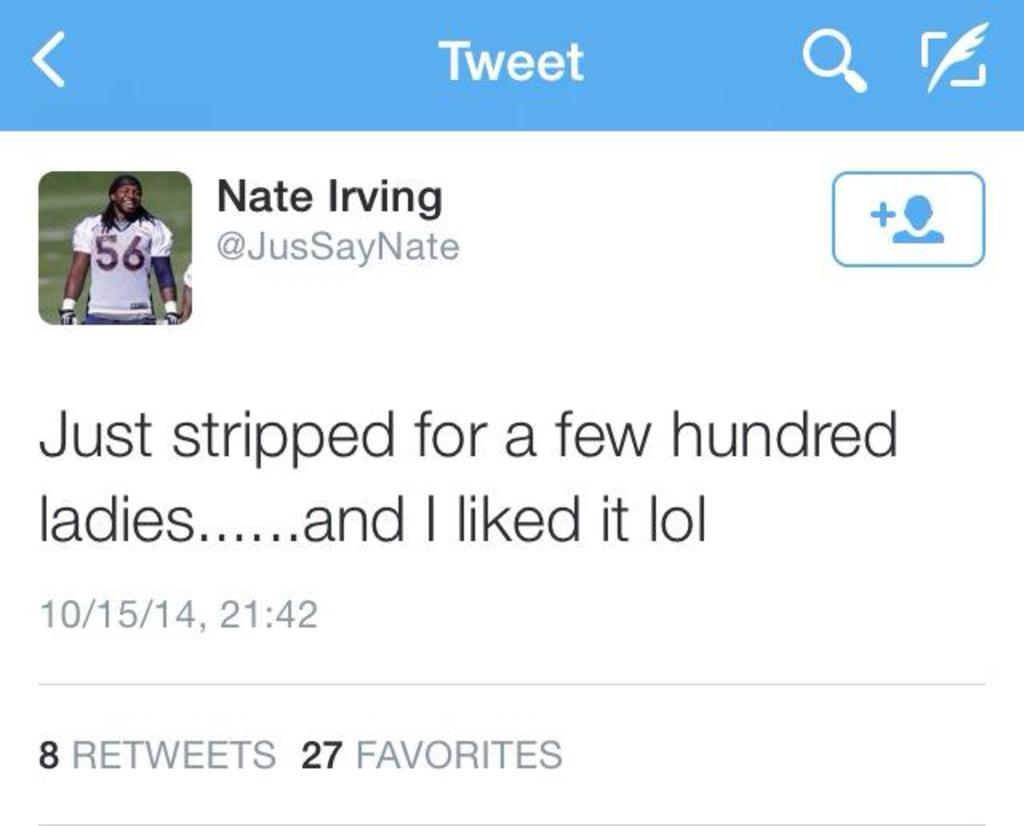 We liked it too, Nate. Click here for a full event gallery by Lindsey Bartlett.