What a surreal night wading through the interactive, feminist, post-modern, and absolutely brilliant sets of some of my favorite comedians at Funny or Die’s Oddball Comedy Festival. The rocks were reverberating with laughter as heavy hitters Louis CK, Marc Maron, Demetri Martin, Aziz Ansari, Sarah Silverman, Whitney Cummings, Hannibal Buress, and Chris Hardwick bestowed some wisdom to the audience of nearly 8,000.

I don’t know if the comedians sat down and decided a theme, or if it is just an indicator of these issues prevalence on the minds of America, but the biggest theme of the evening would be gender. Feminism, sexism, the interactions between men and women, the lines of relationships and love. It was comedy history. 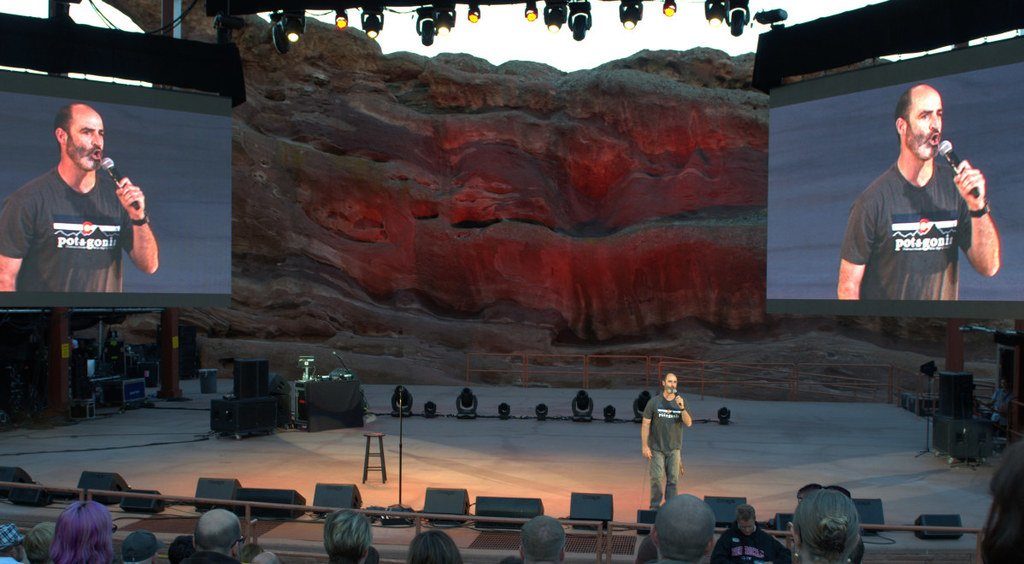 Brody Stevens was fun as a host, pointing to his mild Arab ethnicity, repeating “You got it,” almost too many times, and straddling the line of complete mental breakdown as Marc Maron pointed out. But Brody, on @Midnight on Comedy Central, is a lot like Zach Galifianakis in his alienation of the crowd. It worked, maybe better in a smaller setting, but still to meet it’s goal. He started out stronger than he ended. As anticipation built for the acts, they tended not to need his introduction.

This feminist thread was weaved throughout the night in a truly open minded, female power comedy set. In a world where women are the butt of the joke, this strong, female energy dominated the night. 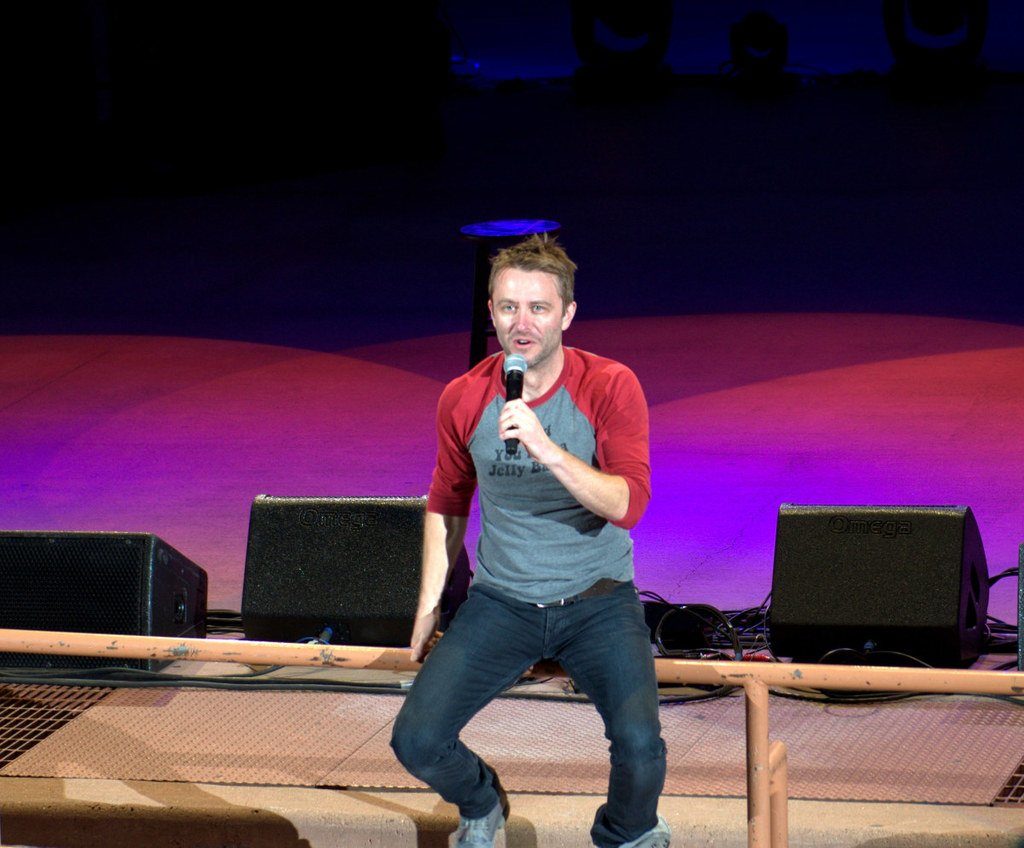 Chris Hardwick aka Nerdist came out with a cellphone in hand, recording the epic night and his entrance onto Red Rocks stage. Hardwick is from Colorado, attending high school at Regis. To say he was taken aback by being on this famous stage in his homestate is an understatement. He even climbed into the crowd to sit on an older gentlemans lap. Pretty classic.

Hannibal Buress demands the stage. Entering in a precious jumpsuit with his face on both sides, his lips on his own ass, the Chicago comedian did not disappoint. He is a power house of intelligence, relevance, quick rhetoric. His rap brought out a truly bizarre, fire-eating, stilt walking dance crew. Buress is known for the unconventional. As a moderately unrecognizable name, Buress still took the crowd by surprise and coax uproarious laughter out of them, that is a true comedy professional. I am won. Give me one of the Hannibal Buress jumpsuits, I am wearing that shit, too.

Aziz Ansari had a great night at Red Rocks. He was able to make fun of white people, something that is easy to do in a crowd like that in Colorado. Everyone in the front rows name was Dan, Chris, Jake, John. He went on about monogamy, relating cheating to skittles and a relationship to a healthy, nutritious salad. Men crave skittles once in a while. Ansari also stuck up for women, saying clap if you are a man and you have every womens back. The reply was a mildly enthused crowd of men, maybe half. Despite this sad reality, I was overwhelmed with joy and side-splitting laughter during his loud and high-energy set.

I love Demetri Martin. Despite having heard a few of the jokes in his set before, I cant help but be drawn to his quircky and minimalist style. Hinting at his shows too-soon cancellation, I am glad to see he’s still got it because I never stopped wanted to see his sense of humor shine.

“Food trucks should deliver. Just drive it to my house, you’re perfectly suited for this.” to,”I said hey whats your middle name and he said I have to middle names and I said ah so you have no middle names. Just a space.”

One more great Demetri Martin joke hit the absolute uncooperative nature of cherry tomatos in salad.  At the end you just have 8 cherry tomatoes left, giving you the finger.

Marc Maron is my current favorite comedian. His set included the classic self deprecating cat humor, mixed in with his raw and unapologetic honesty towards relationships. While he is troubled by a lifetime of failed relationships, you can see his joy in the fact. “I almost feel like I won.” His friend constantly makes him feel better about being single, when he asks about his family and his life, says something to the degree:

“I can’t look my wife in the eye. Cannot look that woman in the eye, can’t stand her, but yeah I’m blessed I can’t imagine my life without her.” 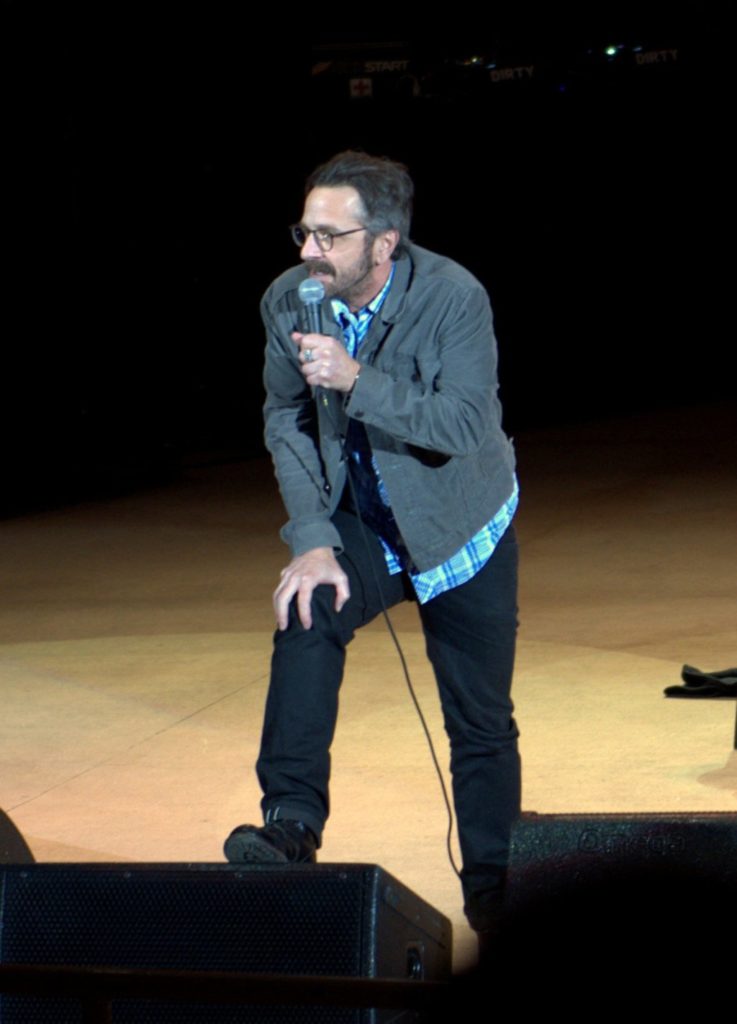 “We buy our daughters barbies because we need them to know that they are worthless pieces of shit as soon as possible.” 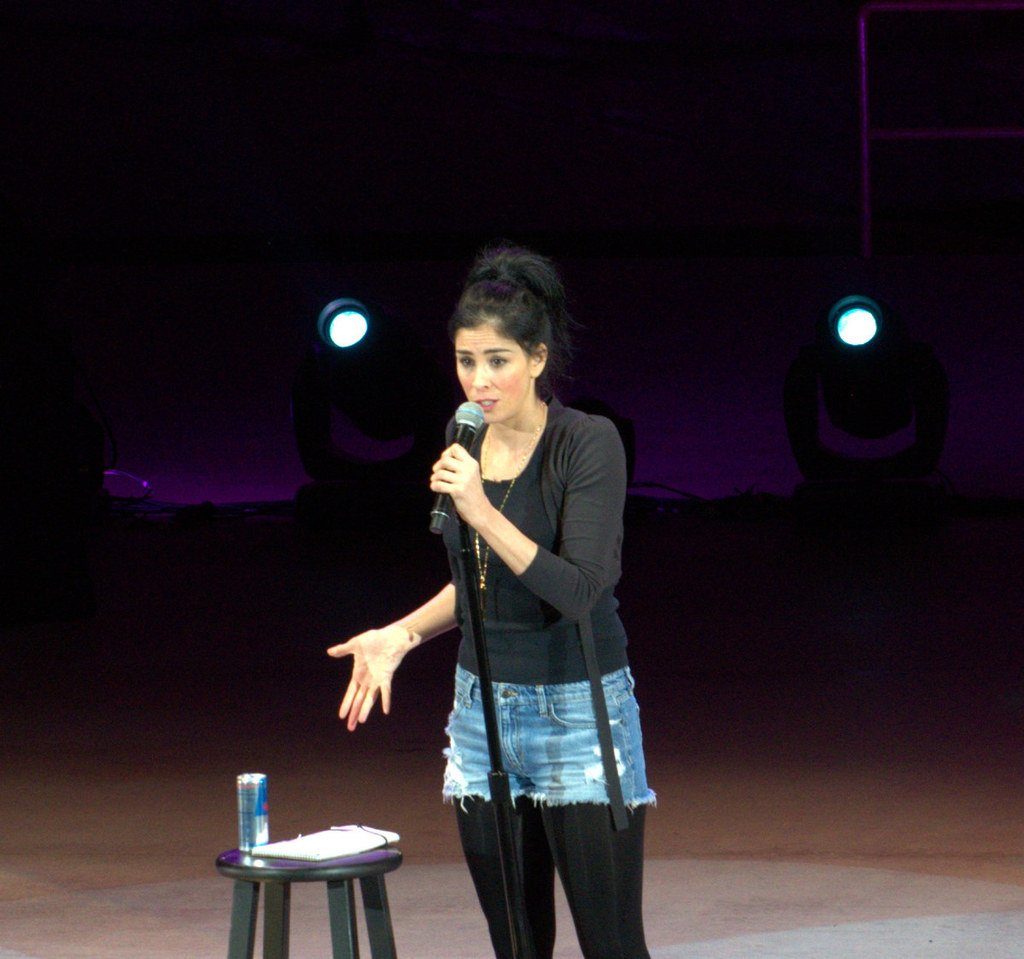 The star of the night was Emmy away winning Louis CK in the flesh. He started off slower than he ended, in a set that gained comedic momentum. Louie took us everywhere from a wicked story about his childhood dog who just hated him, who would choke himself to get away from him. To his grandpa who first told him about death when he was 8.

“My granpa just flat-out told me, ‘Everybody dies.’ I wasn’t even talking to him. I was just sitting at the table and he’s walking by. ‘Everyone dies. Just dig yourself a hole and make it bigger every year.'” 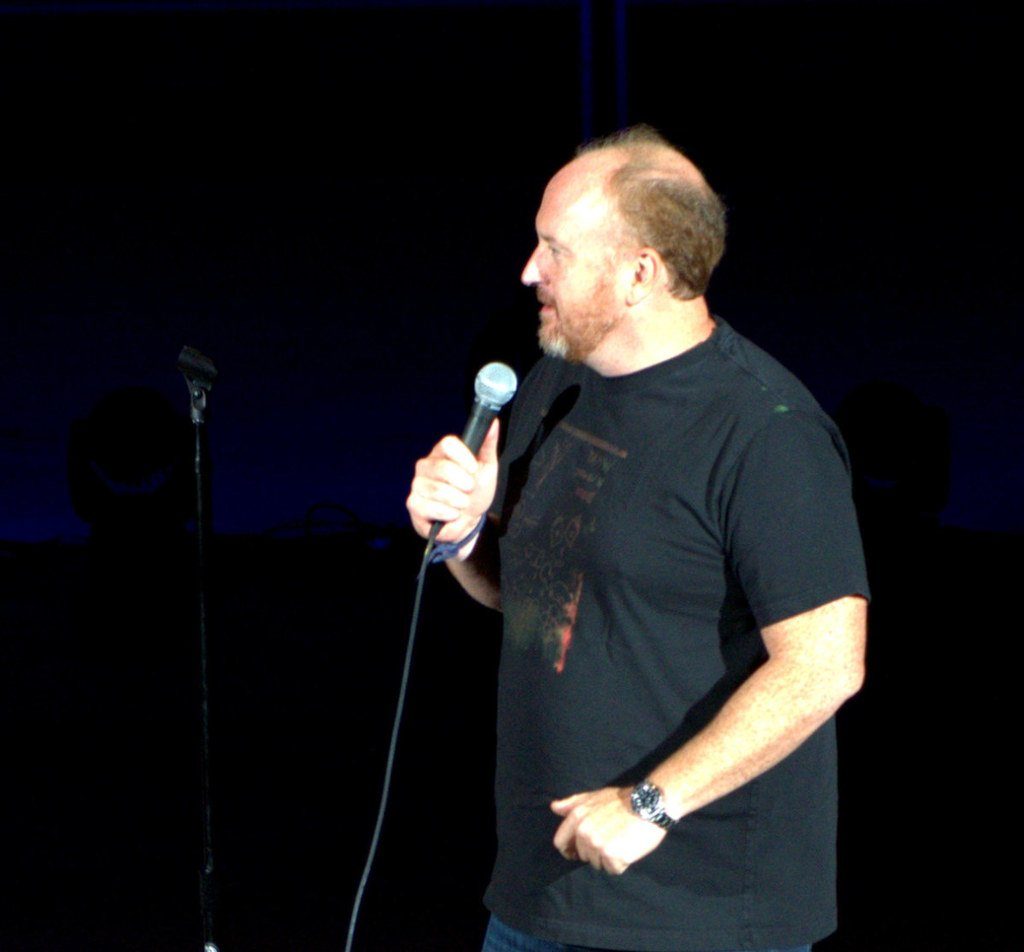 Louie may or may not have talked shit about marijuana, to the wrong crowd. “If you smoke weed everyday, you are boring.” With validity that is a hard pill to swallow for the Colorado crowd, Louie is always on point. He ended a surreal and epic night of comedy on a high note.