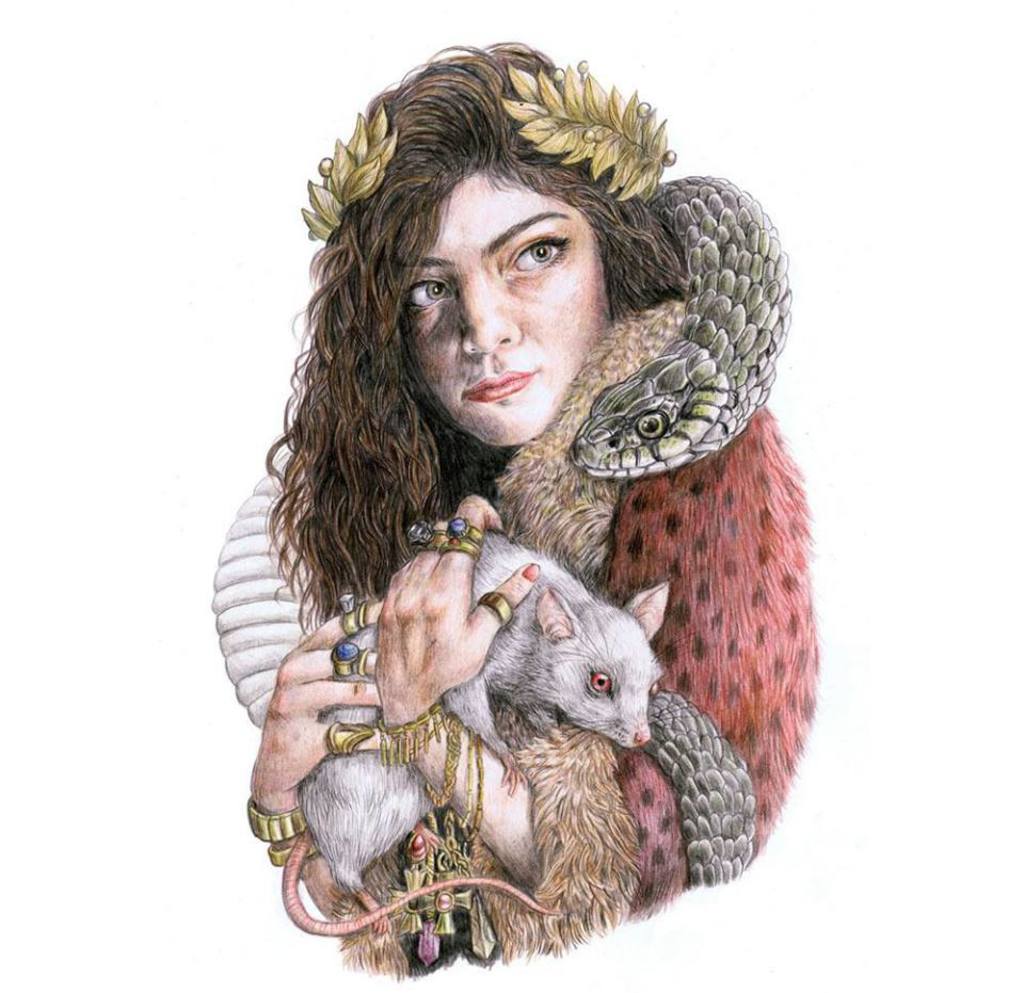 Music, music, music! This week is packed with a ton of awesome artists and we’ve got a list of the top, must-see shows. It seems like every day is filled with various performers, each bringing their own unique sound to the amazing Denver music scene. The week’s Get-Down is chock-full of various genres, giving every music-lover their fill. From pop to jazz, we’ve got you covered. Here is the inside scoop to the best shows in Denver this week.

With a long-standing career since 1999 proving her popular appeal, Macy Gray is back at it and performing at the Marquis on September 23. Planning to release her new album, The Way, on October 7, Gray has both a handful of favorites as well as abundant new material to showcase.  Gray has won multiple Grammys and continues to write catchy, soulful music. Her past collaborations include artists such as Justin Timberlake and Fergie. The singer’s newest release, ‘Hands,’ has an upbeat, pop-like sound mixed with her signature R&B tone. Here’s a look of her most popular song of all time, ‘I Try.’ 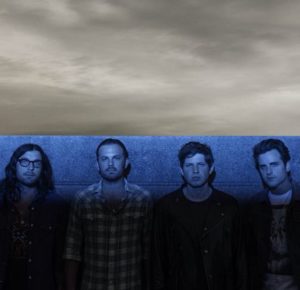 So the music-mania continues with the ever-so-popular, Kings of Leon. This family of rockers, named after the father of three of the band’s members, Leon, got their start in their hometown of Nashville. Beginning in 2000, their sound transformed from country, to rock, to a more pop-influenced rock. Now, Kings of Leon have been the recipients of various awards with top hits like ‘Use Somebody’ and ‘Sex on Fire.’ Their most recent album, ‘Mechanical Bull,’ released last year, guarantees the full live-rock experience that King of Leon delivers time and time again. Juxtaposed against the effulgent landscape provided by Red Rocks Amphitheatre, this show is sure to be somewhat of a hypnotic experience.

‘Give Your Heart A Break’ this Thursday and go see Demi Lovato’s tour at the Pepsi Center. The pop-princess is back with her newest, self-titled album, Demi. It’s about time the Dallas native named an album after herself, considering her countless music awards, various appearances on Billboard’s Hot 100, and impressive popularity. Yet where did this pop virtuoso get her start? From everybody’s favorite purple dinosaur, Barney. Yes, Demi’s career in the entertainment industry began at age seven, and she is not done any time soon. Not only is Demi dedicated to her artistic craft, but she is also a philanthropist, currently supporting Free the Children as well as speaking on behalf of young women everywhere to support positive self-image. Some of Demi’s top hits that you’ll hear at her concert include ‘Really Don’t Care,’ ‘Neon Lights,’ and ‘Heart Attack.’ If you do not see this tour, you are missing out on one hell of a performance, folks!

Let’s talk sensual because that is how you will be feeling as the Glass Animals take over the Larimer Lounge, Thursday night. The four-guy band hails from Oxford to bring a smooth, intelligent-electric sound to the states. Some of the sounds included in the Glass Animals’ music are experimental, creating unique tunes that many will find refreshing and alluring, if not titillating . The band has already been featured on Billboard as an emerging artist, quickly rising to popular standing not only in the US, but internationally. Glass Animals’ debut album is called ZABA, released on August 5th and has already received amazing reviews. Some of the band’s most popular songs include ‘Gooey’ and ‘Pools.’ If you want a unique listening-experience, you have got to check out Glass Animals on Thursday! 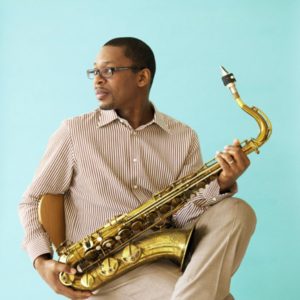 From Brooklyn, New York comes the Grammy-nominated saxophonist, Ravi Coltrane. Sound familiar? That’s because this is the son of jazz legend, John Coltrane. Ravi continues the legacy at Dazzle this Thursday and Friday, playing songs off his 2012 album, ‘Spirit Fiction’ as well as his six other albums. Ravi’s sound ranges from relaxing, smooth tones to upbeat, animated melodies that’ll ensure an entertained audience throughout the performance. Ravi is the founder of the record label, RKM, recording on both the tracks of other artists and his own. One of his most popular songs is called, ‘Self Portrait In Three Colors,’ originally played by Charles Mingus. Like the song, this performance will be a colorful one. Check out his music below and be sure to get your tickets to see Ravi Coltrane perform at Dazzle this Thursday and Friday!

Watch out, music scene! Here comes three guys who seriously know how to write a song. Just hitting the music world with their new name, Sir Sly, band members, Landon Jacobs, Hayden Coplen, and Jason Suwito, certainly have proven that they will be competition for other electronic-indie-rock bands. With lyrical melodies that are stickier than Winona Ryder’s fingers, these guys have already gained a huge following with the September 16th release of their newest album, You Haunt Me. The honesty embedded within each song gives this band something that others dedicate their careers to achieving–heart. These tunes are not just catchy, dance songs, but also cathartic statements that embody each of our desires and experiences. If you’re looking for a seriously amazing performance to watch, Sir Sly is it. Check them out at the Marquis this Thursday!

Dominic Lalli and Jeremy Salken are back for their third-annual Rowdytown celebration,m this time with TWO nights of electronic funk hits and awesome projection mapping against the famed rocks. Dom with his sax and Jeremy on the drums have a knack for fusing live instruments with amazing samples and great electronic beats. They will be joined by the Motet and play dancey, trap tracks from their latest album, The Night is Young, as well as older hits from earlier releases and remixes. 303 Magazine interviewed Big Gigantic, so check out that later this week. And grab your tickets to Rowdytown III before they’re gone! 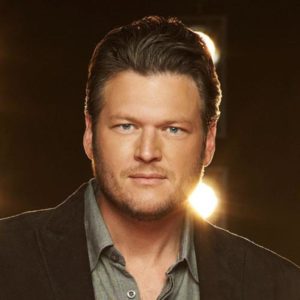 The Voice is coming to Denver! oh wait, what’s that? My mistake–just one of the judges. Yet another artist from Nashville travels to our Rocky Mountains this week. Blake Shelton will release his new album, Bringing Back The Sunshine on September 30, giving Denver fans a preview three days before the album actually drops. The new music will deliver the audience back to Shelton’s earliest music, showcasing a strong country-feel with songs about heartbreak and hardships. Shelton’s career began in the early 2000s, gaining loyal followers as he blazed through the country-music world. Beginning his work on The Voice in 2011, Shelton has gained even more popularity, expanding his fan-base to appeal to more than just fans of country music. Some of his most popular songs include, ‘Boys ‘Round Here’ and ‘Sure Be Cool If You Did.’ So it’d sure be cool if you did go to his concert at the Pepsi Center on Saturday. 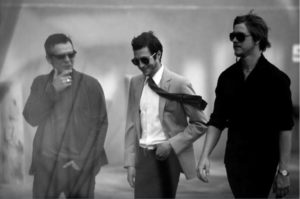 Starting their musical careers back in New York in 1997, Interpol grew in popularity in the early 2000s. With their punk-evoking rock, the band has been featured on various Billboard charts and has also reached international popularity. Their most recent album, El Pintor, was just released on September 9th of this year. With it, comes Interpol’s captivating lyrics and angst-sodden ambiance, reminiscent of past albums, but gravitating toward modern-rock tones. Songs to check out from the latest album are ‘All The Rage Back Home’ and ‘Ancient Ways.’ Of course, we can’t forget to prep ourselves for this powerful performance at the Ogden on Saturday without listening to one of Interpol’s most popular songs, ‘Evil.’ Check out some of the songs below and be sure to hit up the Ogden later this week! 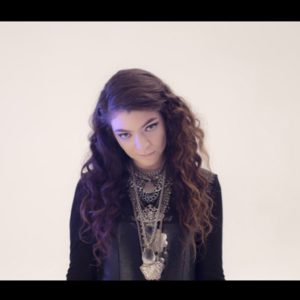 It’s ironic that Lorde sings about never being a royal, as she is most definitely Queen of the Millenials. At only age seventeen, Lorde has set a new standard for pop music, mixing dark melodies with gripping commentary. Her 2013 album, Pure Heroine seems to be just as it sounds, intoxicating listeners with its addicting tones and working its way to the number one spot on Billboard’s Hot 100. This New Zealander has been featured on the soundtracks of popular films such as ‘The Hunger Games: Catching Fire’ with her cover- track, ‘Everybody Wants to Rule the World.’ After only releasing one album, Lorde’s fan-base has sky-rocketed, creating a constant buzz around what the singer has coming next. This revolutionary gal is sure to deliver a phenomenal performance at the 1st Bank Center this Sunday. Not a bad way to end a music-packed week. Check her out!