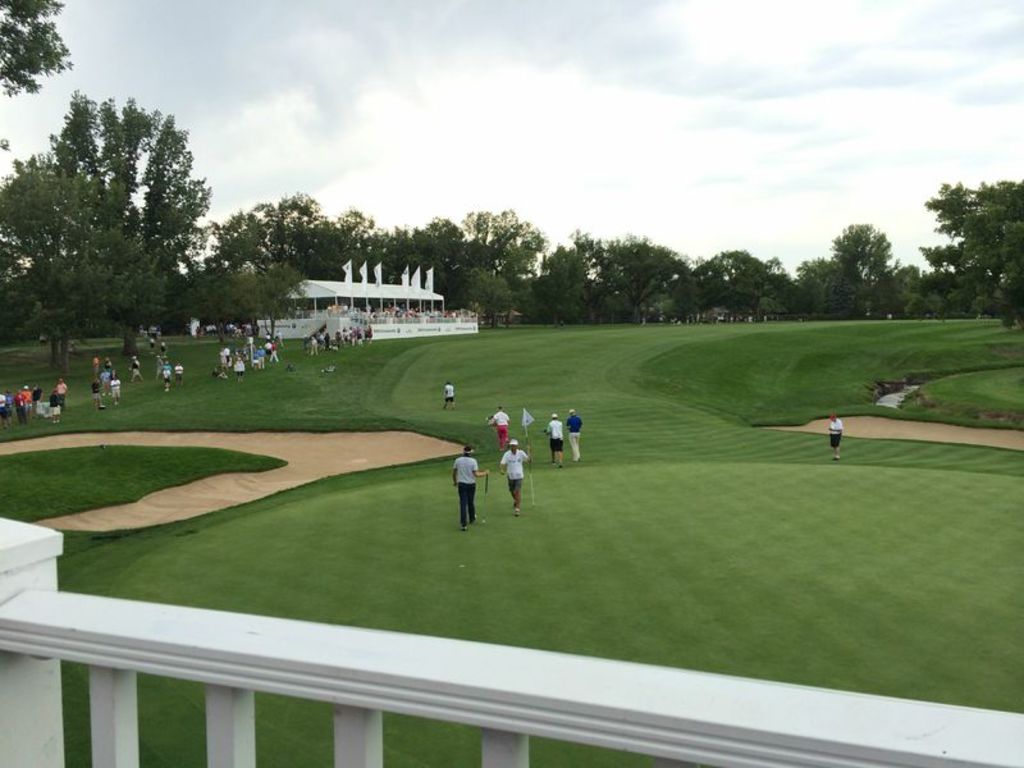 After 8 years without a major PGA Golf Championship in Colorado, golf fans and socialites alike were hungry for the excitement that the 2014 BMW Championship brought to Cherry Hills Country Club. Although there was some great golf played (Billy Horschel won BTW) the ambiance of the club’s atmosphere resembled that of a high class Hampton’s week-long celebration.

Hosted from September 1-7th the week began by bringing together some of the most influential business-women in Colorado for the Executive Women’s Day in the pristinely decorated 18th Hole Pavilion Tent. Emceed by Susie Wargin (TV Sports Personality) the day included: a tea and networking hour, a panel discussion with top businesswomen from around the country, a salad lunch, keynote speaker presentation from trailblazing sports agent Molly Fletcher, and a behind-the-scenes tournament tour. 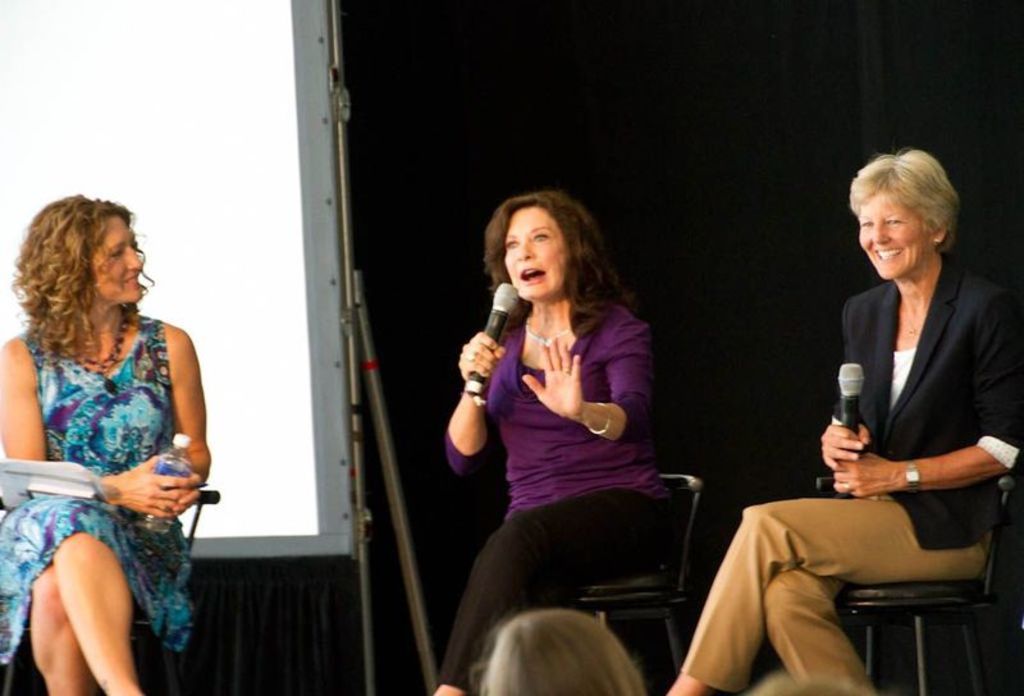 “As women we have to prepare ourselves professionally so we are ready when the opportunity comes” Ceal Barry, Associate Athletic Director at the University of Colorado-Boulder said to women in attendance. “You have to be confident, patient and be ready when the timing is right.”

Sharing a date with the Denver Broncos SNF opening weekend did not distract from the tournament. In fact, fan favorite golfer Rory McIlroy traded in his clubs for Broncos tickets Sunday night after the completion of the tournament — McIlroy was spotted bro-ing it up with Peyton Manning following the game. 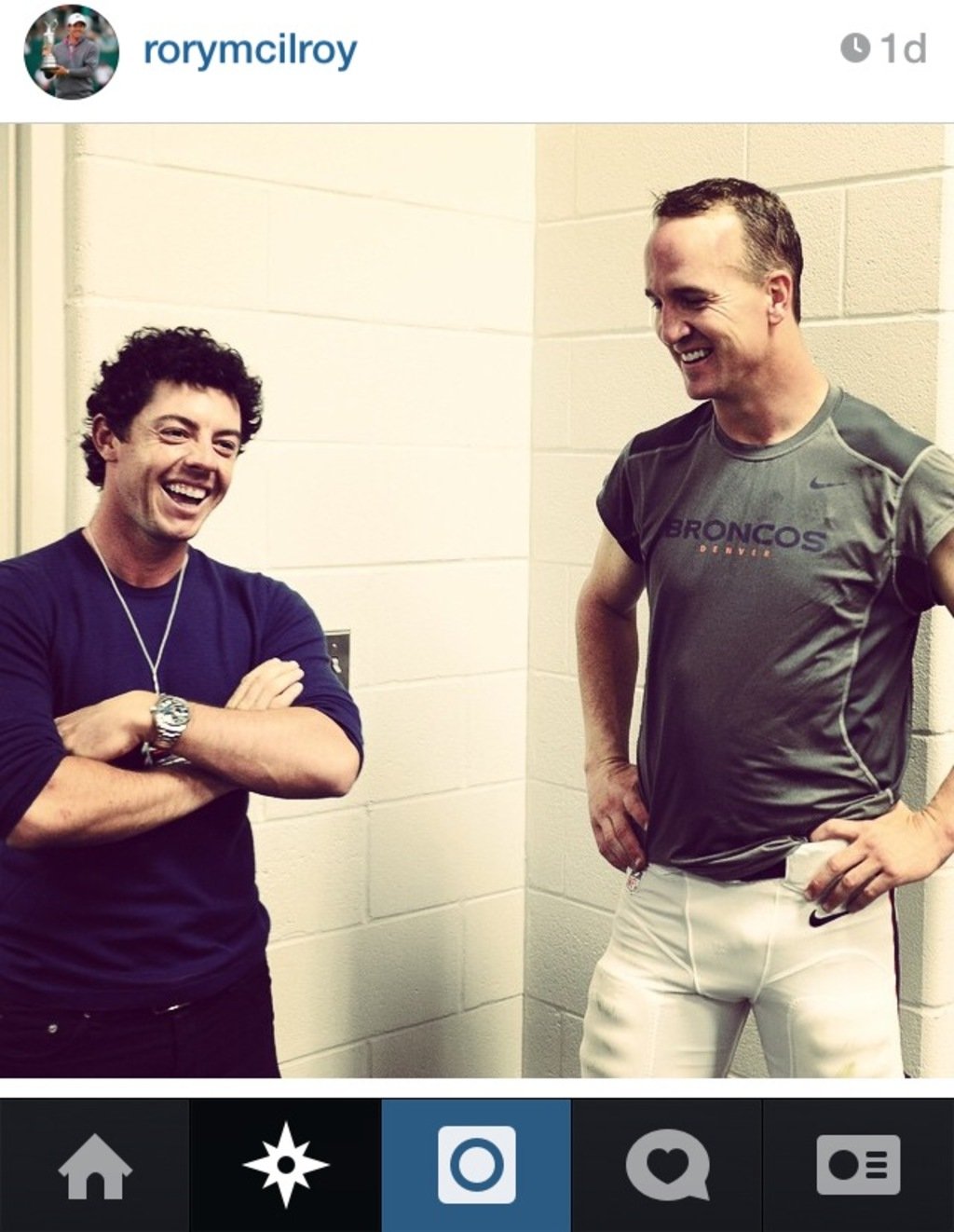 Tournament sponsor BMW did not leave McIlroy hanging either. McIlroy was given the new BMW i8 to cruise Denver during his stay. In fact, you could not go anywhere around University Blvd. without seeing a caravan of BMW’s most luxurious vehicles shuttle athletes and VIP guests to the tournament. 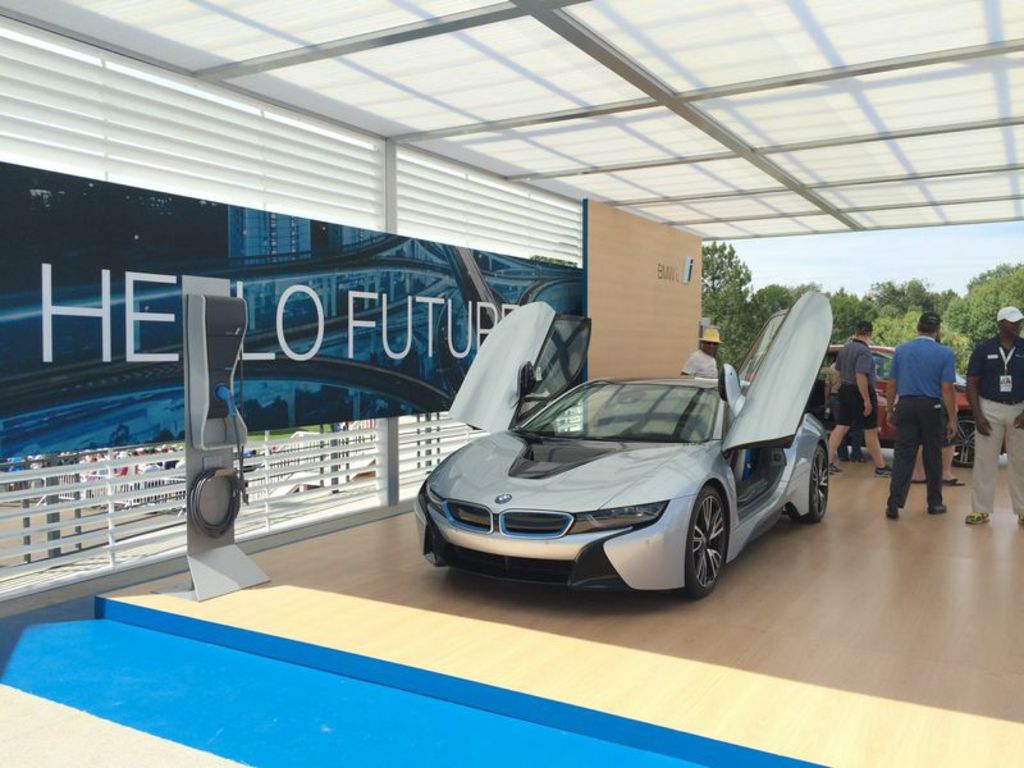 BMW i8 at Cherry Hills. Photo by: Roman Tafoya

McIlroy was not the only one who got to have fun with the i8 — 303 was given the opportunity to test drive it as well. Yes, for an hour I slid in through the butterfly doors, kicked this $135,000 bat mobile into sports mode and took to C-470. I could talk about how the i8 is revolutionizing sports cars by being first sports car with the consumption and emission values of a compact car. But I could also just say it was awesome. I’ve never felt more exhilarated or like Angelina Jolie before in my life. The i8 among other luxurious BMW models were scattered around the Country Club, adding to the ambiance of pure class. 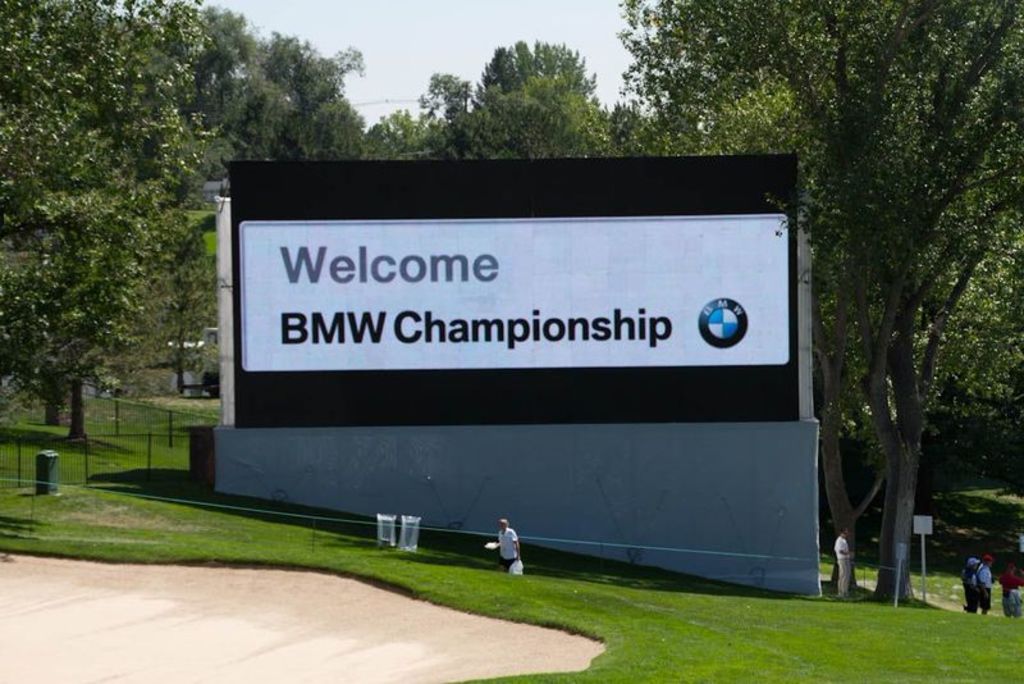 I have to take a minute to note how wonderful Cherry Hills Country Club did preparing and hosting this tournament. 303 was at the Exhibition Day a few months ago, and I could not believe how much the club was transformed into the beautiful timeless venue that it was. With such limited parking spaces I was a tad nervous to see how they were going to accommodate so many fans. Everything ran smoothly, even when a typical Colorado rainstorm flooded a few of the off-site lots, they were prepared to shift elsewhere. And as always, they provided top class food and drink that had me Instagramming #foodpic shots all weekend.

303 began providing coverage of the tournament last August when initial commercial advertisements with John Elway, Peyton Manning, John Lynch and Chauncey Billups were released — to say that we were excited would be an understatement.

“Hopefully we can come back in the future” tournament winner Billy Horschel said. “Hopefully this is a Regular Tour out here in Denver, because a lot of fans came out this weekend and supported us. So hopefully we can get another PGA TOUR event back here, because it’s a great place.”