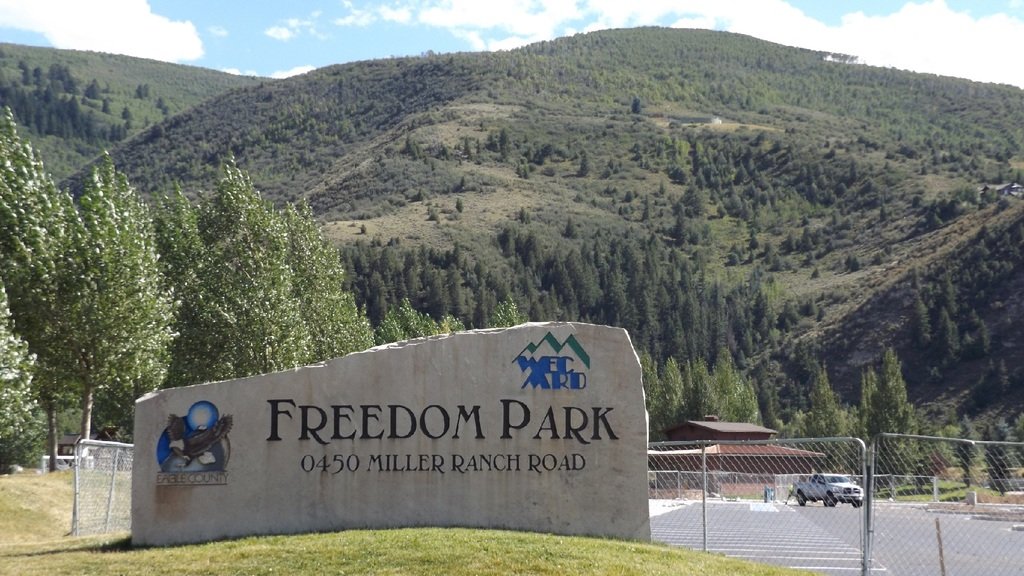 Cons:  The trip to Edwards/Vail was quite a drive.

What more can you ask for besides a tasty brew and some good tunes on a Saturday afternoon?  How about beverages from over 60 breweries and cideries throughout Colorado and from outside the state?  Not enough for you?  What if you enjoyed them with some amazing weather in a beautiful location in the mountains?  Still want more?  Why not throw in some delicious fair food, mixed drinks, and delicious hand-crafted liquors?  In short, Ed Fest was an amazing afternoon that seemed to just keep getting better the longer it went on.

Ed Fest is the annual craft beer and music festival held in Edwards, Colorado (just outside of Vail) courtesy of the folks at Crazy Mountain Brewery.  As I walked into the festival, a countrified cover of “Highway to Hell” was wafting over the festival-goers, setting the tone for the afternoon–a rock attitude with a country twist. 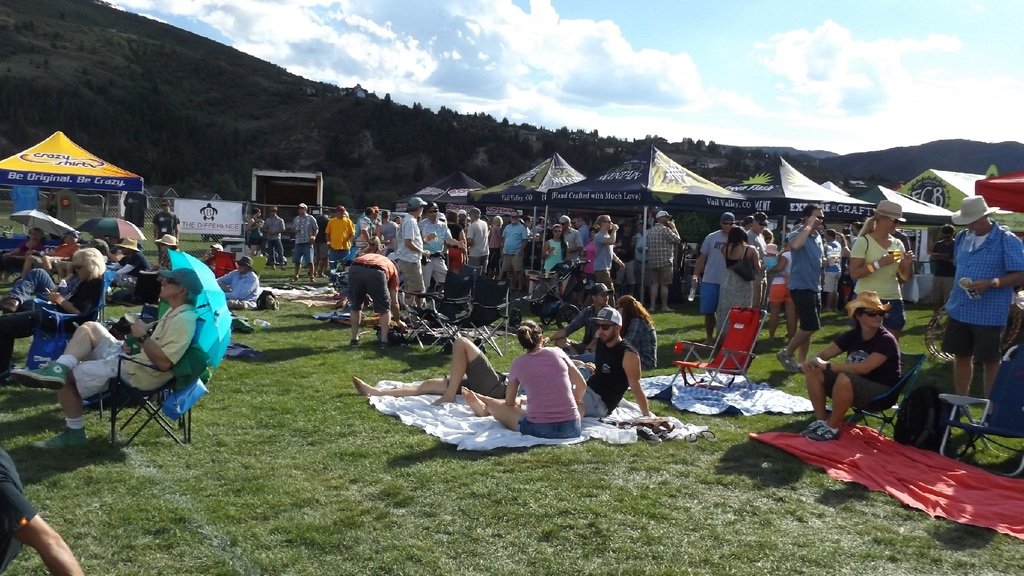 A lot of the cornerstones of Colorado craft brewing were at Ed Fest, including Oskar Blues, Epic, and Upslope, but patrons could also enjoy brews from smaller breweries, as well as out-of-state offerings from places like the Alaska Brewing Co. and Sonoma Cider.

The set list for the concert included familiar names in bluegrass and folk music including Good Gravy, the Old Town Pickers, and Laughing Bones, as well as the renowned North Mississippi Allstars (the only Colorado stop on their national tour).  It was the perfect soundtrack for an amazing, laid-back afternoon in the mountains.

All of this was to benefit the Eagle Valley Land Trust, a local nonprofit dedicated to conserving and protecting Eagle Valley’s natural spaces.  But the question remains:  How were the brews?  As usual, there were way too many to sample them all, but here were some of the highlights I ran into at Ed Fest… 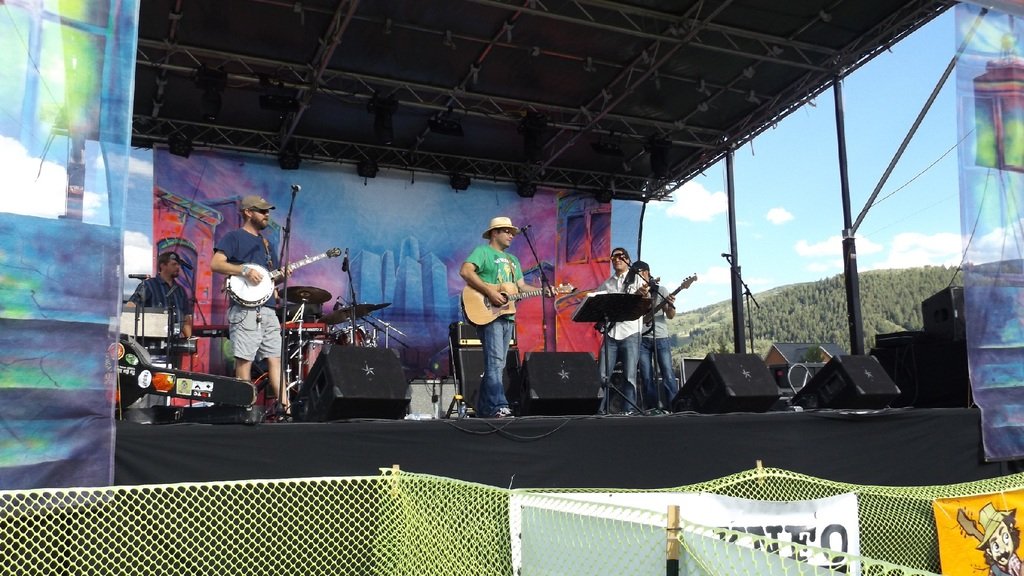 With a tent just inside of the entrance way, I’m sure most festival-goers made this one of their first stops, and it didn’t disappoint.  With a hoppy aroma that doesn’t overwhelm and a creamy head and mouth-watering, deep yellow clarity, Exit 205 delivers some delicious bitterness tempered by refreshing effervescence.  It’s a mild, drinkable session that’s perfect for a hot day, and a short enough finish to avoid numbing your mouth during a prolonged drinking session.  An excellent start to an afternoon of drinking

I’ll admit August is a touch early in the year for an Oktoberfest, but märzens are amazing year-round, so I wasn’t complaining.  This one brought a lighter body than I’m used to getting from an Oktoberfest, but with its toasty bouquet and sweet, lightly sour flavor, it was a great cool-down on ninety degree day.  In a lot of ways, it almost tasted like a “session märzen,” making it something of a style of beer unto itself.  The balance between the hints of bitters, slight tartness, and bready malt made this a perfect festival beer.  It was tempting to just set up shop next to this tent and call it a day, but there were more brews out there to sample… 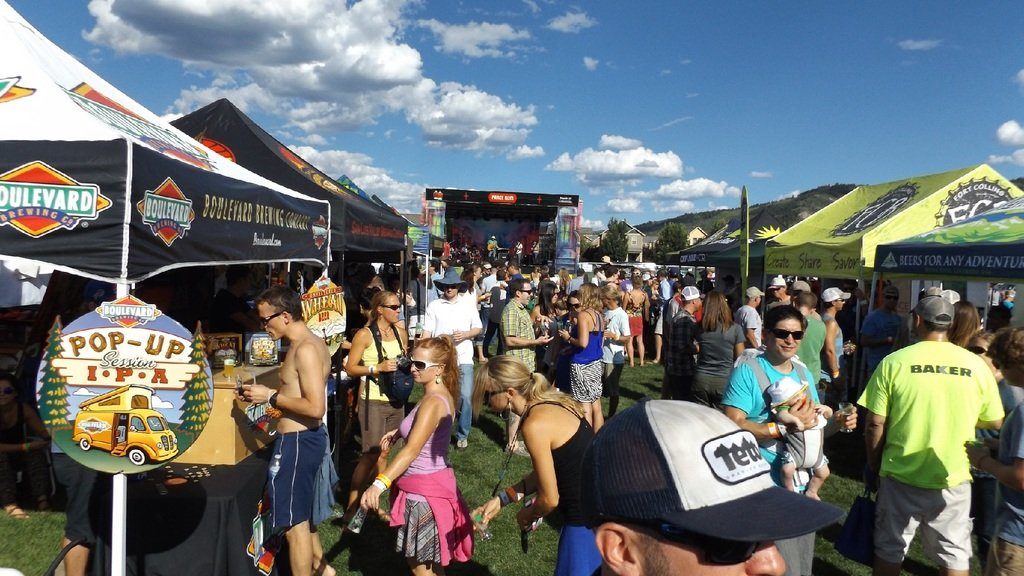 I’ll admit to some journalistic bias–I focus on Colorado breweries and cideries for these articles.  But Sonoma Cider really sold me with the phrase “Bourbon Cider.”  With the color of a fizzy white wine with light hints of a darker yellow, it has a distinct bourbon aroma but doesn’t make your eyes water the way a lot of flavored beers and ciders do.  It’s light and crisp, with great cider flavor accented by bourbon notes, rather than rushing your mouth with massive flavors all at once.  It’s neither exceptionally dry nor exceptionally sweet–it’s just a well-balanced cider that’s flavored with one of my favorite liquors.  If you want big bourbon flavor, I recommend taking a drink then exhaling out your nose–that’s where a lot of it is hiding.

Reds can be a tricky brew.  If they’re well-made, they illustrate perfectly there’s more to craft beer than just hops.  But if the brewer doesn’t give enough attention to the beer, it can be bland and forgettable.  Kannah Creek must have dedicated a great deal of time to this beer, because it’s one of the best ambers I’ve had weeks.  It brings a light toast aroma that accompanies a bready flavor that’s drinkable and light without being watery.  Its short finish makes it a great palate cleanser, refreshing you between heavier beers.  Definitely give this one a try. 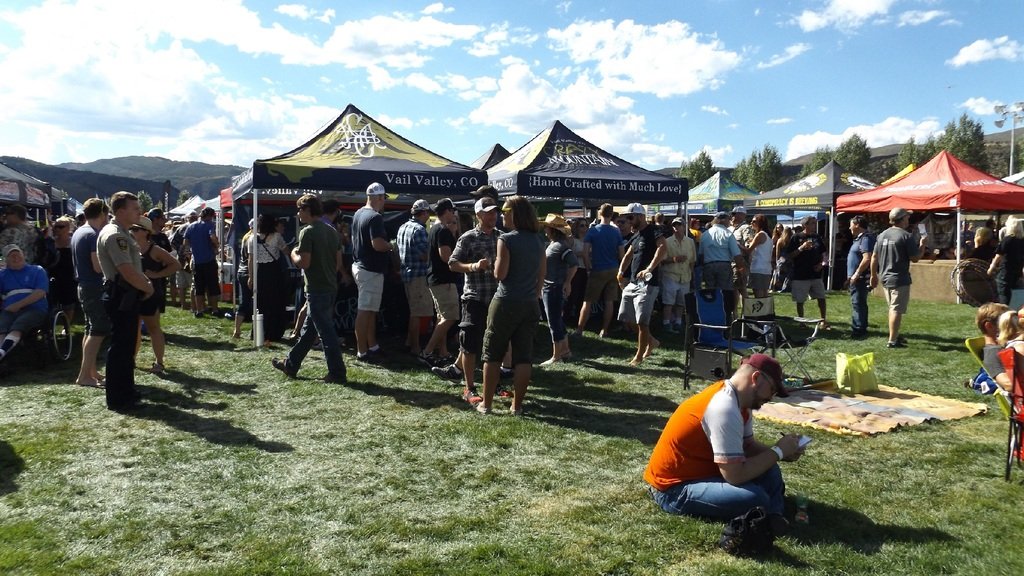 I was only planning on reviewing four brews for this article, but when I saw that Wild Cider had brought their Hard Pumpkin Cider to Ed Fest, I had to stop by for a sample.  It’s sweet and refreshingly effervescent, balanced with pumpkin pie spice that doesn’t taste gimmicky.  There’s very little dryness and is sweeter than most of the Wild Cider’s fare, drinking almost like a pumpkin soda.  Any Halloween parties this year will be incomplete without this cider being available.  It tastes and smells like Fall, and is perfect for beer fans and beer newbies alike.

While it was a long drive to Edwards from the Denver/Boulder area, the time invested was definitely worth it.  With chill music, beautiful Colorado sky, and deliciously refreshing brews, it was easy to get lost mingling in the crowd.  Mark your calendars for next year’s Ed Fest–you definitely won’t want to miss it!

All photos by Tressa Hodros