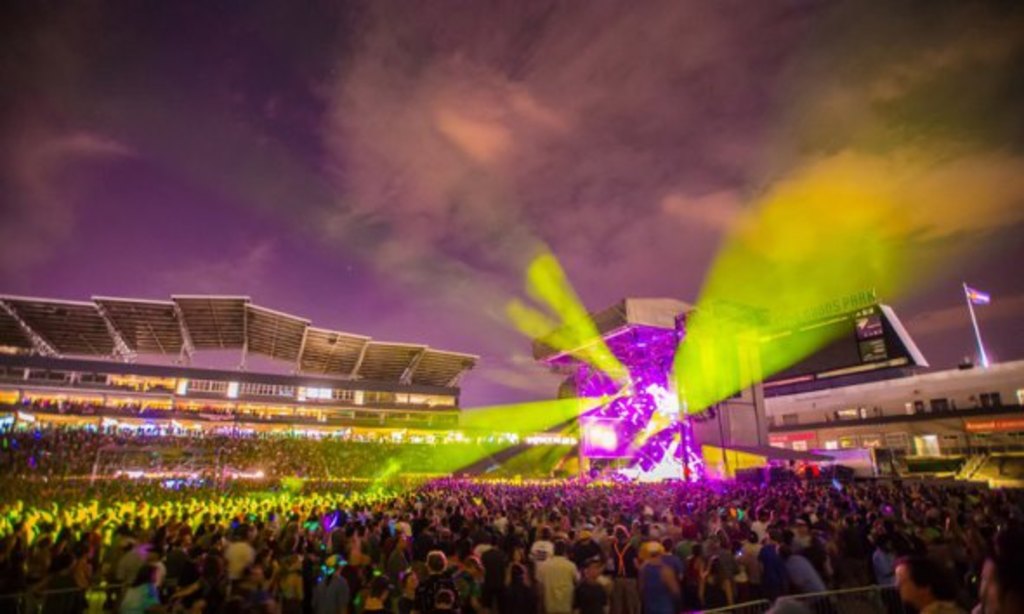 The Get Down: Denver’s Must-See Shows of the Week

Unfortunately, the summer is coming to an end. However, the magical spirit and incredible influx of live music that summer brings doesn’t have to, and here in Colorado it seems like it never does. Whatever the beginning of this week means for you; whether it’s heading back to school, work, or some other responsibility that you’re not terribly excited about, cheer up because the show “ball” never stops rolling here in Colorado and this week’s lineup is proof of that.

Nine-time Grammy Award winning, multi-platinum selling artist John Legend will bring his highly acclaimed 2014 North American tour to Red Rocks this Tuesday. The single marks Legend’s highest selling and charting single of his career to date, selling over 3 million copies in the US. Let’s not even lie to ourselves here; going to this concert is like signing yourself up for a lot of public weeping, but maybe that’s just exactly what we all need this week.

At the beginning of 2013, Feed Me WITH TEETH sold out a 20 date US tour where he took his colossal live show, a mega 20 foot LED “TEETH” structure, across the country, taking the Feed Me experience to a whole new planet. Most recently, Feed Me released his debut artist album, Calamari Tuesday, on his very own brand-new label. The album shot up to #1 in the U.S. dance charts and secured top spots in many other countries worldwide. As Dancing Astronaut’s Michael Sundius put it,

“The LP showcases Jon Gooch’s considerable production value and masterful genre-blending abilities; the extensive tracklist breathes life into the character of Feed Me, both solidifying and evolving the fiction into something very real and intensely compelling.”

Released earlier this year, the Baltimore-based band’s fourth album, Singles, has finally launched Future Islands into mainstream territory. Future Islands are known not just for their sound, but for their theatric display onstage. Apparently, frontman Sam Herring’s antics are something you just have to see for yourself- so here’s your chance. Go catch the enthusiasm.

Working with and without his award-winning group the xx, Jamie xx established himself as a forward-thinking beatmaker and producer. This Thursday, the English music producer heads to Bluebird Theatre to showcase his individual talent and unique approach to modern music. Don’t miss it! 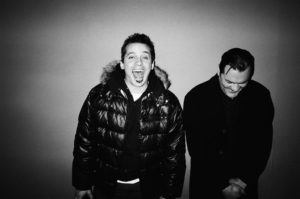 Since we at 303 Magazine are releasing a special edition 10th anniversary print issue, we’re debuting it in style. This Thursday is the kick-off party with a white-hot Cuban theme in honor of our very first print issue. Attendees are asked to wear all white and celebrate with us 10 Years of 303 Magazine as well as the amazing life of a dear friend and photographer, Pamela Mougin. Cocktails and appetizers will be served as well as tunes from DJ Tatiana and a poolside fashion show. Get your tickets to the hottest release party the Mile High City has ever seen! Grab your tickets here.

Ant and Slug, who together make up Atmosphere, are bringing their unique brand of Minnesota-rap to Red Rocks this Friday. Our favorite Southsiders always show their Colorado fans lots of love, so don’t miss their return to the best venue on earth this weekend. Citing a lyric from Atmosphere’s song “Sunshine,” after the show, you’ll want to keep the feeling in a plastic jar.

Sylvan Esso is the unlikely project of folk singer Amelia Meath and producer Nick Sanborn. Together, they create poppy, bass-laden beats accompanied by soaring, lovely female vocals. The songs are fun and fresh, as Meath tends to write about everyday topics in her songs, like being cat-called or a quirky rendition of everyone’s childhood favorite “head, shoulders, knees and toes.” Sylvan Esso creates something beautiful, fun and stirring. Check out our interview with them from earlier this year, then check them out at the Hi Dive this Saturday and Sunday–this show is not to be missed!

This weekend the legendary jam-band Phish returns to Dick’s Sporting Goods Park for a three night run that fans lovingly call “Phish Dicks.” Phish will also offer a live webcast from Commerce City, CO where the band will wrap up their summer tour with their now annual trio of Labor Day shows. “Phish Dicks” will surely be the biggest, craziest party you will find in Colorado this weekend.