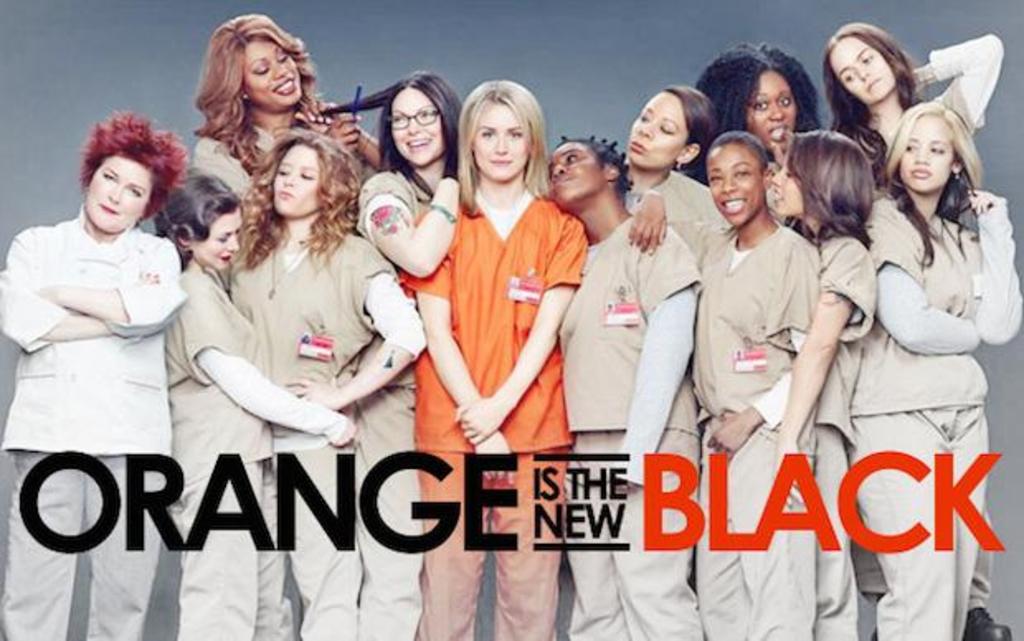 Orange Is The New Black: From a Guy’s POV

Season two of Orange is the New Black was released in early June to the widespread jubilation of everyone with a Netflix account and a high tolerance for happy feelings. Litchfield Prison, home to felonious women with hearts of gold, is back in the spotlight as new faces arrive and old one’s beam with glee. For example, here’s what a habitual cynic offered after watching the first season:

However, the continuation of Piper Kerman’s true story takes a sharp turn away from “delightful” season one. An extremely serious critical appraisal of the season following a caffeine-fueled binge watch reveals an uncomfortable truth. Lost amid the Valentine’s Day balls, collective song-and-dance routines, and conflict-resolution by way of hugging it out, a sense of dread lurks beneath.

From Pennsatucky constantly seeking attention for her refurbished chompers, to the cancer-stricken Rosa teaching an innocent young man how to become a ruthless thief during chemotherapy, and all of Red’s diabolical plotting to keep the “Queen Minimum Security” title in between, the beige and orange clad troupe of societal deviants upgraded from benign to malignant.

The exuberant Taystee gives recovering addict Nicki a sample bag of heroin at an AA meeting. Vee, the intimidating newcomer with a gruesome past, savagely beats an inmate with a padlock in a sock and convinces Crazy Eyes to take the fall. Crochet addicted old timers become shank-wielding enforcers at the behest of Red. Soso, a millennial with #activist ambitions, is just so freaking meta.

Sinister Vee Parker is the only sympathetic prisoner, an illustrious feat considering she is a conniving drug smuggler who dabbles in murder for hire on the outside. While the other inmates are busy trying to earn high marks in “plays well with others,” Vee does not care for that sort of chicanery. She has drugs to sell and no time for Taystee debating whether she wants her best friend Poussey around or to sling smack. If someone gets in Vee’s way, they get taken out by an insidious lecture. Her no-nonsense approach to federal time is a welcome addition to summer camp without consequences.

Series creator Jenji Kohan tries to gloss over these atrocious character defects with well-timed moments of unfettered emotion and inmates taking a break from harrowing prison life to crack wise, but the truth is that Orange is the New Black is a public service announcement about the horrific capabilities of women.

It’s funny that the nun issuing life lessons was defrocked for prioritizing publicity over Jesus. Sweet Morello, whose Christopher is her stalking target not her fiancé, is a sympathetic figure because he yelled at her for breaking into his house during her prison sentence. What? Predatory stalking after someone buys you a cup of coffee is not a lapse in judgment, it’s how horror movies start.

In the Litchfield kitchen, the Latina women have their claws sunk into guard John Bennett’s prosthetic leg. Blackmailed because he impregnated inmate Daya Diaz, which apparently is frowned upon even though he’s in love with her, he is forced into smuggling contraband and looking the other way on various infractions. Grandmother-to-be Aleida Diaz crushes his soul hourly, lambasting his pitiable existence. Just because he wildly abused his power and broke the law, doesn’t give you the right to tear him to shreds. You’re a criminal, too.

It’s not just the prisoners. Guard Fischer, the young C.O. who is wholly out of place in the penitentiary, murders Joe Caputo’s soul. Caputo, donning the best suit one can buy at Goodwill, asks her to come see his band play, which is how garage band members ask for a woman’s hand in marriage. She agrees and, of course, invites everyone from work. Crushed, Caputo meekly takes his place on the stage to strum for Sideboob. Gutted by her blatant disregard for his feelings, he fires Fischer in a spirited fit of rage based on her not meeting a shoddy arbitrary requirement, instituted by Caputo. You ask, “Shouldn’t the supervisor divorce his personal feelings from his professional life?” Irrelevant, moving on.

Locked up and with a fiancé in the free world, Piper’s engagement deteriorates at the end of season one. The hapless Larry, played by Jason Biggs whose natural awkwardness has reached a point where he’s probably not acting anymore, despondently navigates the rocky terrain of life after being scorned by the love of his life engaging in a lesbian tryst with the woman who entangled Piper in the sticky web of the law, Alex (Laura Prepon. Who? Donna from That 70’s Show. Got it.).

This face won’t lead to anything morally abhorrent.

Polly, Piper’s married best friend, decides to stay close with Larry. Larry and Polly become platonic latte buddies as her Australian husband, Pete, runs off to Alaska for rugged man solidarity in the mountains after Polly gives birth to their first child, which is a perfectly reasonable time to eschew the responsibilities of fatherhood. The kid is not going to recollect those first few months, no harm done. Polly’s friendliness with Larry quickly escalates into relations of the carnal variety and eventually the two fall in love, leaving Pete on the sideline after he rightfully allows Larry’s face to catch his fist.

But what is Larry supposed to do, not fall in love with the first pretty girl who talks to him after breaking off an engagement? That’s asking far too much. Larry is an innocent party in Polly’s Machiavellian scheme as the wounded lamb who is nursed back to health. He recently broke off an engagement so he’s alarmingly susceptible to the wooing of an attractive woman, it’s impossible to refuse any advances.

Polly sheds every semblance of human decency, terminating her best friendship for the limping doe on the side of the freeway instead of staying with the beautifully accented father of her child who she married. She drags Larry with her to Litchfield to flaunt their true love in front of Piper. Polly secures her status as the free world’s master manipulator as Larry, the helpless pawn, tries to maintain civility between two former best friends passive-aggressively bickering away their bond.

Moral of the story: Women who live in prison, women who work in prisons and women who occasionally visit prisons will ruin your life.