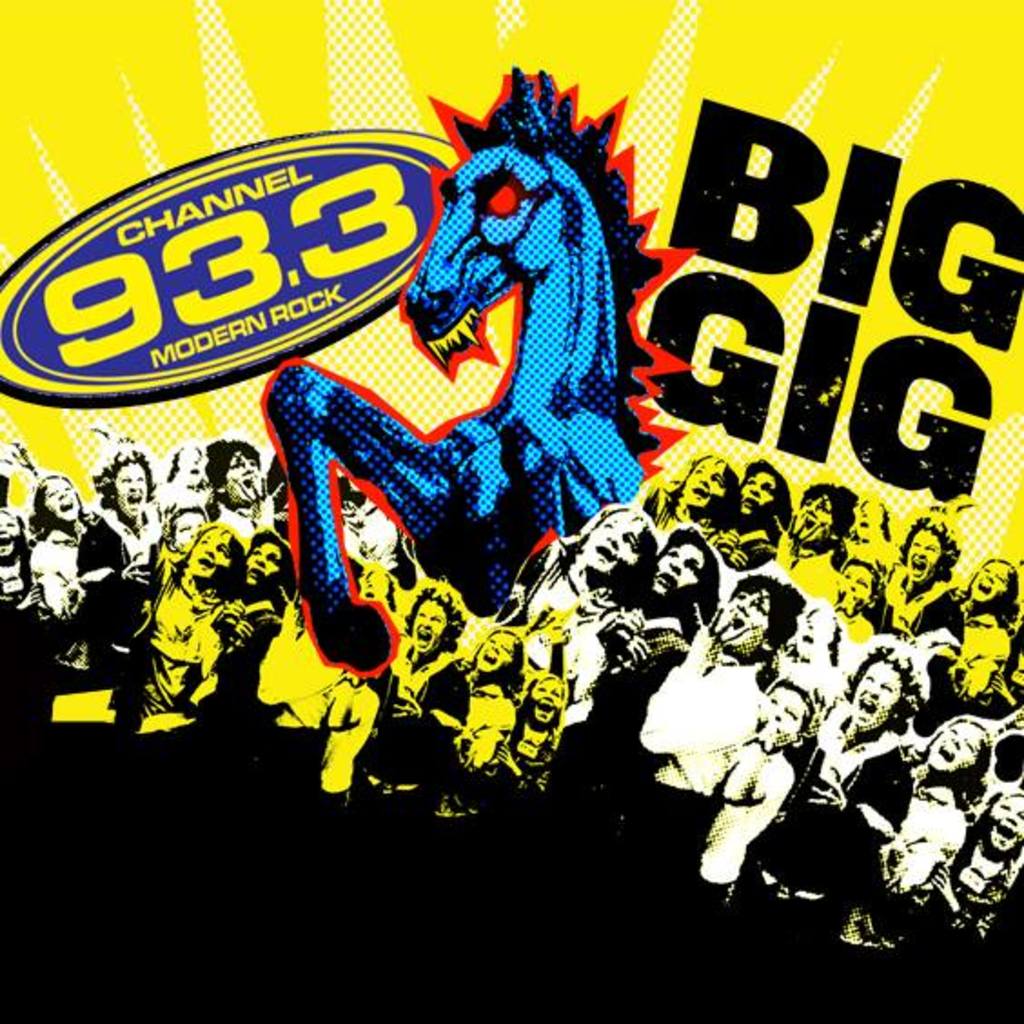 Channel 93.3’s annual Big Gig is finally upon us once again, On Saturday, July 19th reuniting concert-goers with the rolling hillsides of Englewood’s own Fiddler’s Green Amphitheater after a two-year repose that traded greenery for a red, rocky expanse. 2014’s lineup jumps right off the page at you with headliners Panic! At The Disco taking the reigns, while recent radio phenoms Twenty One Pilots and American Authors pack a second punch. These three are sure to please and may be deemed the breadwinners for the entire night, but the opening artists are nothing to scoff at either. Acts like MSMR, Brick + Mortar, Walk The Moon, and Magic Man will pleasantly surprise much of the audience in attendance, as each bring a healthy amount of variety and a certain ‘je ne sais quoi’ to supplement, and inevitably, build hype and excitement for the aforementioned “meal tickets” at the end of the night. But, regardless of their efforts, at the end of the night it is simply often much tougher for the smaller opening acts to gain any remembrance from the sun-blistered audience, as the shadows of the headliners often simply loom too tall. But if there is one opening act not to miss, one that shouldn’t be overlooked for the headliners — the hidden gem of sorts at this year’s Big Gig — 2014 gives us Bad Suns.

Who to see: Bad Suns from Los Angeles, California

Los Angeles indie / alt-rock faithfuls Bad Suns help kick off Channel 93.3’s 2014 Big Gig, fresh off of a brand new record, Language & Perspective. A record that politely, and almost immediately, forces the audience to take notice. Whether it’s the flavorful alternative essence of early 2000s The Killers or the insatiable vocal melodies buzzing along the tops of the choruses best identifying with OneRepublic, Bad Suns make every second of their debut full-length count. Tracks like “Salt,” “Matthew James,” and “We Move Like The Ocean” stand out among the eleven track debut. But it’s “Cardiac Arrest” and “Transpose” that define the sound and the album as a whole. “Transpose” is your next favorite indie pop hit, while “Cardiac Arrest” pieces together 80s-influenced ambiance with a modern indie pop groove, shakers and all. Check out the music video for “Cardiac Arrest” right here: http://www.youtube.com/watch?v=hZvFGEE26vE Language & Perspective is an album that has long lasting value and is a record that is sure to push Bad Suns towards the forefront of alt-rock and indie pop as 2014 moves on. Panic! At The Disco may be the headliner of Channel 93.3’s Big Gig this year, but Bad Suns are the dark horse of Big Gig that you’re definitely going to want to check out. You may even fancy them enough that you’ll want to pick up a copy of Language & Perspective while you’re there. (If you’re feeling lucky, go ahead and pick up a copy right now on iTunes.) Channel 93.3’s Big Gig starts at 3:30pm, July 19th Tickets start at $15, so make sure you pick them up now!   Written by Samuel Lang of 303 Magazine Photo and video courtesy of Channel 93.3 and Bad Suns