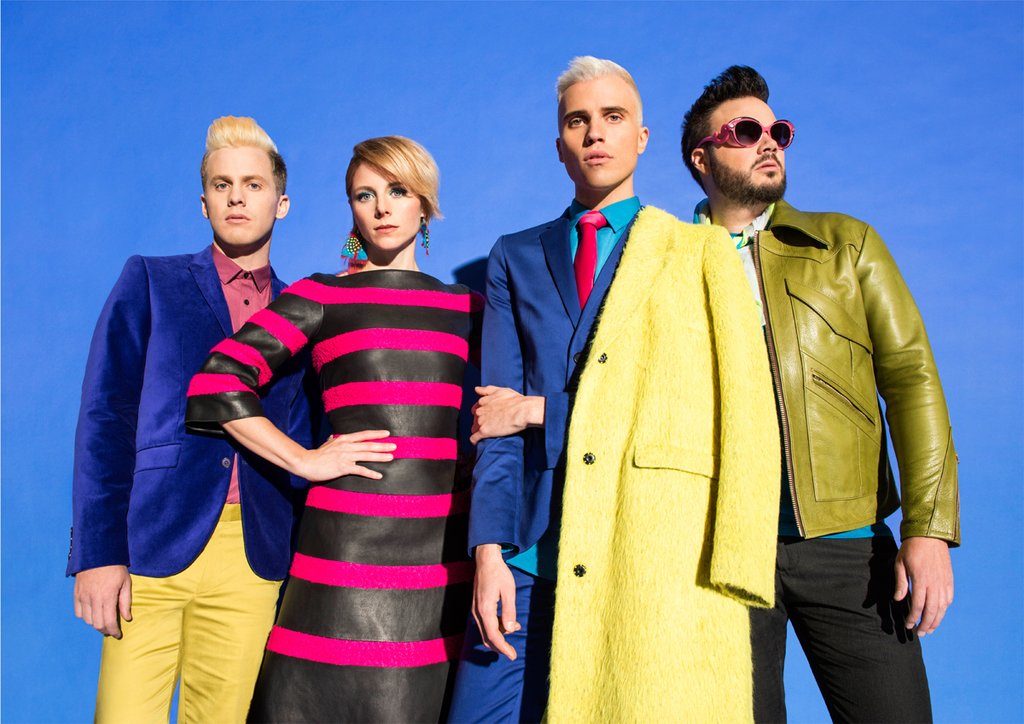 Sometimes the old cliché is very, very true: Music is good for the soul.

Neon Trees lead singer Tyler Glenn recently came out as gay in Rolling Stone magazine, and their latest effort, Pop Psychology, grapples with issues of self identity in a refreshingly upbeat and fun way.

Their latest single, “First Things First,” wears its heart on its sleeve–a sleeve, by the way, you might be able touch if you catch the band live at the Ogden Theatre on June 17.

In the meantime, 303 Magazine chatted with guitarist Chris Allen about the band’s history, the new album and what we can expect from the live show.

303: I recently heard Tyler chatting with NPR and he said before you made it big, you actually went to massage school. Did you ever finish that up?

Chris Allen: I did, actually. I’ll give massages to our crew or anyone who gets hurt or has muscle issues. I’ve definitely worked on Elaine a lot. Y’know, her being the drummer.

How did you and Tyler end up joining forces with Elaine (drums) and  Brandon (bass)? Was it just through doing shows in the area?

But yeah, they were both playing and we got to know them through that and we really admired their skills and right when we broke off with our other band mates that we started the band with, Elaine and Brandon kind of had things falling apart as well. Elaine and I were dating at the time so we just were like, “let’s be a band.” 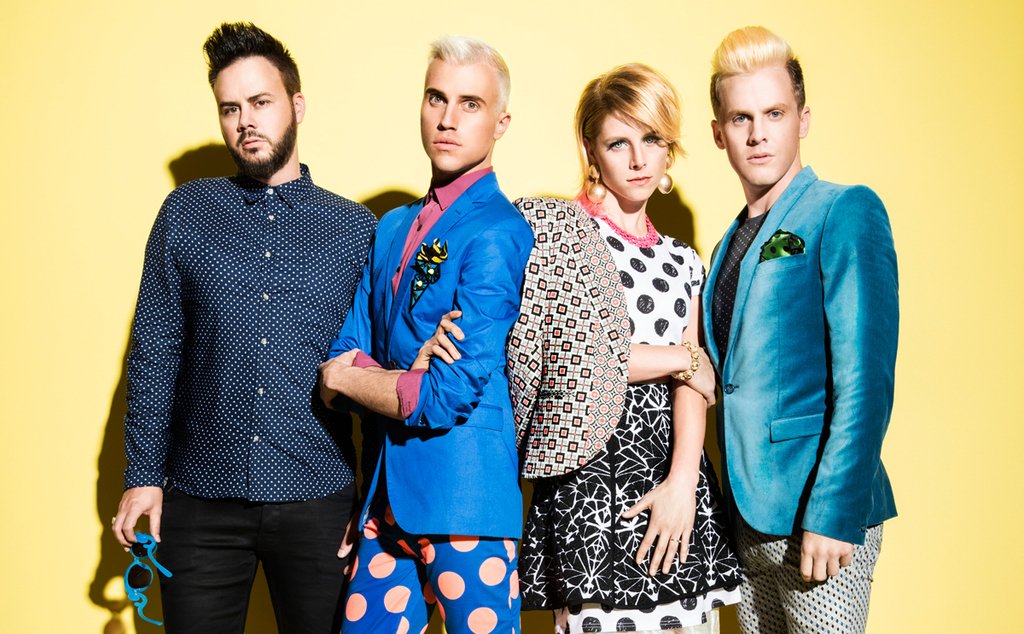 Brandon was your connection to The Killers, right? Opening for them was kind of your big break.

Yeah, Brandon used to play in a band with Ronnie Vannucci, the drummer for The Killers. One time we were coming through Vegas so Brandon invited him out to a really small show at Jillian’s—I don’t think the place is even there anymore. It was kind of like an arcade, Dave & Buster’s type of thing. But we played a show there, and there was like no one there, but Ronnie showed up and really liked us—really liked the energy we put out there and he was really impressed and said he would talk to his band and see if they could have us open.

That’s kind of a big deal.

Oh, yeah. It blew our minds because this was before we had a record deal, so we were still very do-it-yourself and so getting booked with such a huge band was a big deal. At the time, they were really huge. This was coming off of Sam’s Town. They were just releasing Day & Age. They invited us to play the first couple shows, kind of preview shows of that album. There was a lot of media attention. There were sold-out shows. We were stoked out of our minds. From there we got a record deal and a booking agency and it just went on from there.

We should probably jump forward to 2014. You just had a new album drop in April, Pop Psychology. I always love hearing about a song that maybe sounds great now, but started in a completely different place.

Well, the song “First Things First,” when Tyler first had the idea, he recorded it on an acoustic guitar and it sounded like a Sublime song. It was really laid-back and had acoustic strumming. We recorded it in the studio and it just really wasn’t working. It didn’t feel like a Neon Trees song, so that song just got totally flipped on its head and turned into the song it is now. We added a lot of effects to the instruments, got rid of the acoustic guitar sound, and it’s now one of my favorite songs on the album.

Is that a collaborative thing—does everyone just pipe in with what could be changed?

Yeah, it depends. That one was changed in the studio last minute, so that one wasn’t quite as much. But we definitely do collaborate. In fact, the week before we went into the studio to record the album, we pretty much had enough material to go on, but we wanted to see if we could come up with some last minute songs and we wrote “Living in Another World” in half a day. That one just came right together. Someone just brought up a part and it went from there. That’s my favorite way of writing—someone has a riff and we just go off of it.

And then also “American Zero”— that one didn’t make the album, but if you buy the album on iTunes it’s a bonus track—but “American Zero,” everyone went to lunch and I just hung back at the rehearsal space and came up with a little guitar riff and when everyone came back I was like, “Hey guys, I really want to work on this.” We knocked that one out that day too.

We write a bunch of different ways. Tyler will write lyrics and melodies and bring them to us, more of a skeleton of a song already and then we just add our takes on it. Some of our songs are co-writes between him and our producer, Tim Pagnotta. Then they’ll bring those demos to us and we’ll put our stamp on it—our little stylistic changes. And sometimes we’ll just write songs from scratch.

What can we expect from the live show in Denver?

We really wanted to make a noticeable step-up this time around. We wanted to take it a little more seriously because we really pride ourselves on our live shows.

Financial restraint has kept us from being able to put on the show that we want to, so now that we’re able to put on this headline tour with this album, we feel like it’s going to be a little bit bigger than previous ones. We put a lot more money into production and so there’s more lights, there’s more video content, there’s staging that just didn’t ever exist before.

It feels like we’re putting [on] an arena show inside these smaller clubs—or I guess they’re larger clubs. But the production is really big for a 1500-2000 capacity room. It’s really cool. It feels larger than life.