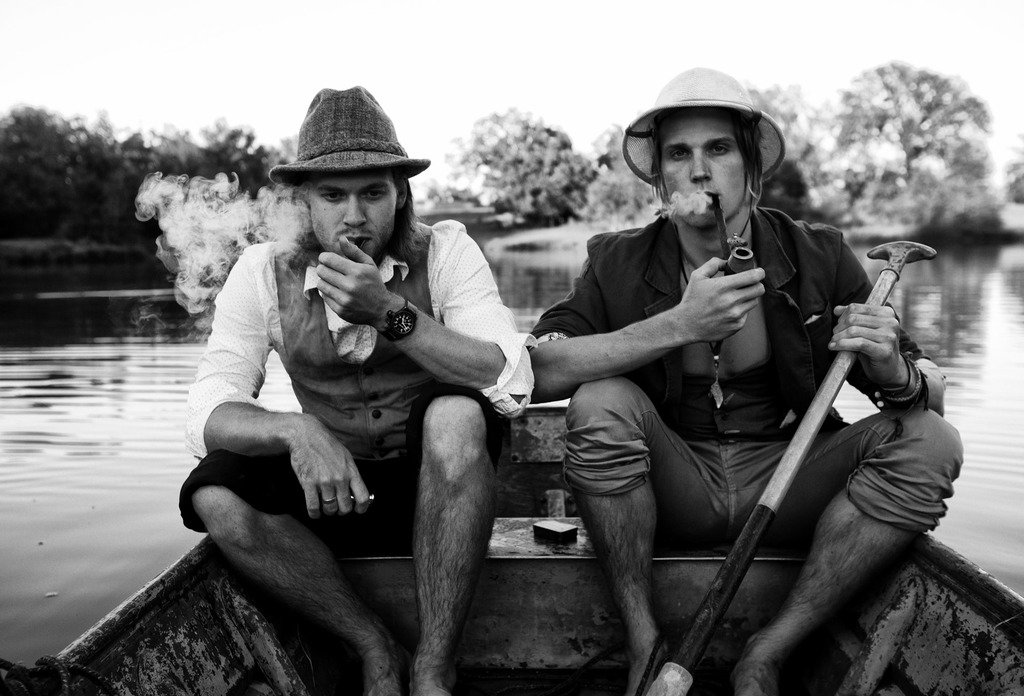 Q&A with Jamestown Revival: Southern Boys in the City

With the warm summer coming on, it’s prime time for that simple kind of feel-good music that takes your mindset from the busy everyday hustle into the peaceful nature. Well, Jamestown Revival is that music.

The duo, composed of life-long friends Zach Chance and Jonathan Clay, is a acoustic folk group who is making a name for themselves nationally, and just played on Conan. Their sound fuses Americana rock with classic Southern country, and tastes like sweet honey tea on a hot day.

They recently released their album Utah in February and are currently on tour supporting it.

They will be playing at the Fox Theater in Boulder on June 6 with supporting bands The Wind + The Wave and Kris Orlowski. Tickets are 15$ at the door and the show is all ages. 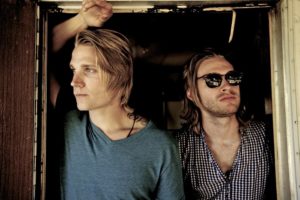 303 Magazine had the chance to get in touch with Zach Chance, one half of the Jamestown Revival, to discuss their roots, their sound, and what its like to be a small town kid in the big city.

303: Hi guys. I happen to be a Texas native as well, from Victoria, down Hwy 59 South out of Houston. I was very excited to hear such a wonderful group coming out of that area.

Zach Chance: Well thank you. We’re very familiar with the area and as you know, us Texas folks have to stick together.

303: Anyway, can I get a glimpse at what today looks like for the men in Jamestown Revival?

Zach Chance: At this point in time, our day consists mostly of driving, yard sales, beer, whiskey and music in the evenings.

303: Tell me a little bit about the place you guys grew up.

Zach Chance: I moved to Magnolia when we were fourteen years old. It’s a small town just north of Houston. As far as growing up, Magnolia offered us a lot of diversity. We had the chance to experience a major metropolitan area just an hour or so away or we could get away to the country from time to time. Which is what we chose more often than not. 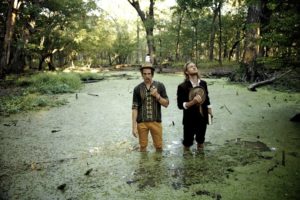 303: What kind of lessons did you guys gather from a Texas upbringing that seem to have carried over into your musical method?

Zach Chance: There’s been so many great storytellers to come out of Texas. I think we’ve just tried to emulate those guys as much as possible. We’ve got a long way to go but It helps to have that influence. Other than that, we appreciate hard work, and the simple things in life.

303: The song California (Cast Iron Soul) alludes to the move you all made from Texas to Los Angeles. What kind of shock did that scene change have on you guys?

Zach Chance: It inspired an entire record. We knew we needed a change of scenery and adventure. After moving to California, we not only realized how many things that we missed about home but also how much being uncomfortable can inspire you to be better creatively. We also had to learn to drive much more aggressively.

303: Can you explain more about how the collaboration works between you two?

Zach Chance: Jon and I have spent a lot of time together, so we’re very comfortable being in a room and creating with one another. There’s an honesty that exists. We usually get deep for a minute and then at some point down the road a song will just spill out. We’re very drawn to melodies and then one word will just spark the idea of an entire song. Sometimes it happens in thirty minutes and other times it can take a week or so.

303: The instrumentation on your tracks is usually a minimal, back-to-basics. What influences you guys to style your sound this way?

Zach Chance: We didn’t want to over complicate the recordings. The songs usually start with Jon and I sitting in a room together, so we wanted to keep that honesty. Also, we recorded the record all sitting in the room together just playing the songs live to tape. There were very few over dubs, it was about capturing the live performance and emotion that exists when we play together.

303: You all recorded your album Utah in a secluded cabin in the Wasatch mountains. How did that process affect the recording?

Zach Chance: We lived in the cabin for a couple weeks, first just setting up and getting sounds and then recording for  about five days. Being able to live and breath the recording during the process was fun. We didn’t have to get on a freeway everyday and drive home when we were finished. Being in the cabin allowed us to stay in a very productive mindset.

303: You guys have spoke about the land where you two would go to hang out so frequently when you were young. That begs me to ask, what would you guys comment on the connection between music, your music specifically, and natural landscape? 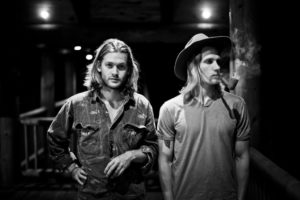 Zach Chance: The natural landscape is a big part of who we are as people. We’re avid outdoorsmen and I think that it inherently spills over into our music. We take a lot of influence from nature and will continue to. Getting away allows us time to reflect and collect ideas for new material.

303: Your name is Jamestown Revival, reminiscent of the religious revival period that was popular in the south in the early 20th century. What would say you say your music is trying to revive in today’s society?

Zach Chance: For us, it’s about doing things with our hands. Taking the long road sometimes because it will give us a better story. When it comes to music we just want to create in a way that’s honest and fun for us, otherwise it loses the spirit in which we started the project. It’s okay for music to be imperfect, that’s what makes it endearing, it doesn’t have to be a black whole of perfection.

303: What has you guys most excited for the upcoming summer and the rest of your tour?

Zach Chance: We’re excited to have the opportunity to be out on the road. The fact that people would come out to see us in different parts if the country is very humbling. It wasn’t that long ago that we couldn’t get people to come out for a home town show, let alone a show in another state. So, in that regard, everything we’re doing right now is exciting for us. That and getting the opportunity to play Bonnarroo this summer.

303: Jamestown Revival will be playing in Boulder pretty soon. What can people in the Rocky Mountain State expect from your live performance?

Zach Chance: Coming to a Jamestown Revival show is like if Burt Reynold’s mustache had an illegitimate child with Sally Fields and then that subsequent child grew up watching old westerns, purple rain and playing with military-grade explosives.