A Pregnant Comedian Walks Into a Bar…

Life is full of “those awkward moments.” That awkward moment when you say something about someone who is standing right behind you…. Or that awkward moment when you notice that they weren’t waving at you…. You can either choose to commit to your embarrassment or run away and hide in a dark corner (I encourage the latter). However, rarely  does someone take life’s awkward moments and decides to talk about them on stage, until now.  On June 11th, Film and TV staff at 303 Magazine attended the premier of Obvious Child and witnessed a person who deals with those moments through reliving and re-telling them so audiences everywhere can get a kick out of it— and it’s up to you whether to boo her off the stage or give her an encore. 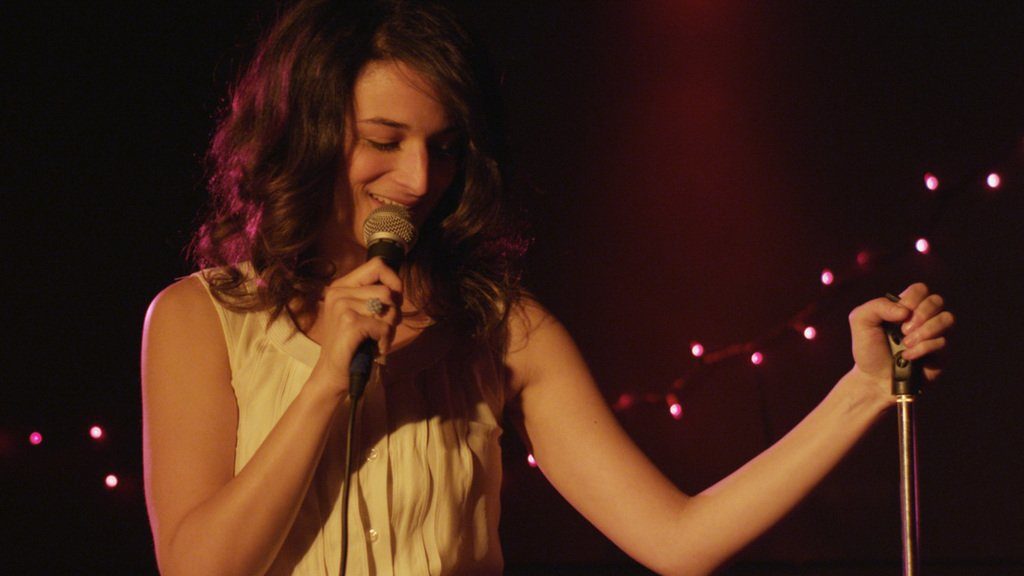 Obvious Child is an independent film which first premiered at the Sundance Film Festival. It is a debut for Gillian Robespierre, who wrote and directed the film starring Jenny Slate, whom comedy-lovers will know from her various skits on Saturday Night Live. Jenny Slate plays Donna Stern, a sarcastic comedian who, all of the sudden, has to deal with the consequences of growing up, and in the mix of this process meets Max, played my Jake Lacy (famously known as Pete from The Office). Max is a straight-edge, intelligent, business student and seemingly the exact opposite of the dry, unique Donna. Being an independent film, much of the movie’s meat lies in the quirkiness of its cast, which was really the shining star of this project.

Donna and Max- one of many awkward encounters

Of course, everyone knows that Valentine’s Day is never complete without being dumped, getting knocked-up and scheduling an abortion… well Donna Stern does anyway….  Donna deals with these very stresses of life and her personal issues publicly, on-stage for everyone to hear, and like her, the film is unapologetic and one of a kind. It’s like if we actually got to cut a hole through our walls and see how our neighbors live. The characters were real, the plot was real (as such, it didn’t have much of a building action), but it didn’t matter because it was so true to life and the hardships that come with growing up. This film handled dealing with typically tragic topics in a way that makes the audience cry with laughter, is an art form. No it didn’t have you sitting at the edge of your seat, or hiding behind the safety of your hands, but it will have you laugh, laugh and laugh with a girl who laughs at herself, because that’s who she is — shamelessly herself.

Gillian Robespierre does a wonderful job of painting obvious clichés and then straying from them, revealing the complexities of seemingly simple people and situations, and making this film truly an original.

If you can’t deal with some slightly crude humor, or if you are a strict Conservative, then Obvious Child may not be the movie for you, but unlike so much comedy these days, the movie doesn’t overdo it; it doesn’t cross the line then keep walking, it just crosses the line and sits there. However, if you want to laugh, be entertained, and have a gateway into the hilariously weird aspects of some people’s lives, then I would encourage you to see Obvious Child. Life has so many pressures to grow up, so sometimes its okay to let people know that even when you’re a couple of years away from 30, you can still be a child, because we all know that we don’t just wake up one day an adult.

Also, since this is an independent film that people haven’t heard too much about, check out this trailer and get familiar with the film that comes out today!