The Milk Carton Kids Enchant at The Bluebird Theater

There would only be one logical reason to brave the unbearable heat of a packed-to-the-brim, sold-out show during the merciless Colorado summer: to witness something amazing. Tuesday night at Bluebird Theater, the California-based folk duo known as The Milk Carton Kids awed a sold-out crowd with their beautifully captivating sound, in continued support of their critically acclaimed and Grammy nominated debut, The Ash & Clay. 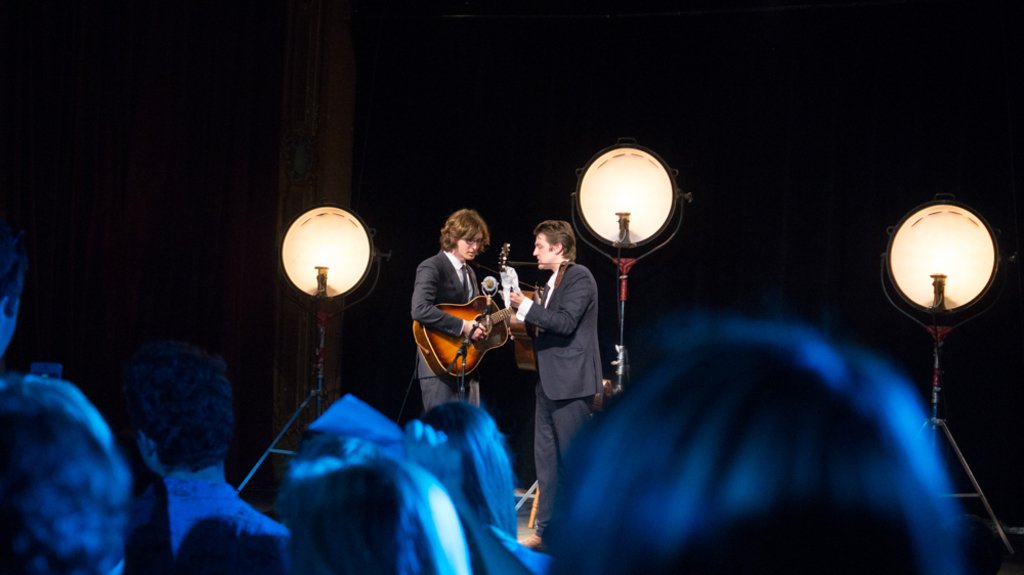 In the last three years, The Milk Carton Kids have emerged as a powerful voice in the Americana/folk scene,defined by their understated detail and poignant sound, to the delight of folk traditionalists as well as genre newcomers. Sublime harmonies, elegant guitar riffs, hard hitting lyricism, and unbelievable synchronization epitomize The Milk Carton Kids. The New York Times Magazine reviewed their sold out performance at Lincoln Center’s American Songbook series, writing:

“There is something almost unnatural about the mellifluous harmonies of The Milk Carton Kids, something freakish. It’s hard to believe that two people can sync to each other like that.” 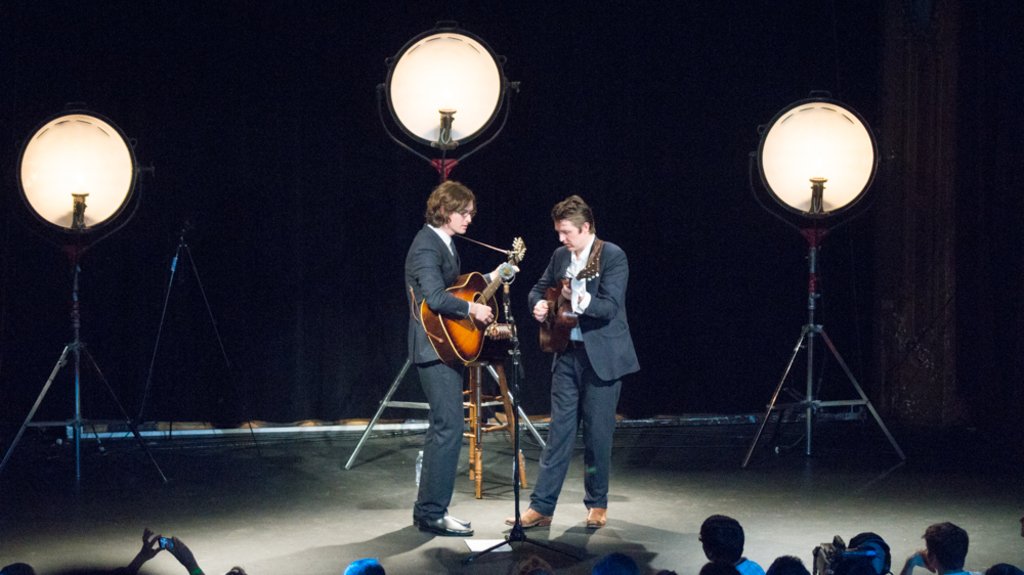 However, the duo is not only synchronized musically. Their unique dynamic carried throughout the show in between songs, when Kenneth and Joey would banter back and forth, surprisingly uninhibitedly, and had the audience roaring with laughter. Don’t write these guys off as two soft-spoken, Greenwich Village-inspired folk singers (dressed in suits, might I add.) Their humor is dry and witty, and they’ve translated their musical chemistry into a cohesive, highly entertaining onstage presence.

On Tuesday night at Bluebird Theater, The Milk Carton Kids had their sold-out crowd completely mesmerized. Kenneth and Joey, together, produce the raw and rare connection and talent that give people reason to pack into a sold-out venue, brave the heat, and witness something great, reminding us all that sometimes there is value in understated detail… and sometimes less really is more.