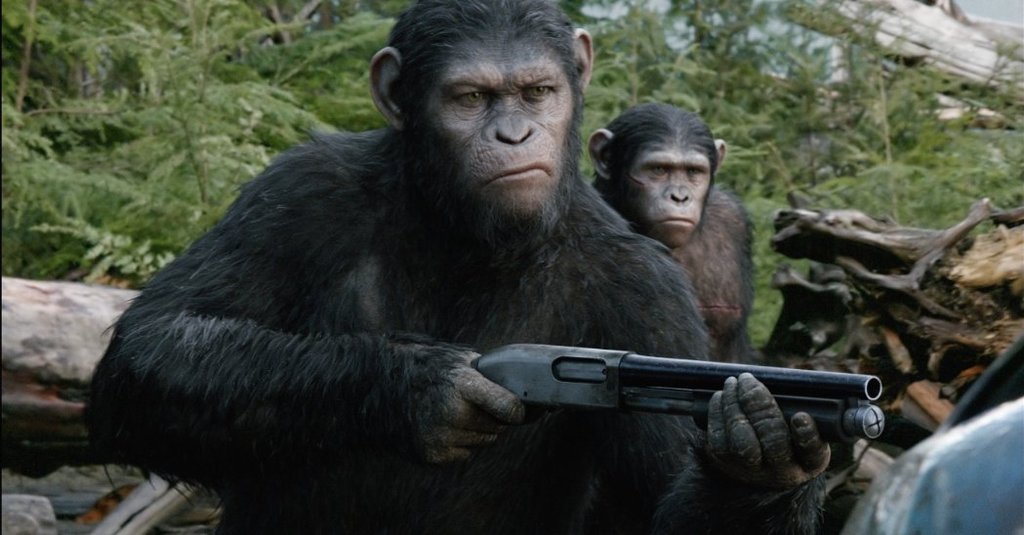 Five Movies To See This Summer

Summer movie season will be in full swing as the studios deploy their money-making machines over the next few months. Sequels, explosions, sequels with explosions and explosions that will lead to sequels corner the movie market, packing theatres to capacity. Oscar-chasing dramas and actor’s passion pieces take a back seat, making way for negligent amounts of cartoonish violence, brawn triumphing over brain and Michael Bay unleashing his inner-teenager. And it’s just the best.

Ignore the critical consensus that will more than likely marginalize the following flicks as brainless boom-fests that are a socially irresponsible glorification of bedlam. Allow yourself the opportunity to simply enjoy the on-screen calamity until Christopher Nolan’s Interstellar debuts in November or something.

Here are five movies to see this summer:

With a budget of only $165 million, a pittance compared to Dark of the Moon’s $195 million, Michael Bay comes back to his litter of gigantic robots programmed to destroy everything in sight and eardrums of the paying customer with equal fervor. Acclaimed thespians Optimus Prime and Bumblebee are back to protect the world from the Decepticon worldwide mutilation.

Replacing noted plagiarist Shia LaBouef in the lead role is Mark Wahlberg who starred in Bay’s Pain & Gain, last summer’s low budget bodybuilders-to-domestic terrorists black comedy inspired by a horrific true story. Wahlberg is Cade Yeager, a mechanic who stumbles upon an inactive Optimus Prime and fights the good fight against evil as civilization crumbles under the onslaught of CGI-mayhem, astonishing pyrotechnics and ominous music.

Building off the foundation laid in 2011’s Rise of the Planet of the Apes, Dawn of the Planet of the Apes is this summer’s longest titled movie featuring apes overtaking the world. San Francisco is a dystopian wasteland inhabited by Kirk Acevedo (Miguel from Oz), Keri Russell (The Americans) and Gary Oldman (Gary Oldman) following the spread of a deadly virus. Chaos ensues as simian and homosapien clash in the ivy-ravaged city where society has eroded, but tanks with machine guns still prosper.

Budding star Jason Clarke is the movie’s main character and tries to establish good relations with the apes. In building a rapport with the beasts, Clarke enters their territory with tear-stained cheeks, sees that they are just like humans and everything would be better if they cohabitated in peace. Dreyfus (Gary Oldman) blames them for the ills of the world, is blood-thirsty and will be satiated by only the extinction of all apes. That’s a fairly lazy parallel to one of many social injustices that has been rung dry in modern film, but seriously, apes with shotguns. Go see it.

Starting with 2010’s criminally underrated Faster, Dwayne “The Rock” Johnson has fulfilled his destiny as action movie badass. The Fast & Furious franchise was stagnant until The Rock arrived with his war chest of Baby Gap tees to beat the hell out of anyone in a 20 mile radius. G.I. Joe became a thing again. This rapid ascension up the Action Hero ranks has naturally progressed to its next logical stop: Greek mythology.

Replete with lion slaying, skies of flaming arrows and violent yelling, director Brett Ratner aims to put a new age spin on an ancient myth. Flanked by the ever reliable Ian McShane and John Hurt, The Rock chops his path through the millenniums-old myth, fighting water dragons, singlehandedly pulverizing warrior legions and drawing oohs and ahhs from adorning women. The combination of the source material and The Rock’s intimidating charisma should place this movie in the pantheon of films starring professional wrestlers.

This year’s lock for comic book movie that will surely enrage ComicCon attendees because it egregiously deviates from the source material is Teenage Mutant Ninja Turtles by a landslide. Directed by Jonathan Liebesman, the auteur most recently responsible for Battle: Los Angeles and Wrath of the Titans, the trailer features all the hallmarks of producer and King of Summer Michael Bay: peaceful opening shot of bustling metropolis, scary guys with guns, Megan Fox and things going boom!

Fox plays April O’Neil, the saucy New York City reporter who tries to expose the Foot Clan. Self-harming legend Johnny Knoxville voices Leonardo, a move that will assuredly ruffle the feathers of the comic book aficionados, as his presence flies in the face of seriousness of live-action turtles with ninja skills. Tony Shaloub provides the voice of Master Splinter and the always hilarious Will Arnett stars as Vernon Fenwick, April O’Neil’s cameraman.

Robert Rodriguez returns to Basin City almost ten years after eviscerating morality in the first installment. Frank Miller, the graphic novelist who wrote Sin City and 300, is back to the big screen as co-director and looks to erase his directorial debut (The Spirit) from the minds of the ten people who paid to see it. The duo doubles down on the sleek noir ambiance of the first film as the black-and-white spectacle of deformed men and sexually-charged female characters try to make the best of the surrounding depravity.

Reprising roles from the 2005’s star-studded cult classic are Jessica Alba as the silicious Nancy, Mickey Rourke as the tortured antihero Marv, Rosario Dawson’s prostitute Gail and Bruce Willis as Hartigan, among others. Joseph Gordon-Levitt and Josh Brolin join the cast in a hellish landscape of death, drugs and other pursuits of happiness.