The Denver Chalk Art Festival brightened Larimer Square this past weekend. So begins an amazing outdoor festival season with the Denver Chalk Festival 2014 bringing colorful Colorado to life! Over 200 artists came out, soaked up some sun, and worked unbelievably hard on the chalk art pieces lining several blocks on Larimer. Blue Moon sponsored the popular downtown Denver event and the talent was as bright as the chalk on the pavement itself.

After several years of attending the Denver Chalk Festival, I can tell you it is one of my personal favorite art celebrations in its accessibility and size. This may have been the largest gathering at the free event I have ever seen. Art lovers of all ages moved along the current that surrounded each chalk mural, each carefully stepping around piles of colorful chalk and blue masking tape. The crowd gathered around featured artist Dawn Wagner and her hauntingly beautiful female portrait with hummingbirds, detail in flowers, and perfect proportions. View more of Dawn’s amazing chalk art catalog here. 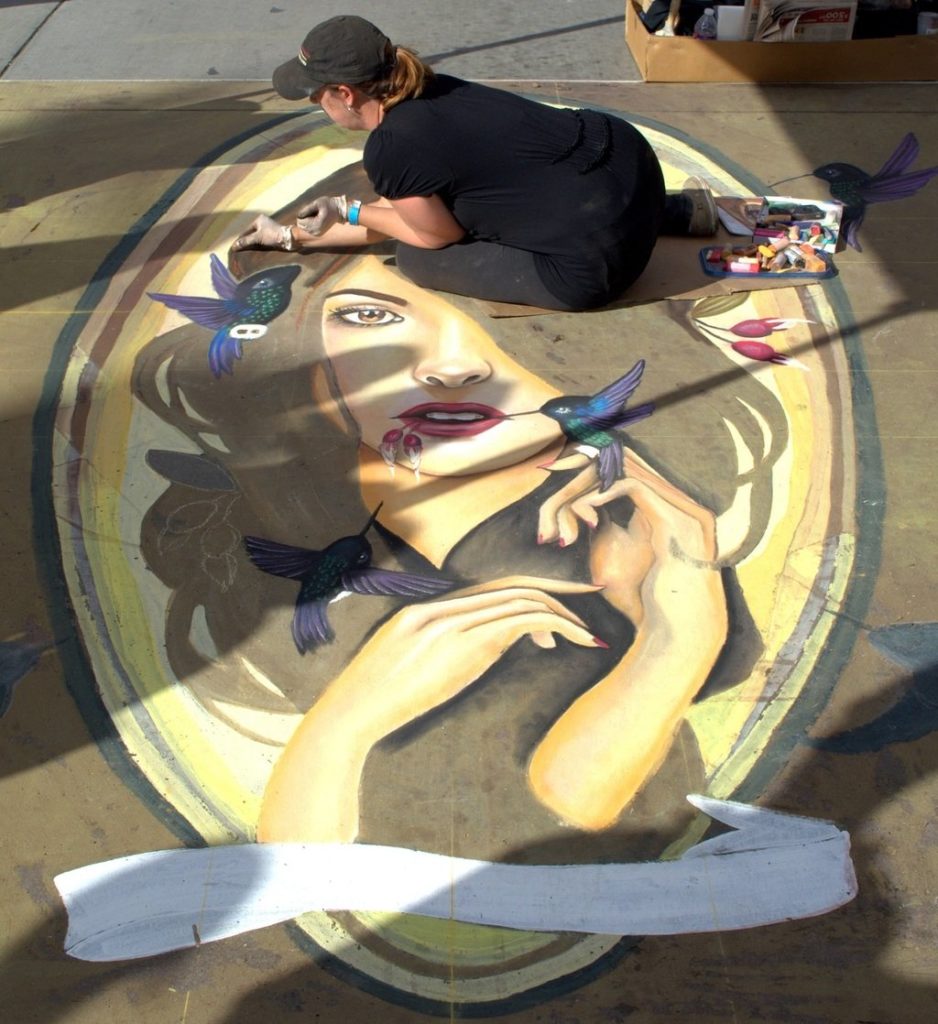 This year’s festival boasted one of my favorite chalk artists in the world, Genna Panzarella. Humble and serene, I was enamored with famed artist Genna’s style and creative process. Her work is among the most respected and sought-after in the country. In her medium, Genna is a master of classical, whimsical, and perfectionist chalk art murals. Her Denver piece was no exception. Find more from Genna by visiting her website and be sure to follow her chalk-filled adventures all over the world. 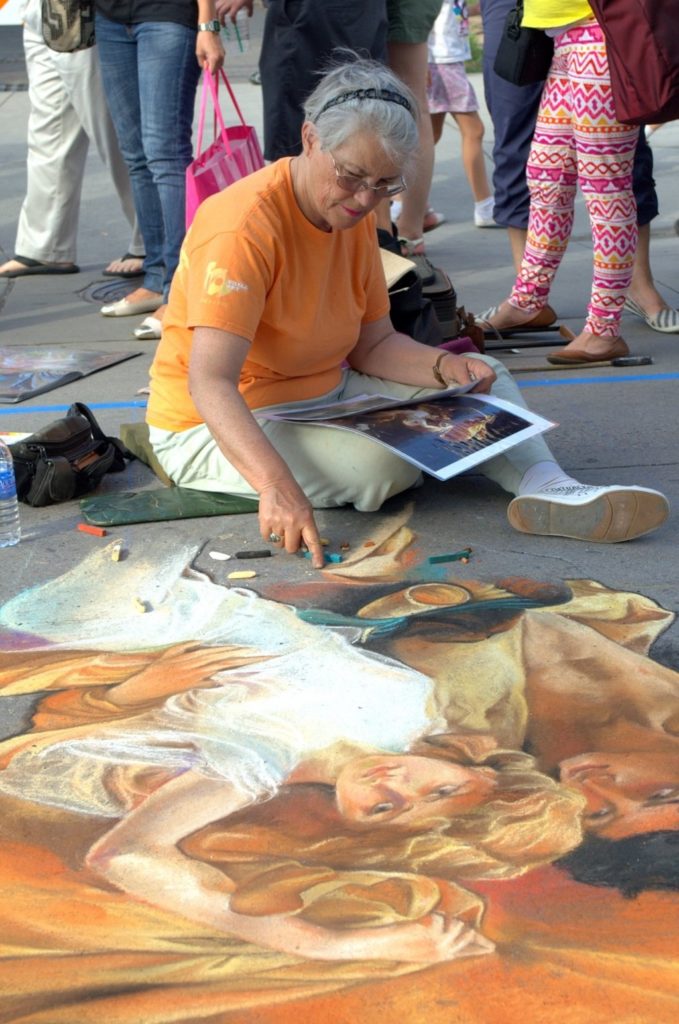 Local 3D chalk art master Chris Carlson created one of the most talked-about murals of the event. His lively, three-dimensional, pop-off-the-ground art was used to create this Hungry Hungry Hippos homage. Carlson is one of the hardest working artists I’ve ever met in Denver, making time lapses and receiving national, critical acclaim through YouTube and online forums. Read the Concrete Canvas feature on Chris Carlson and his amazing, international and critically acclaimed 3-D art.

Daniel Chavez made an appearance at the chalk art festival as well. Chavez dominated a piece with fellow artist and friend Eddie W. Huang. The bright, bold, unapologetic colors were a standout in the sea of chalk. Look for more work from Chavez on Concrete Canvas this week, and see his amazing mural from Snowball 2014. Chavez also has First Friday in the Lower Highlands coming up June 6th. It’ll be a kickoff to this districts art/boutique/restaurant/first Friday walk in this amazing, up-and-coming area of Denver. Chavez will be live painting at Little Man Ice Cream with Jaime Molina, don’t miss it!

Unfortunately, these chalk masterpieces will wash away with the rain today. Perhaps that is why they are so beautiful, because they are temporary. They are appreciated, every moment spent completely present with the piece of artwork before it’s fleeting. Chalk art teaches lessons in life.

Chalk Fest 2014, concentration in the details 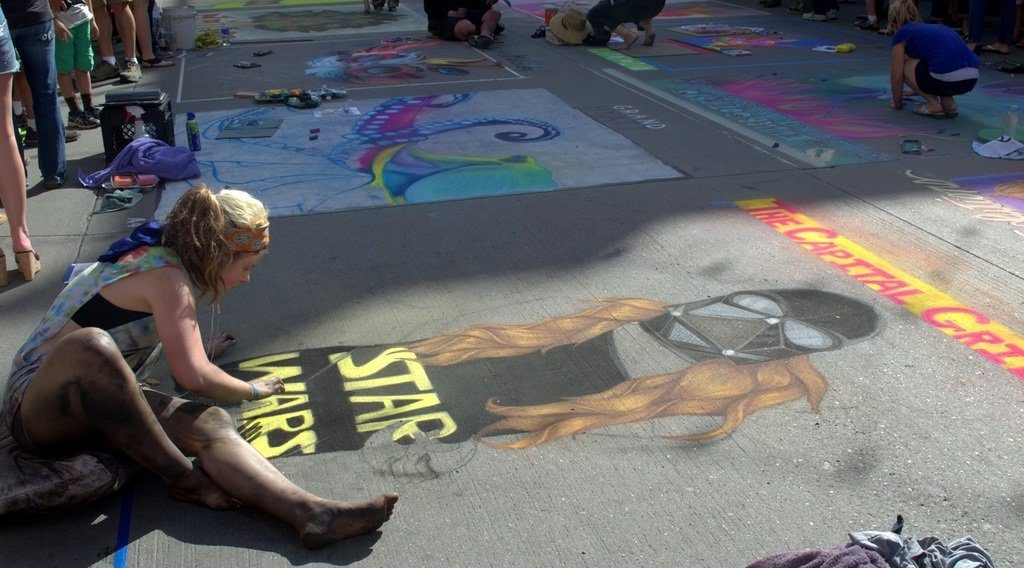 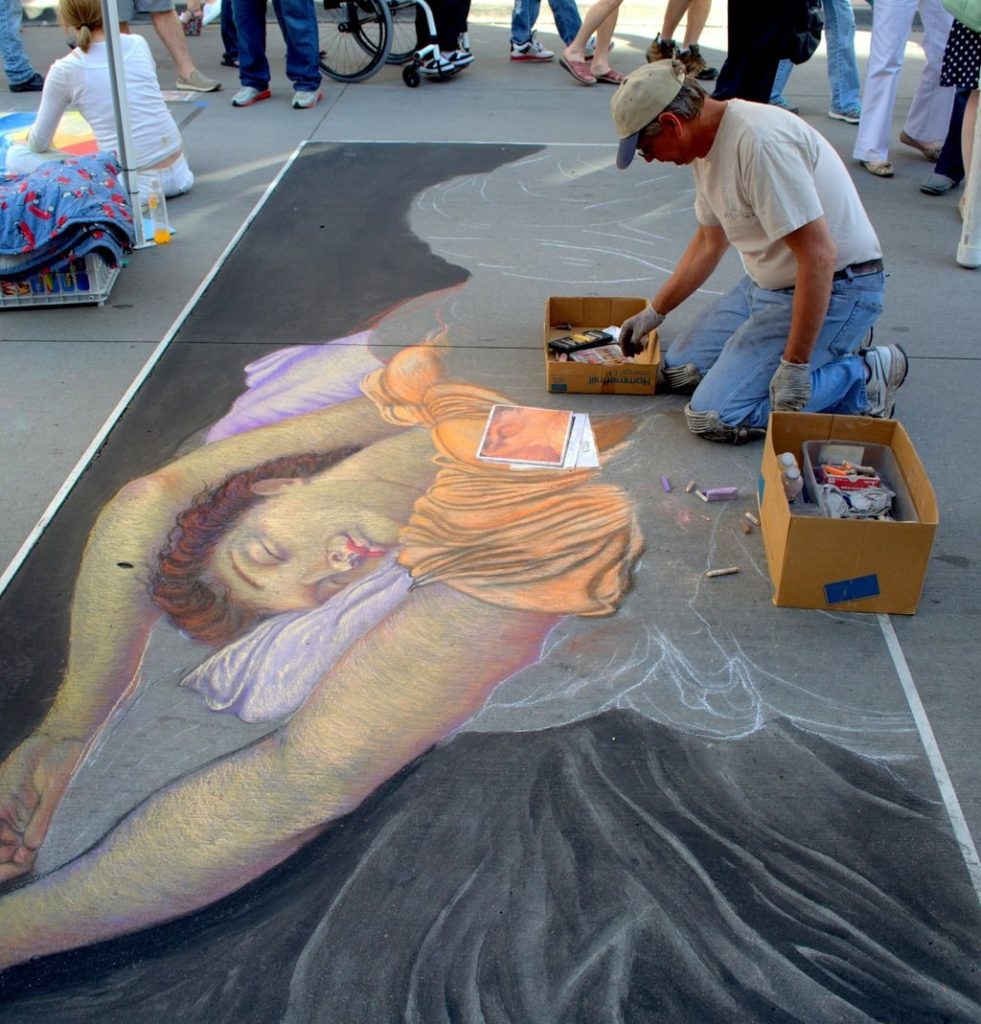 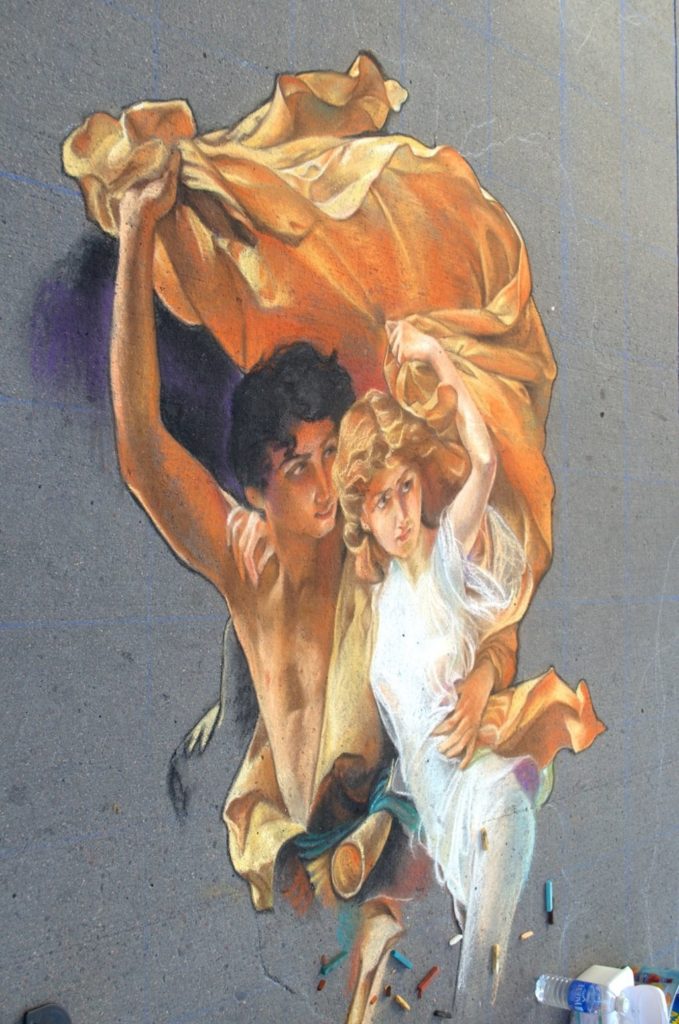 Check out 303 Magazine on Instagram for the best, local art all year long! Tune into Concrete Canvas for more from local artists work in this Summer street-art season! Be sure to join 303 Magazine at the Lower Highlands First Friday June 6th!