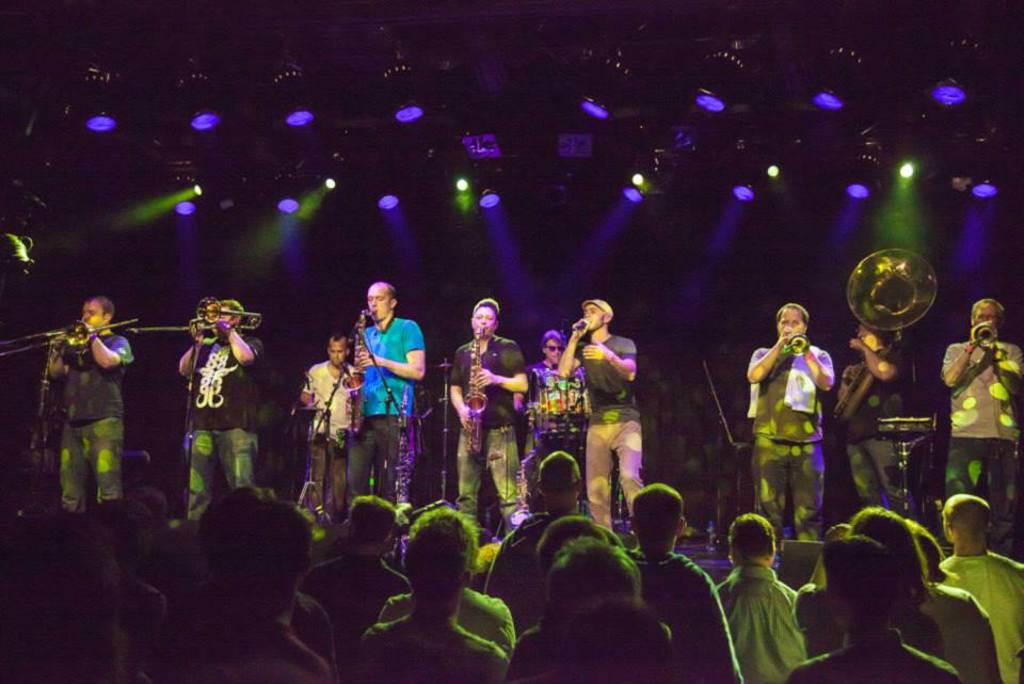 Youngblood Brass Band Brings the Beat to Cervantes’ Other Side

If you’re looking to see a musical performance that is going to blow you away, look no further than the genre-bending, horn-sounding, rap-attacking beat enthusiasts Youngblood Brass Band, who are poised to take over Cervantes’ Other Side Saturday night. 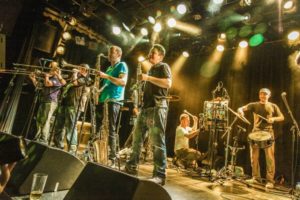 The sensory experience of their shows is phenomenal. One minute you will be shamelessly snaking your body around to sexy brass (as their name implies), then Youngblood Brass Band will build up the energy with a heavy drum background and quickening pace until before you know it, their emcee, David Henzie-Skogan, will hit the microphone, exploding with jet-fast verses that leave you spun and stirred. It’s everything: New Orleans jazz with punk-style speed, doused with fresh hip-hop and a tad of electronica production. These guys cover their musical bases with gusto. But don’t take my word for it, have a listen:

This ten-member group was formed originally in Madison, Wisconsin, but boasts members from across the United States. They have been touring for years, selling out shows and playing festivals such as Glastonbury and SXSW.

The roster of members is as follows:

The doors open at 8 p.m., with the show getting started at 9 p.m. and, according to Cervantes’ website, will go on until 2 a.m. The show is open for anyone 16+, with tickets costing fifteen dollars at the door, or twelve dollars pre-sale.