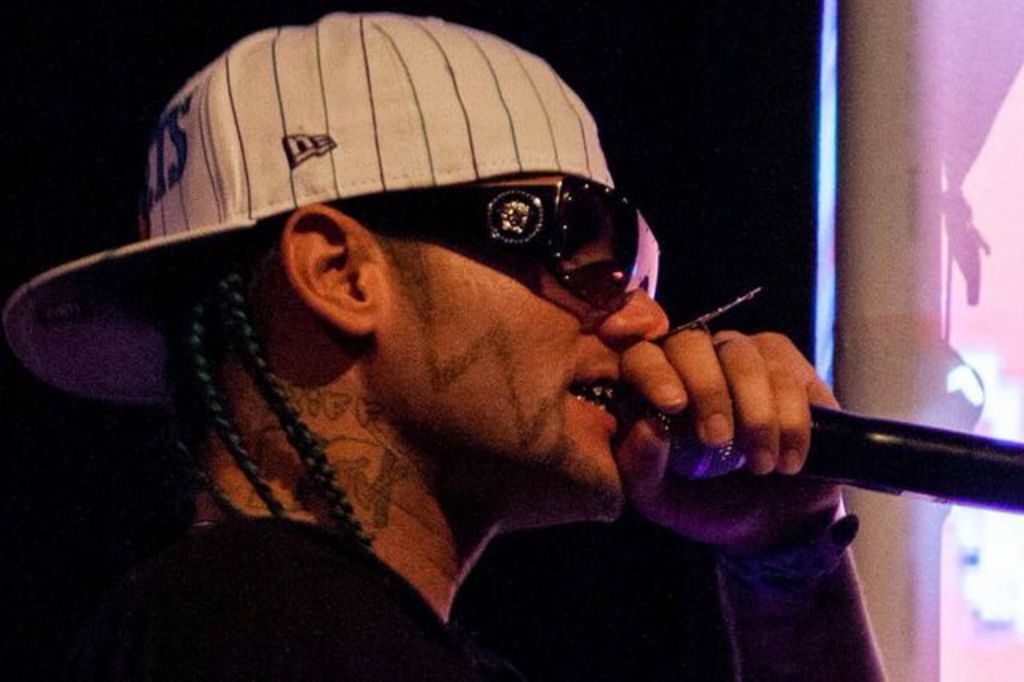 Riff Raff at the Bluebird: Overshadowed by Technical Disagreement

Riff Raff is a highly viral character. His persona grants him the interest and fascination of millions of people. Much of his allure comes from the novelty of his personality and hype. When I was on my way to his show at the Bluebird Theater on Wednesday night, I imagined that his live show would be somewhere between a cross of his out-there videos and a three-ringed circus. This was not the case.

The crowd of the half-filled Bluebird was definitely ready for the party and clad in their best urban fare, Jordan’s on their feet and plenty of fitted snap-backs. The two openers had put the crowd in the mood to drink, sweat and get excited for a chance to see their neon icon.

His DJ arrived on stage with two candy-color wigged dancers and started to play more popular jams to incite the crowd. This went on for about fifteen minutes as we waited for Riff Raff to appear. The DJ would repeatedly reassure the audience, “Just got word he is 3 minutes away,” then, “Just two minutes til Riff Raff.” Apparently Riff Raff had not been in the building during his two openers, much less present when they had finished.

The stage was set with a huge horizontal screen playing a mix of random images mixed in with his own music videos at a pace that could have spelled trouble for anyone prone to seizures. Finally, Riff Raff strutted on stage halfway through his track Raiders Vs. Hawks in board shorts and sunglasses.

He showed love to his fans, bringing one guy from the front up on stage to praise him for wearing a Riff Raff t-shirt. The whole time he had his own recorded tracks playing behind him that he would rap over. He would take breaks from rapping over it to swig out of his cup or pour Ciroc vodka into some lucky crowd member’s mouth. And all the while, his recorded rapping would continue to play in the background.  Everyone seemed sufficiently turned up.

He rapped through a few songs, like Tip Toein’ in My Jordans and Up All Night on Cocaine, then he really engaged the crowd during the DJ Noodles track Instagram, when his posse took up most the front row’s cell phones to snap pictures of Riff Raff flexin’.

People were all over his stage: the DJ residing in the back, a hype guy with his own mic providing more back up, one woman running back and forth who continually gave his dancers large cut-outs of Riff Raff’s face to wave. The two dancers accompanying him worked it behind a square, back-lighted sheet and stood swaying back and forth, covered by the cut-outs. It didn’t have nearly the organization of a three-ringed circus.

What stuck out to me, though, was how irritated Riff Raff seemed to be with the Bluebird production. Initially he called them out for lighting, asking them to turn off multiple lights so that his stage was nearly dark aside from the two lights that were highlighting the dancers. Then, he called out the sound guy for not having the speakers loud enough. The bass seemed louder after that.

But it seemed to culminate during his arguably most known track, Dolce and Gabbana, where Riff Raff simply dropped his mic and walked off stage. No ‘Goodnight Denver,’ no ‘Thanks for coming out.’ His DJ once again picked up the slack by reassuring the audience “The 303 is one of the best places to play!”

My jaw was hanging at this point, and I had to see if he would walk back out and continue. Alas, the lights went up and people began to file out of the Bluebird.

Despite his hype and persona, this reviewer felt wholly disappointed by the lack of respect Riff Raff showed for Denver and the venue hosting him.