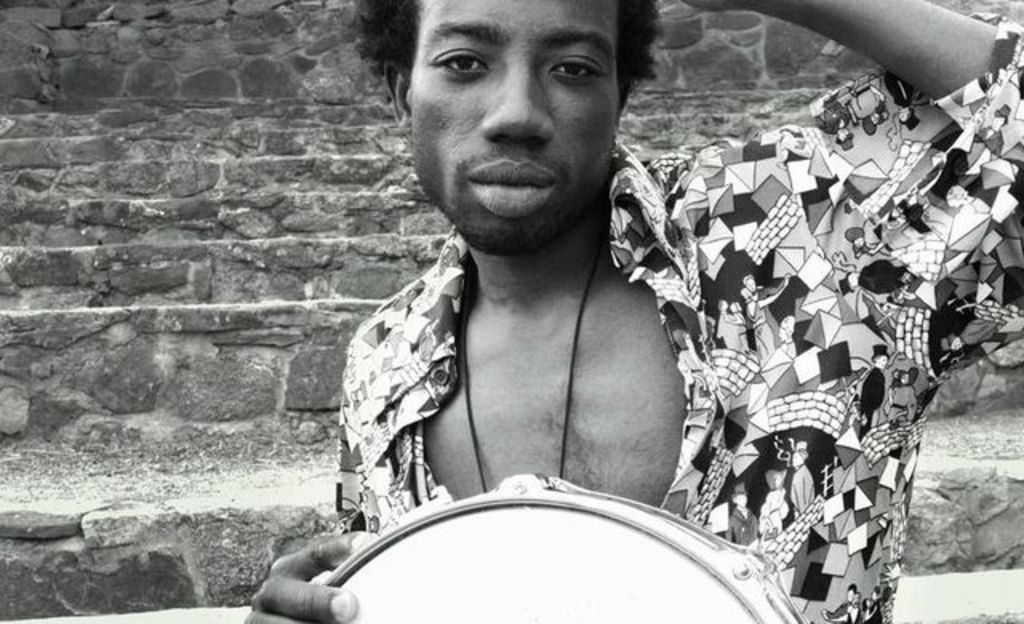 In the age where making it big in America is because of who you know, not what you know, it can be difficult to carve out a musical niche for oneself. Paa Kow (pronounced Pah-Koh) is known as a world-renowned percussionist, bandleader, composer and teacher. He didn’t attend Julliard, NYU, or any prestigious fine arts university. He wasn’t born to a music executive or ever rubbing shoulders with any record-producing elite when he was young.

In fact, in the small village Enyan Denkyira near Cape Coast in Ghana, where Paa Kow was raised, he did not even possess access to electricity. Still, the spark of musical talent and willpower inside of him radiated through with such ferocity that is wasn’t long before he was playing alongside some of Africa’s and America’s finest musicians. No one simply handed Paa Kow his dream, he worked tirelessly to earn it.

Paa Kow and his By All Means Band have now put their roots in the Denver scene and have been playing in the Colorado area frequently since the initial release of their first album Hand Go Hand Come in 2012. With lyrics that are a mix of Paa Kow’s native language, Fante, as well as English, and insanely groovy Afro-fusion beats, Paa Kow’s music truly bridges the space between Ghana and America.

This Saturday, May 17th at the Soiled Dove Underground, Paa Kow will be hosting a CD release party where fans can get advance copies of Paa Kow‘s forthcoming album, Ask, coming out August 19th. The event features a set by Paa Kow and the By All Means Band with support from the Greg Harris Vibe Quintet featuring Venus Cruz. Door open at 8 p.m.

303’s Music Desk had the chance to call up Paa Kow and learn more about the man behind the drum set.

303: So to start off, you came to Colorado initially by way of your relationship with Peyton Sheffield. What about this area made you want to stay, base yourself and cultivate your music here in Colorado particularly?

Paa Kow: I came to CU Boulder in 2007 to teach and be a part of that community through my friendship with Peyton. When I arrived it really felt like there was a lot of musicians to meet and opportunity here to work with. I like the people, the city, everyone around.

303: Colorado to Ghana is quite the distance. Are you still able to travel back to Ghana and involve yourself in the community there frequently?

Paa Kow: I just returned from Ghana last weekend. I play with many musicians in Africa and travel there a lot  and have played with a lot of people there. I often go back to my community I grew up in.

I’m thinking about making something like a school there to teach at in the future. There is not anything like music schools there, and growing up I did not have anything like that. I was lucky because my mom and uncle were in a band and that is how I got started, but many others are not as lucky, so in the future, when things get a little bit bigger, I want to go in and bring a music school to the children so that they can learn.

303: Your music is described as Afro-fusion. On the ‘fusion’ side of things, what other kind of genres have you focused on incorporating or influencing into your sound?

Paa Kow: I think people know our music style in Ghana called ‘highlife‘ and that is a big part of my sound. But I try to make it sound like something richer. Just like creating my own vision, my own sound, and what that looks like. Because the sound can look like somebody. It can look like anybody I want it to look like. That helps me create, because all music sounds different and I make it sound like its own person. I think my sound has everything – jazz influence, blues influence, Latin, but it is fusion with my own creation of what I want the music to look like.

303: How have you and your ensemble worked to develop and collaborate on the what becomes the final musical product?

I have a relationship with being good friends with my musicians. We are all friends and work together to create good sounds. I have played with a lot of different projects and musicians in Ghana and in America. And you have to know that musicians, they come and go every time. So you have to be there yourself and make sure everything flows and make sure the music plays. Sometimes I play many of the instruments and work hard to put music together, so reflecting that with other musicians is very important. They know what I need and have patience to learn it, and we can come out with something beautiful. It is important to be able to work together well, otherwise the music will suffer.

It is good to have a band that anytime is different. People have different goals cannot always stay around, as much as I want my musicians to stay, people also need to do what they do to be happy. If they have the talent and are around we can make it. Musicians come and go all the time but you need to be a leader to keep your dreams calling.

303: Many of you songs I’ve listened to you talk a lot about friendship, loving one another, and acceptance. Why do you think these themes manifest so frequently in your songs?

Paa Kow: So the same thing as before, loving one another is great and a good thing. It doesn’t have to be your sister or your own brother. The person doesn’t have to be related to you before you can treat them good. You never know what you get with people, the same way I met Peyton. It is just the way to treat human beings and how you want to set up your relationships, because you never know who can help you. You may have to rely on another human being to make it happen.

You can be alone and do your own performance but I still feel like it is bigger than that, if you can be the man to help put things together and help everyone connect. Being a musician you have to treat everyone as your own brothers and they will treat you as their own brother, and can share the music you want to do. It is everything, not just music, but everything that we live in this life.

I think being respectful is as important as talent because without respect the talent will get you nowhere. If you have the talent and not the respect, musicians will not want to play with you and everyone will say “Oh yes, he is good but I can not work with him”. And you go nowhere. You have to have respect to get around in business and in being a good person. If you don’t, you won’t go forward.

303: Tell me a little bit more about your new album Ask, and what its message is all about.

Paa Kow: The reason why Ask is the name of the album is because I was writing a song and the idea came in my head: always stuff comes to you. When you have it, stuff comes to you in a way you don’t even expect. You accept it and make it what is it supposed to be. In Ghana and in Africa and everywhere, there is a lot of problems and that was inspiration for some of the album.

But help doesn’t have to be just somebody that is a part the government. We can all support to make things better in this country.  We can have faith to ask our artists and our people how we can solve the problems. All it takes is the ability to ask our friends for the help we need. So that is what the name came from. When you can, ask them, so that people don’t have to suffer. We can all ask for help.

303: How indicative is the already-released single, Black and White, of the sound of the rest of the album?

Paa Kow: I try to have everything, so every song has its own message and they are all very different. Each song on the album is it’s own thing. They each have their own stage but make one album. If I’m singing the message its different, if I play the drums, the message is different, but it has the same idea because it is me trying to bring my home music out to the world.

I believe that music doesn’t have to be one thing. You don’t have to know anything about African music to enjoy it, and that is because all the music is related. Classical, jazz, Latin, African, everything is related.

303: So you have a party coming up Saturday at the Soiled Dove for your new album, what can the attendees expect?