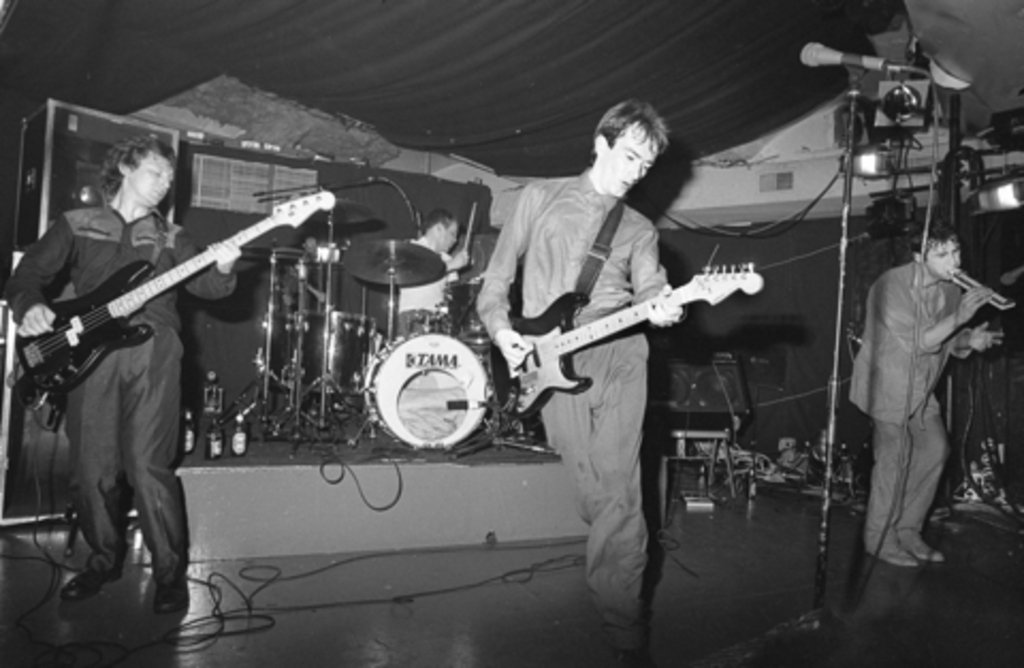 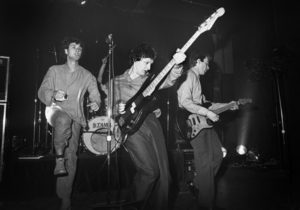 Late 1970s-early 1980s British post-punk band Gang of Four is infamous for their grungy, funked out music. Their tracks tend to boast political commentary with their characteristically brash and abrasive form of “dance-punk.”

Many bands of late have been influenced by the Gang, including the Futureheads, Franz Ferdinand, Bloc Party, the Killers, and the Rapture. Off-key guitar shreds, thumping bass lines, and tempestuous percussion are shared characteristics of these bands- a style which was undoubtedly born from Gang of Four. Michael Stipe (R.E.M.), Kurt Cobain, and Flea (RHCP) have also claimed that Gang of Four had been hugely influential for them.

Gang of Four was named after the Chinese Gang of Four, a political party comprised of four Communist Party officials who were prominent in the 1960s-70s who controlled most of China during their Cultural Revolution (and who were later charged with treasonous crimes).

Read more about Gang of Four in this in depth article by MTV News. What are Gang of Four up to these days? Check out this interview with frontman Andy Gill, where he discusses the band’s recent comeback after twenty years.

The track “Damaged Goods” is Gang of Four’s debut single and was released in 1978. The song reached #1 on the British Indie Charts and was one of John Peel‘s (BBC Radio DJ) personal favorite tracks to play. Give ‘er a listen: