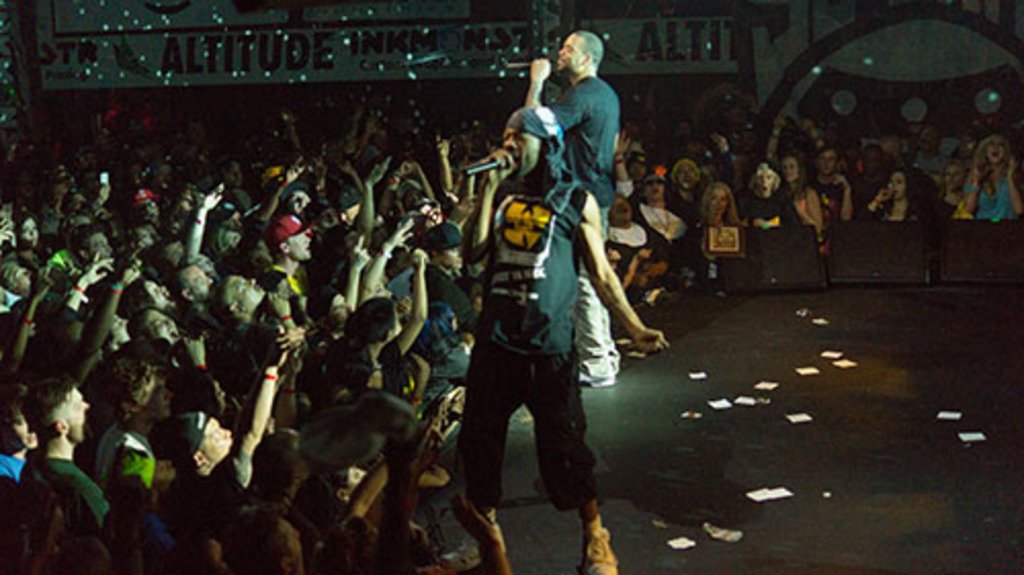 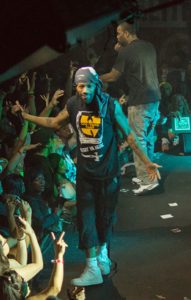 Redman and Method Man are the duo OutKast would be had Andre 3000 not taken so much time away from the stage. The “How High” duo were in rare form at Cervantes Masterpiece Ballroom last night and more energetic than we’ve ever seen them.

Meth and Red are no strangers to Denver, the two are like the godfathers of live shows happening in the town so the crowd was exceptionally adoring. Appearing for the 4/20 festivities, the two stormed the stage in full gear and, if you can believe it, went smoke-less for their entire set. Signs posted around the venue point to the new marijuana laws that prohibit public smoking and the air in the ballroom was surprisingly clear.

The lack of weed seemed to give Redman and Method Man a new performance height to reach, and they surpassed it. They did the hits, “I’ll Be Dat,” “All I Need,” “How High,” a slew of “Blackout” joints, and of course, classic Wu-tang cuts. The pair brought out Mathematics who rocked the crowd before Meth and Red took the stage, announcing the release of “How High 2.”

The audience reveled in screaming “fuck you RedMan!” with middle fingers raised high, much to the rapper’s delight, before Method Man segued into “Bring Da Pain.” The song is still classic and more than a decade old at this point.

Somehow, Meth never lost the ferocity in his eyes as he spit the lyrics. At points, they were each other’s hype man. Dancing around, encouraging the crowd. At other moments, Redman looked like Red from the “Hardcore” days and was stealing the show.

Though this was their second performance few hours a part, they seemed to out energize the crowd several times. For the finale, Redman catapulted himself out into the audience and rode the wave of hands for a while before making a seamless drop onto the stage. As is his signature move, Method Man used several partygoers as stilts, rocking the microphone all the while.

It was strange seeing America’s Most Blunted sans blunts but this was the best show of the weekend, no doubt. After rapping the hip-hop heads into a tizzy, they bowed with deep gratitude and left the stage amidst shimmering green lights.

Click here for more photos of the duo tearing down the house.