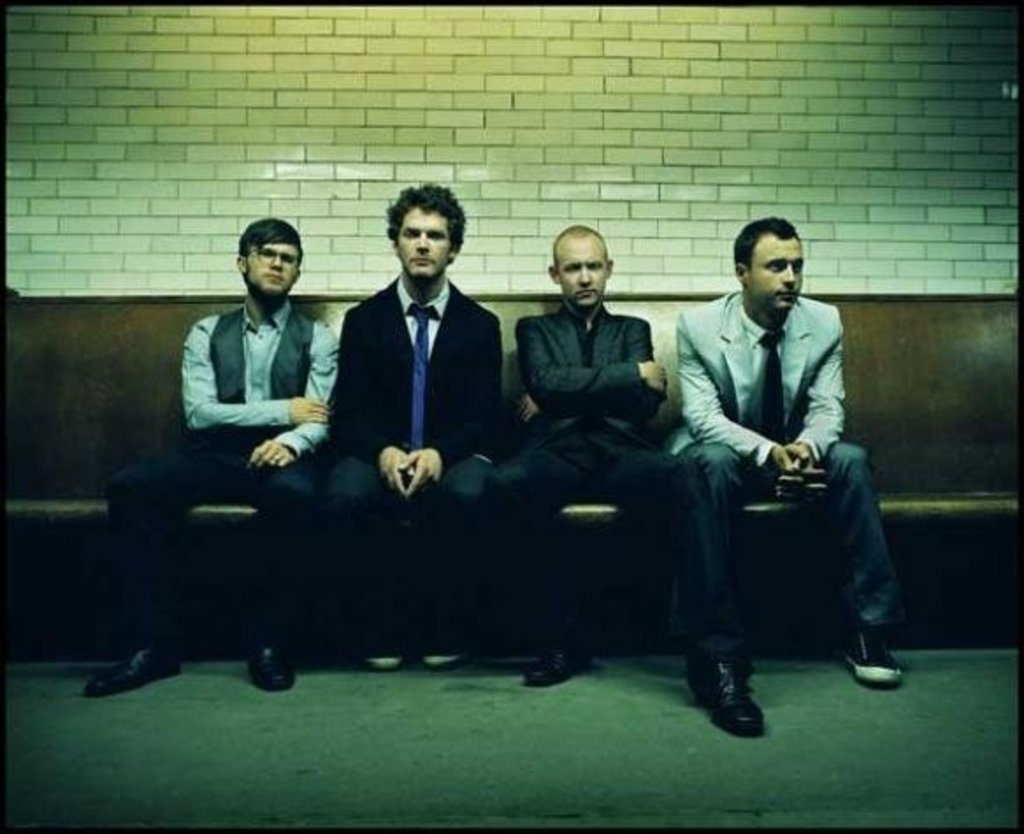 The Fray: Back With New Ferocity

Just when we all think we know what to expect from The Fray, they decide to go and release an album that demands total reconsideration.

The Colorado-native quartet is mostly known for their deeply personal, and sometimes painful, ballad tracks. There is no judgment here if you shed a few tears over that first big album, I think we all did. I’m even not afraid to admit that my high-school boyfriend and I deemed “She Is” as “our song”, back at that age when you do that kind of thing.

But with their fourth album Helios, released last month, the quartet proves that they can indeed come up with a sensational track list of upbeat tunes that still manage to beautifully house their thoughtful and poetic lyrics.

The Fray swung through Twist & Shout and performed a bare-bones acoustic set in February before the release of their new album, but if you missed it you are not totally out of luck. This summer The Fray plans on touring nationally to promote Helios, and will, as always, be making an obligatory stop back in Denver for a hometown performance at Red Rocks Amphitheater on June 8. So if you are like me and had perhaps written The Fray off in the last few years, this will definitely be the tour that revives your interest in the group.

They will employ the indie-rock talents of emerging bands Barcelona, from Seattle, and Oh Honey, of Brooklyn, as their opening support. Barcelona is a natural opening complement for the Fray, as their sound is heavily piano-based. Oh Honey also fits right in with the soft, harmonious vibe that the other two bands put out.

The Fray in the studio

Part of what makes the new Helios album a success is that they deliver a brand new sound that doesn’t come about at the expense of their, in my opinion, most impressive quality: lyrics. They are still powerful, romantic and intimate, but the mood of the lyrics is much more hopeful than in previous albums. It is obvious by the buoyant atmosphere of Helios that the band is in a much happier place than they were when creating their 2012 release, Scars and Stories. Where inspiration for Scars and Stories seemed to be derived from a place of affliction, this album is clearly derived from a place of contentment.

Check out what guitarist Joe King had to say about the album when talking to FuseTV:

“Helios is lot brighter than [our last album] Scars and Stories. With this one, it was purposeful: Let’s change everything. How we’re writing it, how we’re recording it,” said King. “The last one, Scars and Stories, was a dark time for us. But with this record, we’re having babies, I’m getting married—there’s great things happening in life. We came out of that period of time and now we can breathe again.”

If you somehow aren’t already familiar with them, The Fray is composed of Isaac Slade on piano and lead vocals, Joe King on rhythm guitar and backing vocals, Dave Welsh on lead guitar, and Ben Wysocki on drums. The Denver-based group formed in 2002 after high school buddies Slade and King happened to run into each other at a local guitar shop. The rest is musical history: The Fray exploded onto the national scene with their 2005 debut featuring those hit singles that we all remember, “Over My Head (Cable Car)” and “How to Save a Life,” which went double-platinum. The band then went on to earn a 2010 Grammy nomination for their self-titled release.

This summer The Fray is aggressively tackling the tour circuit, with over twenty-five shows booked all over the country. Their shows at Red Rocks have always been a highlight amongst their tours, and with a brand new album that is arguably set to be their most successful since How to Save a Life, it won’t be one to miss. The show is all ages, and tickets are on sale now for $45-55 on the Red Rocks website. Doors will open at 6 p.m. with the first opener going on at 7 p.m.

If you want to hear more of Helios for yourself, then check out this totally Americana video for “Love Don’t Die” below: