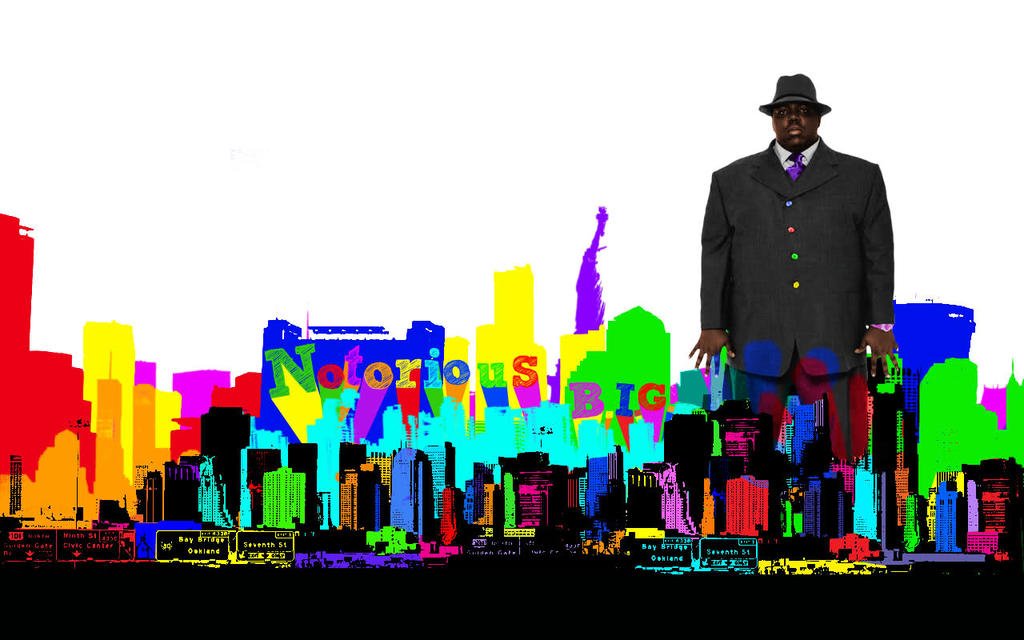 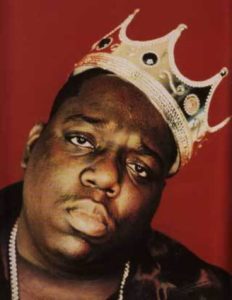 This week (March 9, specifically) in 1997, the Notorious B.I.G. was shot four times and killed after leaving a party in Los Angeles with his entourage and bodyguards. His album Life After Death was ironically released about a week later.

Brooklyn’s Christopher George Latore Wallace was one of a biggest East Coast hip-hop and rap influences of the nineties, made popular by his signature dark and autobiographical, loose lyrical flow. Biggie is still described by many as one of the greatest MCs of all time.

“The milks was chocolate, the cookies, butter crunch
88 Oshkosh and blue and white dunks, pass the blunts.”

Biggie’s first major success on the pop charts was Juicy/Unbelievable in 1994. His album Ready to Die stole the show from West Coast rap, which had been previously been in the spotlight. Big Poppa and One More Chance (featuring his wife at the time, Faith Hill) were platinum-selling singles, reaching #1 on the U.S. Rap Chart that year.

In 1995, the coastal feuding between Biggie and Tupac reached an uncomfortable climax when Tupac accused Biggie and company of having some knowledge regarding a robbery that took place, which ultimately led to Tupac being shot several times. The following year, Tupac was shot and killed by a drive-by in Las Vegas, which allegedly had everything to do with reciprocal gang violence.

So for this week’s Throwback Thursday, let us pay our respects to the lyrical genius, Biggie Smalls, with his tune “Sky’s the Limit:”