A Tale of Two Bands: The Bronx & Mariachi El Bronx Coming to Denver

There’s nothing more punk than subverting expectations, and that’s what makes Los Angeles hellraisers The Bronx so punk. The band’s name, which suggests New York, is the first great trick the band ever played on audiences. Then there are the band’s albums, which have been simply titled The Bronx since 2003. Now the band is touring and putting out albums as Mariachi el Bronx, embracing their Latin heritage and going full-on mariachi. Just when you think you have the band completely figured out, they surprise you. Over the last decade, The Bronx’s sound has morphed away from hardcore punk towards hard rock, but The Bronx will be punks at heart. 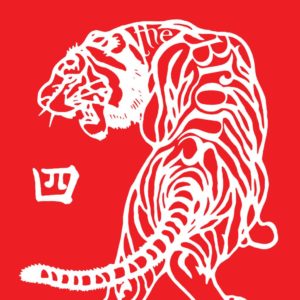 Founded in 2002 in L.A., The Bronx quickly received attention from major labels after only a dozen or so live gigs. Rather than make a deal with the devil right away, The Bronx opted instead to put out an album on their label first. The band was so promising that ex-Guns n’ Roses guitarist Gilby Clarke produced the band’s debut album. The Bronx put their second album out through Island Records, but a mainstream label wasn’t where the band belonged, and the band scaled back and returned to an indie label. In 2006 the band started experimenting with mariachi music, which led to the birth of Mariachi el Bronx. Surprisingly, the band released a full-on mariachi album in 2009 and another in 2011. And though the band found new success as a mariachi band, The Bronx remain first and foremost an impressive rock band. Last year, The Bronx released their fourth album, which steered more towards hard rock and metal than punk. And though The Bronx has doubled their creative workload, the band’s music remains as inspired as ever before. The band is so notorious for putting on fantastic, high-energy live shows, which makes the band’s upcoming Denver concerts so exciting. On April 18 fans can check out The Bronx at the Bluebird Theatre in Denver. Then on April 19 the band, as Mariachi el Bronx, will open for Slightly Stoopid at Red Rocks. These will be two very interesting, very different shows that will both be worth checking out. Check out the video below for “Youth Wasted” by The Bronx: And “Holy” by Mariachi el Bronx: