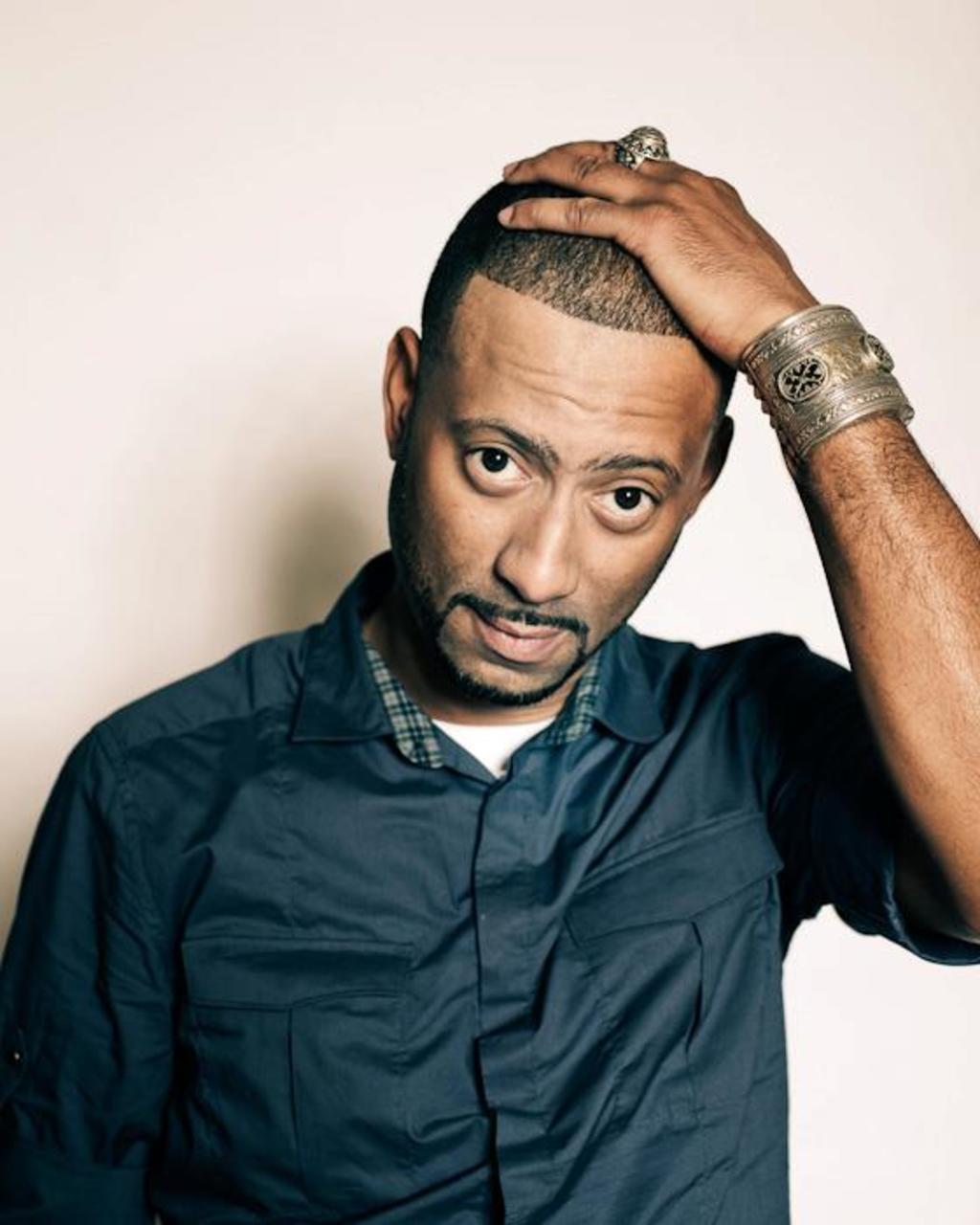 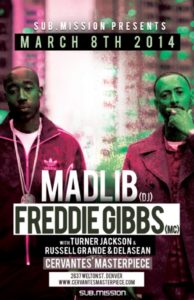 This Saturday, Denver’s own Sub.mission presents Madlib at Cervantes Masterpiece in Five Points. Madlib — AKA Otis Jackson Jr. — is a DJ, rapper, producer, and a self-described “loop digga.” He is best known for his selection of samples from obscure old records and his ability to blend them together to create unique beats. Madlib has been making music since 1993, and in that time, he has collaborated with well-known artists like J Dilla and MF Doom, and started a schizophrenic side project featuring his imaginary friend Quasimodo, who became almost as big as Madlib himself and

released numerous albums on his own.

Madlib will be DJing rather than rapping at this weekend’s event, and well-known rapper Freddie Gibbs of Str8 Slammin’ Clicks will MC. The show will be opened by well-known local rap act Turner Jackson, as well as the up-and-coming Russell Grand & Delasean.

Doors are at 8pm, and tickets are $20 in advance and $25 the day of. Come out to see some legendary hip-hop and support the local scene!

DENVER FASHION WEEKEND IS RIGHT AROUND THE CORNER, GET YOUR TICKETS NOW!

PURCHASE SEATS / TICKETS BEFORE THEY SELL OUT