There are three Pink Floyd albums that are universally regarded as five-star masterworks: The Dark Side of the Moon, The Wall, and Wish You Were Here. Switch on a classic rock radio station anywhere in the world and you’re bound to hear a song from one of those albums within an hour. Besides being exquisite examples of progressive rock, these albums helped to define the 1970’s. Hearing the dark, spacey music of Pink Floyd through a set of earbuds is a poor substitute for hearing the songs performed live. Luckily, the music of Gilmour and Waters will be performed by Minneapolis rockers Soap starting this week in Colorado. 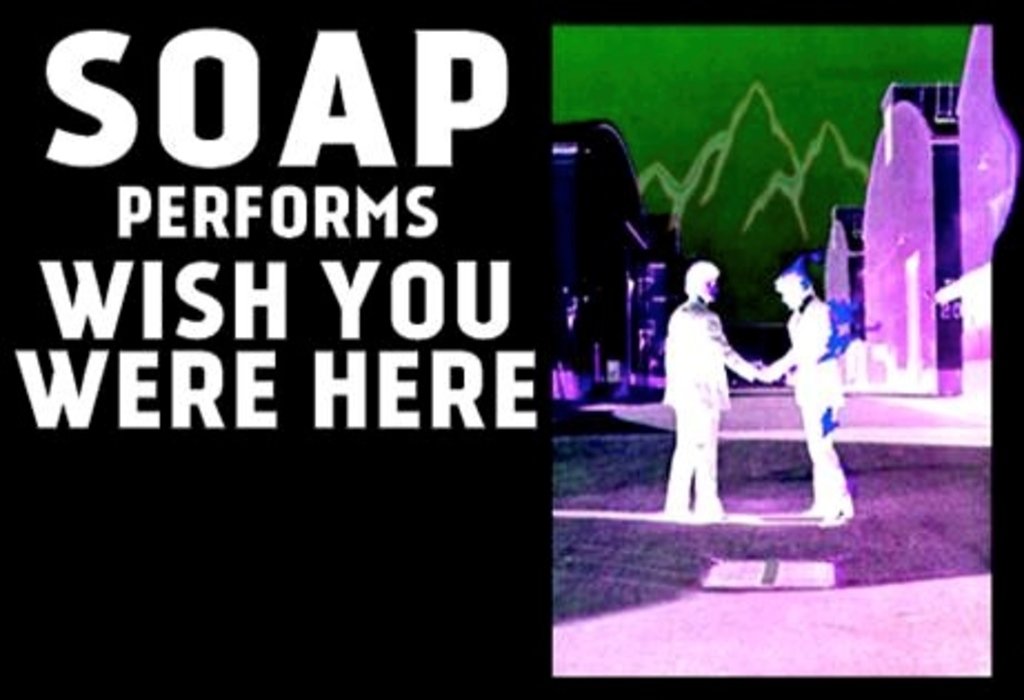 Who are Soap? They’re a four-piece band that play what they describe as “dance infused rock.” The band plays a mix of jazz and progressive tinged rock, sound familiar? Though big fans of Pink Floyd, Soap has covered a wide-range of artists from many different genres including Dire Straits, Led Zeppelin, Madonna, and The Notorious B.I.G. But Soap is more than just a  tribute band, they also have three albums worth of original material. Soap formed in Chicago before the band relocated to Minneapolis in 2007, where they’ve grown a following. When not making the rounds on the festival circuit, the band can be found weekly at The Cabooze, a renowned Minneapolis club.

Starting Friday March 21, Soap will begin performing Pink Floyd’s 1975 classic Wish You Were Here in its entirety here in Colorado. Wish You Were Here contains classics like “Have a Cigar” and “Shine On You Crazy Diamond,” and is David Gilmour’s favorite Pink Floyd album. Soap’s six Colorado dates, listed below, should give Floyd fans plenty of opportunity to get out and experience the music of one of rock’s biggest bands:

And for a sample of Soap covering Pink Floyd, check out their cover of “Us and Them.”