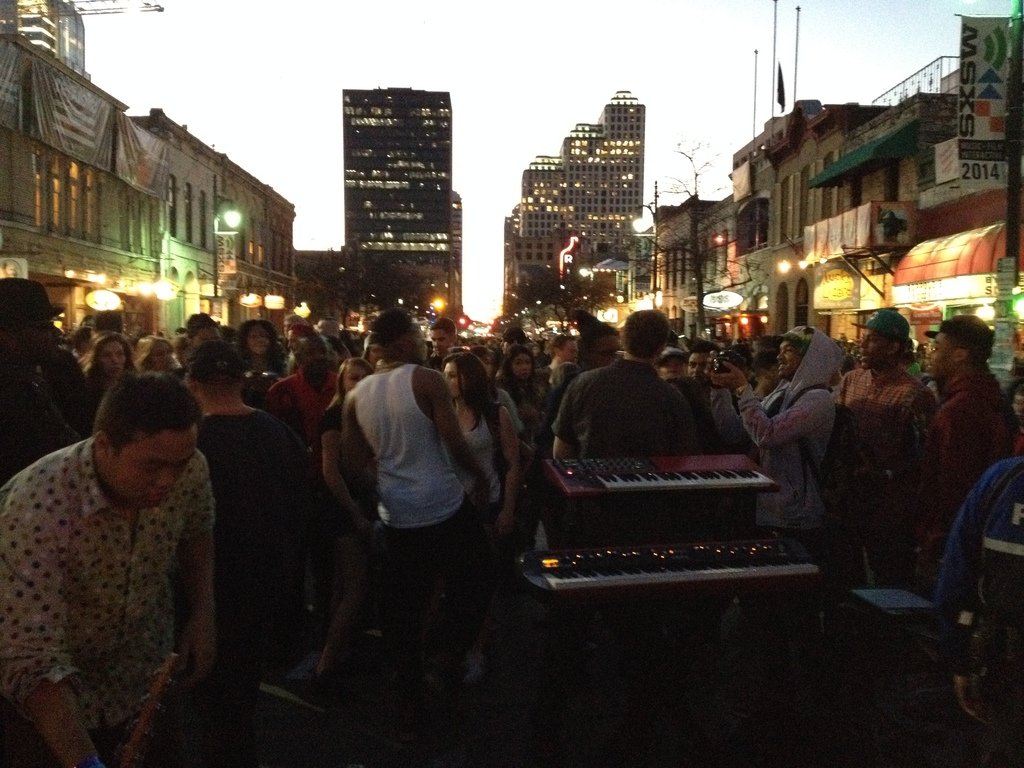 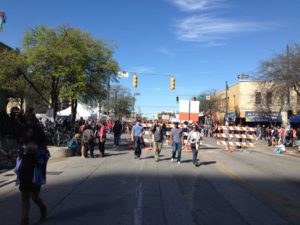 SXSW is not for the faint of heart. Everything is expensive, there are throngs of people and there are more lines than an after party at Lindsay Lohan’s house. If you’re a music fan, though, or a music writer, like me, it’s content creation heaven. It might take a little hell getting here (Austin is a cool 900 miles from Denver), but once the tough gets going, the going find beers and rides it out.

We left Denver’s gorgeous blue skies behind on Wednesday afternoon and started on the long haul to Texas. I’m flanked by my favorite group of art hooligans from Welcome to the D.O.P.E Game who are playing the All Hip-Hop.com showcase tomorrow afternoon with Mobb Deep, A$AP Mobb and more.

Energies were high as we prepared for the trip. We all agreed on one thing: no weed would cross state lines. Big shout out to Texas, but we all know it’s the last pla 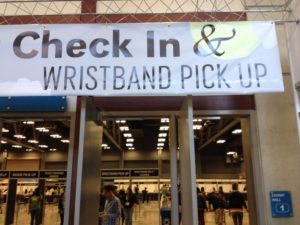 ce you want to get knocked for having drugs in your possession.

To that end, when we saw the first sign of flashing lights in our rearview, we knew it was because resident hippy MC Rob 4 Real was turned up on the gas pedal (going 87 in a 75mph) as we crossed into New Mexico. The officer was nice about it, gave him a warning and we went on our way.

As we pulled into Garza County Texas hours later, though, we wouldn’t be so lucky. After a steep decline of speed limits in a short period of time, we were hit with the flashing lights once again. This time for a slight seven miles over. Turner Jackson was in the passenger seat with myself, Jeremy Pape, producer Infamous Jones, and rapper Tommy Brown bringing up the rear. When the officer asked if there were guns, weapons or drugs in the car, we knew this wouldn’t be just a routine stop.

Had there been a jig, it would have been up once the officer asked Rob to step out of the car. When he came back and requested, first Turner, then the rest of the motley crew, exited the vehicle as well. We grew even more nervous.The officer informed us he “smelled marijuana in the vehicle,” which we knew to be categorically untrue because Rob was adamant about no smoking in the car. He lined us up against a wall, and before we knew it, a K-9 and his human were excitedly running around Rob’s van.After a “positive hit,” by the drug dog, the officer proceeded to turn our bags inside out and search the vehicle thoroughly. 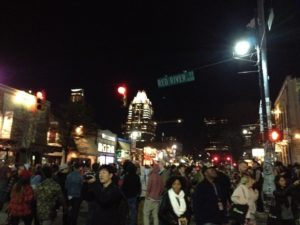 While the search was happening, an officer lectured us about the effects of marijuana on our gene pool and made numerous jokes about Colorado’s recent weed laws. We kept it cute with him, but knew the whole thing was a farce. After about an hour, they found nothing and begrudgingly sent us on our way.We breathed a sigh of relief and made  it the rest of the way to Austin without incident. After picking up artist badges and wristbands, which are the holy grail of access out here, we set out to see some music. Up-and-coming MC Raz Simone was performing in the middle of the street, much to Jeremy Pape’s delight, while Ty Dolla $ign and The Migos were on deck for a showcase associated with Vice and Noisey. Little Dragon played Red 7 to an over capacity crowd, while Tyler the Creator almost started a riot, as per usual.

We ended the night with dead phones and a better idea of navigating tomorrow’s craziness, which includes Aloe Blacc, Allen Stone (care of our friends at Grunge Cake), The Fools Gold showcase, and more.