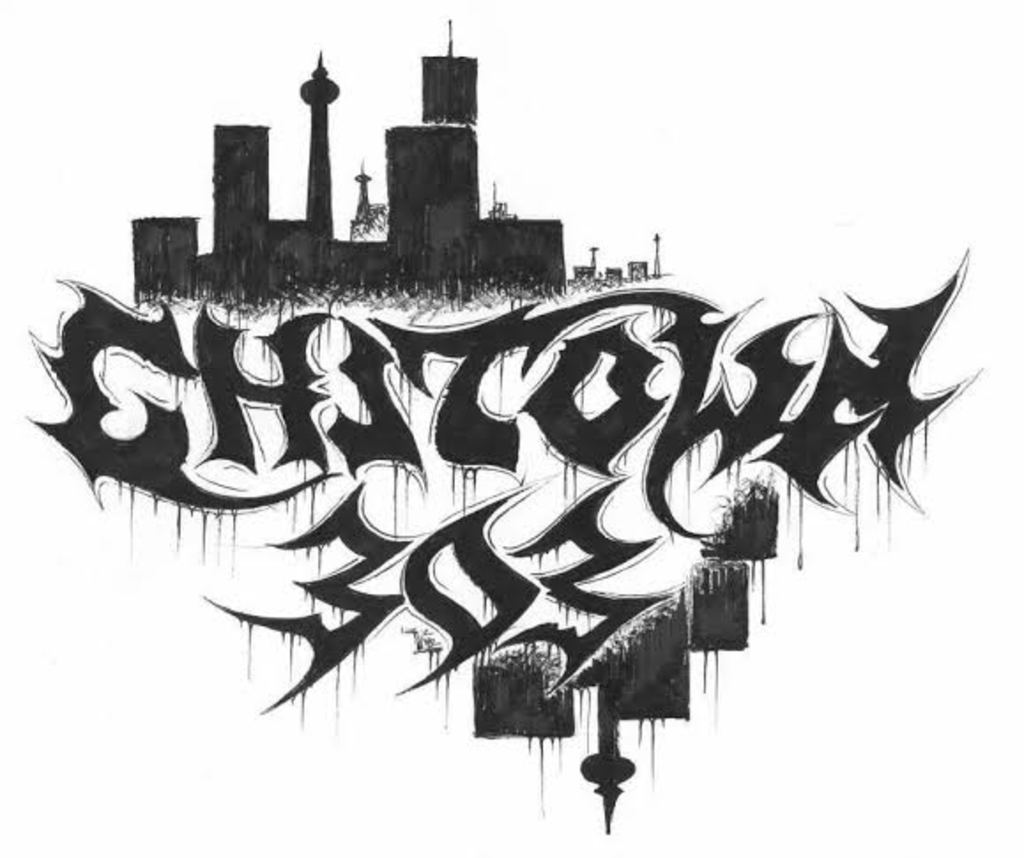 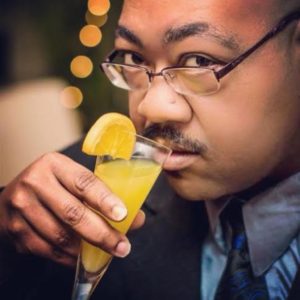 Brandon Davis, AKA Raven, has been taking the underground metal world by storm since 2006, when he started his Raven Eggs and Kegs radio show online to spread the word about heavy metal, and the music made by some of his friends. Now, he is looking to take the rest of the entertainment world by storm, in the form of his new show, Chitown303. On this show, Raven will branch out from the metal he is known for, to cover jazz, drum n’ bass, down tempo hip-hop, and much more. He also plans to re-launch his record label, book more shows, and just generally, in his words, go for global domination. Recently, I sat down with Raven at Gypsy House to have coffee and talk about what he has in the works.

303: How is Chitown 303 going to differ from the Raven Eggs and Kegs Radio Show? What are you going to cover with this show?

Raven: Chitown303 is going to cover all genres of music. It is basically going to cover hip-hop, jazz, down-tempo, chillout, metal, 80s, and gothic industrial. And my Monday show is gonna be the big show, that’s the one where the format is nothing but unsigned local artists worldwide. So, I’m going to be encouraging talent buyers, managers, and promoters to listen to the Monday show because there is gonna be a lot of talent. It’s gonna be a mixed format. That’s gonna be the show for people to actually look for new talent.

303: What type of stuff do you cover now, with your current show?

The Raven Eggs and Kegs show is gonna stay metal. I’ve incorporated it into the Wednesday format, which is all metal, so it’s gonna be 24 hours of heavy metal. It’s all genres, from black metal where I started from, to death metal, speed, and thrash. It’s just gonna be heavy metal, period.

303: What made you decide to start a new radio show?

Well, I’m originally from Chicago, so I grew up with house music, urban music, and the thing is, when I started doing radio in 2006, it was literally talk radio, NPR style. I would interview small business owners, magazine publishers, up-and-coming artists, I didn’t care who they were, I just wanted to interview them, you know, like NPR. Then one of the bands that I interviewed gave me some music to play when I interviewed them, so I added it in, and they told their friends, and more people started sending me music. I’m like “I want to do talk radio!” but everyone was sending me music. So, now the format went from 90% talk, 10% promotion, to 80% music, and less talk. It used to be called Raven Interviews, and then I just went ahead and changed it to Raven Eggs and Kegs, since it was a morning show. So now, in 2014, because I have such a love for music, and I support a lot of the DJs, performers, and rappers, but because I have such a metal following, my fans won’t go to those shows. So, I decided to branch out, and because I have such a good network, it was able to take off quickly. 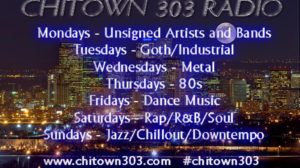 303: Who are some of your favorite bands, and what got you into metal?

I got asked that in a previous interview … Some of my favorite bands … I like Iconoclast, long-time friends…I like Havoc, Punch Cabby back home in Chicago, there’s so many. Sylo … I’ve covered Cradle of Filth, that was cool. I’m pretty good friends with Mike from Warbringer, so I know a few people here and there in the scenes. Vital Remains, Dark Funeral, there are so many bands, I’ve met so many people through the years.

I’ve been into metal, I just got really full-blown into metal when I started the Raven Interviews show. A majority of the music submissions were heavy metal. When I first moved out to Colorado in 2007, the very first band I went to see was Born in Winter. The next one was Devil Got Five, the third was Saved by Ruin, now they’re called Combustion.

303: What do you think of the Denver metal scene?

The scene is great, I just think their needs to be more unity out here. There are sections where people can be what I like to call territorial. Certain promoters book certain venues, and it’s hard for other promoters to get in there. So I think people need to get off their high horse and stick together. Overall, it’s a great scene. I go out to the shows and support it. I love it. It’s great.

303: In your opinion, how does Denver compare to Chicago? How do the metal scenes compare?

Because Chicago is a bigger city, there’s more stuff going on, on any given day. You could find a metal show in Chicago, and two doors down would be a rap show. Denver is a growing city, and especially with the legalization, I think Denver is about to have a big boom. But, you’re looking at a major metropolitan city, and Denver is a lot smaller. I think that’s one of the reasons why the metal scene out here is a little territorial, because it’s not as expanded. Out here, you have mountains, and people want to ski and do things, they don’t always want to just go to shows. There are different areas for different things here – if you want a specific type of music, you have to go to a specific show. With Chitown303, I want to get to where I am booking different events with different promoters, and get all types of music going on all over town.

303: What is your goal or mission statement with this new project? What are you trying to accomplish with Chitown303?

I am going for global domination! Because I have my hand in so many different projects, music genres, and I’m also an entertainer. Because I have 23 years of experience and I’ve been doing this for so long, I plan on working with everyone and anyone. I’m going for domination in this entertainment business. Even if I don’t dominate, I’m going to put a nasty stamp on this business. I’m known in the underground metal scene, but I want to now be known everywhere, from fashion, entertainment, social events, hip-hop, drum n’ bass, dance music … I plan on just being a stamp on all forms of entertainment, period.

303: What other projects are you involved in besides the two radio shows?

I have an independent record label I started in 2003, Eye of the Storm Records. In 2006, radio took me away, I was focusing on radio. One of the main reasons I started doing the radio thing full time and left my record label alone for a while … I started out with producing, and hip hop, and for any type of aspiring musician or artist, it’s hard to break those barriers, and get magazine or radio interviews, get through to sponsors, venues, producers, it’s hard. But now, I’m on the inside. Now, when I launch my record label again later this year, it’s going to be easier for me to get whoever I sign some press, because I am considered, technically, media. It’s going to be so much easier to break all that red tape, and just make a call or send an email.

I’m also a big gamer. I plan on doing a lot of gaming type tournaments. I’m waiting for my manager to get back to me about major league gaming and some other gaming tournaments, and I’m trying to work with sponsors, and possibly do stuff that would be streamed on Twitch. I play Lord of the Rings Online; I’m a huge Lord of the Rings fan, Company of Heroes, Guild Wars II, League of Legends, Final Fantasy XIV. 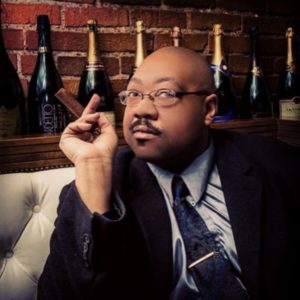 No, it’s going to be multi-genre, DJs, performers, artists, bands, singers, regardless of genre of music, if I think it can do well, I will put money behind it. I have music publishing through BMI, everything is copy written and published, so I’m an artist, but I have my stuff in order.

Chitown303 is live now, and the regular programming schedule for music will start on February 24th. To check out the live stream, go here: www.chitown303.com. You can also check out the show through the app Radionamy on computers and smart phones.