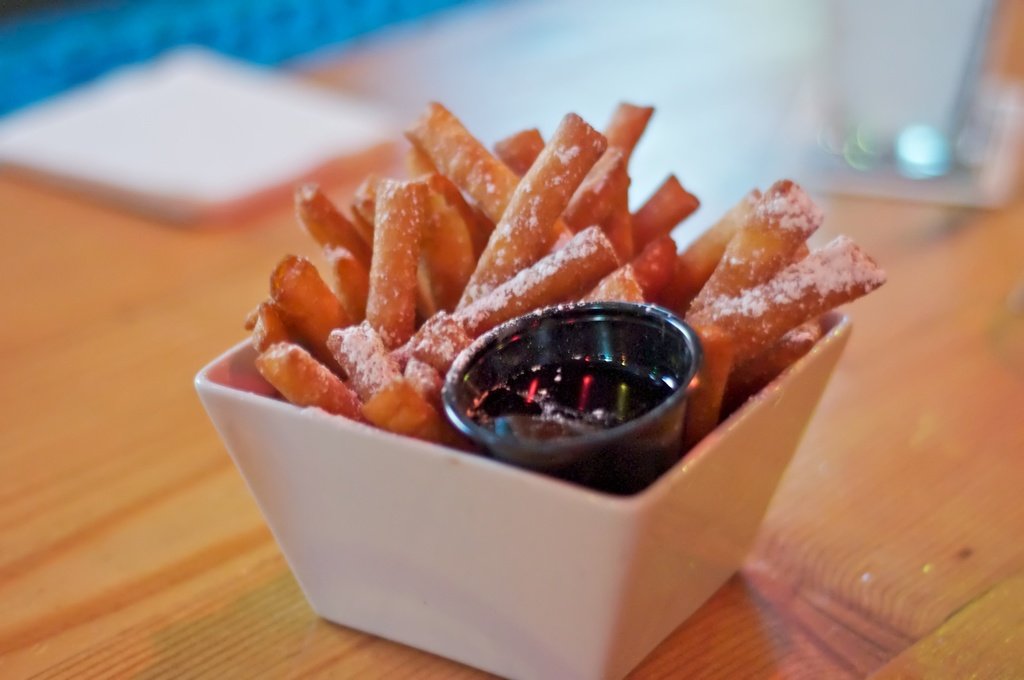 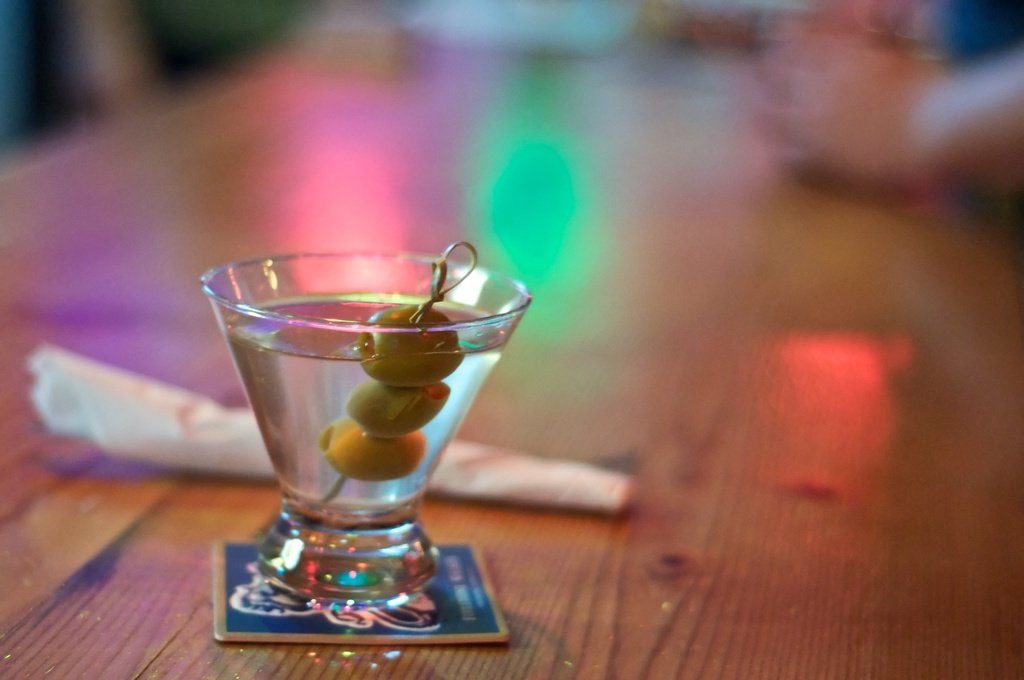 Where: 39th and Tennyson in Denver’s Berkeley Neighborhood

Pros: With a casual menu and extensive beer list, there’s no doubt that you’ll feel right at home with your date. The atmosphere and menu scream comfort.

Cons: There are two huge flat screen TVs in the bar area, so don’t expect to have a serious conversation – you’ll be too distracted. Ask for a seat out back if you really want to get to know each other. 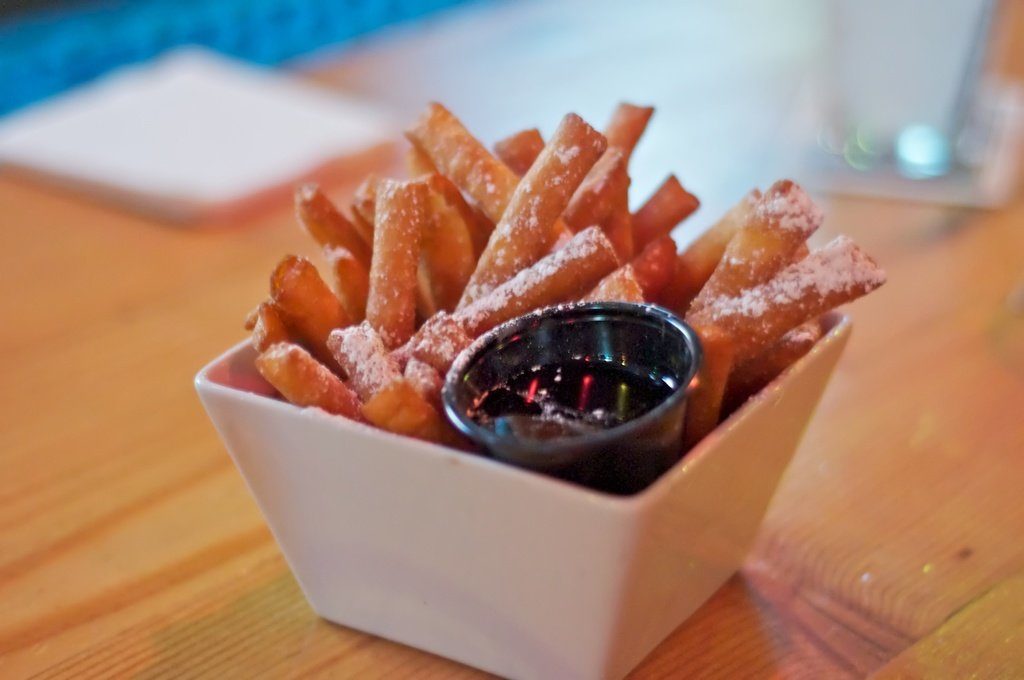 Funnel Cake Fries and a side of Honey. Photo by David Hach.

There’s a reason why West End Tap House was named the 2013 Denver A List winner for Best Neighborhood Bar. Not only is the food great and the beer flowing, but the atmosphere also creates an “everyone-knows-your-name” type of feeling. And in this case, our bartender and server Steve really did know almost everyone who walked in the door. For those he didn’t know, he and the other employees were quick to introduce themselves. If you are looking for something a little less formal but still packs great food and drink, West End’s ambiance creates the perfect setting for a casual date night.

No matter what you or your date has a taste for, West End Tap House has you covered in the drink department. They have a beer menu filled with various draft and bottled beers. Most are local to Colorado, with a few national breweries as well. If you are feeling adventurous, they also offer 22 oz. Bombers with a few select beer choices and a Bomber of the Month. Not a beer drinker? No problem – the bartenders have you covered. While sitting at the bar for our meal, we saw them concoct everything from martinis to group shots.

West End’s Small Plates menu is filled with an eclectic variety of starters that are easy to split. We opted for the Charred Brussels Sprouts. It seems like many restaurants are offering Brussels sprouts as the “Veggie of the Moment”, and West End’s version was one of the best I’ve had. Mixed with Lardons, cubes of pork fat, and caramelized onions, this dish was cooked perfectly. We also couldn’t pass up the Funnel Cake Fries, which were as delicious as they sound. Crispy funnel cake sticks served with honey made for a sweet treat and was a great dish for a date. 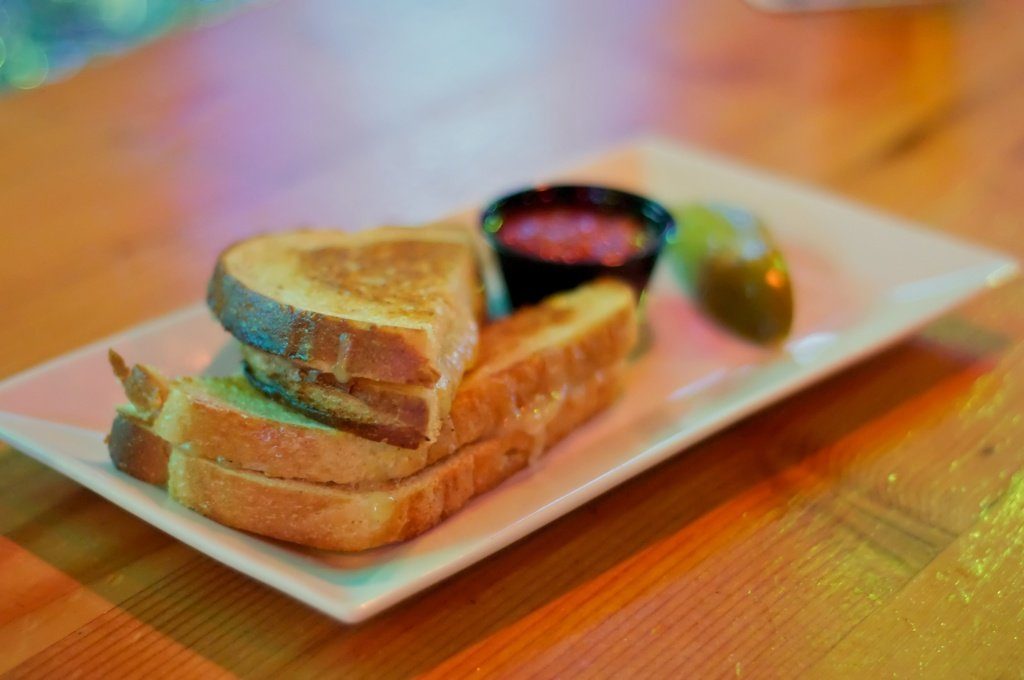 My boyfriend and I spent more time watching the Nuggets game than having romantic conversation, but when the entrees were served we were brought back to date night mode. I opted for the Grilled Cheese and a side of Belgian Style Fries. Served with Tomato Jam, the sandwich was a great option if you are looking for something on the lighter side, since it’s served on its own. In my opinion, the Belgian Fries were too hard to pass up, especially since they are house prepared with a choice of house made dipping sauce (I’m a sucker for dipping sauce). My boyfriend chose the Bangers and Mash and I was sure glad that he did. West End’s take on this classic entrée of sausage and mashed potatoes was delicious. The dish was heavy on their Brown Onion Gravy, making each bite delectable. While it was definitely enough to share, be warned that your partner may not want to.

All in all, we really enjoyed West End Tap House. A great comfort food menu with an upscale twist, West End Tap House is the perfect place to take a date that isn’t looking for all of the stuffy bells and whistles of a fancy restaurant. Head here instead and you’ll get a great meal and a casual vibe  that you can call a home away from home.

Photos by David Hach for 303 Magazine.