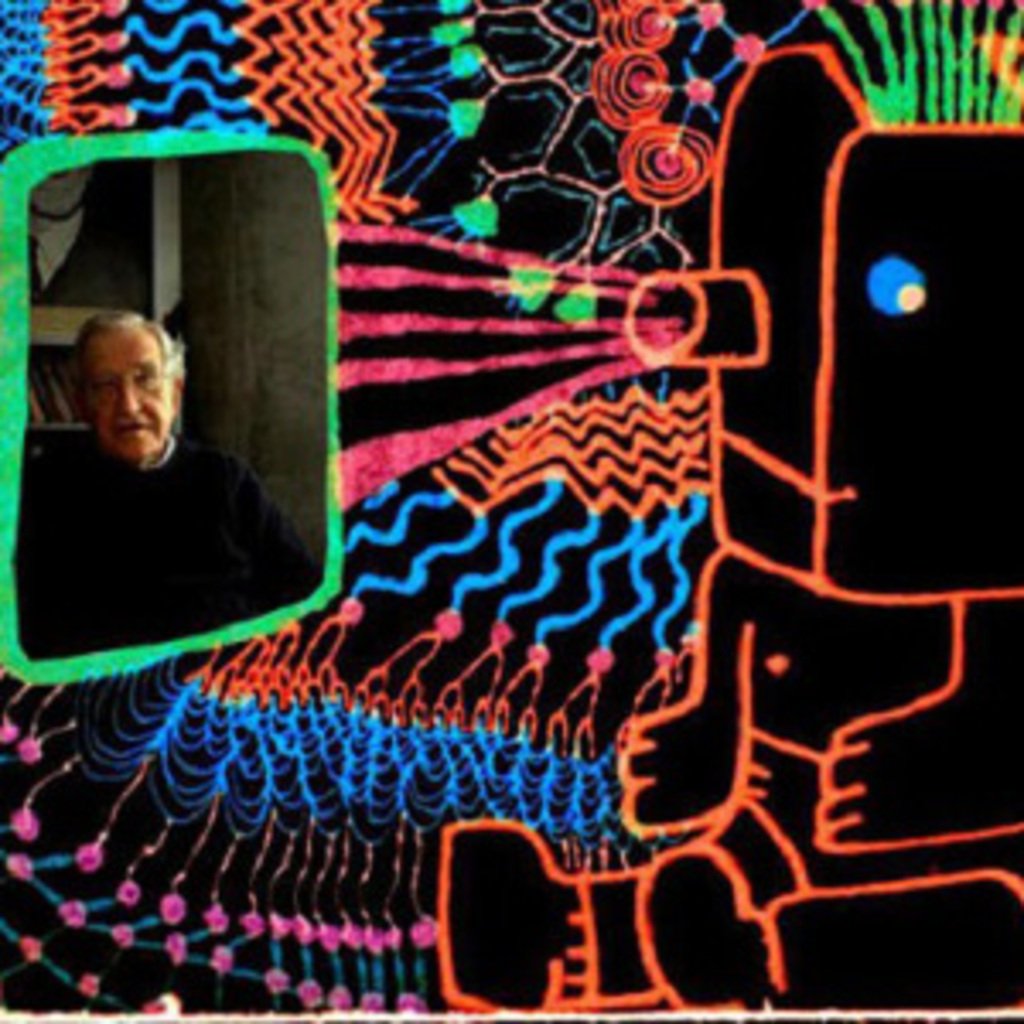 IS THE MAN WHO IS TALL HAPPY?
Courtesy of Sundance Selects

IS THE MAN WHO IS TALL HAPPY? opens today at the SIE Film Center. The film is an animated discussion between one of America’s foremost intellectuals, MIT professor Noam Chomsky and the French filmmaker/animator Michel Gondry. The discussions were recorded over several conversations between the two in 2010. Gondry is an experimental filmmaker who has directed loads of cutting edge music videos along with feature films ETERNAL SUNSHINE OF THE SPOTLESS MIND and THE SCIENCE OF SLEEP. For this documentary he created a wide variety of complex animations that illustrate the many concepts and ideas that Chomsky talks about. He creates dazzling images and effects to go along with Chomsky’s mind bombs, especially when the professor talks about his first great passion – linguistics.

Many will know of Chomsky’s highly-critical writings about American empire and its foreign policy, even Matt Damon name-checks one of his books (Manufacturing Consent, co-authored with Edward Hermann) in GOOD WILL HUNTING. Chomsky has been called all kinds of things – controversial, traitor, etc –  from both sides of America’s stunted political spectrum. What Gondry’s documentary features is more of Chomsky’s investigations into language and this is where his psychedelic images meld perfectly with the ideas. You’ll leave the theater with a hungry brain that will want to stay up all night discussing language, life, the universe and everything else.

The DFS brings in Go For Sisters, the new John Sayles picture, his 18th. He filmed a movie here in Denver once called Silver City. This modern-day, odd couple crime flick stars Edward James Olmos, LisaGay Hamilton, Yolonda Ross and Hector Elizondo. It features drugs, prisons, the Mexican border and a disgraced, near-blind ex-LAPD detective once known as ‘the Terminator.’ What’s not to like there? The Great Beauty and The Broken Circle Breakdown move over from Landmark to return to the Sie Film Center fresh from their debuts last month at SDFF36. How good was the film festival this year, huh? Pretty damn good. They’ve also got some interesting, one-night only documentaries on the Stone Roses (directed by Shane Meadows) and Jamel Shabazz Street Photographer. Check out their website for times, tickets and more info. 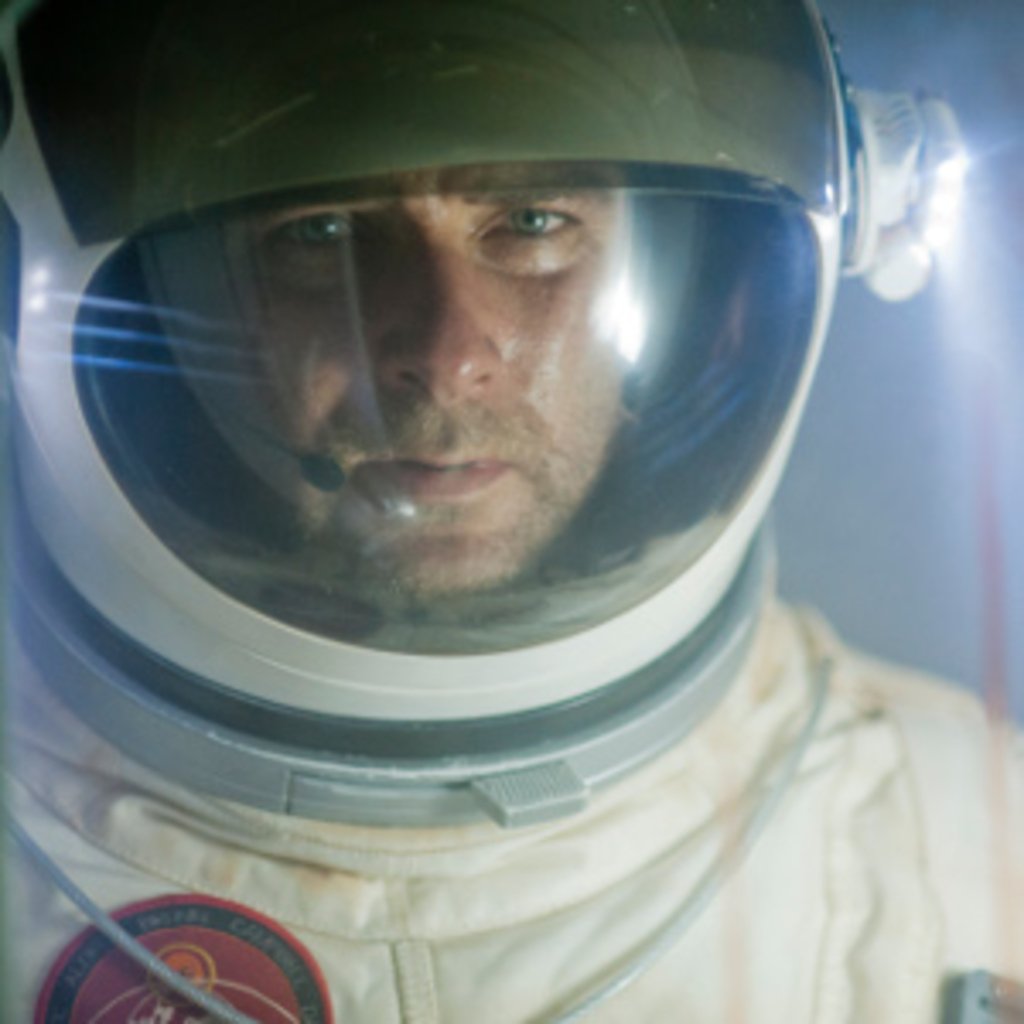 THE LAST DAYS ON MARS
Courtesy of Magnolia Pictures

What if you’ve been to Mars, looked all over for signs of life and now were about ready to fly back to Earth? Would you feel a bit bummed? More than likely. Now what if, at the last possible minute, one of the crew found that elusive sign of life on Mars? Would you do whatever it took to stay and keep searching? Of course you would, right? It’s a long damn flight back to Earth, who wants to come back empty-handed? This is exactly what happens in director Ruairi Robinson’s THE LAST DAYS ON MARS, starring Liev Schreiber, Romola Garai, Elias Koteas, Olivia Williams and Tom Cullen. This low-budget sci-fi flicks looks loads better than higher budget fare like this summer’s highly disappointing Elysium. The movie starts out as the Mars crew is preparing to head back to Earth when it morphs into a horror thriller. Cue the Mars Astronaut Zombies! This movie is more 28 Days Later then it is 2013 counterpart low-budget sci-fi movie Europa Report (which is an excellent movie). The proverbial shit hits the proverbial fan with madness, mayhem and murder ensuing. The Jordan landscape does a marvelous job substituting for Mars too. Solid genre flick with great visuals and decent acting .

The Last Days on Mars plays at the Chez Artiste. Check on times and tickets HERE.

Alex Gibney’s The Armstrong Lie documentary on disgraced bicyclist and pitchman Lance Armstrong opens at the Mayan Theatre. Gibney is one of today’s hardest-working filmmakers who seems to crank out two documentaries a year which are all usually pretty strong. Recent ones include Taxi to the Dark Side, We Steal Secrets: The Story of WikiLeaks and Catching Hell to name just a few. He began his film on Armstrong with the intent to document Lance clearing his name after years of scandal. As we know, things turned out differently.

Abel Ferrara’s 1981 low-budget female revenge flick Ms.45 plays Friday and Saturday night at midnight at the Esquire. The movie is female Death Wish riff with Zoe Lund playing a mute seamstress who is raped. Intent on not being a victim she instead turns into a one-woman vengeance crew dealing out swift justice on all scumbag men, This has long been a highly-regarded underground film.

The big Hollywood release this weekend is The Hobbit : The Desperation of Smug which is the second movie in a series of thirty-nine, three hour + films based on the popular book. In this one, the hobbits wearing ironic foot hair and make snarky comments online about the other shires not being cool.

As always, have fun watching movies and be nice to each other.