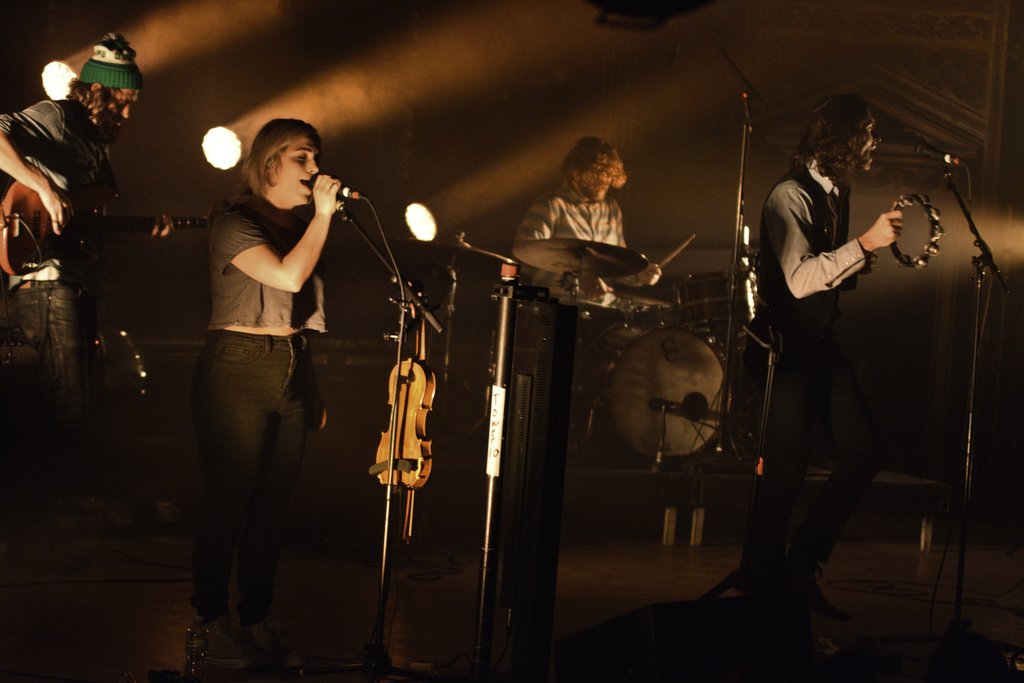 Hindsight: The Head and The Heart Sells Out Two Nights at Ogden Theatre 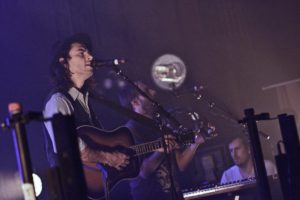 I first saw The Head and The Heart about two years ago at Snowball Music Festival, and it took me all of two songs to fall in love with their poignant lyrics and Americana-indie sound. Ever since, I had been anxiously awaiting the chance to see them again.

Apparently, though, I’m not the only one, because last week, The Head and The Heart played two consecutive sold-out shows at the Ogden Theatre for an audience whose enthusiasm and support you’d expect would take more years to build.

When I first saw them in 2012, they had recently released their self-titled debut album, and still had the sweet innocence of a band that didn’t know how big they were about to become. Since then, the indie folk-rock band, which includes Josiah Johnson (vocals, guitar, percussion), Jonathan Russell (vocals, guitar, percussion), Charity Rose Thielen (violin, vocals), Chris Zasche (bass), Kenny Hensley (piano), and Tyler Williams (drums), have toured extensively in both the United States and Europe, opening for Vampire Weekend, Dr. Dog and My Morning Jacket, as well as headlining their own shows. 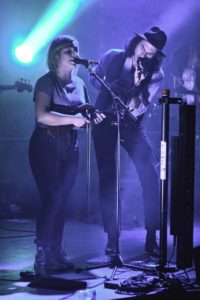 On Oct. 15, 2013, The Head and The Heart released their second album, Let’s Be Still, which evidenced their growth as a band and incorporated many new influences into their sound. On Friday night at the Ogden Theatre, it was clear that the members of The Head and The Heart are determined to push the existing boundaries of the folk-rock genre and prove themselves as not just another indie-rock band.

After opening with “Shake,” a standout song off of Let’s Be Still, The Head and The Heart entertained the sold-out crowd for the better part of two hours with a setlist that featured an even mixture of their two albums, including “Lost in My Mind,” “Let’s Be Still,” and more.

Singing along to nearly every word, the Denver audience showed no shortage of love for the Seattle band. In fact, halfway through the show, a man from the audience got on stage to propose to his girlfriend (she said yes.) If your music inspires an onstage proposal, things must be going alright.

As the show neared its end, the lights dimmed, and The Heart and The Heart prepared for the song that everyone had been waiting to hear. The band thanked the audience for the “awesome night.” Then, they began “Rivers and Roads,” the song that seems to capture exactly what nostalgia would sound like, sending the audience into their minds, into their memories, and then back to their homes to continue on with their lives.