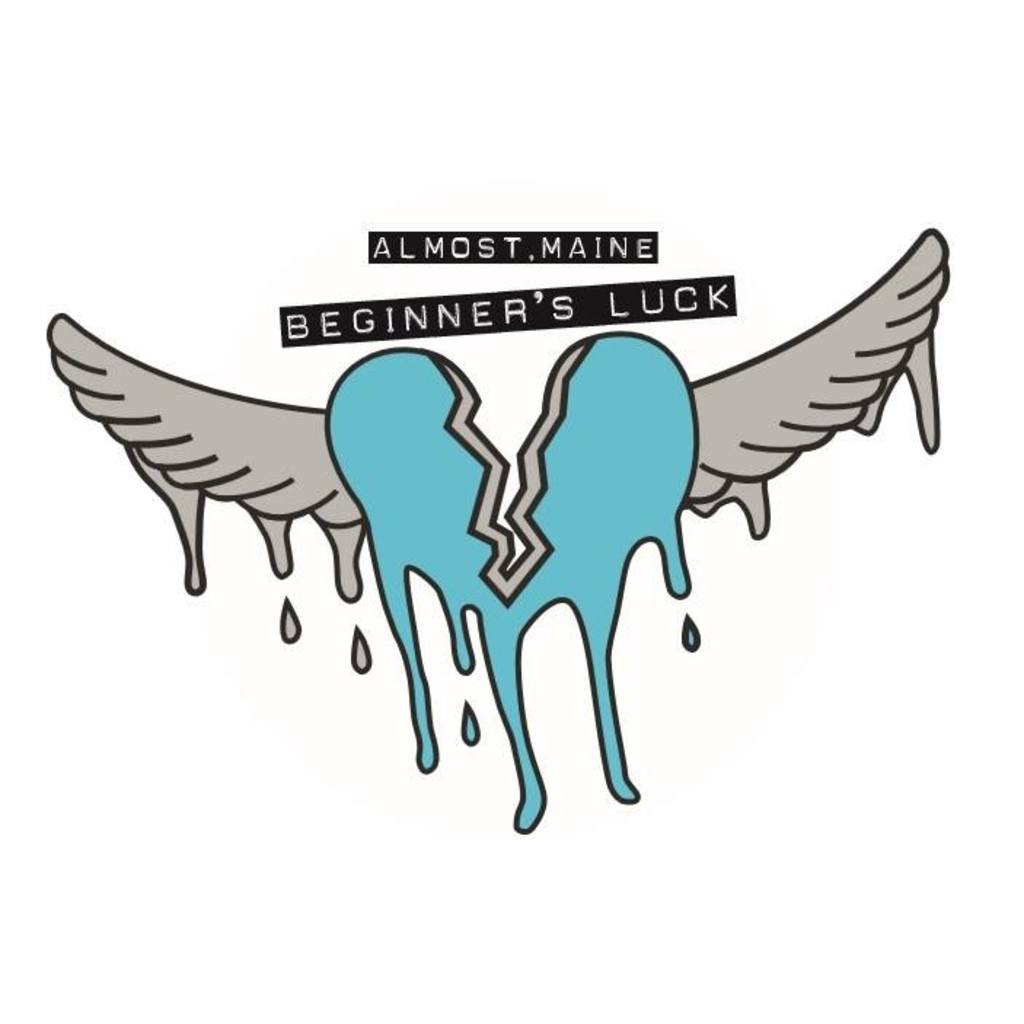 The Denver music scene has been in dire need of an up-and-coming pop rock group that has the right balance of musical intuition and musical sensibility. An attitude about making music that is deprived of all egotistical misconceptions and preconceived notions that the public has — honest music that comes from the heart. That group is Almost, Maine.

Whether it be their emotional overload that delves into superficial highschool romanticism or their struggles with modern day heartbreak, Almost, Maine gives it straight. Their six-track debut doesn’t necessarily redefine pop rock conventions, but it provides a refreshing taste of what the future holds for the next generation of musicians, bands and performers in all creative fields.

Beginner’s Luck, as a debut record, has a superb production quality about it (tracked, recorded and produced at Denver’s own Rusty Sun Audio) that thoroughly fills the void that many introductory bands and groups fall into when first releasing an album. Production quality shouldn’t be taken lightly, as it still remains a “qualifier” of sorts, separating serious, professional musicians from the rest. And on this debut, the teens in Almost, Maine take the audience through their own ails of monotonous suburbia, the trials and tribulations involved with “young love” and the almost inevitable pains of heartbreak and letdown.

Almost, Maine chooses to fuse their many musical inspirations (inspirations that one can imagine consist of bands like All Time Low and Blink-182) with their passion for upbeat melodies, hook-filled choruses and emotionally resolute lyrics that hinge on an entirely youthful perspective of life. (Opening track, “Suburbia,” is a prime example of Almost, Maine’s hook-laden pursuit, as vocalist David Dent relentlessly professes his disdain for the average life, “I’m stuck in this hell called suburbia/Stuck in suburbia.”)

This record hammers across a message that every teen can familiarize themselves with…through all of the melodrama, through all of the love and love-loss, it’s all a learning process, finding out who you really are, persisting through life’s many ventures and determining who you are going to become (“I’ll give it all/I’ve got to keep the pain at bay, until the blood begins to clot/But, I’m holding strong ’til the pressure’s all gone/And I’ll try to maintain my own consciousness,” on “Maintaining Consciousness”).

Dent really shines the brightest on the record, making his mark on Denver’s pop rock scene. Not only are his lyrics inviting, catchy, easily accessible and relatable, but his voice is a palatable complement to the grit of Almost, Maine’s electric guitar tone. (“I Told You So” and “Charade” are easily Dent’s best performances on the record, and the entire band’s for that matter.)

Dent exemplifies in both sound and perception, a youthful, charismatic version of early 2000s Alex Gaskarth (of All Time Low) with an invaluable hint of naivete and optimism that solidifies Almost, Maine’s refreshing honesty. (Here’s to hoping that an overvalued sense of self-worth and self-importance doesn’t catch up to Dent as the band progresses, as many musicians fall victim to success’ overpowering boost in self-confidence.)

Almost, Maine’s purest form of bubbly pop rock comes from the fourth track on the record, “Pillow Talk.” With its fair share of guitar harmonies from lead guitarist Sean Kellogg, rhythmic fluidity from drummer Adam Shaw and backbone bass consistency from Christian Stewart, “Pillow Talk” is a sonically balanced track. (It is arguably their most impressive display as a band, but not quite their most single-worthy track.)

Almost, Maine don’t break the mold by any means on their debut, Beginner’s Luck, but they do prove to Denver and to all of the pop rock music scene that they have lasting value, that they have the ability and sound to make a difference. A refreshingly optimistic way to end 2013 and to begin 2014.