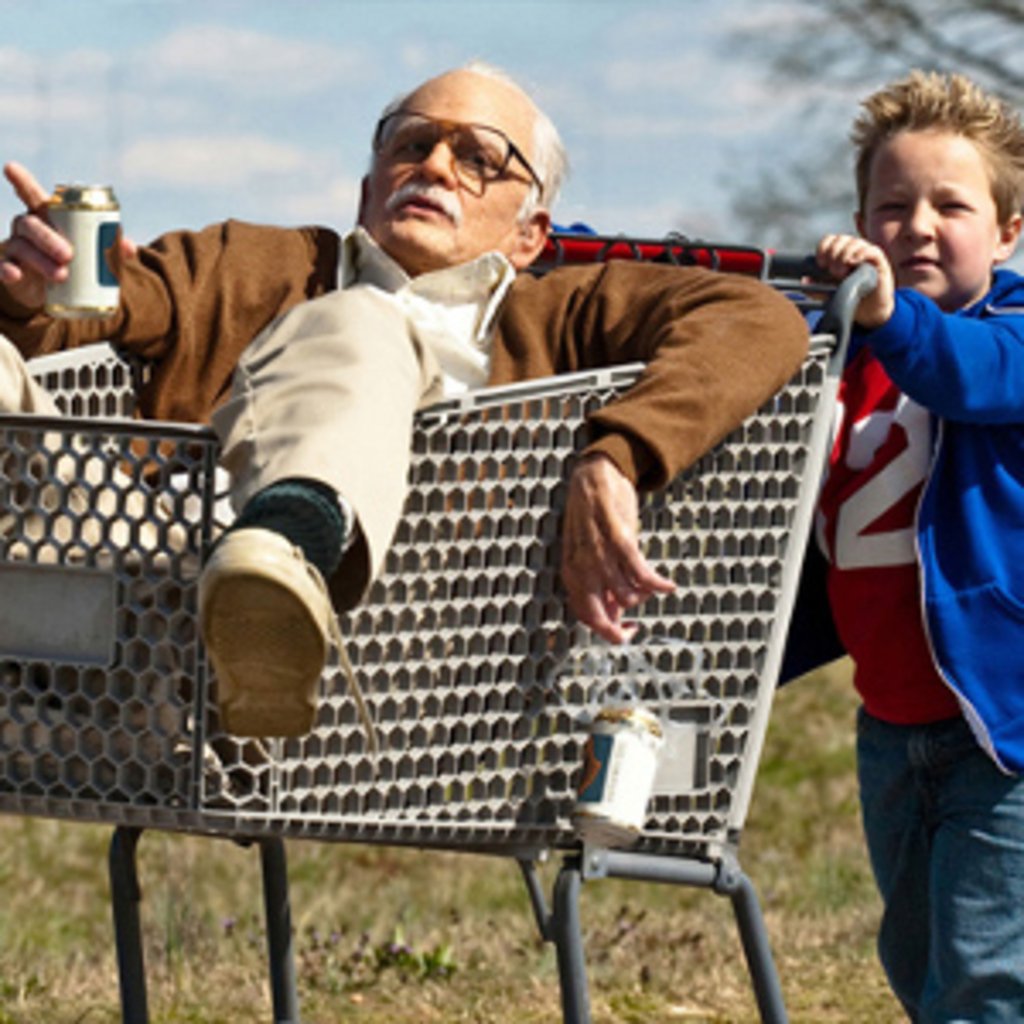 Directed by: who cares?

It’s a new Jackass movie starring JKnoxville as 86-yr old Irving Zisman, the titular Bad Grandpa. Irving goes on a hidden-camera road trip with his 8-yr old grandson Billy (Jackson Nicoll). Hilarity & insanity ensue as the two get into all kinds of mischief. JUST LOOK AT THAT PICTURE ABOVE! I know most of the Jackass stuff skews towards a more dude-demographic but this is Colorado, one of only two states that permit human beings to indulge in a certain something that can really make this movie fun for both sexes. Right? Am I right? I know I will go see this real soon, check my brain at the door & hope for some laughs for the 21st century update of Candid-Camera-meets-America’s-Funniest-Home-Videos-If-Everyone-Was-On-Drugs. I wonder if somehow the power Legalize It team of 7-11 & Peyton Manning are producers on this film? I mean, come on, those two just HAD to be behind Colorado’s legalizing of weed, right? You think it’s just a coincidence that there are 7-11’s on every single corner in Denver right at the same time as pot becomes legal? Or that the first thing the city’s Newest Hero does is buy like 20 Papa John’s pizza chains? I think not, methinks they didn’t need a weathervane to see which way the wind was blowing, a wind they were helping and for that I say “Thank you.” #Freedom #America #JackassMovies 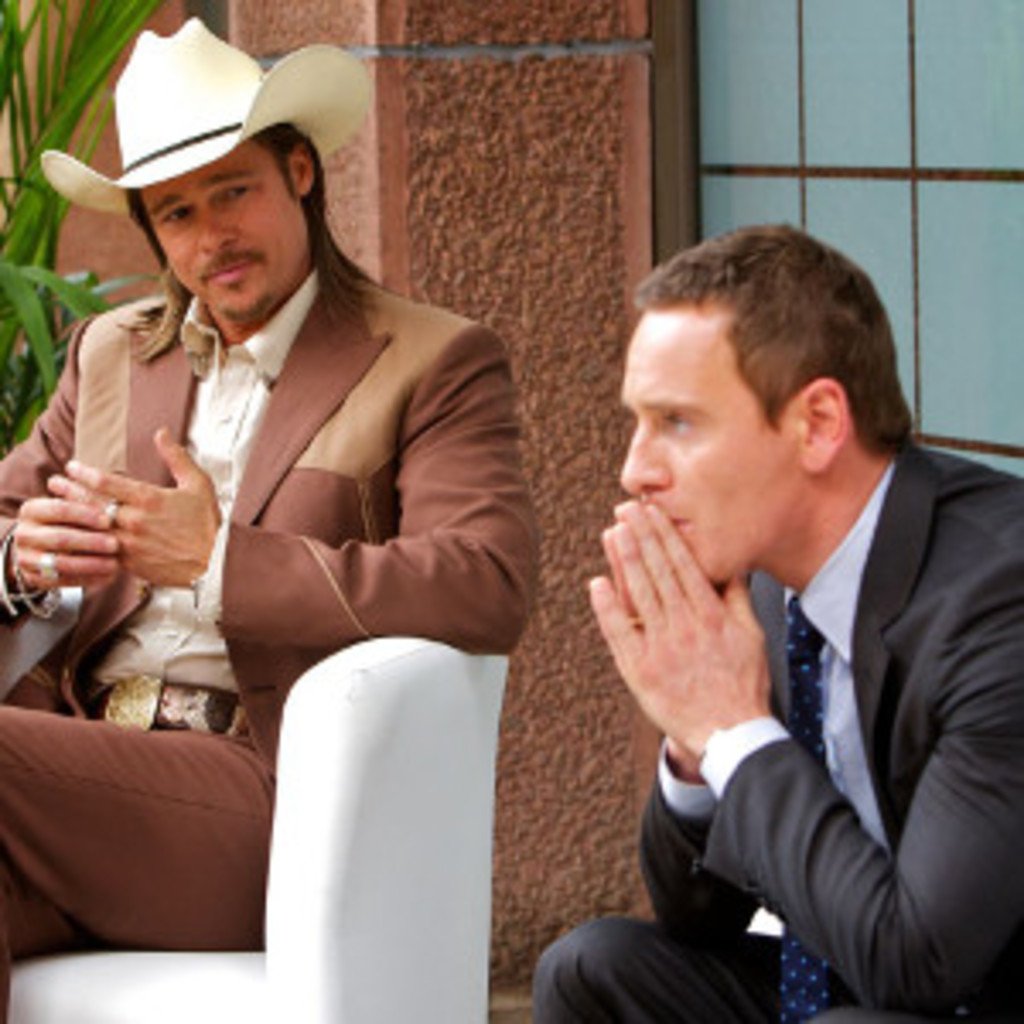 An ensemble sexy thriller starring loads of gorgeous movie stars directed by that old guy who directed Top Gun from a script by the writer of dark novels No Country For Old Men and others. What’s not to like about that? All right, this movie, even with it’s top notch cast (Brad Pitt, Michael Fassbender, Javier Bardem, Penople Cruz, Cameron Diaz and More) has sort of slipped under the radar. It’s that time of the year when loads of good movies angling to be the newest Oscar Bait Movie-of-the-Week. I don’t think is Oscar-worthy even with it’s cast since there has been virtually no buzz at all about the movie. But who really cares about award shows which are just elaborate marketing schemes that allow people in the movie biz to get together to pat themselves on the back? Right? I want to see this one because I love a good thriller and I just can’t get enough of Pitt & Fassy together. Wouldn’t you know it, the two of them also feature in another new movie which comes out next weekend – 12 Years a Slave, which from early reports is pretty intense. 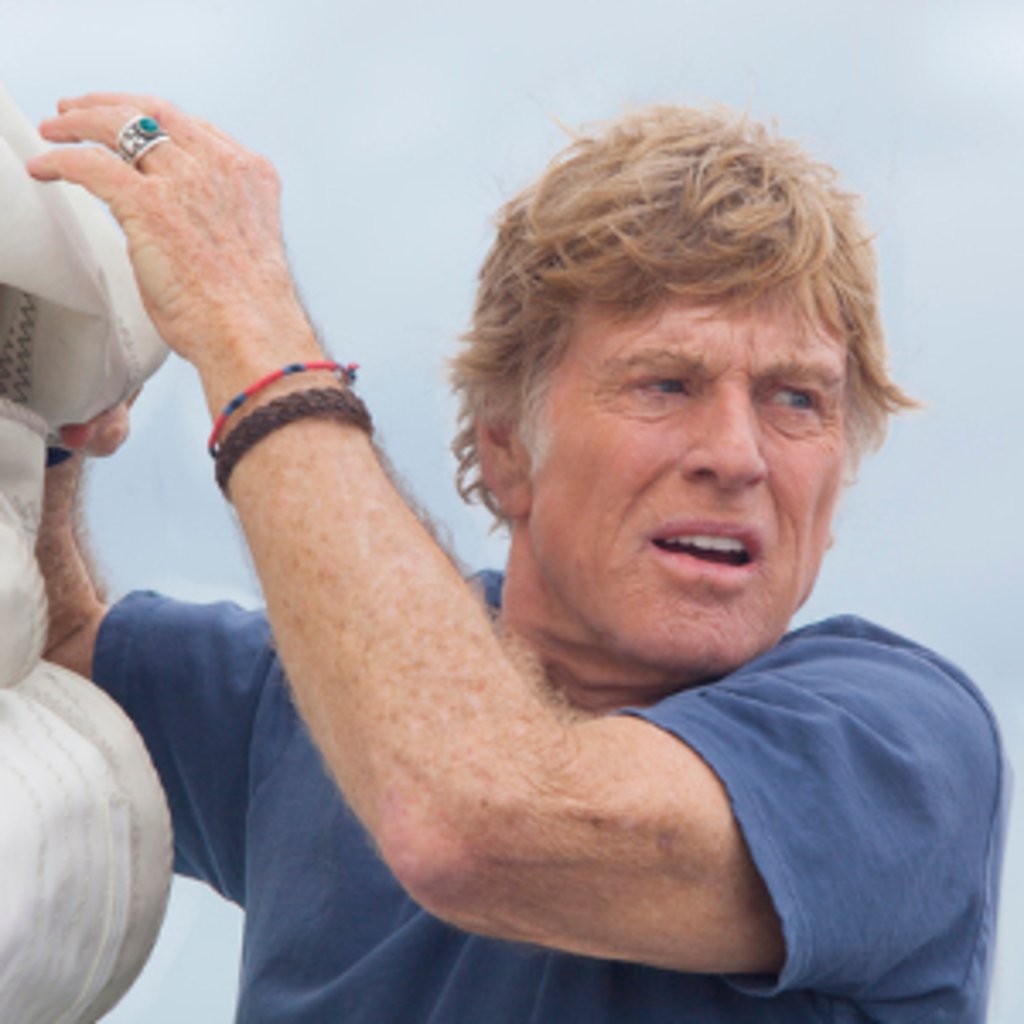 Well, this looks like this week’s newest entry into ‘Baby Boomers In Peril Cinema’ following up Captain Phillips from a few weeks ago. You see, this post-Recession economy has hurt the 99% but it has especially hurt the fragile egos of that Post-Greatest Generation, the Baby Boomers, most of 303 Magazine’s grandparents (and your humble reviewer’s parents) whom we of the GenX/Millenials Generations scratch our collective heads at as they’ve made the full turn from I-Was-There-In-The-Sixities-Man to angry screaming & placard waving of how Obamacare Will Destroy America! All right, I am generationalizing (neologism alert) here but were playing with loose concepts about ‘generations’ anyway, so just go along with me. You see, the Boomers are nearing retirement age and they are angry and befuddled about how the country’s politics got so messed up. They are no longer holding the levers of power anymore – political, financial, cultural – yet they do not quite want to gently into the night while those damned younger kids run the show. Movies like All is Lost & Captain Phillips can be viewed allegorically as dramatizing their struggles while pulling in us non-Boomers by using several of their generations stars, Hanks & Robert Redford. Or not, one is always free to interpret their culture around them anyway they chose, your humble reviewer pursues the quixotic quest that the stories we tell ourselves as a society and culture is important. OK, generational bloviating aside, early reports on this near wordless, one-man-against-nature film has been extremely positive. Writer/director J.C. Chandor burst into our movie consciences with the solid Margin Call, which was an engaging flick. Go check out this Old Man and the Sea-update and see if you can suss out a generational agenda.

Note – the New Movie Roundup that 303 Magazine readers have come to rely on for all of the hard-hitting information they crave about all of the important new movies to see each week is going on a mini-hiatus. No, we are not quitting – shaddup – we are turning our attentions to that glorious event that happens in Denver every single year for the last 36. You know what I am talking about right? After Halloween Denver gears up for the Starz Denver Film Festival put on by our friends at the Denver Film Society along with a handful of generous corporate sponsors. Stay tuned for loads of info on the vast array of independent, foreign and documentary films that you need to see at SDFF36.

Talking about the DFS, at the SIE Film Center, here’s their movies this week – Short Term 12, We Are What We Are & Plimpton! They also have a load of Halloween-Horror films starting with a one-week run of the documentary Birth of the Living Dead which focuses on the Godfather of American Zombie films – George A. Romero. They have several one-off showings too, like Dario Argento’s Dracula and The Phantom Carriage. See their lineup here.

On Tuesday, Oct. 29th, the folks at Landmark Theatres are doing a one-night only screening of F.W. Murnau’s unauthorized version of Bram Stoker’s classic novel Dracula, Nosferatu, the legendary vampire film. The wrinkle is they will have live musical accompaniment from Plastik Factory. If you have never seen an old silent movie with a live score than you are really missing out on a cinematic treat.

All right gang, remember – go out and watch some movies and be nice to each other.